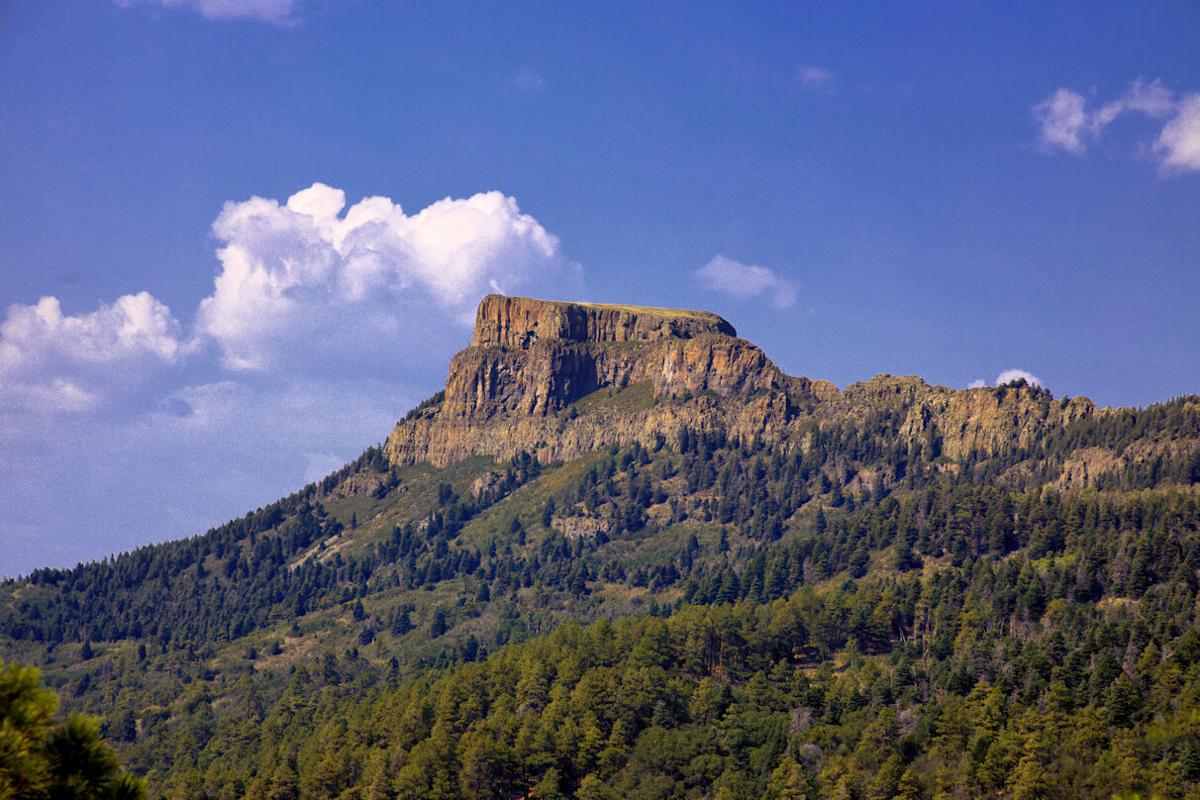 Fishers Peak as seen looking north in the park. 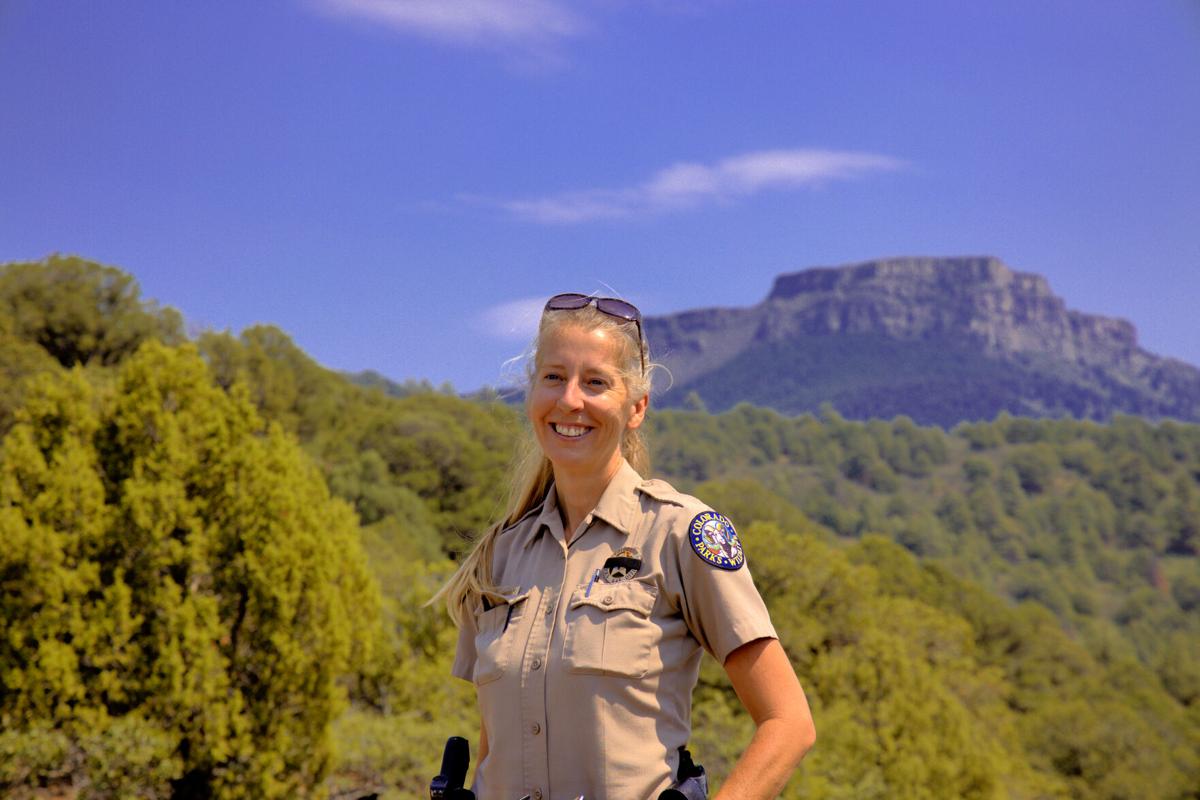 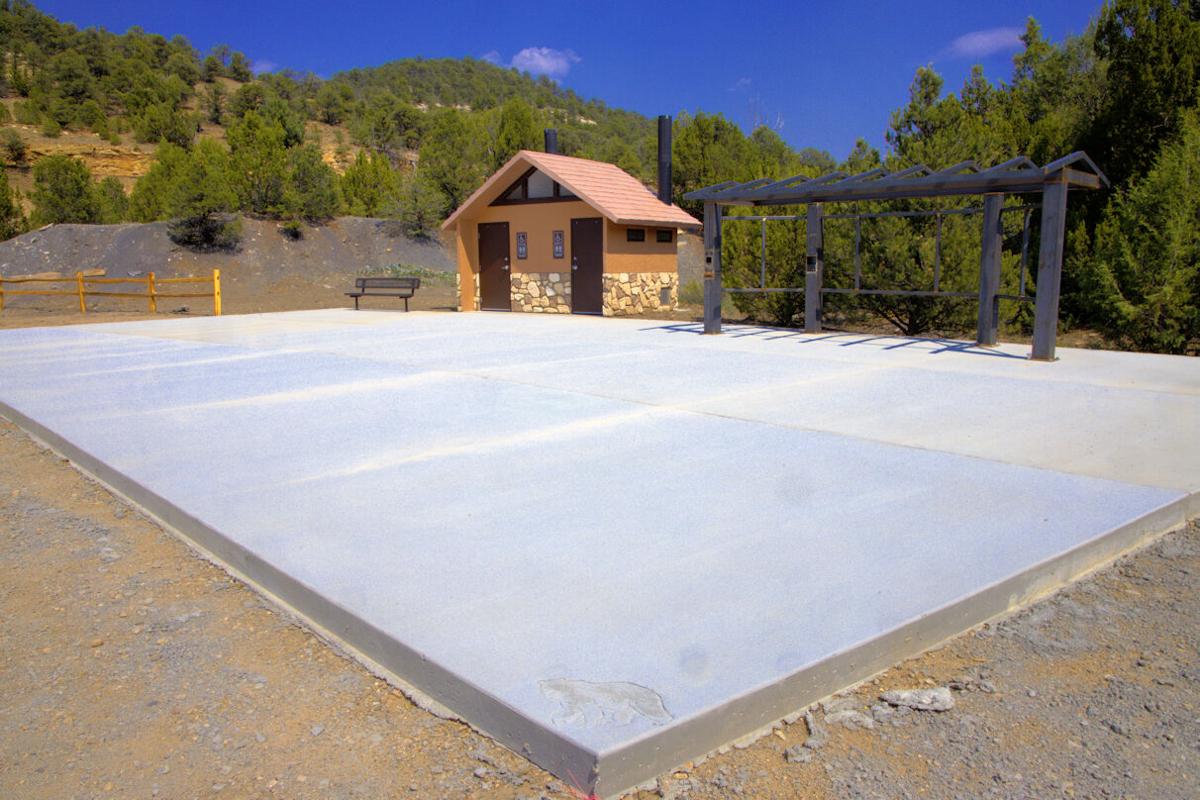 The first parking area and trailhead for park will have ADA compatible parking, pit toilets and informational kiosks.

Colorado’s newest state park is slated to open by the beginning of 2021, according to Colorado Parks and Wildlife officials. During a recent media tour, Fishers Peak State Park manager Crystal Dreiling said the sprawling parks initial — and limited — opening is to meet Colorado Governor Jared Polis’ wishes for the park to open as soon as possible.

According to Dreiling, who also manages nearby Trinidad Lake State Park, the initial opening of the park will provide very limited amenities, such as a parking lot with bathroom facilities, interpretive signs and very short trails. Dreiling said a master plan process for the park is underway, which will create a comprehensive plan for future development of the park. The master plan will rely heavily on input from the public, so that the park offers, as much as possible, what users want to experience when they visit.

The 19,200 acre parcel, which runs along the east side of I-25 from the Colorado-New Mexico border north to near Trinidad, is the second largest state park in Colorado, second only to State Forest State Park in the northern part of the state.  Fishers Peak is also the largest state park that is wholly owned by CPW. According to Dreiling, other large parks, like nearby Trinidad and Lake Pueblo State Parks, are made up of lands leased to the state by other agencies, such as the Army Corps of Engineers (Trinidad Lake) or the U.S. Bureau of Reclamation (Lake Pueblo).

Dreiling said Fishers Peak is home to at least 60 natural springs, a wide variety of wildflowers and wildlife, along with a number of houses built by previous owners of the park.  Whether any of the structures will be repurposed in the park will depend on their condition, location and suitability. Rough, rocky, and teeth rattling ranch roads wind their way through the property, and whether any of them survive to become hiking, cycling or equestrian trails remains to be decided.

"Given the size and complexity of the park, we see this as having a phased opening," said Dreiling. "We'll still be phasing in parts of the park 5 years from now." Cycling amenities, such as a beginner’s skills course and a trail system are envisioned by Dreiling as being some of the parts that will be phased in over the next 5 years, along with equestrian facilities and trails.

Dreiling also hopes to build a campground and develop dispersed camping throughout the park. A system of yurts, or something similar, that would be developed along a network of trails that span the length of the park, is part of a tentative, long-range goal of Dreiling’s.

A trail to the top of Fishers Peak itself, which dominates the skyline for miles around, is high on Dreiling's list of projects, but it's likely a few years before it will be built. A park headquarters and visitors center is also likely several years away.

The rapidity of the park's opening represents a new way of doing things for CPW. In the past, a state park wouldn't open until a master plan process was done, and then, the building of the park were complete — a process that could take several years before any visitor would set foot on it.

The allocation by the state legislature of $1 million of general fund (tax) money towards the construction of infrastructure specifically for this park also represents a departure from the norm, and seems to be another indication of a desire to open the park as quickly as possible.

Dreiling's message to potential visitors is to be patient while CPW works to build the park. For visitors wanting to hike, you will probably not get that experience until next summer, and even then, with only a limited number of trails to choose from.

Be Good. Do Good Things. Be Patient.