You are the owner of this article.
Edit Article Add New Article
You have permission to edit this article.
Edit
Home
News
Food & Culture
Opinion
Events
Best Of
Promotions
Multimedia
Digital Edition
Advertise
Donate
And More...
Share This
1 of 5 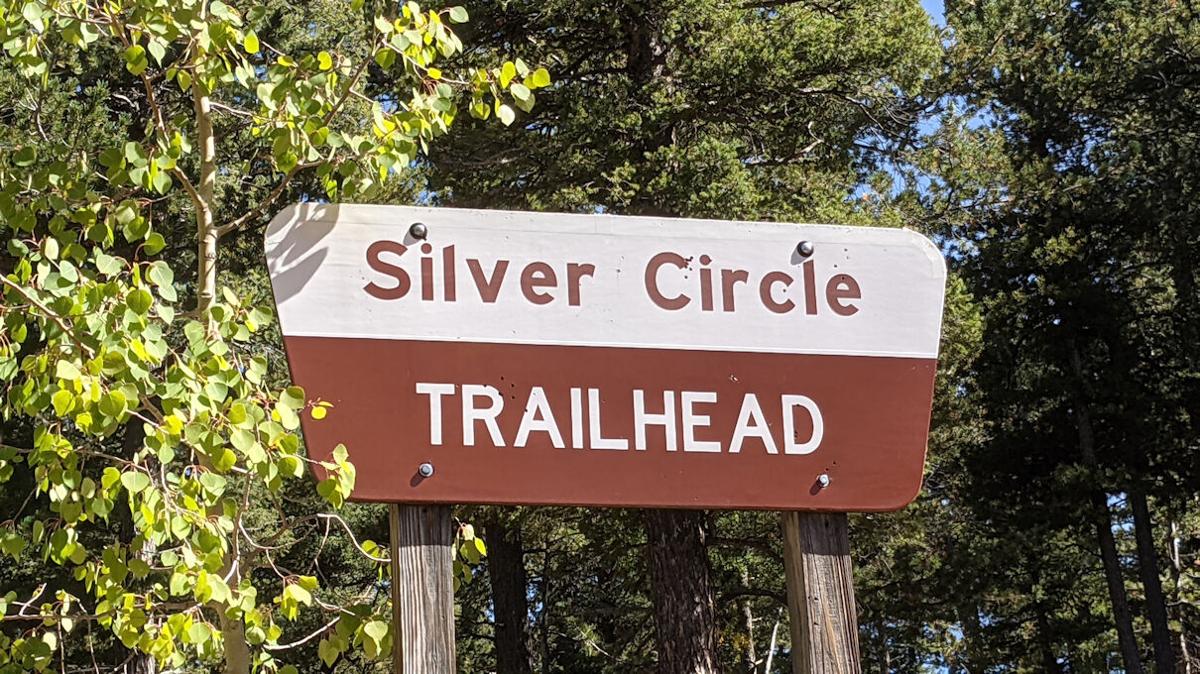 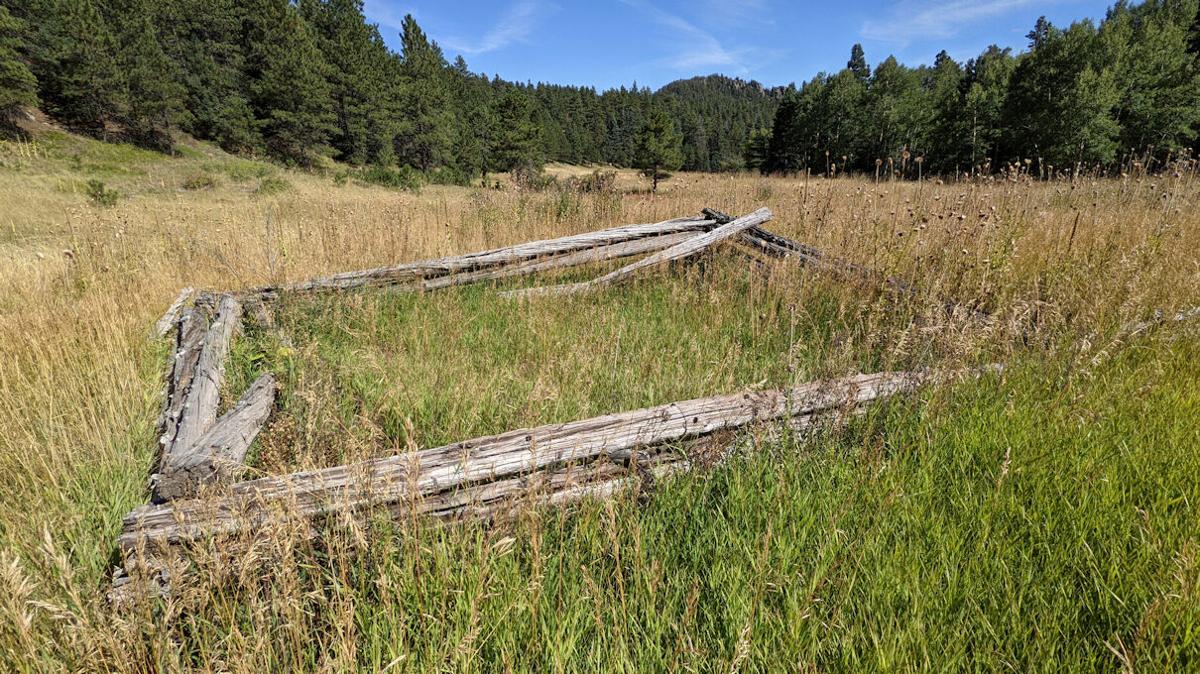 Some old cabin ruins in the Silver Circle. 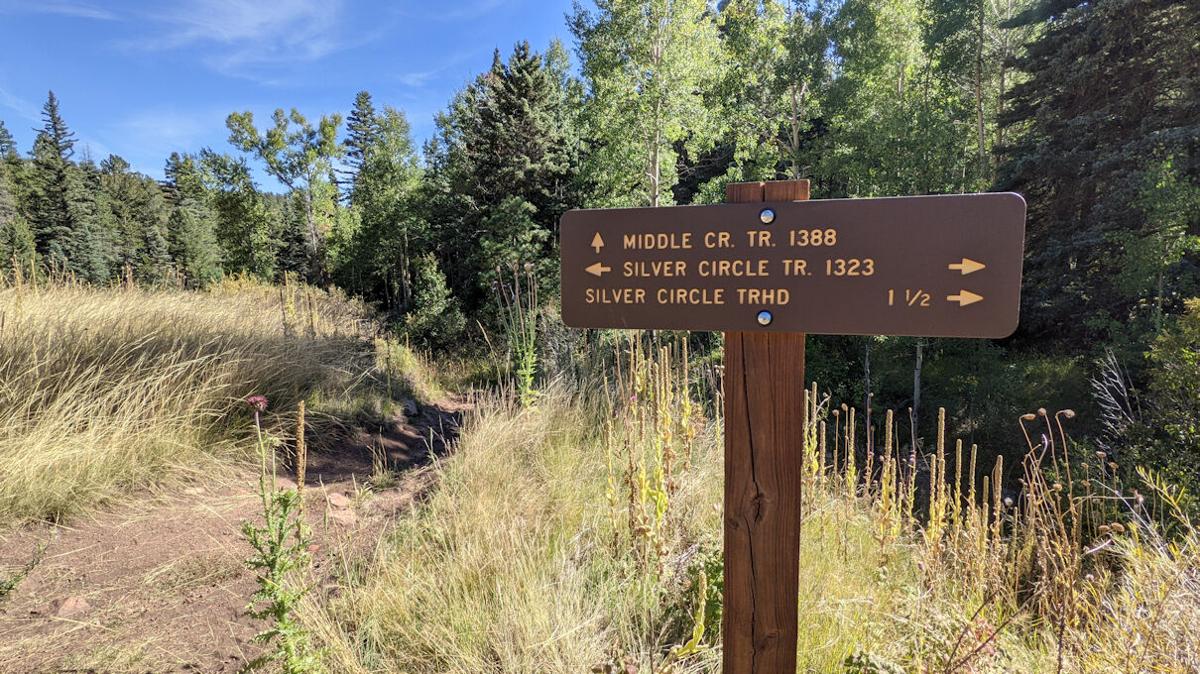 Once at the "Silver Circle," turn onto the Middle Creek Trail. 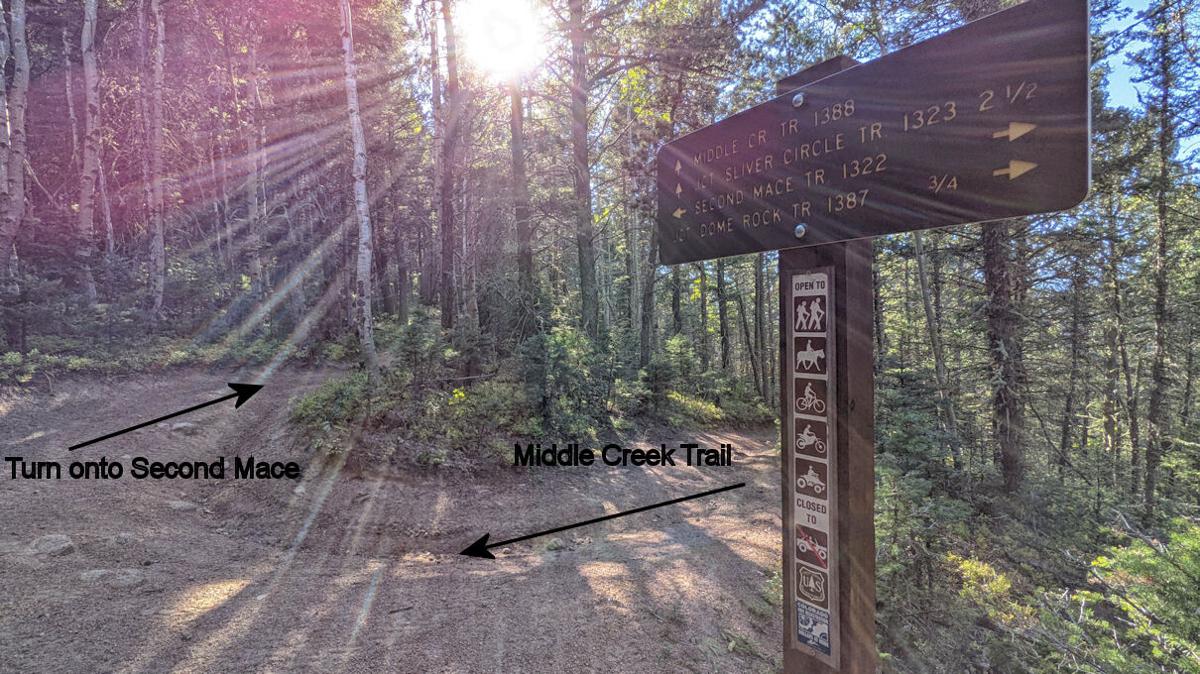 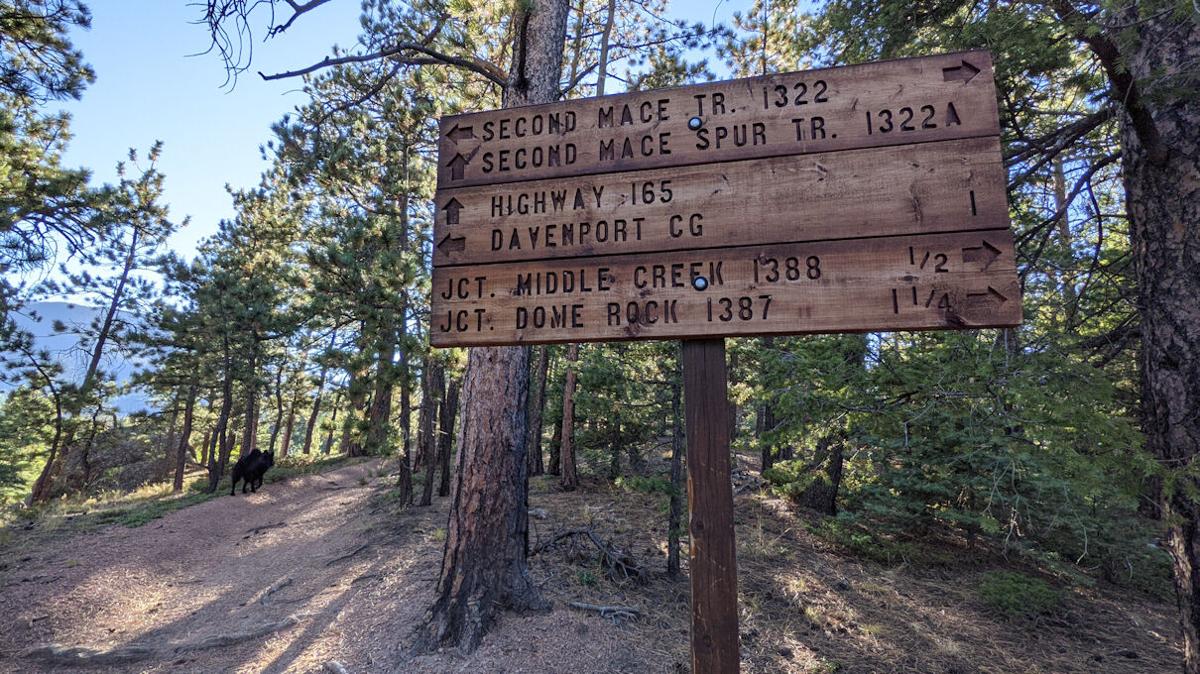 Follow the signs for Hwy. 165 to complete this hike.

The Silver Circle Trail, in the San Isabel National Forest, west of Colorado City and Rye, is the starting point of a hike that ends at the iconic Bishop Castle. The famous (God only knows why) landmark appears to be what you'd end up with if you mated kitsch, a tourist trap and Rube Goldberg. But, I digress.

This hike starts downhill on a steep, multi-use and rocky trail for about 1.3 miles before arriving at its namesake, "Silver Circle," a wide open area of tall grass, a couple of old structures, and the connection to Middle Creek Trail #1388. On my visit there in late September, the grass was several feet tall, and the ruins were almost impossible to see from the trail. The COTREX app showed that some ruins were nearby, and I used it to walk to their location. Once I got there, I was able to see a couple other ruins nearby, all of which looked to have been one-room cabins at one time.

Turn right onto the relatively easy Middle Creek Trail, which is a refreshing change after the steep and rocky descent down Silver Creek. The trail, which runs alongside Middle Creek, is a pleasant hike in thick woods, which in late September had a mix of changing aspens and some late-season wildflowers still hanging on.

About 1.4 miles after turning onto the Middle Creek Trail, the trail crosses Middle Creek and starts a steady uphill climb for about a mile, where it ends at the Second Mace Trail #1322. Turn right here. After another .6 miles, the trail meets the Second Mace Spur Trail #1322A. Bear right (follow the arrow for Hwy. 165), and after another mile, the trail comes out onto the highway directly across the street from Bishop Castle.

Things You Need to Know: A two-car shuttle system is a good idea (see directions below), or hikers can be dropped off at the start and picked up later at the end. One way is roughly a 5.75 mile hike and there's a bit more than 1,400 feet of ascent. All of the trails are multi-use, to include motorcycles and ATV's under 50 inches in width. I did the hike on a weekday, and the only other people I encountered were United States Forest Service crew members doing work on the Middle Creek Trail. Cell phone service is virtually nonexistent until on the Second Mace Spur, and nonexistent at the Silver Circle Trailhead. There are no water or bathroom facilities on this route.

El Paso County Parks has announced the closure of Rainbow Falls for the season. The closure comes earlier than usual due to "some unsafe conditions of falling rocks," according to a Parks Department Facebook post. The site is slated to reopen in April.

Colorado Parks and Wildlife is reminding dog owners that they are responsible if their dog attacks or chases wildlife. In a news release, CPW reported two incidents in Jefferson County where dogs attacked and killed deer. "Dog owners can be cited for negligently allowing their dog to harass wildlife, which carries a $274 fine, including surcharges. If a dog attack leads to the death of wildlife, the owner can be cited for illegal take. The fine associated with the illegal take would be $959 for deer and $1,370 for elk, including surcharges" said the release.

CPW also reminds dog owners that loose dogs can also be bait for mountain lions, or can be injured or killed by moose that feel threatened. "Wildlife managers say that although it may be legal to let dogs run free in some recreation areas, they strongly recommend keeping pets on a leash whenever encounters with animals are likely." You can find the entire news release here.

Be Good. Do Good Things. Keep Your Dog on a Leash.