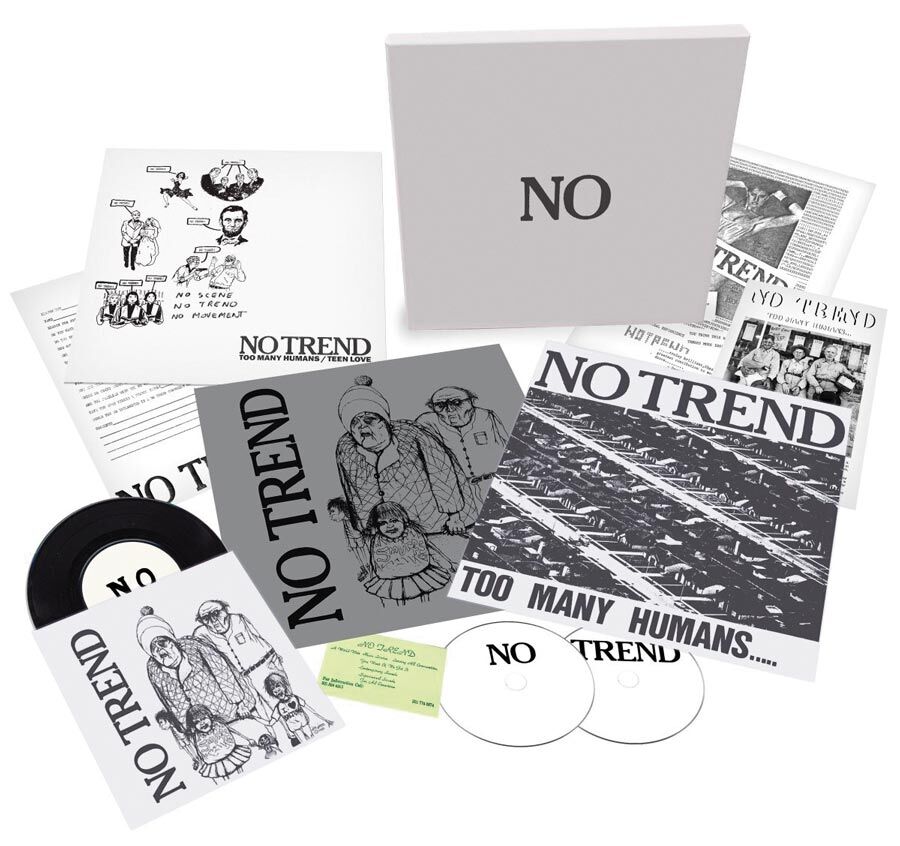 No Trend’s deluxe box set was released earlier this year, to unexpected fanfare. 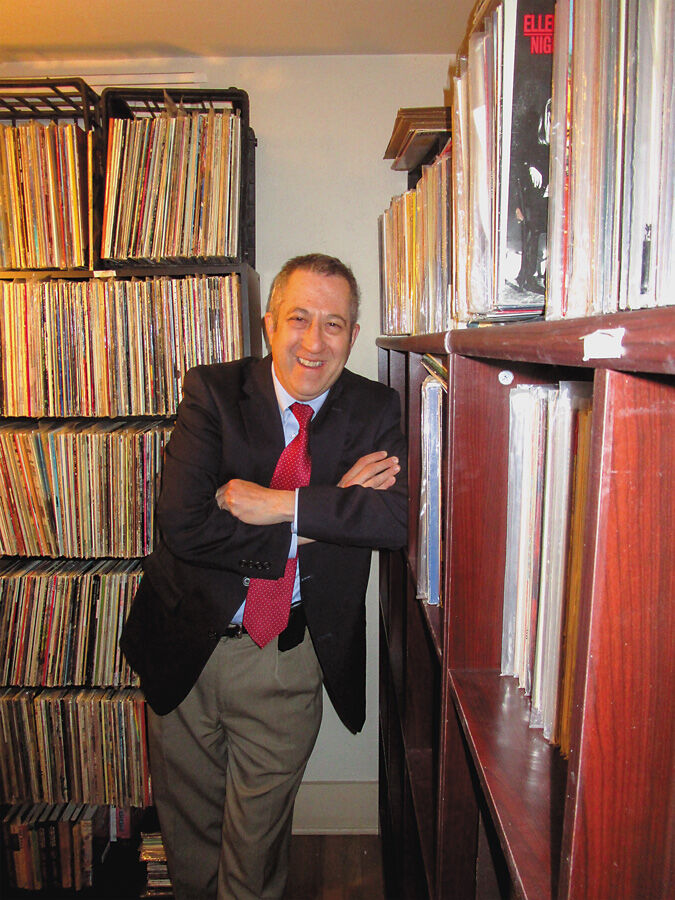 Salkind has changed his image a bit.

The Washington Post headline may not say it all, but it does say a lot: “In 1983, No Trend Prophesied America’s Ruin to Anyone Who Could Bear to Listen.”

How is it that one of the most nihilistic, sarcastic and underrated bands from the early punk-rock era has suddenly been deemed worthy of a 2,500-word article on the front page of The Washington Post’s Arts & Leisure section? The answer is Too Many Humans/Teen Love, an ultra-deluxe No Trend box set that was released two months ago by Drag City, an indie label whose roster has included Pavement and Stereolab.

No Trend alumni Michael Salkind, who relocated to Colorado Springs nearly three decades ago, is still taken aback by seeing a photo of his teenage punk-rock self featured in Jeff Bezos’ favorite newspaper.

“It’s funny to me, because that’s what I did when I was a kid,” says Salkind, who when he’s not working his day job as a trial attorney, goes to countless shows and plays in the local band Wild Hares. “We were not particularly popular back in the day. We had some good opening gigs, but, in fact, one of the goals of the band was to alienate the audience and really test their resolve. We were booed a lot.”

In the studio, No Trend ventured into a musical no-man’s land somewhere between the turgid hardcore of Mabuhay Gardens habitues Flipper and the artsy punk of U.K. acts like Swell Maps and Public Image, Ltd. Lyrically, they favored antisocial anthems with titles like “Mass Sterilization Caused by Venereal Disease,” “Kiss Ass to Your Peer Group,” and the college radio hit “Teen Love.”

For those who never experienced No Trend in real time, the box set is the next best thing to being there. Better, actually. Punk-rock vinyl enthusiasts will be drawn to the collection’s exact reproductions of the Too Many Humans LP and both the 7” and 12” version of the Teen Love EP. Completists will appreciate the inclusion of two compact discs containing the aforementioned material plus more than two dozen live tracks and demos.

2020 has been a terrible year for people, but a beautiful year for revisionist punk-rock history.

And thanks to Salkind’s obsessive collector instincts, the collection is packed with extras: a 40-page booklet detailing the band’s history, a reproduction of the first No Trend fanzine and, best of all, a No Trend business card.

“It’s a gorgeous piece of work, like what you’d see with a real band,” says Salkind. “It looks like the John Lennon Wedding Album box set, although not as listenable.”

Like many punk-rock musicians, Salkind started out as a fan and could barely play his instrument before joining a band. “I was rooming with Nathan Strejcek [who sang in the Dischord bands Teen Idles and Youth Brigade] and his girlfriend Jan. I bought a sad little orphan of a drum kit from a pawn shop, and played on it for several hours in my basement room before I was ready to be in a band.”

While he had no idea that the band’s legacy would extend decades beyond its breakup, Salkind did know he was part of something special.

“The singer, Jeff Mentges, would taunt people in the crowd; he could mimic, viciously, anybody he wanted to and mock people to their faces. But the genius of the group was guitarist Frank Price, with his constant sarcastic sneer. He wrote the songs, and tortured the guitar with his back to the audience. Frank was a dark guy and he ended up killing himself. I didn’t know that until — I’ll do some name dropping here — I ran into Jello Biafra in Denver, who was a pretty big No Trend fan, and he told me about Frank. I had no idea, because I’m not in touch with anybody in the band other than Buck Parr, who put the box together and played in the band well after my stint.”

As it happens, a compilation of tracks by another of Salkind’s youthful musical indiscretions also saw the light of day this year. United Mutation’s Dark Self Image crams 26 songs into 30 minutes. ‘We played fast, short songs, all of which were political,” Salkind fondly recalls. “Mike, the singer, sounded like he gargled with screws before each performance. We were a wall of sound, all starting at the same time, and ending together, but one never knew what cacophony would occur in the middle.”

As for brand new material, Salkind’s Colorado Springs band Wild Hares has just released its new album Hare Ball, this time on vinyl. Oddly enough, the fact that all three albums were released within weeks of each other was coincidental.

“The No Trend box had been in the works for at least a decade, and it seemed like it wasn’t going to happen,” says Salkind. “So it’s just this sort of coming together of forces that are way out of our control, kind of like COVID and stuff like that. 2020 has been a terrible year for people, but a beautiful year for revisionist punk-rock history.”