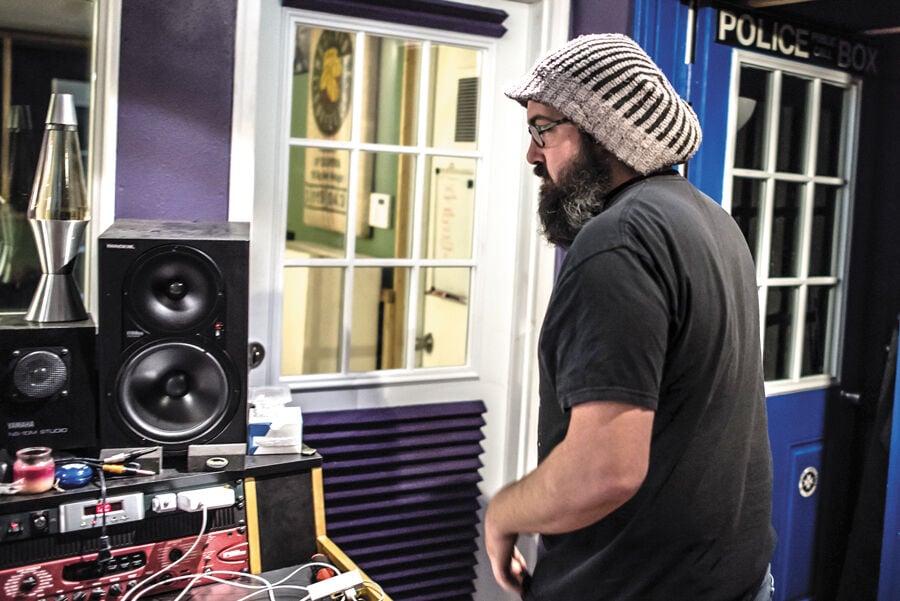 The Springs’ one and only Charlie Milo at Enharmonic Studios. 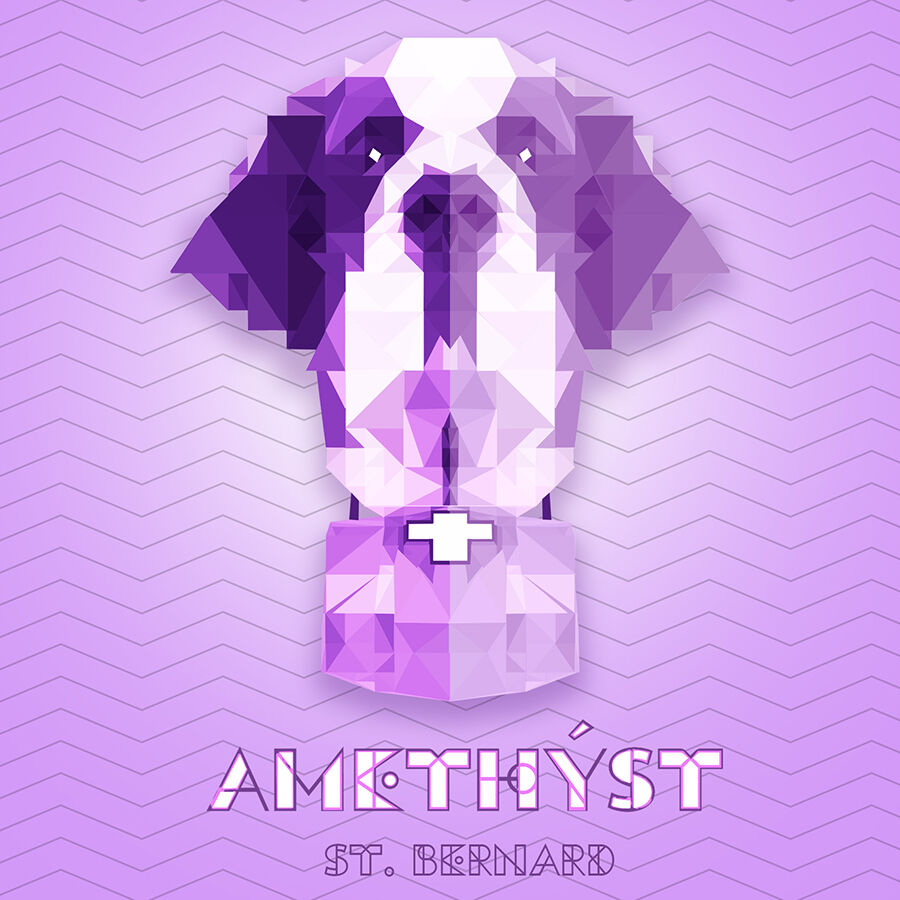 Most local musicians and music aficionados are well aware of the talents of Charlie Milo, particularly his acumen on the bass and guitar and obvious charisma as a live performer. However, with live music still not quite back in anything resembling high gear, it’s a perfect time to bask in another shiny facet of Milo’s wide-ranging musical vocabulary.

Amethyst, the first full-length effort released under Milo’s musical alter ego St. Bernard, arrives on the heels of a collaborative EP and an intriguing collection of demo fragments released at the outset of 2020, and the project’s debut LP is a glitchy, bizarre, freewheeling and, ultimately, giddy collection of musical alchemy.

Just on the surface construction of the album — 23 breezy micro-cuts of tracks that divide and evolve into new grooves — and the fearless eclecticism on display, akin to what you’d find in psychedelia or experimental electronic music, there’s a definite temptation to compare Amethyst to some of Mike Patton’s funkier musical digressions. However, Amethyst wins the listener over through subtlety rather than mania, never sacrificing the driving, hypnotic grip of funk and hip-hop in its kitchen-sink musical approach.

Amethyst never sacrifices the driving, hypnotic grip of funk and hip-hop in its kitchen-sink musical approach.

While the LP is best experienced as a single, continuous piece of work, there are countless little moments that pique the listener’s imagination, hinting at uncharted sonic worlds behind every genre collision: There’s the insistent, 8-bit beat and loopy drum synths of “chalupa,” the woozy shuffle and metallic percussion of “boing,” the fuzzy, retro soul horn samples of “uh to tha… ,” the leftfield beat and warbly vintage string loops of “this noise,” which accompany a chopped and screwed field recording of an early morning noise complaint.

With the longest track clocking in at the coolest possible length of a song, 4:20, you might expect “Laundry” to be the central point of normalcy and accessibility for the LP, but it’s anything but — what starts as a warped and mutated rap that completely rejects the notion of a fourth wall gradually disintegrates into shimmering ambience. (Just a sampling of the bars on display: “I gotta hurry up and rap so I can go finish the laundry / ain’t nobody telling me to but the smell is getting ornery now... back with the second take in the middle of the first verse / I can just edit it out, maybe add some curse words.”)

All in all, one could call Amethyst a gem of a debut, and a welcome, surreal diversion in a landscape that certainly could use it.

Or, to use Milo’s own words, “Today’s a great day to shock yourself!”

Elsewhere, the recording productivity continues with three diverse singles you shouldn’t miss. Joe Johnson’s “Hold On” is a soothing and deeply soulful balm of country balladry, buoyed by the sprightly organ work of Bryan Russell. It’ll almost certainly make you crave more, in which case you should also review Johnson’s beautiful and plaintive “The Year of the Horse (Just Short of Birmingham),” which dropped in early August.

And keeping the party vibes at the forefront is no problem for 8Grand, the duo comprising emcee G-Stylez and producer D.R.K., who continue to build momentum toward their upcoming LP The Ocho with “DRNK Slang” and “FrEaK.”

Finally, Stargazer’s Theatre has a fine evening in store for fans of the music of Bonnie Raitt on Saturday, Oct. 3, as they host tribute band Nick of Time for a reduced-capacity live performance that will be simulcast at stargazerslive.com.