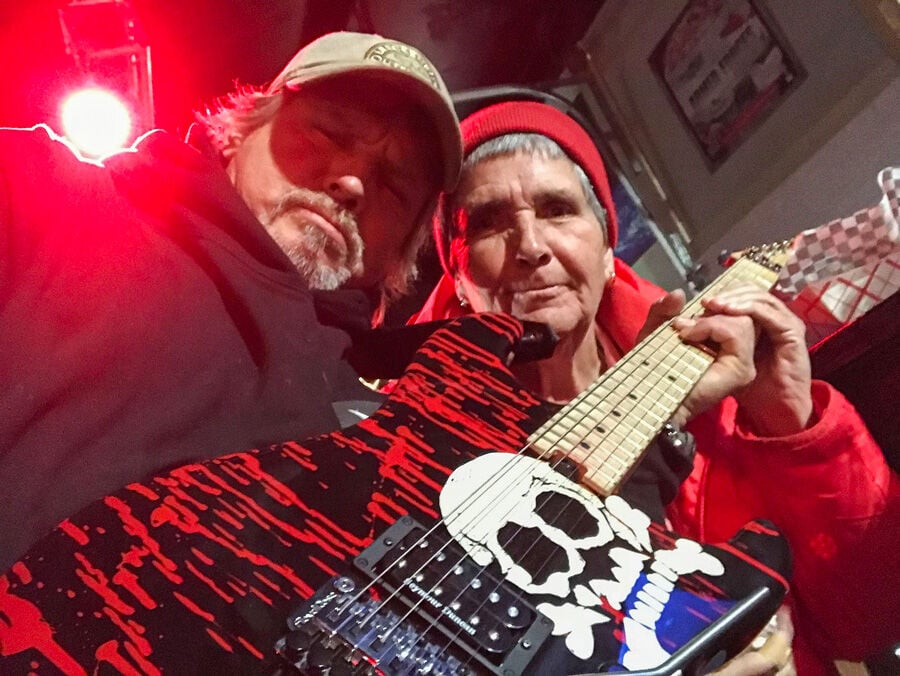 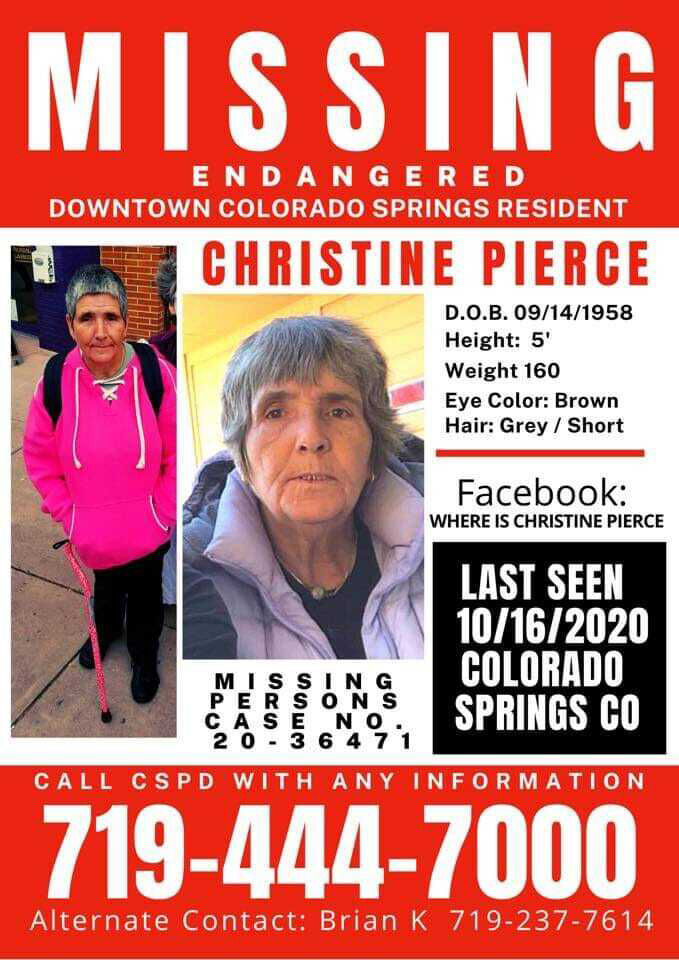 The best part about having a good music scene is that it brings so many people together to help one another. Whether it’s for booking events, fundraising or just overall support, the Colorado Springs music community is there to help. Ours has been helping recently and is still in need of more support in finding Christine Pierce.

Christine is the drummer of blues/classic rock band Riverbottom. She has been reported missing since Tuesday, Oct. 20, after she missed band rehearsal.

“I went to her apartment to pick her up for rehearsal as I’ve done almost every week for the past four years,” bandmate Brian Krewson said on the band’s Facebook post. “After 30 minutes of waiting, I began to get nervous.”

The band contacted her family, who also had not heard from her. In addition to missing band practice, she also missed her shift at Wendy’s the following Saturday. The last place Pierce was seen was at the Wendy’s off Wahsatch and Platte on Friday, Oct. 16, at 3 p.m.

Her family has started a GoFundMe to help with costs for a private investigator. You can find that link here: gofundme.com/f/x2qm4b-bring-christine-home.

Christine is 5 feet tall, 62 years old, has short salt-and-pepper hair, and usually carries a pink backpack. If you have seen her — on or after Oct. 16 — please contact the police at 719-444-7000, or you can contact bandmate Brian Krewson directly at 719-237-7614. Any information about the time leading up to her disappearance or where she could be would be greatly appreciated. Let’s come together as a community to help one of our own!

In other fundraising and community efforts, last week was Independent Venue Week. It is a nationwide fundraising event to spread awareness for independent venues as they face an array of struggles through the pandemic. Funds raised are going to the National Independent Venue Association’s Emergency Relief Fund. NIVA is the organization spearheading the Save Our Stages Act to give venues the funds they need to stay open.

The Black Sheep participated in this event on Oct. 27, for which they held a pumpkin-carving contest and had giveaways from Cheeba Hut, What’s Left Records, RXP, and more. They also streamed sets from the NIVA Save Our Stages Show, featuring bands and musicians such as Rise Against, Miley Cyrus, The Roots, Portugal. The Man and many more. You can find more information about the Save Our Stages Act and donate to the emergency relief fund by going to saveourstages.com and nivassoc.org/erf.

Speaking of The Black Sheep, they just celebrated their 15th anniversary. Although they are not doing shows right now, they still have plenty of socially distanced fun to be had. They are currently open Thursday-Sunday from 7 p.m. to midnight and are hosting special themed nights including Thrashin’ Thursday, and Scene Kid Sunday!

The Black Sheep will hold a special Springs Spotlight event Nov. 13 with local metalcore band Fighting the Phoenix, in which the band will be deejaying with songs of their own as well as some of their personal favorite tunes from other bands.

In other local music news, Colorado Springs alternative rock group Raised by Wolves just released their new single “She Cried.” The track was recorded at Sunshine Studios and you can find this catchy blues-ridden alt-rock anthem on all major streaming platforms.

As always, the Colorado Springs music community is here to support one another, whether by checking out a band’s new single, locating a missing member, or donating to save the very stages that these musicians thrive on. Let’s keep 719 number one.

Coloring Outside the Lines