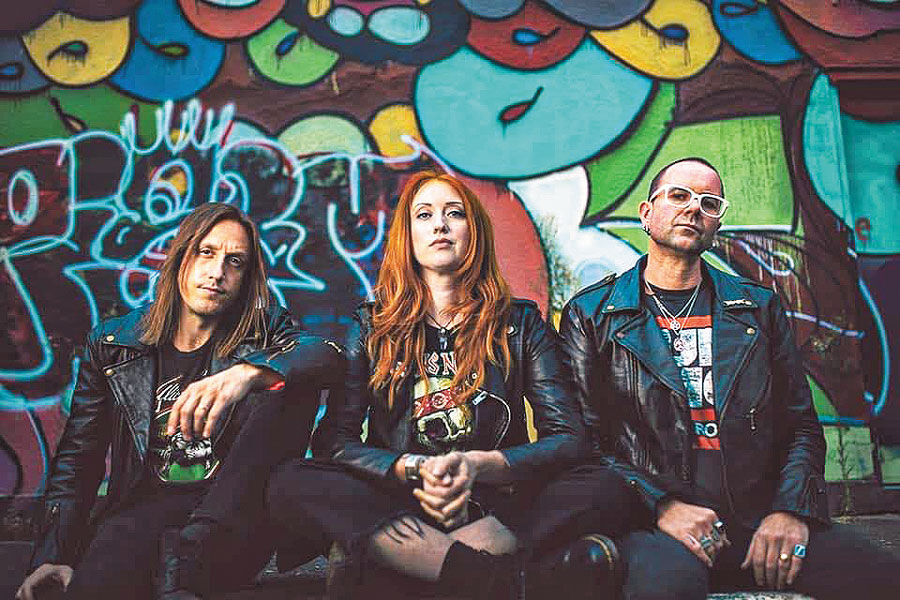 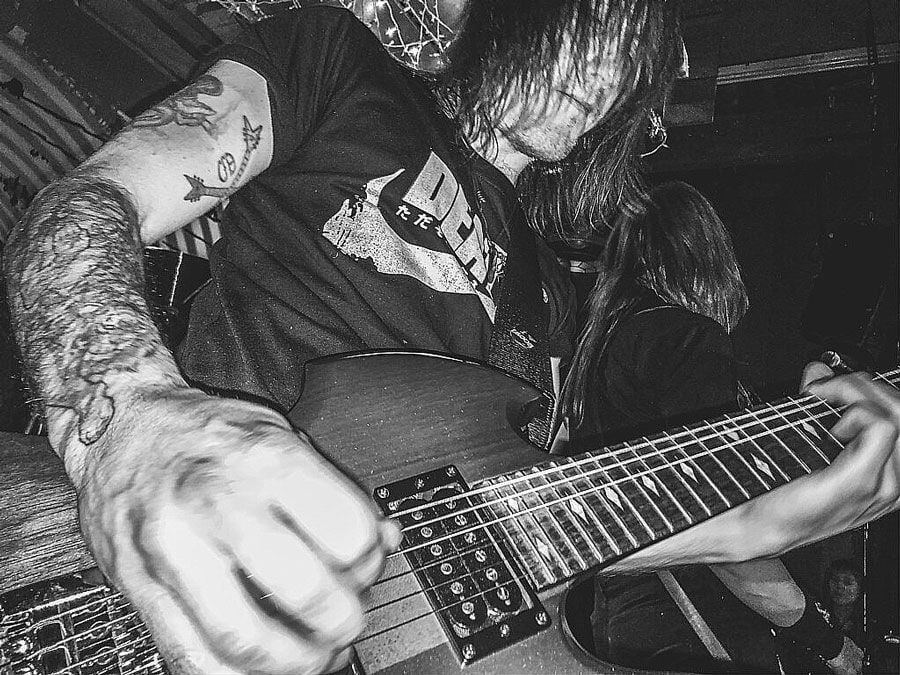 Brnabic: “This will be our first real tour since the first one we did back in 2019.”

Fire is burning, the image of skulls is making its way into your brain, crunching bass hits you in the chest — and then all is calm. Is that the feeling of hell, purgatory or pure bliss? Is it all of these at the same time? That sound is none other than Portland stoner rock outfit Hippie Death Cult.

It’s a newer band, having formed in 2018. They’ve since been perfecting their fuzzy, blues-infused rock reminiscent of bands like Black Sabbath, Electric Wizard, Alice Cooper and Soundgarden. And while last year was one of transformation for many bands, that was especially true for the Cult. “[Last year] was going to be the first year that we did some real touring as a band. We had multiple tours set up in America, Canada and Europe that all got canceled,” explains Guitarist Eddie Brnabic.

The rest of the year [bandmembers] Laura [Phillips], Ryan [Moore] and I also began working on writing new material for the third album. We made the best of it and it was a really productive year for us.”

You can see the Cult live and loud at The Triple Nickel on Thursday, Oct. 7 with tourmates Holy Death Trio and local rockers Dirty Kings.

That all went according to plan, as they signed to Heavy Psych Records and released two new albums with the label — a full-length entitled, Circle of Days and a split with High Reeper called Doom Sessions Volume 5. The band will now embark on a tour showcasing material they just released and more, and they are ready.

“This will be our first real tour since the first one we did back in 2019,“ says Brnabic. “We were just getting started with touring as all the COVID shutdown stuff went down, so it’s been a challenge trying to launch this band in a proper way in markets outside of our own local one. We’re really stoked to finally be back out on the road!” You can see the Cult live and loud at The Triple Nickel on Thursday, Oct. 7 with tourmates Holy Death Trio and local rockers Dirty Kings.

Dirty Kings will also be having a special listening party for their new album Crown Jewel at The Black Sheep tonight (Wednesday, Sept. 29).

The Black Sheep keeps rolling on with some excellent shows this week/weekend. Former Queensryche vocal overlord Geoff Tate will be performing the classics “Rage for Order” and “Empire” on Thursday, Sept. 30. The following day, Oct. 1, X103.9 will be presenting The Marias — a Los Angeles-based blend of psychedelic and soul. On Sunday, you can speed it up a little bit with the punk rock of The Menzingers, Broadway Calls and Elway (the band, not double-Super-Bowl-winning quarterback and current car salesman.)

Shows aside, bands are still releasing music, and some musicians are dropping solo albums. That’s the case for Duncan Slack, who also plays with local pop-punk act Why They Fight.  He just released a solo project under the moniker Relate. Songs to Get You Through is the new EP that was two years in the making.

“Songs to Get You Through was written between 2018 and 2020 in different basements, living rooms, bedrooms and garages,” explains Slack. “I had wanted to put out a record with this title for some time, but hadn’t written any songs that felt natural enough to be together on an EP.”

Is that the feeling of hell, purgatory or pure bliss?

“Each song is a reflection of ways that I have felt going through my 20s,” he says, “and my intent is for the listener to understand that there is always a side where you end up overcoming emotional struggles and growing from them.”

You can find Relate’s EP streaming on Spotify, Apple Music and all other major online platforms.