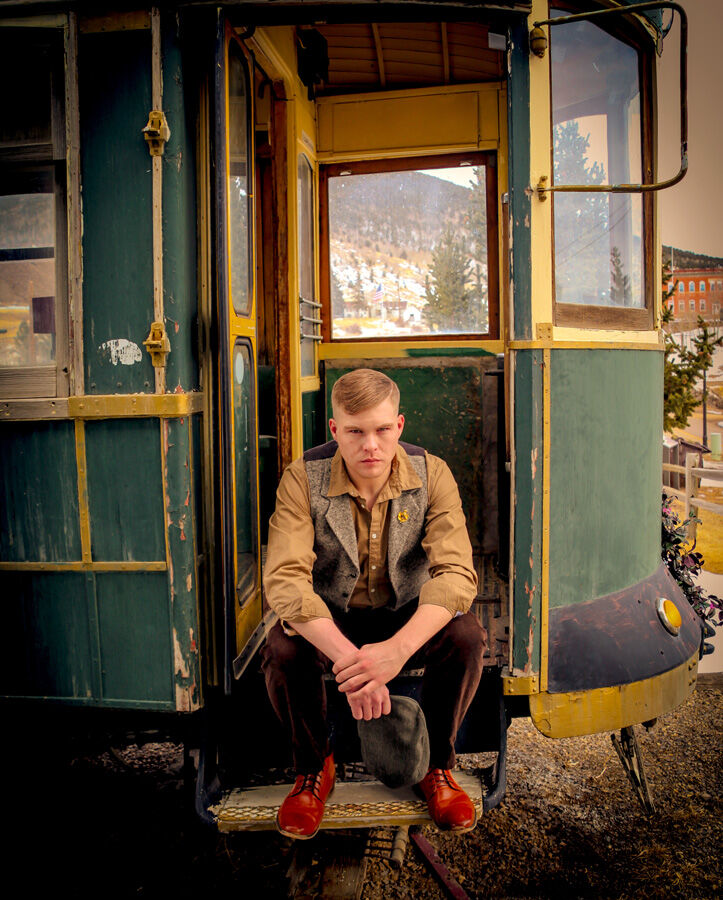 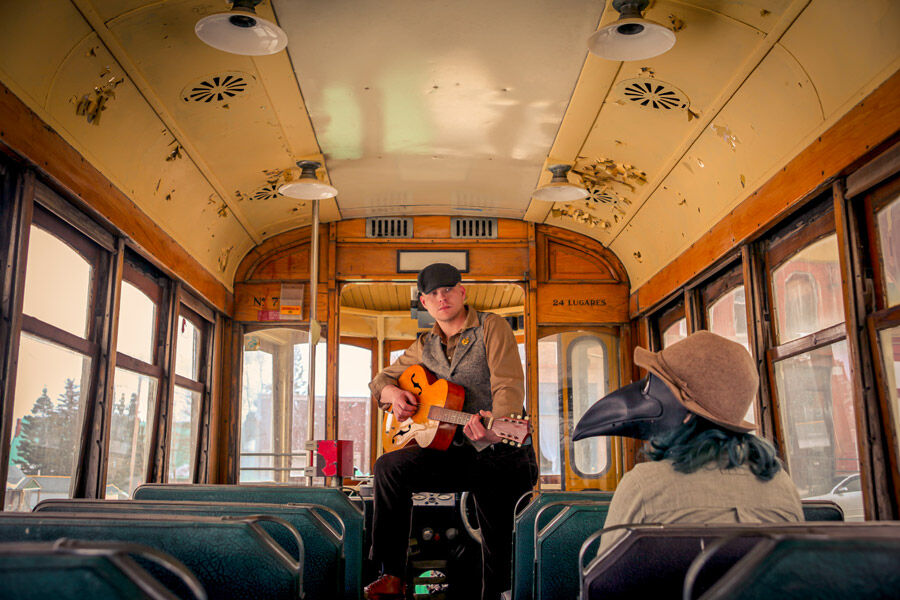 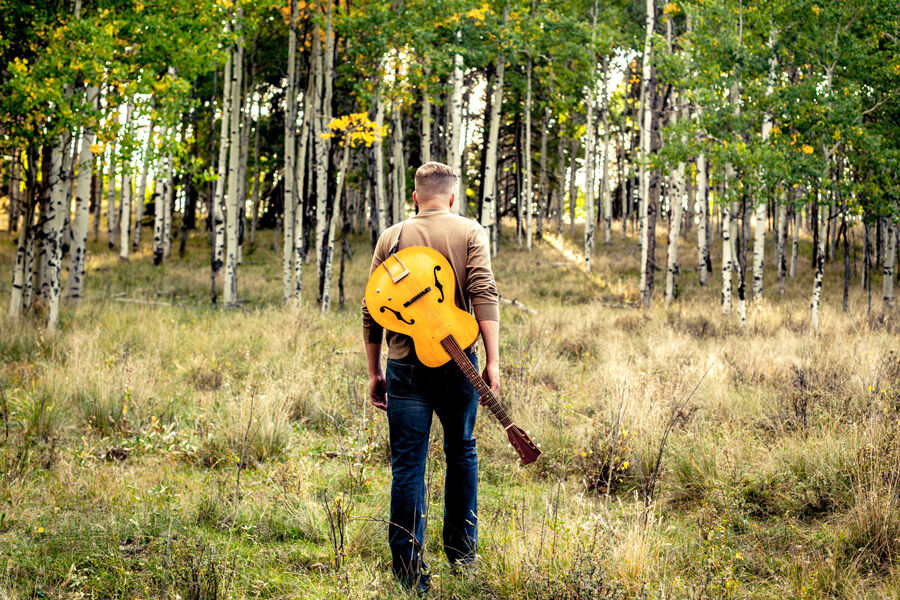 In music, the term Southern Gothic has been applied to a who’s-who of artists who are anything but Southern, ranging from Australia’s Nick Cave and L.A.’s Gun Club to Colorado favorites Slim Cessna’s Auto Club and 16 Horsepower.

Derwood Willhite, who writes and records under the name Tensas, has a geographical edge on the aforementioned artists. Before moving to the hills outside Colorado Springs, he grew up in close proximity to Louisiana’s least-populated parish and one of America’s poorest towns.

It was there that he learned about trapping and fishing, which he enjoyed, as well as racism and religious intolerance, which he didn’t. He dreamed about living somewhere more open-minded, somewhere in the great outdoors, preferably the mountains.

So he followed in the path of the countless musicians who’ve left the rural South to find a more hospitable environment up north. But first he took a detour and joined the military, as had his father and his grandfather before him. After getting out of the service, he joined a reggae-rock band called Oakcrest, and played up and down the East Coast. Then gradually, Tensas made his way to the Colorado Springs area, where he’s spent the past decade.

While making his living building websites and selling merchandise online, the songwriter decided it was time to resume his musical interests by renting a cabin to record his solo EP, The Sickness.

A collection of stark folk-blues originals delivered in a high lonesome tenor with sparse guitar accompaniment, its title track and accompanying video (see sidebar) drew inspiration from the emerging virus that was just beginning to make headlines at the time.

Another highlight, “Let the River Speak,” includes post-Pentecostal lyrics like “Swim through the blood so thick with sin / To earn a little gold just to do it again / Cut ’em all down when they look my way / All you lucky sinners kneel down and pray.”

“Swim through the blood so thick with sin / To earn a little gold just to do it again.”

Since then, Tensas has released additional singles, including a surprisingly aggressive cover of Tom Petty’s “Mary Jane’s Last Dance,” recorded with members of his former band. He’s also continued to put out music by fellow indie artists on his Tall Tale Records label, and is currently building a house on an acre of land up in Divide.

Over the course of an hour-long interview, the musician discussed his rural background, the events that brought him to Colorado, and his reasons for writing songs about caged demons and lucky sinners.

Indy: Let’s start out by talking about your early years. You named yourself after Louisiana’s Tensas River. What was it like growing up around there?

Tensas: Well, I grew up in the Tensas River National Wildlife Refuge, which is kind of the middle of nowhere. The Tensas River is 250 miles long, it runs through five parishes, and it’s named after an extinct ancient Native American tribe. My grandfather, who I was named after, his family moved there — there was 13 of them — and they homesteaded and trapped and fished. So they kind of passed that along, and my grandfather helped start that refuge. He died when I was 9, and the last thing he did with me was take me fishing on the river.

When I think of life in small Southern towns, I have these images of families with like a dozen kids going to Friday night baseball games and Sunday morning services. Was that what it was like when you were growing up?

Yeah, but it was actually Friday night football, and I was a little more of a baseball guy myself. I don’t do much sports as an adult, I don’t even watch it much. But I definitely grew up with it. And I understand what you’re talking about there. It was one little small town after the next.

Why did you leave?

I didn’t like it down there, for the most part. The economy, the school systems — in the early 2000s, we were still using textbooks from the ’70s and ’80s, and our history books had some very wrong and outdated information. And there was a lot of racial division.

Luckily, my father and my grandfather were in the military, so they got to see a little more of the world, and they taught my sisters and I that you don’t have to stay down there and farm. We weren’t raised with that small-town mindset — we lived outside of town, and were taught to think a little more broad, I guess you would say, than a lot of people. Not everybody.

You mention racial division. How bad was it?

It’s still a racially divided town. You could go there today and report tremendous things that would make you cry. There is still a white side and a Black side of town, a white school and a Black school, and it just makes you want to puke. And I didn’t want to take my daughter back there after I left the military.

Where were you stationed?

I was at Fort Bragg, North Carolina, with the 3rd Special Forces for most of my time.

Were you still in the Army when you joined the reggae band, or was it right after?

It was right at the end of it. Sam, the lead singer of Oakcrest, he was also in the 3rd Special Forces. We were both getting out around the same time. Him and his brother had already started the band, and I had started managing them. And when their bass player left, they asked me to join. We opened for bands like Saving Abel and Agent Orange, and we toured from Savannah up and down the East Coast. Once the band started making real money, the brothers wanted to go to California and I didn’t. At the moment, one of them is out west and the other’s out east, but they still write together and they have about 20 songs that’s going to get recorded.

What brought you to Colorado?

A lot of places have no humidity. Why here?

Well, when I grew up, there was a show called Gold Fever or something on PBS. It was right after Bob Ross, I think. It’s not like I want to be a gold miner — although I do like to go panning for fun here and there — but it’s beautiful up here with the mountains and the great outdoors. I just kind of dreamed of it as a little boy, I guess. So when I got out of the Army in North Carolina, I had a brother-in-law stationed here. And my sister said, “Hey, there’s no humidity out in Colorado.” I moved here blindly back in 2011, so I’ve been here a little while.

Colorado has its fair share of Southern Gothic-inspired artists, like Slim Cessna, Wovenhand and 16 Horsepower, to name a few. Are you familiar with their music?

Slightly. I’ve come across them on Spotify, but that’s not where I draw from, for sure. It ain’t my inspiration.

So what is your inspiration musically?

It’s across the board, I’d have to say. Townes Van Zandt. Tom Waits. Willie Watson, he was in Old Crow Medicine Show but he left the band because he wanted to just go sing his folk songs. Also, Otis Taylor, he’s Colorado. I saw him live for the first time the week before lockdown hit, right before I wrote “The Sickness.” He’s one of the influences that really made me buckle down and get that music out, just seeing him before things shut down. I also got hooked on some of the local music scene here, especially the Tejon Street Corner Thieves, who I first saw down at Jack Quinn’s.

How did the lockdown impact you as a musician?

Luckily, as a songwriter, live performing isn’t what you’re always going after. There’s other ways to turn revenue as a songwriter, besides being in a band and going the traditional route of live shows and selling merchandise. But I did have a three-week tour booked in May between here and Louisiana, where I was going to be doing a songwriter showcase in Baton Rouge. It was to follow up the EP release.

I understand you recorded the EP in a cabin over four days. How did that come about?

Well, with my wife and daughter and dog and all that, it can be hard to sit down and record at home, you know? So I needed to find somewhere to record and I was pretty stressed. It wasn’t really just the virus making me that stressed. There were some other things I was letting go of in my life at the time. I told my wife I would record in an empty shed if I had to, just to sit somewhere quiet. So we went on Airbnb and found a little cabin out between Cripple Creek and Victor — it’s all the same place pretty much. [Laughs.] Sadly, I’d brought along a tape machine from the ’60s that I was going to do it on, and it just stopped working. But I had some backup equipment with me, just to go and do regular software recordings.

And the first day, I didn’t do nothing except de-stress. But I really felt like spending that time alone was important. And it’s one of the reasons I might feel a little sane still right now, I hope, the fact that I went and did something like that for myself, you know?

You came away from it with some striking imagery. Is that kind of old-time religion something you still think about?

Oh, constantly. I grew up with it all around me. I’ve since gone to churches in Colorado and seen a huge contrast from where I grew up. There’s not the kind of brainwashing you get growing up in these hellfire and brimstone places along the Mississippi Delta, where people are still thinking 50 years in the past. If you want to do something different, if you even want to think different, you’re practically a sinner. And people preaching about sinning and demons and those kind of things, it gets old. And sometimes when I think about my past and let it get to me, I’ll sit down and write. I’m not writing necessarily about anyone or anything in particular, but it’s those feelings — and the things that were told to me — that make me want to tell these types of stories that are in my head.