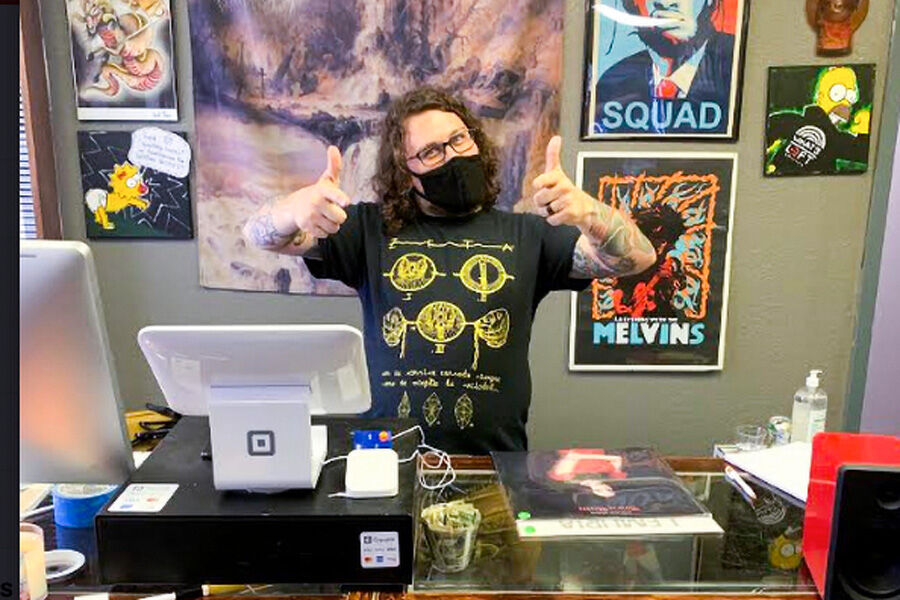 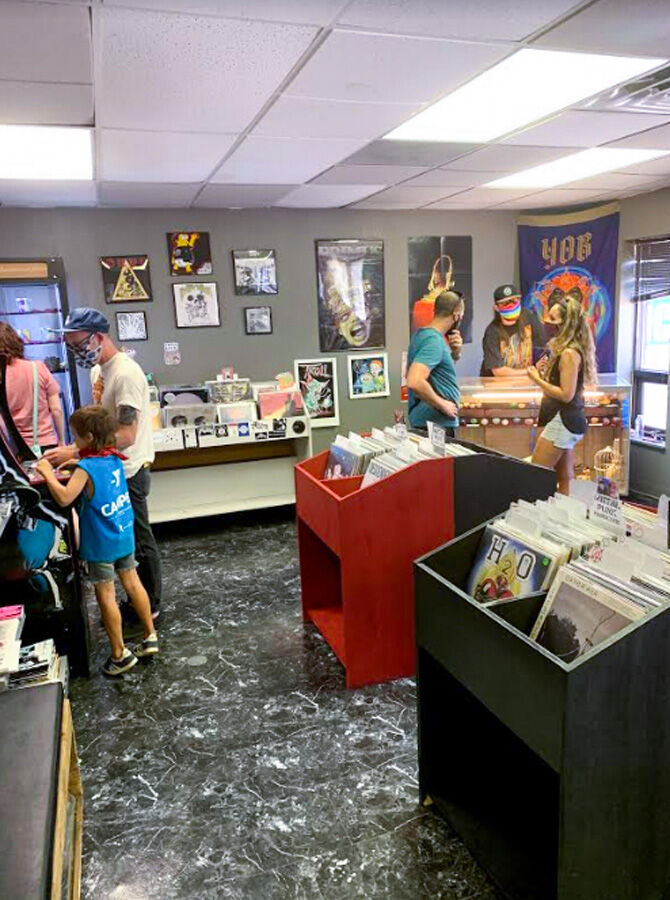 What's Left Records: “We carry a little bit of everything.” 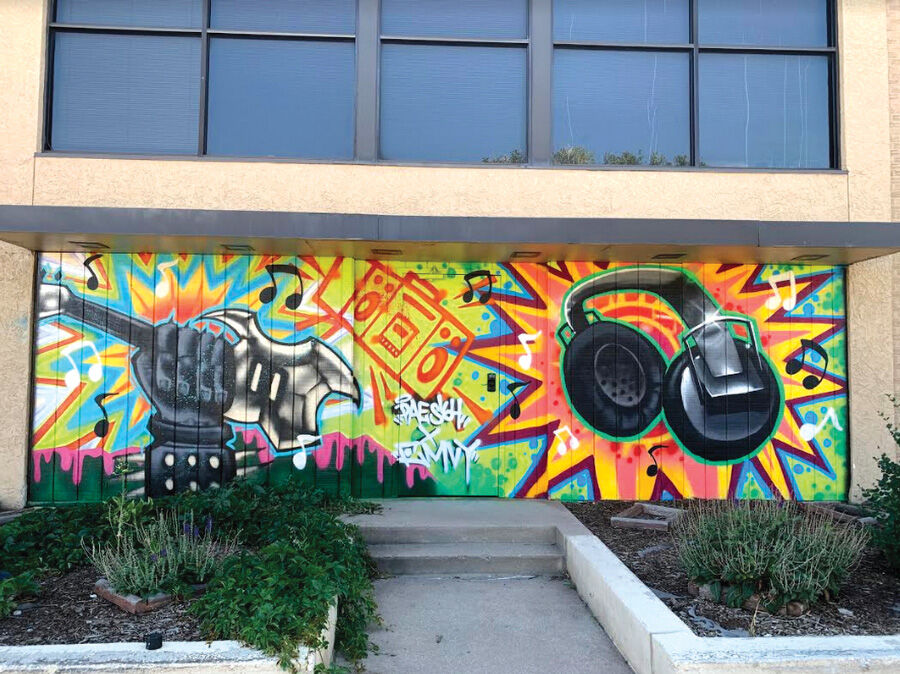 A new mural for the new digs, from Knobhill Urban Arts District artists.

"When we’d be on tour, I’d be broke, so I would just sell from this little crate of records so I’d be able to eat when I was on the road,” recalls Bryan Ostrow, in between ringing up customers at What’s Left Records. “We’ve always wanted to start a record store, since we were kids.”

When Ostrow and his brother Sean opened the doors of What’s Left Records on Aug. 1, it represented many things — the realization of a long-gestating dream, the growth of What’s Left from its beginnings as a zine and a micro distro label (“a bunch of records to trade at shows”), and a completely unplanned but exceedingly timely opportunity.

The Ostrows previously had a small space stocked with records, CDs, tapes and books at the old Flux Capacitor DIY space, but in March 2020, just as the collateral effects of the COVID-19 pandemic were poised to shut down live music, the brothers learned that a space at 829 North Circle Drive was opening up — a perfect occasion to make the brothers’ childhood dreams a true brick-and-mortar reality.

“We didn’t want to get regular jobs,” says Bryan with a laugh, “so we just went ahead and did it; that way we can still give back to the community and do stuff that we like. It was like, we’re not working right now, we’re not bartending, we’re not booking shows, so we just took our unemployment and we turned it into employment.”

It’s a strange time for music scenes across the country, and the past decade hasn’t been overly kind to physical media in general, so it might not seem like the most advantageous moment in history to open a record shop. However, among the Ostrow brothers’ many talents is the ability to create excellent community hubs for the local music scene, and with the dearth of live music opportunities, the community response and support for the shop in its first months has been strong.

“It totally has,” says Sean Ostrow. “That’s the good thing about this — we have been doing this for so long, we’ve been booking shows and everything, so that community is there, and they’re always here to support in general. So now that they can’t see shows, they still want to support music in general and support local artists, so a lot of people have been coming in to buy local stuff and just keep the music going. People miss it, so it’s nice to be able to buy records and still have that community.”

With local artists’ show revenue essentially lost for 2020, What’s Left has been taking particular care to feature physical media and merchandise for many local artists and other friends who have seen their touring plans canceled, like Venezuelan experimental punk act Zeta and emcee Ceschi, as well as selling local artwork, glasswork, candles and jewelry.

So far, in spite of this unusual time for the music scene, the change of pace has been refreshing for the Ostrows, and an opportunity to plan their next steps for when live music returns.

“It’s been kind of nice to take a break and do something a little different, kind of point our motives in a different direction,” says Bryan. “When shows come back, I’ll be super happy and I’ll be there, and we’ll still be booking shows all over like we usually do; but I’m okay with taking a little time and doing it when it’s a good, safe time to do it.”

Sean agrees: “As much as I enjoy the break as well, once we have touring bands coming through again, I’m looking forward to having touring artists come in and hang out at the record shop. Have them do signings and little things like that, sponsor live events... it’ll be really cool to be able to incorporate the store with the live music, too. That’s a big goal.”

Likewise, as the brothers continue to keep the larger music community in mind, they stress that local music lovers should do so as well; they are quick to praise the Leechpit, Independent Records and Earth Pig as friends and partners, and remind the community that everyone needs support right now. A timely message, as the North Academy location of Independent Records shut its doors on Sept. 17, leaving only the Platte Avenue main store and Annex and Pueblo locations up and running.

“We aren’t in this for competition, we’re in this for community and working together,” says Bryan. “We absolutely love Independent, which is right down the street from us; we always try to send people there as well. They’ve been helping us out, too. Leechpit is a huge inspiration for us. Adam [Leech] has helped me since I started a zine with some friends. He let us borrow a long stapler... that we lost... but he’s still been cool all these years, and always been super supportive.”

“We want to have this shop be an extension of what we’ve done with the Flux and with the community of music over all these years, not just being like, ‘OK, we’re a business now,’ but really still have that DIY, punk ethos,” continues Bryan. “Pricing things fairly, giving people what things are worth, making sure that everybody feels welcome.”

“It might seem like a metal and underground type of shop, but we don’t want people to be scared or anything,” adds Sean, with a smile. “We carry a little bit of everything. And if someone comes in and we don’t have the kind of stuff you want, just suggest stuff. We’re here for everyone, and we’re here for the community. We just want to be that shop for people to come in and feel comfortable, no matter who you are.”