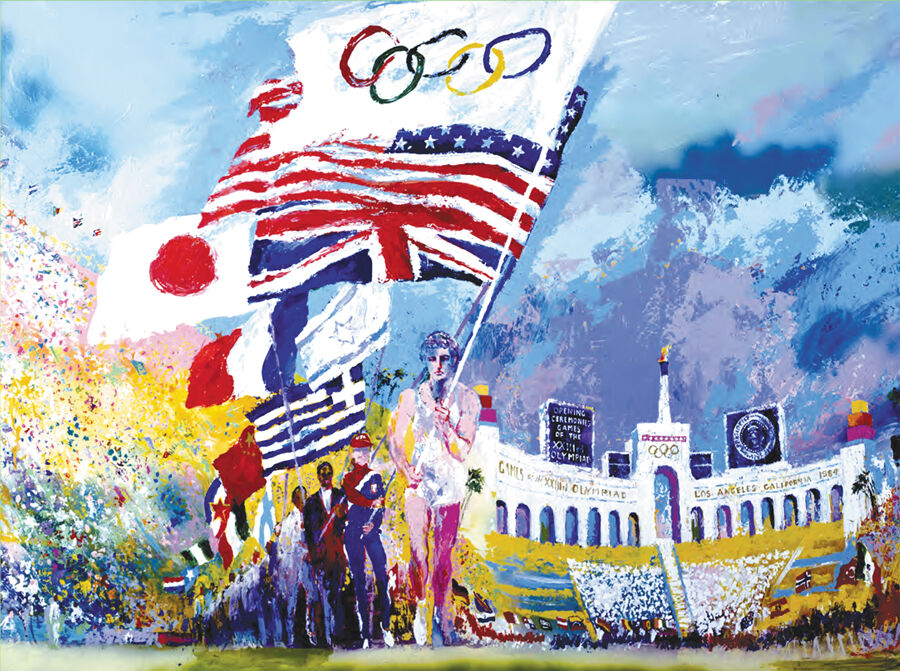 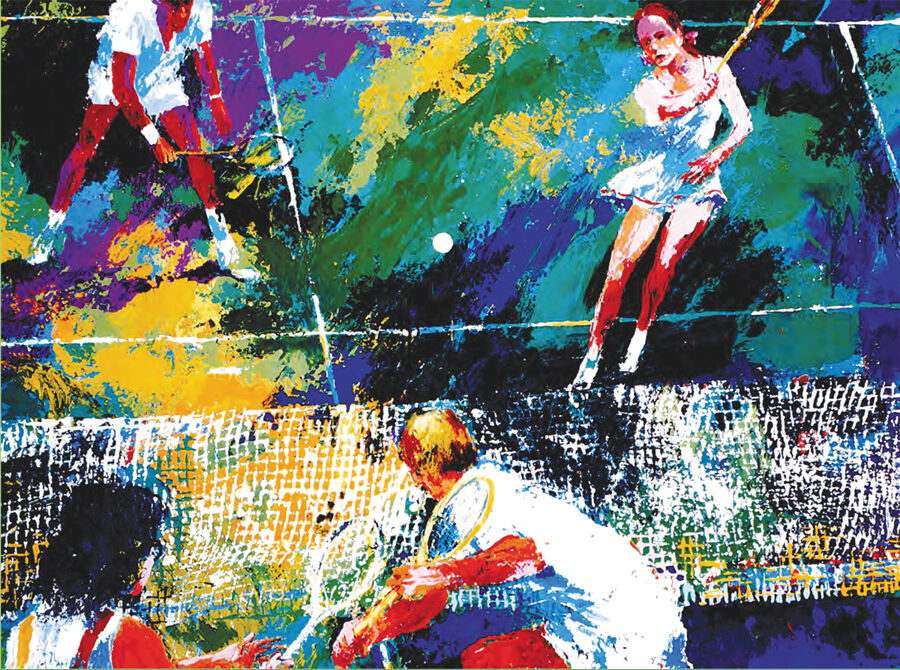 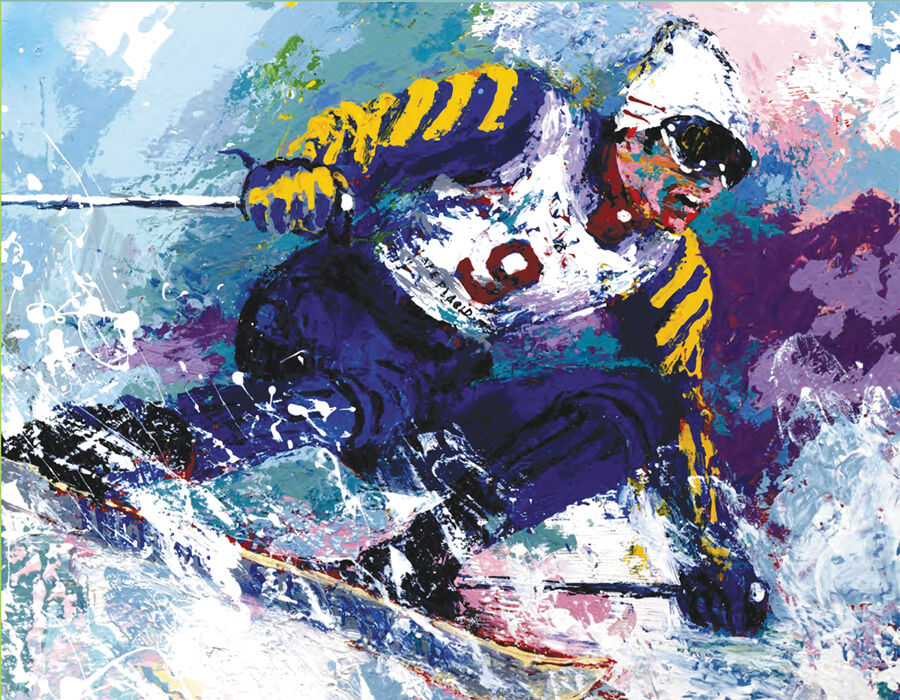 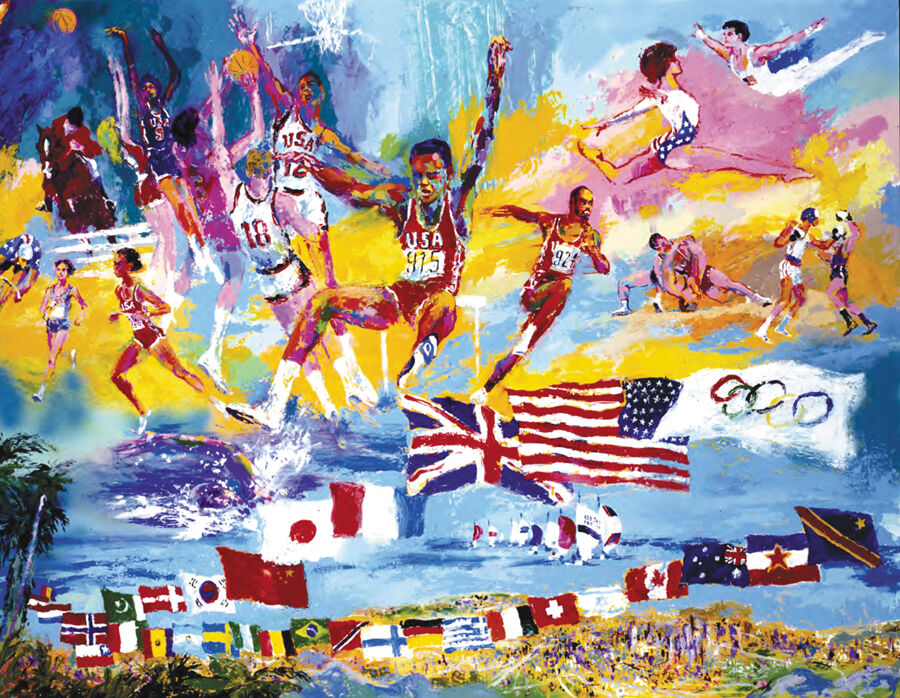 The downtown arts scene has a brand-new addition to its outdoor collection — a 10-mural display featuring the colorful, sport-themed works of the late LeRoy Neiman. The murals, which are free to view and open to the public, are displayed on the exterior walls of Weidner Field along Sahwatch Street, between Cimarron Street and Moreno Avenue. They depict scenes from various moments in Olympic history, each showcasing the colorful, impressionistic style that made Neiman a household name throughout his career.

Neiman got his first break in an unlikely place, considering the themes of his later work; in 1954, he created the iconic “Femlin” pixie for Playboy magazine, a character that has graced the “Party Jokes” section of the publication ever since. However, the artist was destined for a different path to fame — his paintings, drawings, watercolors and prints depicting memorable moments in sports, politics and the arts.

Throughout his lengthy career, Neiman created hundreds of different works. Numerous bios describe his artistic fervor as prolific, a label that is by no means an exaggeration. He traveled the world accepting an extensive number of commissions and cultivating a reputation as a talented artist producing universally accessible work. His art commissions for famous sporting events like the World Series and the Super Bowl connected particularly well with sports enthusiasts, an accomplishment that resulted in resounding commercial success that was viewed less than favorably by art critics of his time. Neiman, however, was an unrepentant outcast and continued to create the work he loved.

From 1972 to 2010, he served as the official painter of the Olympic Games, capturing famous feats of athleticism and memorable moments with his signature colorful style. Today, his paintings and sketches can be found in museums across the country, including a collection of more than 100 works on display at the United States Olympic and Paralympic Museum right here in Colorado Springs.

Neiman was also a philanthropist devoted to the belief that art was for all people, making the new downtown display’s accessibility all the more fitting. In 1986, he created the LeRoy Neiman foundation with his wife, Janet Byrne Neiman, and began partnering with arts education organizations to support and nurture young emerging artists by advancing their arts education. He also funded community centers to give young artists a place to learn and flourish.

In a press release announcing the new murals, Dean Weidner, the founder of Weidner Apartment Homes who purchased naming rights to the new stadium, praised the exhibition:

“Showcasing Neiman’s work on the exterior of Weidner Field is a place-making cultural statement of magnitude,” he said. “Where once stood a vacant lot, now is a place where anyone, regardless of age, means, language or ability may gravitate to nearly 1,200 square feet of Neiman’s legendary artwork. By targeting urban renewal areas and high-traffic locations, public art installations like this make it possible for anyone to enjoy a cultural experience.”

“As the second oldest neighborhood in Colorado Springs, the historic Mill Street community is proud to welcome Weidner Field. Residents of this area especially appreciate that a major public art exhibit is now part of our neighborhood, accessible for us all to enjoy.”