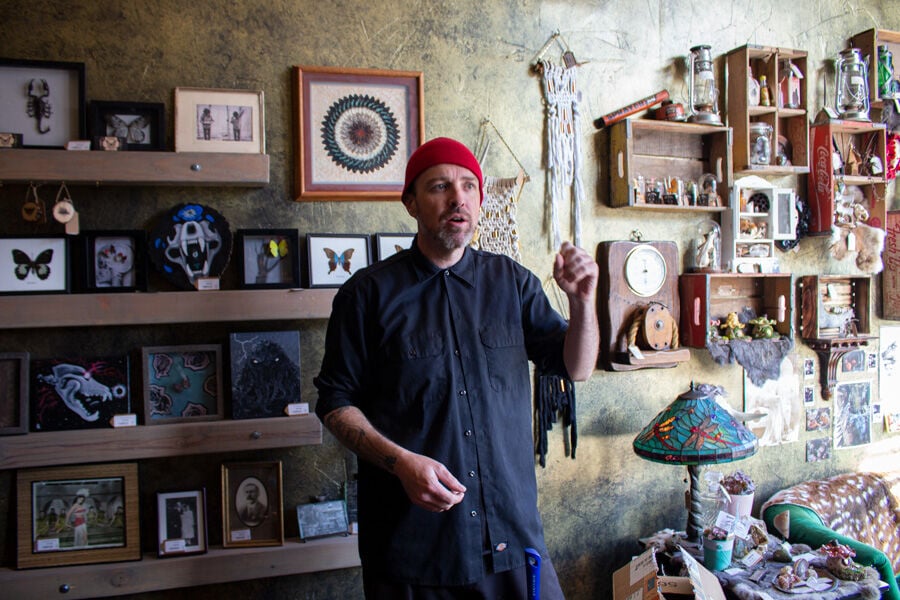 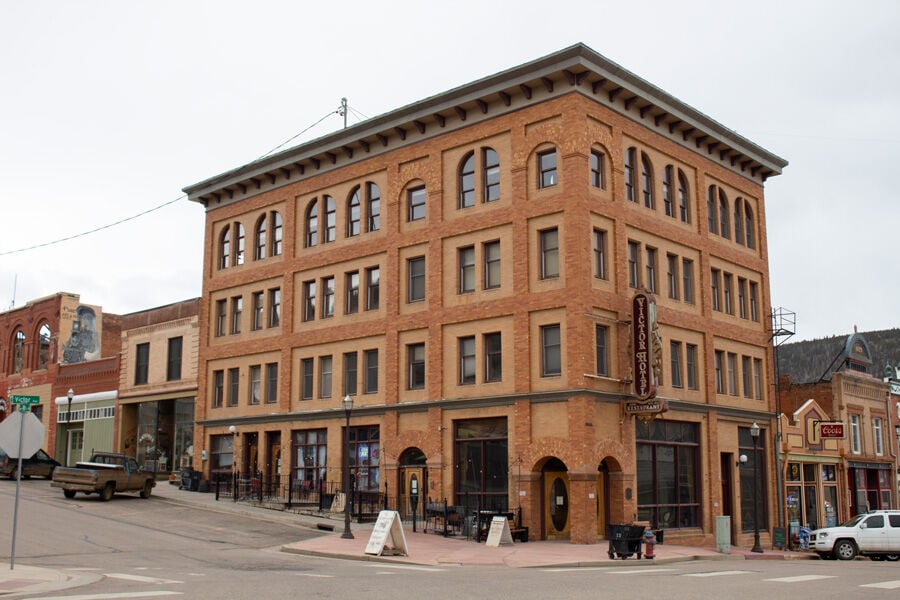 The Victor Hotel and Restaurant 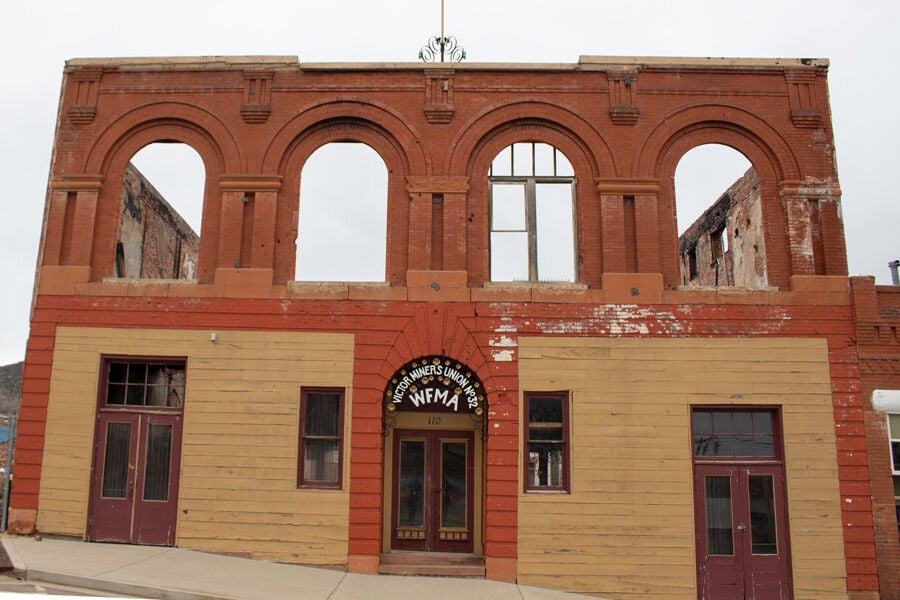 While certainly an interesting marketing angle, ghosts are the least of Adam Zimmerli’s concerns at the Black Monarch Hotel. Zimmerli, whose previous experience includes work in the cannabis industry, is looking to expand not only his personal brand, but the entire town of Victor as well — which would be tricky for any small town, especially one weathering the economic fallout of the COVID-19 pandemic.

“I honestly am super happy with how we fared through the pandemic,” says Zimmerli, who didn’t even have a full year of “normal” business before COVID struck.

As part of his economic revitalization plan, he’s given two three-year leases for $1 to two women who will operate the gift shop and coffee shop he’s planning to open in June on the first floor of the Black Monarch.

“I’m working hard to understand what being an ethical commercial landlord means,” says Zimmerli. “There’s not a clear path to follow… and I’m making it up as I go along. This is an experiment. It might succeed or it might fail, but it was the best way I could think of using my resources to support my community in Victor. I’m excited to be creating an opportunity for young women to start a business and hopefully find financial independence.”

His goal was to find someone to take the helm of the two businesses — Phantom Canyon Gifts and Phantom Canyon Coffee — while he focuses on running the hotel, which recently unveiled three newly renovated rooms. Phantom Canyon Gifts, which has been open for almost two months, features oddities and curiosities, taxidermy, bone art, metaphysical supplies, clothes, antiques, home decor, and jewelry, all with a macabre theme. Featured local artisans include Atropos Curios, Rocky Mountain Punk, and Cronk Art Company.

Phantom Canyon Coffee will sell Ampersand coffee, an assortment of loose teas and fresh baked goods; they hope to add smoothies as well as beer and wine. Ampersand Coffee Roasters is a wholesaler located in Boulder that sources fair trade, organic coffee while supporting women’s empowerment at the farm level and throughout the coffee industry.

“We are thrilled for the opportunity to work with Phantom Canyon Coffee in Victor,” says Ampersand owner Kurt Hans in a news release. “We love the creativity, sweat, and thoughtfulness that has been put into this business and we are excited to serve the community of Victor.”

Zimmerli hopes the businesses will help to revitalize Victor. With both commercial and residential real estate prices skyrocketing along the Front Range, many investors are looking to small towns like Victor to be the next big thing. Kayvan Khalatbari, owner of Denver’s Sexy Pizza chain and a former Denver mayoral candidate, has invested heavily in the southern Colorado town of Trinidad, purchasing 10 properties and investing over $1 million in the hopes that it will spur a cultural and economic resurgence there.

“It was the best way I could think of using my resources to support my community in Victor.”

The main draw for businesses coming to Victor is cheap real estate and a flexible city council who will work with developers, according to Zimmerli. “We’ve got 50,000-square-foot buildings falling down and other parts of the state can’t house people fast enough or cheap enough,” he says. “We really do need residents down here, or interested, responsible investment parties. We have multiple buildings that are underdeveloped and under occupied,” he says. “We absolutely need people to come clean them up and either build housing in them, put businesses in them. Doing an Airbnb listing is a phenomenal way to monetize these buildings.”

Despite the opportunities, there are a number of challenges for potential investors. “In my opinion there are amazing investment opportunities here, but they’re not for everyone,” says Zimmerli, who did much of the restoration work at the Black Monarch himself. “This is not for a lay person. If I hadn’t had a decade of basically exclusively working on really, really nasty, historical, ‘Can you save this?’ type stuff, I wouldn’t have been ready for this. For me, I felt like this was relatively easy and I was at a stage in my life where I was prepared for it.“

In addition to the difficulties of restoring and maintaining buildings built at the end of the 19th century, Victor grapples with the same problem facing other parts of the state: securing a housing supply able to support a workforce. “Our housing stock is absolutely trashed,” says Zimmerli, and that can make it difficult to attract the kind of enterprising young people who would contribute to an economic revitalization, even with $1 leases.

That also places a burden on business owners in Victor looking for employees. The bartender at the nearby Victor Hotel Restaurant also works the morning shift at the Gold Camp Bakery, which has a prominent “Help wanted” sign in the front window. She declined to give her name, but told the Indy she spent months staying with a friend before she could find an apartment in Victor. When she isn’t working in the bakery or the restaurant, she’s cleaning rooms at the Victor Hotel.

The Victor City Council has invested heavily in infrastructure in recent years. “The city of Victor had a renewed influx of income from Newmont Mining [Corporation],” says Zimmerli. “They’re a multibillion-dollar international mining corporation, so they had paid to reopen the mine here. They pay a very large licensing and utility to the city of Victor. It’s about a million and a half a year.”

Starting in 2012, Victor embarked on an ambitious construction project to pave the streets, and install sidewalks, curbs, gutters and streetlights throughout the business district. Those improvements have helped Victor attract new businesses, like the Black Monarch, as well as summer events like the Rocky Mountain Rambler 500, a unique race where teams compete in cars that cost no more than $500, and the annual Gem and Mineral Show.

Zimmerli feels change will come to Victor, but hopes it won’t change the character of the town.