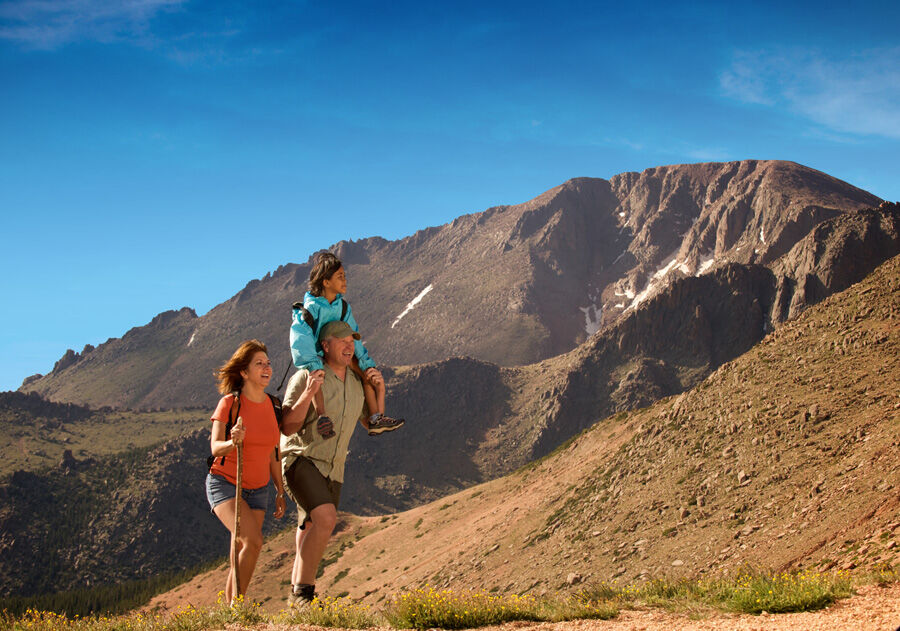 Those who pledge to visit the region safely will be eligible for discounts. 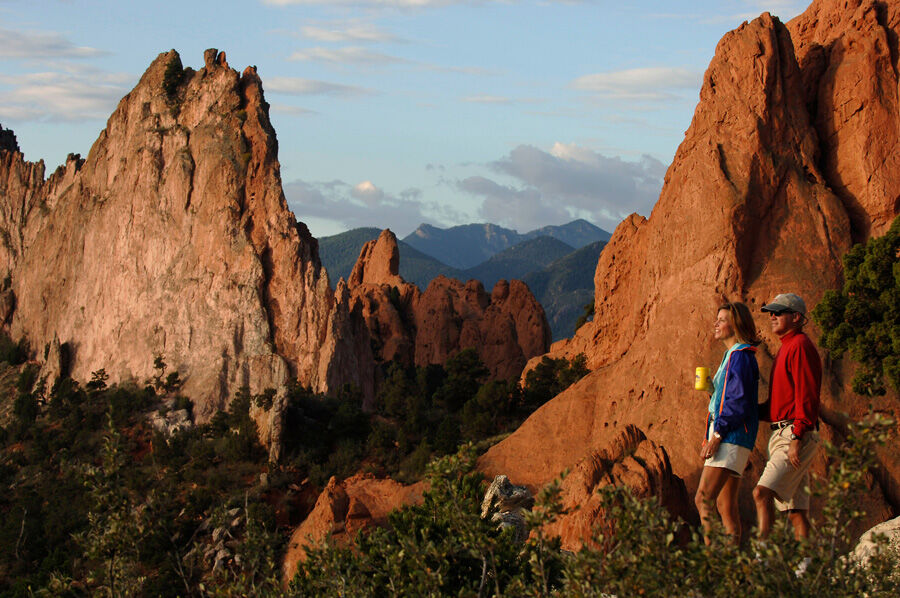 The region’s outdoor recreation treasures have been heavily promoted by Visit COS.

Following a surprisingly good season last year, promoters of outdoor recreation are looking for an even better summer this year for the Pikes Peak region.

Visit Colorado Springs is picking up on messaging that was effective last summer and rolling out new initiatives to draw outdoor enthusiasts. And vendors of outdoor equipment are gearing up to serve pent-up demand for bikes and camping gear.

“We started adding back locally with marketing initiatives in early summer,” Veneracion says. “We knew people were going to be outside, and we wanted to make sure people knew things were open.”

This year, Visit COS is continuing their successful campaigns to promote the region, especially its hiking trails and outdoor recreation sites, says Amy Long, Visit COS chief innovation officer.

“We’re asking people to take the Peak of Safety Pledge,” a reminder to adhere to safety measures such as social distancing, Long says. Visitors who take the pledge fill out a short form on the Visit COS website and get access to discounts and other deals from Visit COS partners.

Early summer campaigns will concentrate on Colorado and parts of Texas, as those were the primary sources of visitors at that time last year. Later in the summer and fall, Visit COS will widen the reach of its advertising as people get more comfortable with travel, Long says.

The city’s sesquicentennial celebration, as well as the restart of the Pikes Peak Cog Railway in May and the opening of the Summit Visitor Center scheduled for late May, will be prominent in advertising and on social media, Long says.

The 2021 visitor guide features an article promoting the 50K for 50 Years initiative, challenging locals and visitors to rack up 50 kilometers in hikes in county parks over the next few months.

“Before long, people are going to be able to get into this magnificent building,” she says, noting that it is filled with interpretive exhibits and features like a level, elevated walkway and a platform over the edge of the peak that allows visitors to be “king of the world.”

Visitors will be able to sample the doughnuts that were a hallmark of the old summit house, and people can even order food in advance for pick-up when they arrive.

A visit to the Summit Center will be part of the Ultimate Pikes Peak Challenge, which Visit COS will be rolling out in early summer. It will also include riding the cog railway, buying a doughnut at the Summit Center, stopping in Manitou Springs and other components that the agency hopes will engage people, Veneracion says.

Another campaign will be built around the Olympics starting in July, focusing on the new U.S. Olympic & Paralympic Museum and Hall of Fame.

“Any Olympic year is good for us,” Long says.

Airlines and RVs will be keys to the success of this summer’s tourist season, Long says.

She expects the addition of Southwest Airlines’ daily flights to and from Colorado Springs to give leisure tourism a boost.

“For people who have been loyal Southwest customers, they’re going to want to book more flights,” Long says.

Noting that United Airlines has resumed service to Los Angeles, she says, “I think we’ll see other airlines adding destinations and probably more competitive rates all around.”

We knew people were going to be outside, and we wanted to make sure people knew things were open.

Long says she also expects to see a lot of RV travel, “as long as gas prices stay down. But I don’t think we’ll see as many [tour] buses. Those trips need to be planned further in advance, and as that population gets vaccinated, they’ll get back to traveling. But I think that will take a bit longer.”

Long also thinks the region will see fewer international travelers this season, but overall, she expects lodging to do well with leisure traffic this summer in response to pent-up travel demand.

“Group business is coming back, but it’s coming back more slowly,” Long says. “We are seeing things being booked for later this year; they tend to be the smaller meetings. … We are going to see that slowly transition back to all in-person meetings. It’s just going to take a little longer than the leisure [sector].”

Visit COS will be encouraging travelers and locals alike to check out bicycles from Pike-Ride, the city’s bike sharing program.

“We include a half-page article about them in the visitor guide,” Long says, “and we mention them a lot organically because it’s unique and people love it.”

Vendors like Mountain Equipment Recyclers, which sells new and used outdoor equipment and clothing, expect to see a high demand for bicycles.

“Last year we were blown away by the demand for bikes,” MER General Manager Ryan Gentges says. “We’ve been building up our bike inventory to prepare for the inevitable uptick when spring hits.”

That demand has been fueled not only by the desire to get outdoors but also by a nationwide shortage of inventory.

Bike parts have been difficult to obtain because supply chains have been hit hard by the COVID-19 pandemic.

According to Bicycling.com, bike component manufacturers have seen material shortages and disruptions in logistics as shipping companies have experienced labor shortages and COVID-related restrictions.

Bike manufacturers, many of which are located in China and Southeast Asia, have been hit by the same disruptions, as well as Trump administration tariffs.

“This winter is on par, if not exceeding, 2019,” he says. “COVID has not stopped many skiers, and maybe more people are buying used now because of tight pocketbooks.”

He expects a rise in demand for camping equipment and plans to issue a call to members for tents and sleeping bags.

“Last year stove fuel ran out really quick,” Gentges says, “and all of a sudden there was a huge demand. This year, we’re making sure we have plenty of fuel for people to buy.”

Kinship Landing, the new boutique hotel that opened in January on South Nevada Avenue, will be connecting lodgers to outdoor experiences they might not otherwise encounter.

“When you book a room at Kinship Landing, you have the chance to enhance your stay with a variety of add-ons,” owner Bobby Mikulas says.

“We just did a ‘snowcation’ package … that came with gear and a guide for skiing, snowshoeing or snowboarding,” he says. “So you could work with us to be connected to Pikes Peak Alpine School and their certified guides and Mountain Chalet to connect you with all the gear you need.”

The hotel is partnering with other vendors to offer hiking, biking, fly fishing and outdoor rock climbing experiences. It also has a relationship with CityROCK for an indoor climbing experience in case a guest wants to learn climbing techniques or if there’s poor weather.

Kinship Landing has gone to great lengths to assure that guests feel safe while staying at the hotel, including separate heating, cooling and air exchange systems in every room, and is requiring partners to take precautions as well.

“Part of underwriting our partners and making sure they’re a good fit is to make sure they’ve got their own good safety policies and procedures in place and that they’re doing a good job of protecting our guests and keeping them safe and comfortable,” Mikulas says.

Mikulas says the hotel already is getting inquiries from people who are interested in booking outdoor experiences.

“I think it’s going to be a great season,” Mikulas says. “I think people are excited to recreate outside in general. I think there’s a lot of pent-up energy that people are looking to release and getting out of their homes and the cities that they live in.”