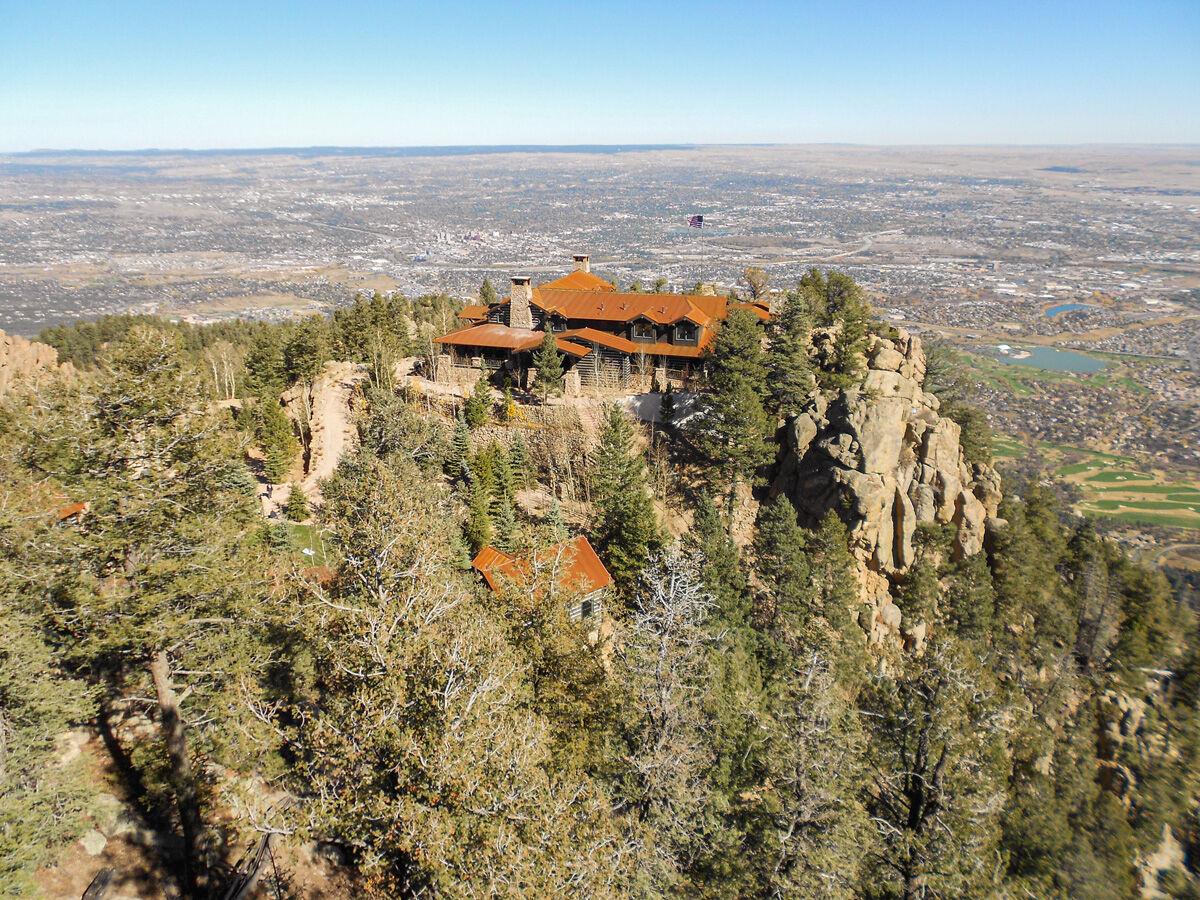 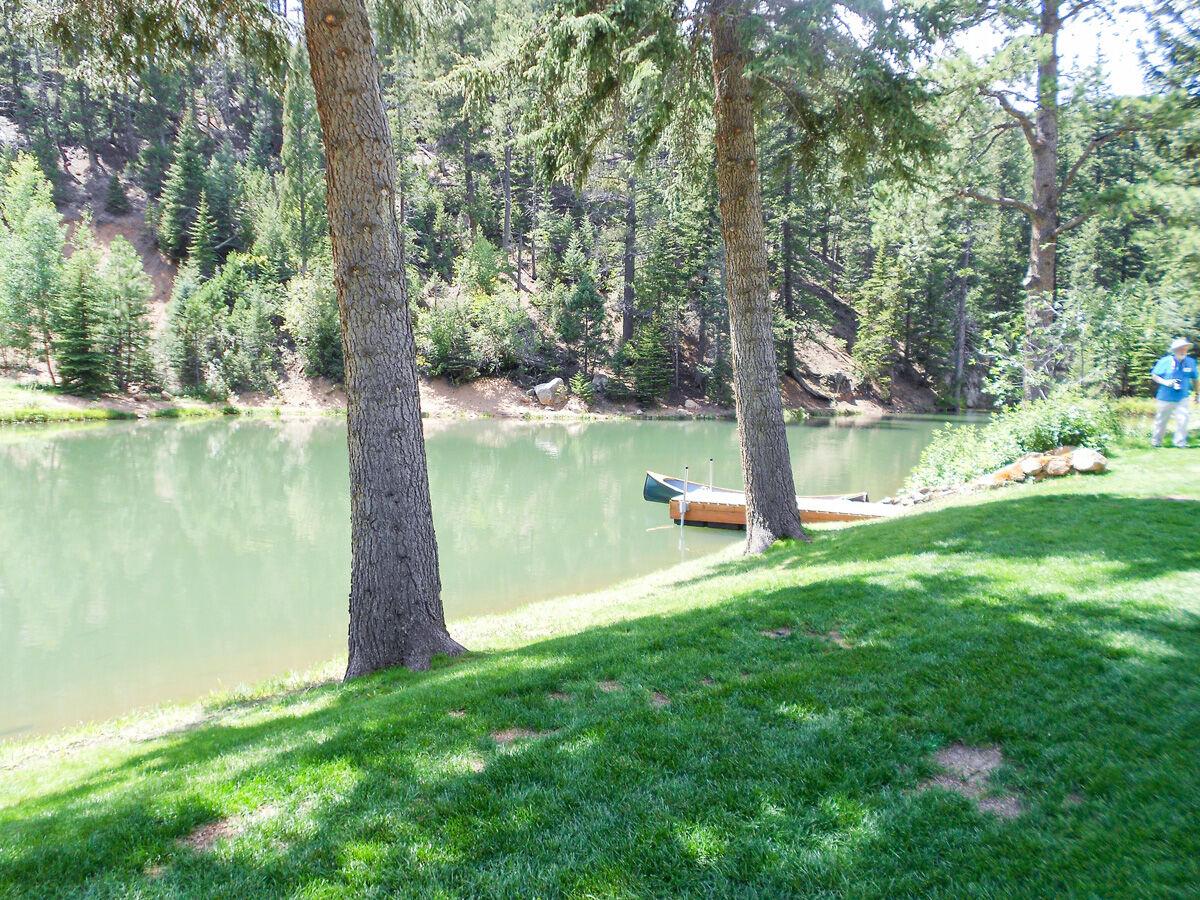 The Broadmoor touts its wilderness properties on its website as offering “authentic Colorado adventures and one-of-a-kind vacations” blended with luxury and hospitality.

“Whichever adventure you choose,” it says, “we promise an experience unlike anything you’ve ever encountered before.”

The posh resort certainly did deliver on that promise in October 2019 when a Broadmoor guide leading three couples on a 2½-hour morning hike got lost and then allegedly abandoned them as the sun set and temperatures dropped.

The party was located by El Paso County Search and Rescue (SAR) teams at midnight — some 14 hours after the hike began. They then had to hike another six hours to a trailhead before returning to the The Broadmoor hotel.

Now, one of those couples, Victor and Annamaria Mitchell, has filed a lawsuit against The Broadmoor and Emerald Valley Ranch, alleging negligence, negligent supervision of the guide by the two entities, and “premises liability for breach of duty to exercise reasonable care to protect guests from danger.”

The Mitchells seek unspecified damages for the “severe emotional distress” and giardia-induced diarrhea they experienced after they “drank deeply” from a mountain stream they stumbled upon after the guide provided no water or food before deserting the group.

The lawsuit provides a window into what happened but events remain somewhat obscured due to SAR’s refusal to release the full report of the rescue mission, asserting it isn’t subject to open records laws due to its nonprofit status.

The Broadmoor’s attorney, John Cook with Hogan Lovells in Colorado Springs, says via email, “The Broadmoor Hotel does not comment on pending litigation. However, The Broadmoor Hotel disputes virtually everything alleged in the Mitchells’ complaint filed by their second lawyer.” Cook did not respond to questions about whether the guide is still employed by the resort or what type of training The Broadmoor requires of the guides it employs.

The Broadmoor has sought an extension until Dec. 31 to file an answer to the lawsuit or to reach “a possible resolution of claims.”

The Mitchells checked into The Broadmoor on Oct. 4, 2019, their lawsuit says.

(Cloud Camp in the Cheyenne Mountain area and Emerald Valley Ranch southwest of The Broadmoor hotel are resort properties owned by The Broadmoor.)

The Broadmoor’s website describes the Ranch as “nestled among the lush beauty of Pike National Forest” where guests can “hike scenic trails,” “explore the mountains on horseback” and return to “luxurious private cabins.”

“This isn’t just any outdoor experience, this is The Broadmoor — so expect unsurpassed service and premium lodging that goes above and beyond in every respect,” the website says.

Cloud Camp is touted as perched 3,000 feet above The Broadmoor, offering 360-degree views and providing “a picture-perfect backdrop for nature walks” and other activities.

The Mitchells’ lawsuit says the 5.3-mile hike was expected to take about 2½ hours. Advising the couple the excursion would start and finish in the morning, the guide said no supplies were needed, the lawsuit says. Hence, the Mitchells wore sneakers, shorts/leggings and T-shirts and brought “one small water bottle and no extra clothing.”

After two hours of hiking, the guide told the hiking party they had taken a wrong turn, but “he knew a shortcut.” That shortcut took the hikers off the trail and through “steep gravel slopes, over downed trees and into dark ravines,” the lawsuit says.

Four hours into the hike, Victor Mitchell asked the guide if they were lost. “The guide did not answer and only started walking faster to avoid Mr. Mitchell’s questions,” according to the lawsuit.

During this time, the lawsuit says, the guide had his own supply of food and water and when asked about it, hid his supplies and didn’t answer.

At 6 p.m. — eight or nine hours into the hike — Victor Mitchell asked again about being lost.

“At this point the guide took off running and left the Mitchell’s [sic] and the other three couples behind, lost and stranded in the unfamiliar wilderness,” the lawsuit says.

When cell phones wouldn’t pick up a signal, Mitchell climbed a ridge to a high point and got enough service to call 911. He was told SAR was on its way.

The Mitchells believed they were going to die from dehydration...

— lawsuit against The Broadmoor

The SAR report says the rescue mission began at 5:39 p.m. after Sheriff’s Office dispatch reported a call for help from “EPSO LT/Head of Broadmoor Security” saying seven people were “lost/overdue,” possibly in the area of Transmitter Road or Rock Canyon. (The director of security at The Broadmoor was Greg Maxwell, who serves as a reserve lieutenant and now is running for El Paso County sheriff in next year’s election.)

“Subjects and guide stranded in difficult terrain and not working together,” the SAR report says. Twenty SAR personnel split into three teams to conduct the search, according to the report.

SAR Operations Director Patrick Kerscher told the Indy at the time it was a treacherous assignment.

“What made it difficult was there are not significant traveled trails in that area,” Kerscher said, noting that three rescue teams came upon the hikers’ location from different approaches, including a so-called social trail that turned into a bushwhacking exercise.

“It was very lengthy, and it was lengthy due to the terrain and lack of trails,” he said. “It was crossing over dead trees, through ravines, and at night you have to go slow so you don’t break anything. They [hikers] had a cell phone with them, so we could talk to them and let them know we were coming. We are very lucky nobody got hurt.”

As the hikers waited to be rescued, the Mitchells were exhausted from hiking without food or water. “The Mitchells believed they were going to die from dehydration and found a small creek to drink out of, which they drank deeply from,” the lawsuit says.

The lawsuit describes the Mitchells as “hypothermic, confused, and scared” as they “huddled together in an attempt to stay alive.”

As the sun set, the temperature dropped. The lawsuit says the Mitchells “were freezing to death.” It’s common for sunny warm October days in the foothills to turn into chilly or even frigid nights.

SAR arrived around midnight and led them on a 6-hour trek back to a trailhead.

A Flight for Life helicopter flew from Denver to help pinpoint the hikers’ location, using night vision technology, but didn’t make a landing, the Indy reported at the time. If necessary, the helicopter, which assists under a cooperative agreement, would have picked up the searchers and dropped them elsewhere, but that maneuver wasn’t needed.

After the hikers were found, SAR initiated a second search and located the guide. The hikers suffered from “minor injuries, dehydration, hypothermia,” the report says, but none was taken to a hospital for medical treatment.

The cause of the incident is reported as “human error, darkness, poor supervision, intentional separation, poor/no map, disoriented” and “exceeded ability.”

Although the report indicates supplemental reports were filed, those are being treated as confidential, because they contain “personal information,” SAR spokesperson Jay Christianson says. The agency isn’t obligated to comply with records disclosure laws, he says, due to its 501(c)3 status. Nonprofits aren’t subject to the Colorado Open Records Act.

When the mitchells returned to The Broadmoor, the resort’s officials “informed them that they could not sue because they signed a release and presented them with a signed release,” the lawsuit says.

“The Mitchells never signed a release, and upon inspection of the release presented by the Broadmoor it was clear that Ms. Mitchell’s signature had been forged,” the lawsuit contends.

Describing the impact the experience had on them, the Mitchells say in the lawsuit that besides being sickened by the stream water, they “suffered from extreme cold, thirst, hunger, hypothermia, and extreme fear,” along with “emotional distress, and loss of quality of life due to the traumatic abandonment.”

The Mitchells’ attorney, David Chambers of Denver, did not return a phone call or respond to an email from the Indy.