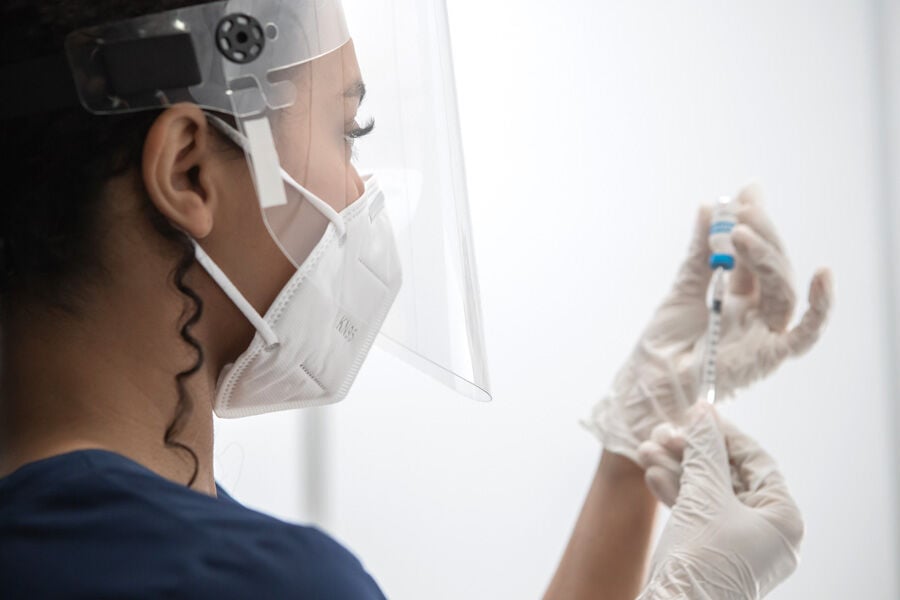 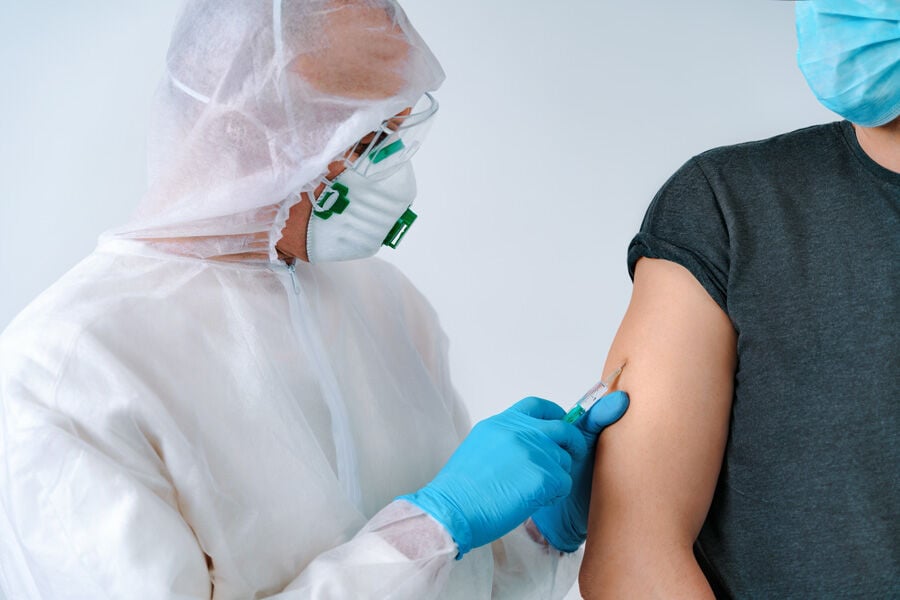 Some Americans are still skeptical about the vaccines.

As Colorado expands its COVID-19 vaccine rollout, a wider variety of employers may be wondering whether they can require their employees to be inoculated against the disease. In some cases, legal experts say the answer may be yes, but there are plenty of caveats.

“COVID-19 has been deemed a direct threat, and as a direct threat the employer would need to make some analysis as to whether or not the employee is a direct threat to either other employees or the public given the work situation to then justify the mandate for having a vaccination,” says Chris Wilhelmi, an attorney with Stinar Zendejas Burrell & Wilhelmi in Colorado Springs.

So far, there is no federal or state law mandating the vaccine, but employers may have that option where it comes to their employees.

According to Wilhelmi, determining the safest route — from a health, safety and legal standpoint — boils down to examining each specific workplace, the job duties of employees and whether those employees can claim an exemption that could nullify a requirement to receive a vaccine. For best practices, he recommends employers turn to the U.S. Equal Employment Opportunity Commission.

Last year, the EEOC issued guidance stating that in order to mandate vaccinations for employees “the employer must show that an unvaccinated employee would pose a direct threat due to a significant risk of substantial harm to the health or safety of the individual or others that cannot be eliminated or reduced by reasonable accommodation.”

An employer can also mandate a flu vaccine under some circumstances, but Wilhelmi says the new guidance makes it easier to require one for COVID-19.

“For instance, an easy example would be a restaurant,” Wilhelmi says, “where there’s constant interaction and it’s almost unnecessary to even discuss. There’s a direct threat to the public and potentially employees, therefore that employer could mandate if they wanted to, with of course the carve outs being religious or medical exemptions.”

Local restaurant owners Todd Baldwin, Luchal Lucas, Emilio Ortiz, Brother Luck and Greg Howard all said they were uncertain about mandating a vaccine for their employees during a livestream with the Indy’s sister publication, the Colorado Springs Business Journal, during its Community Conversations event Jan. 27.

“We haven’t had the discussion whether we are going to make it mandatory or not,” Howard said. “I definitely have some staff members who are not interested in getting it.”

“I’m with Greg. I think when it comes to vaccinations it’s a legal thing and it’s a personal preference thing,” said Luck.

Peter Fowler, who owns All American Sports with his wife in the Springs, has already made up his mind: Even if his business could require a vaccine, he says that’s something he would never do.

“From our perspective, it’s an employee’s personal decision,” Fowler says. “We’re a small business. We’ve got under 20 employees, and almost all of my folks are under the age of 30, with the exception of myself and my wife and one other person. I would say almost every one of them is not wanting to get the vaccine. Some are saying, ‘We’re going to wait and see how it shakes out.’”

George Russo, another local employment attorney, says that many medical facilities have also stopped short of making a vaccine mandatory for employees.

Centura Health, which operates two hospitals in the Colorado Springs area, is choosing to strongly recommend a COVID-19 vaccine rather than making it a requirement.

“The FDA-approved COVID-19 vaccines were released under Emergency Use Authorization, and as such we do not feel it is ethical to compel our associates to receive the vaccine,” reads a statement Centura emailed to the Indy on Feb. 4. “This is true of most health systems across the country. We are continuing to encourage our caregivers and other associates, along with our communities, to receive the vaccine as a means of preventing illness from this virus.”

Centura could not answer, due to health care privacy laws, whether health care workers are opting to become vaccinated on their own.

If it’s just a principled argument, like ‘I don’t agree with this,’ then unfortunately that employer could then say, ‘This is the environment where we’ve justified it. We have a need here.’

Still, the door remains open to the possibility that some employers will begin to make the vaccine mandatory, despite continued skepticism from some Americans who feel the Pfizer-BioNTech and Moderna vaccines currently available were developed on a rushed timeline.

Others are concerned that the vaccines employ an experimental means of inoculation by injecting a piece of genetic code into each patient, known as mRNA. Others  are fearful of serious side effects, which remain rare.

But without a legally defined medical or religious exemption, such concerns are unlikely to cut it with an employer who makes a vaccine mandatory.

“If it’s just a principled argument, like ‘I don’t agree with this,’ then unfortunately that employer could then say, ‘This is the environment where we’ve justified it. We have a need here,’” Wilhelmi says.

Since the two vaccines were approved for emergency use by the United States Food and Drug Administration in December, nearly 539,590 Coloradans have received one shot and 207,562 have received two, according data published Feb. 6 by the Colorado Department of Public Health and Environment. People inoculated in the first two stages of Colorado’s winter phase of the rollout have included adults 70 years and older, long-term care facility staff, first responders and health care workers.

“We expect that the initial supply of COVID-19 vaccines will be very limited for several months,” reads a statement on the state department of health website. “This means that a vaccine will not be immediately available to everyone who wants one. To be as fair and efficient with distribution as possible, the state has developed a phased approach to vaccine distribution to save lives and end the crisis that has been brought on by the pandemic as quickly as possible. By vaccinating people who are most likely to get COVID-19 first, we can keep more Coloradans safe.”

The next phase, set to begin early this month, adds eligibility for Coloradans between the ages of 65 and 69, pre-K through grade 12 teachers, other child care workers and select members of the state executive and judicial branches. The spring phase includes “frontline essential workers,” like grocery store clerks, people ages 60 to 64, people ages 16 to 64 with two or more high-risk conditions and other government workers. Sometime in the summer, the general public may become eligible to receive doses.