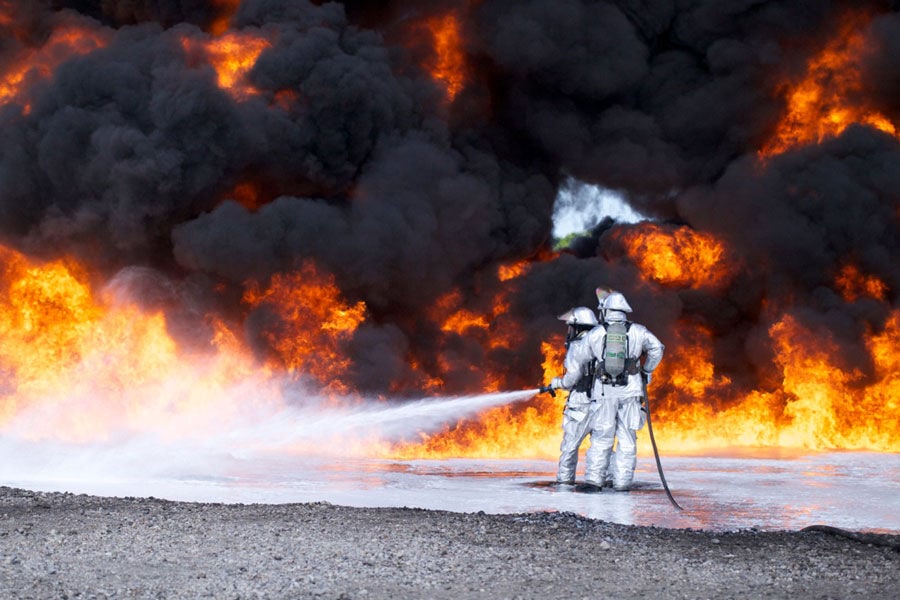 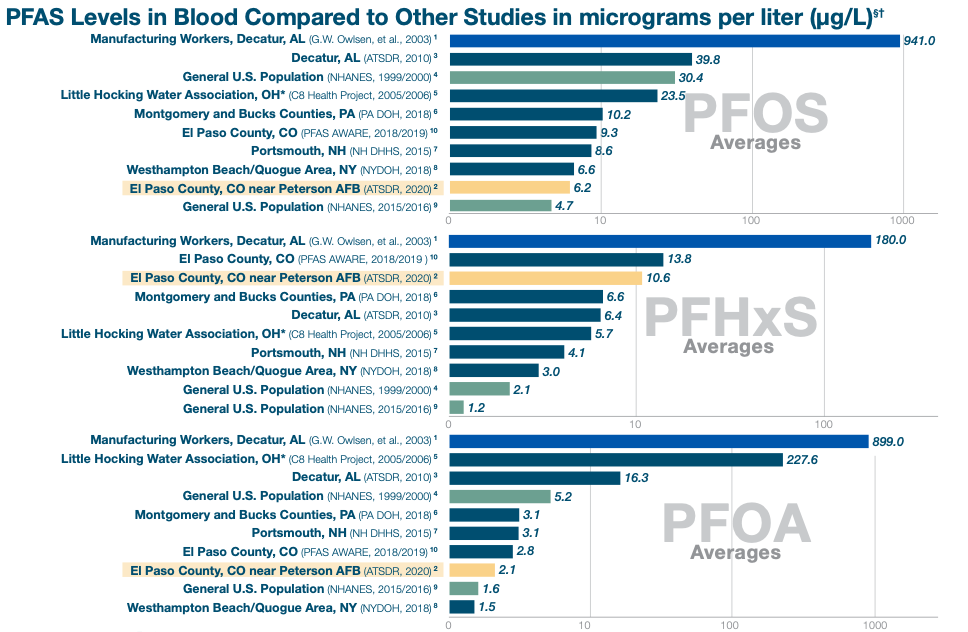 Results of the 2020 PFAS exposure assessment in El Paso County. 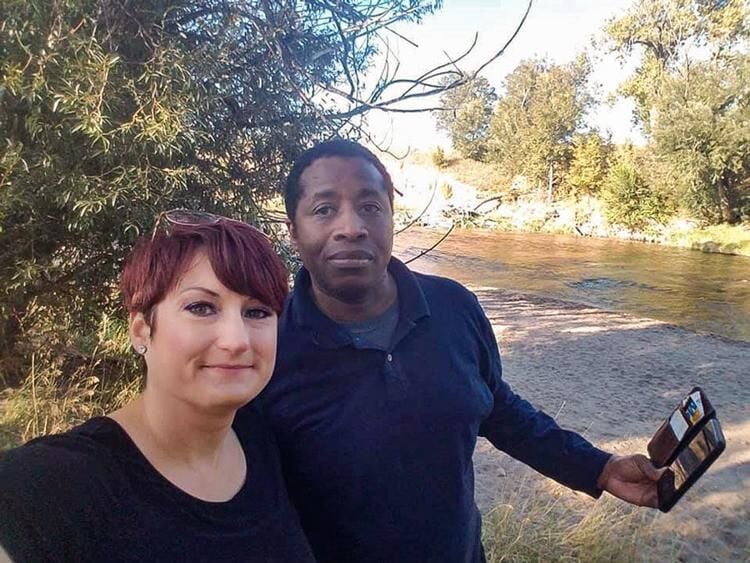 The Centers for Disease Control and Prevention (CDC) and the Agency for Toxic Substances and Disease Registry (ATSDR) have released the initial results of exposure assessments conducted in communities near current or former military bases known to have had per- and polyfluoroalkyl substances (PFAS) in their drinking water.

Individuals who participated in the assessments provided blood and urine samples to CDC and ATSDR for analysis. The assessment focused on El Paso County near Peterson Air Force Base, in the Fountain Valley and Security-Widefield areas.

The assessments measured the levels of three specific PFAS chemicals in 346 residents’ bodies: PFOS, PFHxS, and PFOA, and found levels higher than in the general U.S. population, as measured by National Health and Nutrition Examination Survey (NHANES). Most people in the United States have been exposed to PFAS and have PFAS in their blood.

“PFOS is waterproofing, like Scotchguard,” explained Liz Rosenbaum, co-founder of the Fountain Valley Clean Water Coalition, which has been working to raise awareness of the environmental threat posed by PFAS chemicals since 2016. “PFHxS is the toxic firefighting foam that contaminated [Fountain Valley and Security-Widefield]. PFOA is Teflon. The toxic foam may or may not have PFOS or PFOA in it, depending on the recipe mixture.”

While levels of PFOA and PFOS chemicals were only slightly higher than the general population, levels of PFHxS in El Paso County residents were higher than any other population surveyed, except the people who manufactured the chemicals in Alabama. "What we’ve been fighting for, for five years, is identifying how contaminated we are from the toxic firefighting foam, the PFHxS," said Rosenbaum. "We are highly contaminated in El Paso County."

The most recent results from the CDC and ATSDR were presented alongside results from the 2018 and 2019 PFAS Aware study conducted by the Colorado School of Public Health, and showed a slight decrease in PFAS levels overall. “[PFAS Aware] did a 200 person blood study and then a final 50,” said Rosenbaum. “I was in the 200 and the final 50, and my levels dropped from 19 [micrograms per liter, μg/L] to 12 [μg/L]. You can see just how high we are from 2019, and it’s dropping a little by 2020, because as we’re not drinking this water, it’s not bio-accumulating in our system. What’s been in our system is slowly filtering out as we go to the bathroom.”

Municipal water sources for Fountain and Security-Widefield took steps after the contamination was discovered in 2017 to ensure levels of PFAS chemicals in drinking water were below the EPA’s health advisory level. “To me personally, I think this is promising, that it shows once you are no longer exposed to this in your drinking water that our levels can drop and we can start being healthier,” said Rosenbaum. “Once we stop consuming it in the liquid we’re drinking, it’s leaving our bodies.”

The exposure assessments are the first part in a series of studies designed to examine the impact of PFAS contamination in southern El Paso County. The next step is the Pease Study, a national multi-site study conducted locally by the Colorado School of Public Health that will look at the human health effects of PFAS exposure through drinking contaminated water. “Part two is coming this summer, where they’re testing 1,000 adults and 300 children, four years and up,” said Rosenbaum.

Heightened levels of PFAS chemicals have been linked to health problems such as increased cholesterol levels, changes in liver enzymes, decreased vaccine response in children and increased risk of kidney or testicular cancer, according to Rachel Rogers, an environmental health scientist with ATSDR. “We’re ending up with autoimmune diseases, kidney cancers and diseases and thyroid [disease],” said Rosenbaum. “When all of this happened, before a lot of health studies were done, our community was looked at as, ‘Well, it’s hard to tell how this is affecting your body because there’s a lot of obesity in your community, and smoking.’ Since then, with these studies, here and elsewhere, this PFAS [exposure] causes fat to grow in our body faster and it makes it harder to lose weight.”

Rosenbaum notes that health disparities in southern El Paso County and southeast Colorado Springs can exacerbate problems caused by PFAS contamination. “The other environmental justice issue we have is not only do we keep getting contaminated all the time, we don’t have any specialty doctors and we don’t have a hospital in this end of El Paso County, and there’s five in the north, but we don’t have one here,” said Rosenbaum. “Peak Vista is not a hospital. We don’t have any specialists and we should have specialists here, for kidney cancers, thyroids, autoimmune disease. Something needs to be done. Small communities of like 40,000 people usually have a hospital, and we have 90,000 people down here.”

Centura Health broke ground May 24 on a new hospital near Interquest Parkway and Interstate 25.

Rosenbaum said that military families are at an increased risk of PFAS exposure, and will be presenting at the National Academy of Sciences PFAS Exposure Panel Discussion at 11 a.m. on May 25  “I’m presenting at that, as well as Mark Favors, who has presented to the House Oversight Committee in Washington, D.C., several times,” said Rosenbaum. “Military families are being completely ignored in this equation. Military service-members who have been stationed at all these bases in the U.S. or overseas, and have been exposed to this need to have automatic [Veterans Affairs] benefits, like [those exposed to] Agent Orange. Men who use this in firefighting training end up with testicular cancer. Military families are left out of this equation because they move every three years, which makes our community an easy target because we don’t have long term families who live here. It’s easy to see with [Favors’] large family how many different people have kidney cancer or autoimmune diseases because they’ve been here since the '50s. The rest of us, we got here because of the military, or people are here for a little bit and then they move and they come back and they retire. They’re living on military bases or nearby communities, drinking this water, but they’re moving all the time. I think it’s important for the military to do their own study on military families.”

The latest developments in the Fountain Valley PFAS contamination saga

Since the 2016 revelation that groundwater in Fountain Valley, which provided drinking water…