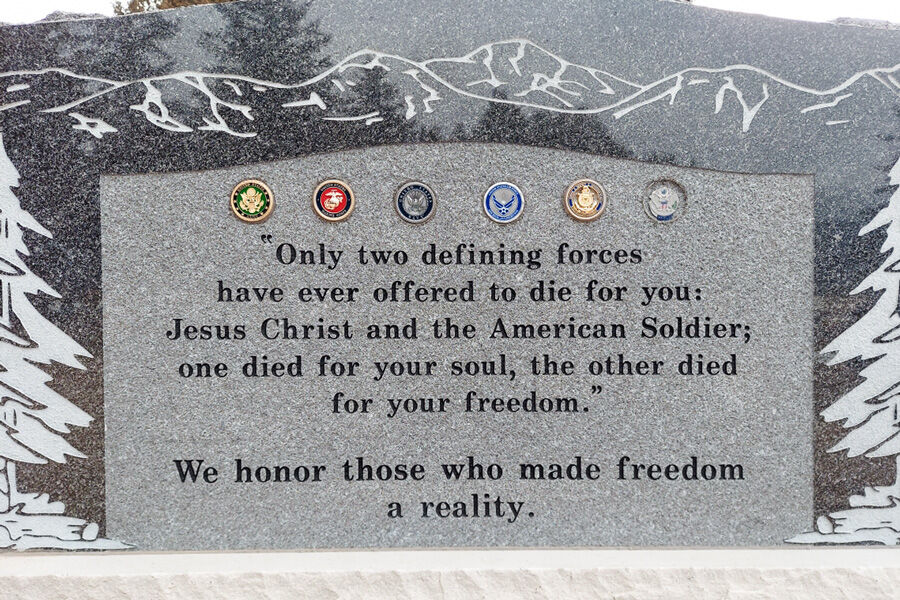 An Eagle Scout’s project that placed a memorial in Monument’s town cemetery has stirred debate. 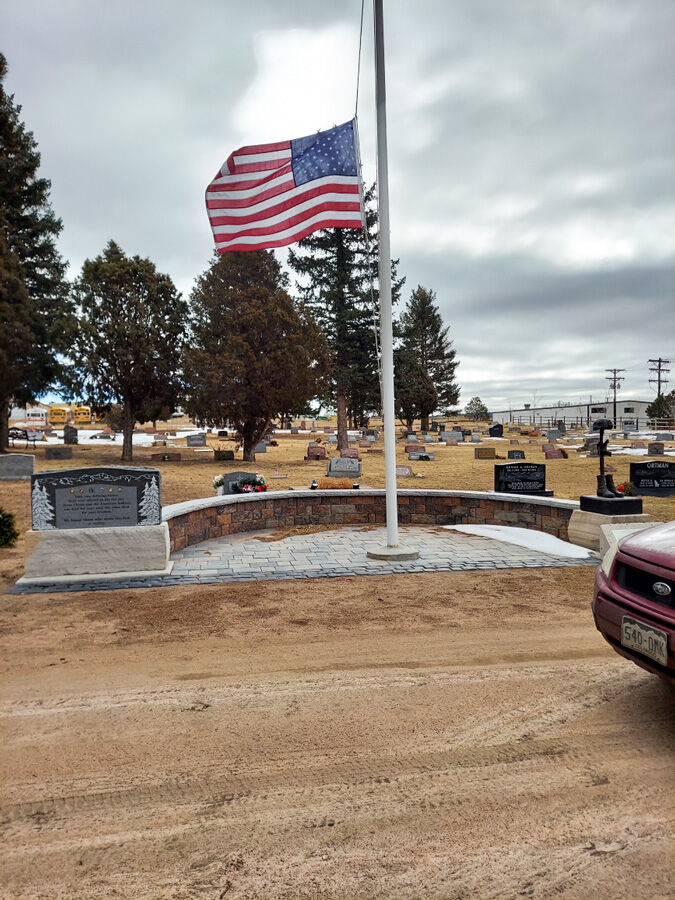 A memorial installed Oct. 3 at town-owned Monument Cemetery as part of an Eagle Scout’s project drew criticism from local residents, who asked the Military Religious Freedom Foundation (MRFF) to seek its removal.

Since MRFF urged the town by letter last month to remove the memorial or the religious language and imagery that refers to a specific religion — Christianity — Americans United for Separation of Church and State has joined the campaign.

The monument, funded largely by donations through the VFW Foundation, was made possible through efforts of Boy Scout Michael Carlson, aided by other Scouts and leaders of Boy Scout Troop 8 of St. Matthias Episcopal Church, according to The Tribune.

The memorial has this inscription: “Only two defining forces have ever offered to die for you, Jesus Christ and the American soldier. One died for your soul, the other died for your freedom. We honor those who made freedom a reality.”

Town Manager Mike Foreman tells the Indy by phone, “We’re working on that right now,” regarding a solution to the complaint.

Mikey Weinstein, founder of the MRFF, sent a letter Feb. 23 to Monument Mayor Don Wilson, calling erection of the memorial a “blatant” violation of the Constitution.

The letter states, “It is simply unconstitutional for your Town to be using taxpayer funds to promote any religious faith, as herein, Christianity.

“The obviously and incontrovertibly sectarian, Christian proselytizing message of that Veterans Memorial would be absolutely fine in a private cemetery, but in a publicly maintained and controlled cemetery, as in this instant matter, it is quite unconstitutional and illegal.”

Citing a Supreme Court case, the letter also notes that retaining religiously expressive monuments is different from erecting new ones. “Because the City’s display is newly created and erected, the City cannot claim any presumption of constitutionality,” Weinstein wrote.

‘It is simply unconstitutional for your Town to be using taxpayer funds to promote any religious faith.’ Mikey Weinstein

Weinstein also takes issue with the “open display of the trademarked Department of Defense military branch emblems,” which he says are “in violation” of DoD instructions that bar use of the branches’ insignia in a way “that creates a perception of DoD endorsement of any non-federal entity or its products and services.”

Most notably, the instruction says, “DoD marks may not be licensed for any purpose intended to promote ideological movements, sociopolitical change, religious beliefs (including non-belief), specific interpretations of morality, or legislative/statutory change... .”

MRFF demands the town either remove the memorial or alter its “Christian proselytizing message to comply with the United States Constitution’s First Amendment (No Establishment Clause)... .”

In a Feb. 25 letter, officials with Americans United for the Separation of Church and State, also took up the cause for removal.

“The Town of Monument and its cemetery serve citizens of many faiths and none,” the letter says. “Displaying a message that indicates that the Town is affiliated with a Christian belief unmistakably sends the message that the Town favors those who follow its preferred religion and that members of other faiths and nonbelievers will be treated differently.”

That’s contrary to the Constitution, which bars government from actions that endorse any religion, the letter says. Though the memorial was created with private funding, “there is no way the monument can be characterized as anything other than government speech,” the three-page Americans United letter said, extensively citing case law to support its stance.

An anonymous letter to MRFF, purportedly from a resident of Monument, told Weinstein, who’s Jewish, to “Keep your long jewish noses out of our Town’s business,” and called MRFF “evil troublemakers who only target believers in Jesus Christ.”

Andy Meyer, of Albuquerque, New Mexico, a scoutmaster who supports MRFF. In an email to the organization shared by Weinstein, Meyer noted a Boy Scouts of America tenet requires that duty to God recognize multiple religions. A scout “respects the convictions of others in matters of custom and religion,” the tenet states.

In October, when the monument was installed, Monument Mayor Don Wilson told The Tribune the Boy Scout “saw veterans were underrepresented here. He didn’t go to the government and say ‘Fix this.’ He decided to fix it himself and asked the government to help. … His leadership and patriotism has bettered our community.” The newspaper also reported the town helped by removing grass around the flagpole and excavating an area for the memorial.

Editor's note: This story has been corrected. Andy Meyer is a current scoutmaster, not a former scoutmaster. We regret the error.