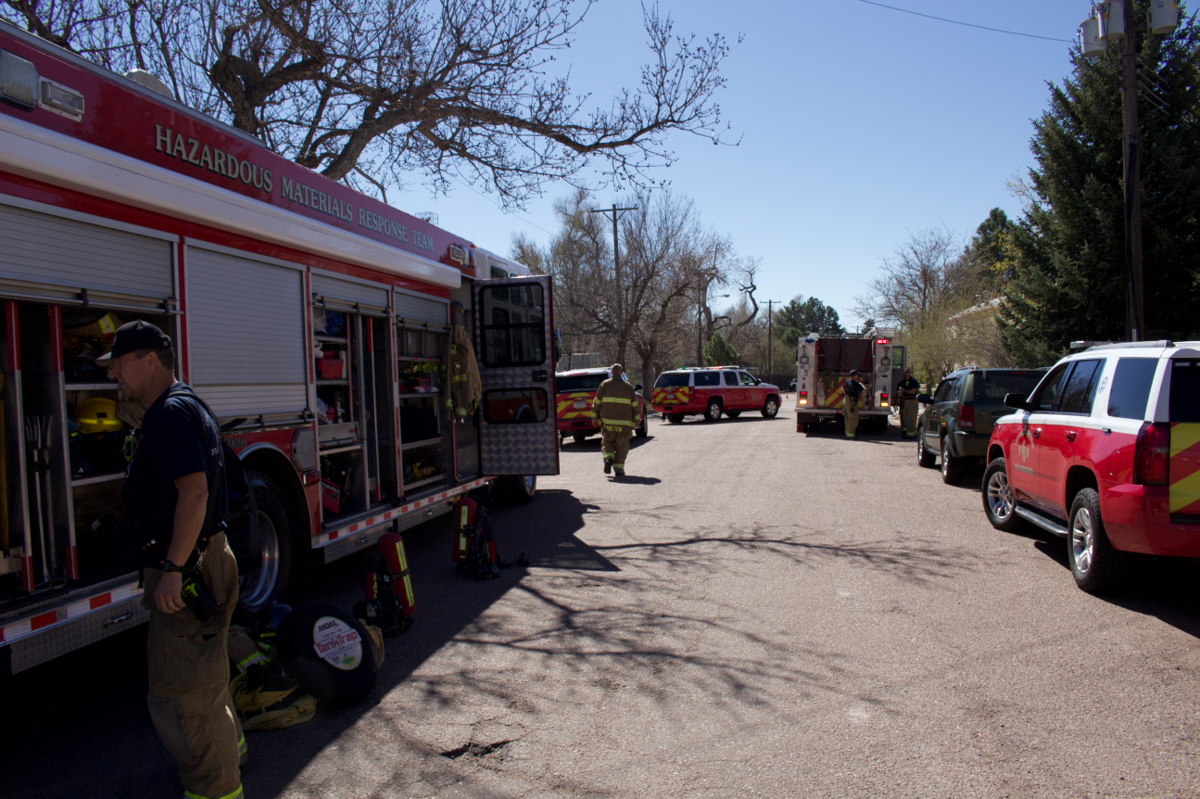 CSFD responded to a potential hazmat situation near the intersection of 21st Street and Sheldon Avenue. 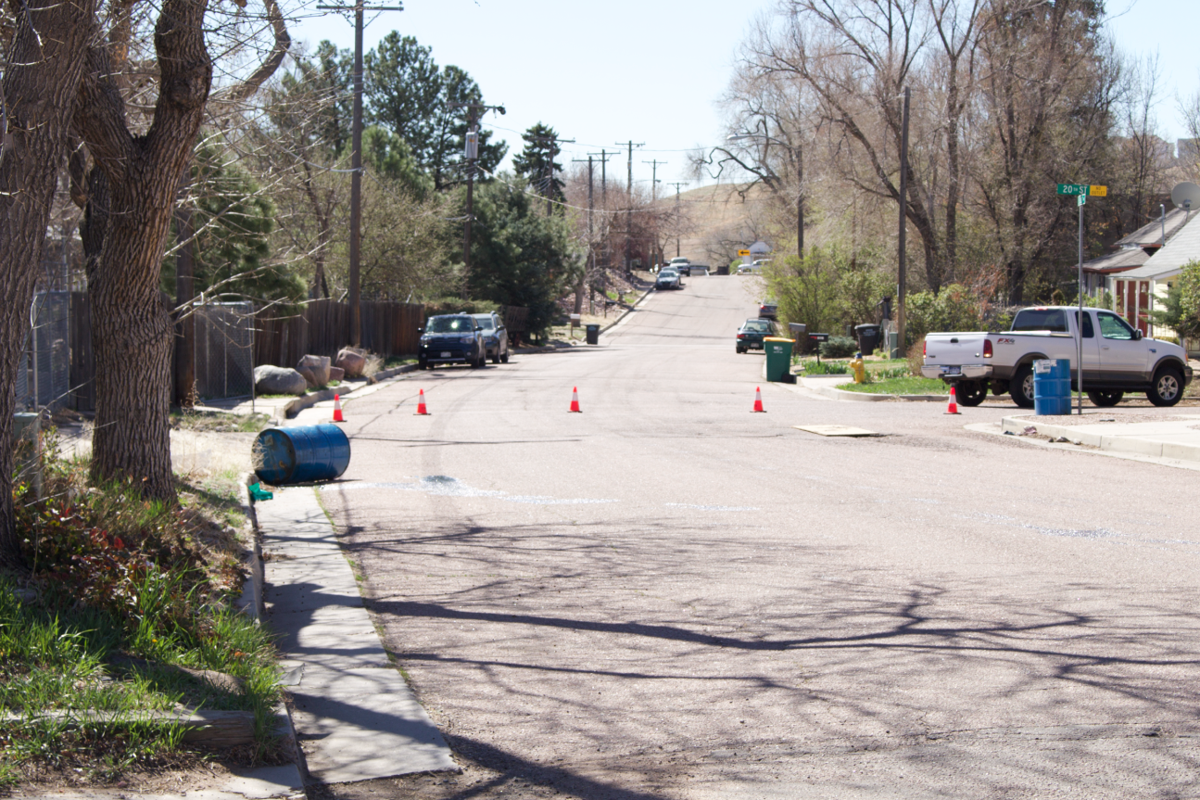 An illegally dumped barrel was leaking an unknown substance onto Sheldon Avenue. CSFD Cpt. Michael Smaldino said it is likely a used oil product, but CSFD's hazmat team is testing the substance to be certain. 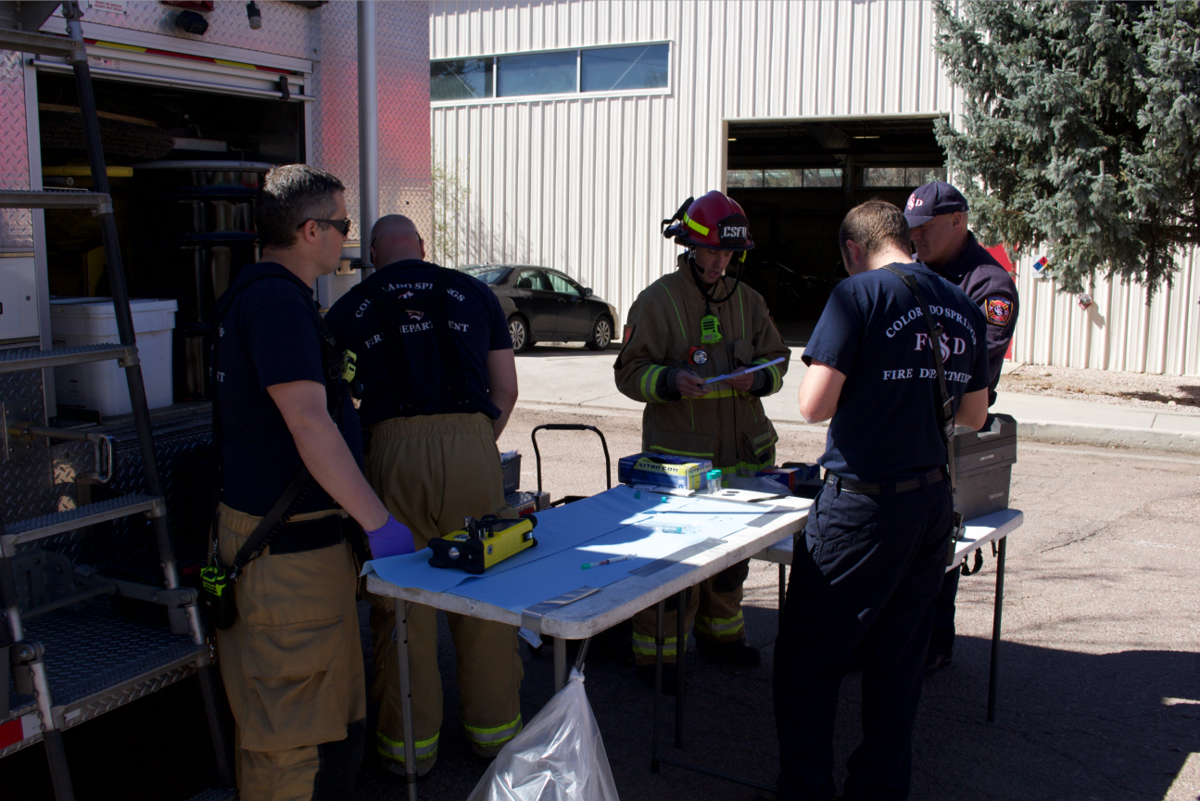 CSFD's hazmat team tests the substance to make sure it doesn't pose a threat to the community or the environment.

The Colorado Springs Fire Department (CSFD) responded to a potential hazardous materials situation at 21st Street and Sheldon Avenue in Old Colorado City this morning, April 30. Captain Michael Smaldino, CSFD public information officer, said while the contents of the spill have not been identified, there is no danger to the community or the environment at this time.

“We were called out here for a barrel that had spilled in the street,” explained Smaldino. Since the contents of the barrel and their origin were unknown, CSFD's hazmat team tested it to make sure the substance didn't pose an immediate danger. “It’s not acid, it’s not dangerous to the environment, it’s not a corrosive or anything. What the label says on there is it should be a used oil product. It doesn’t quite match the color that it should be, that’s why they’re testing it to make sure."

A team from the Colorado Springs Street Division was standing by to clean up the spill after CSFD verified it was safe to do so. “That was one of the big things we test right away is the pH of it, anything that might be explosive or if it’s hot, things like that,” said Smaldino. “It was negative for all that, so we feel it’s a pretty benign product. [We're] just trying to figure out what that product is now.”

Smaldino said the illegal dumping of chemicals can be difficult to investigate. “In the hazmat world it’s called ‘orphan waste,’” he said. CSFD will attempt to use the lot number and any identifiable information on the barrel to track down the dumpers, but in these situations that can be a long-shot. "On something like this, it’s going to be hard to find out [who's responsible] unless there’s somebody who saw it get dumped. We always ask if anybody did see anybody in the area because it happened, obviously, sometime during the night."

Patti Weintraub, who lives near the site of the dumping, is used to strange sounds and even fighting patrons spilling out of the nearby Smiling Toad Brewery, so she tends to keep an ear out. “At 1 a.m., our landlord said she heard something and she saw a yellow van drop something off,” said Weintraub. “Across the street, they usually get deliveries from white vans, but those are usually before 1 a.m. The latest I’ve seen is like 11 p.m. — at the bodyshop across the street — to get deliveries. It was just odd, and then this all happened this morning. We have been having weird stuff dumped in the street. We had a bunch of mail the other day — not our mail; it was the wrong street address  — it was all thrown down the street.”

Smaldino said these kinds of situations are common. but the investigations require a lot of resources, to include identifying the spill.

"You can’t just say, ‘Oh, let’s go throw some dirt on it.’ We have to identify it to make sure it’s not dangerous to the community, dangerous to the environment," he said. "The way it spilled — it’s right here on the curb and it can get into our water system. That’s why we take it seriously and try to identify this product, because if it is going to have negative effects downstream — literally downstream — we’ve got to make sure we’re mitigating it here.”

Anyone with information is asked to call the Colorado Springs Police Department’s non-emergency line at 719-444-7000.