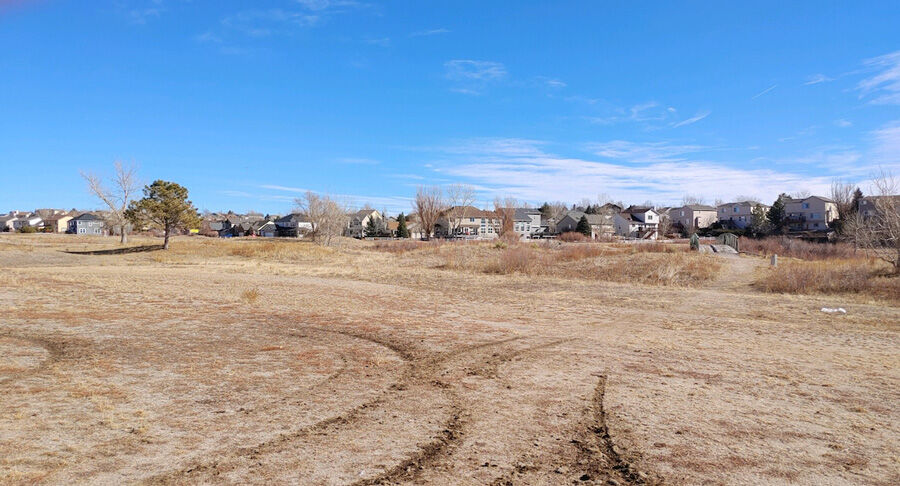 This open space once served as Springs Ranch Golf Course but will be developed for housing. 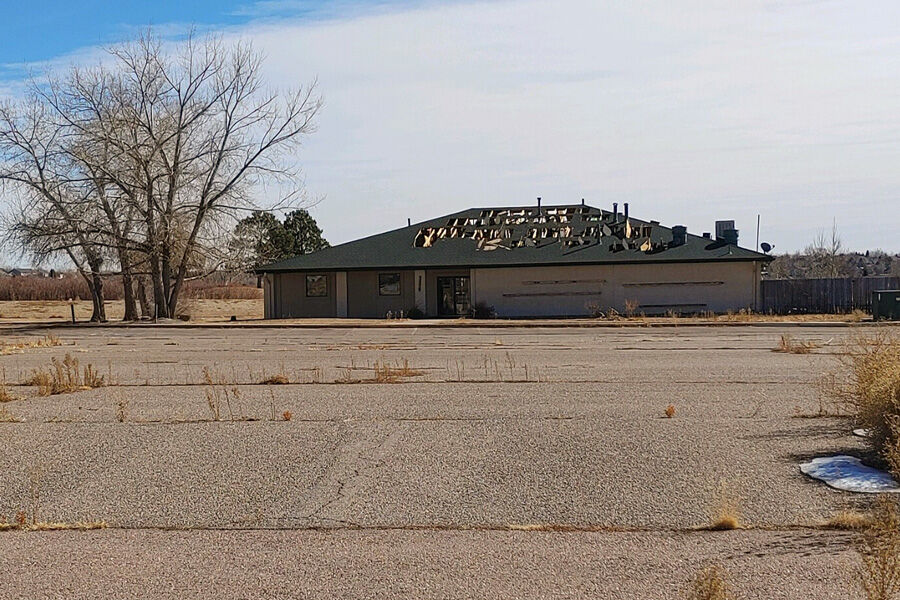 The Springs Ranch Golf Course clubhouse is ready for demolition. 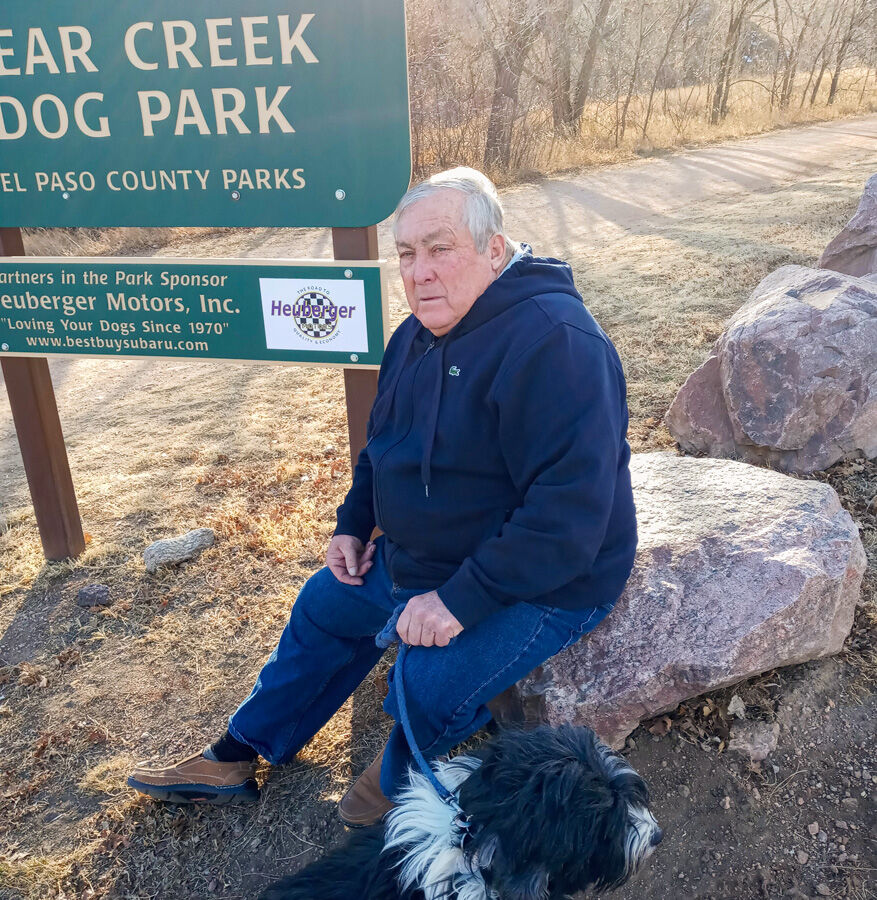 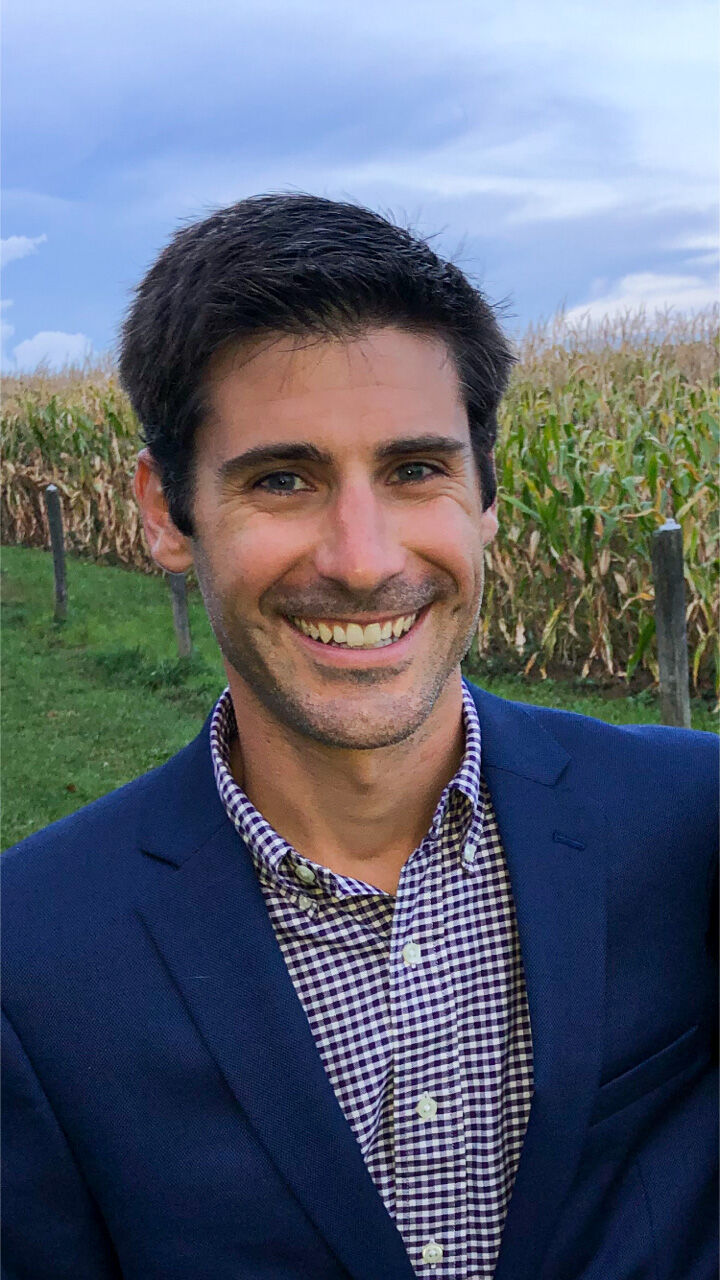 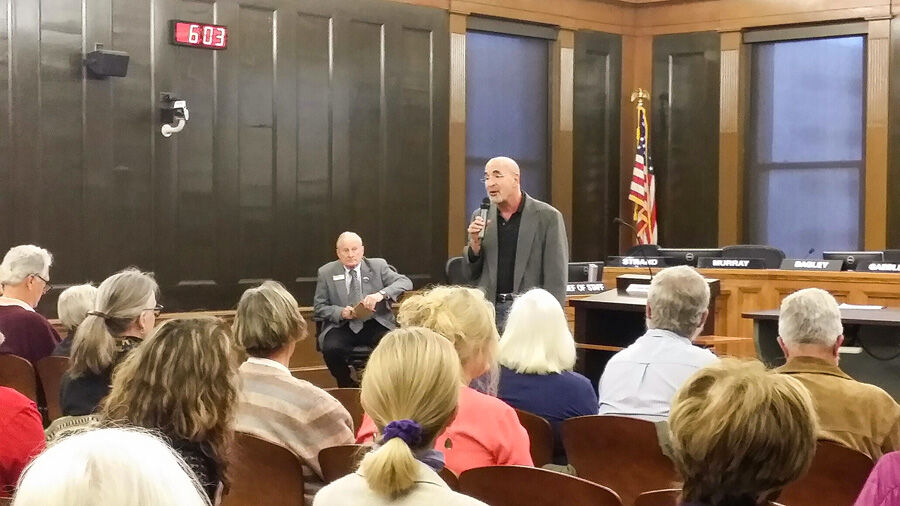 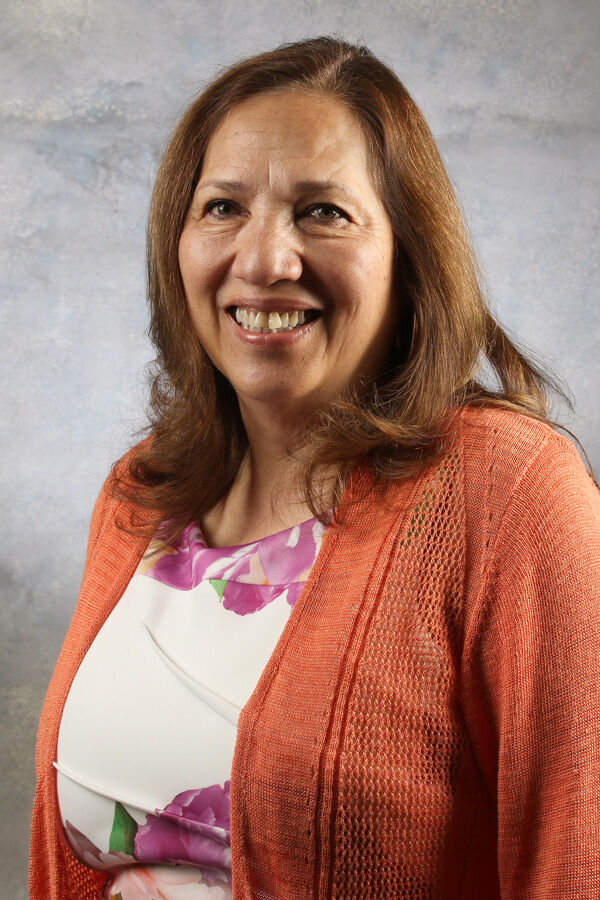 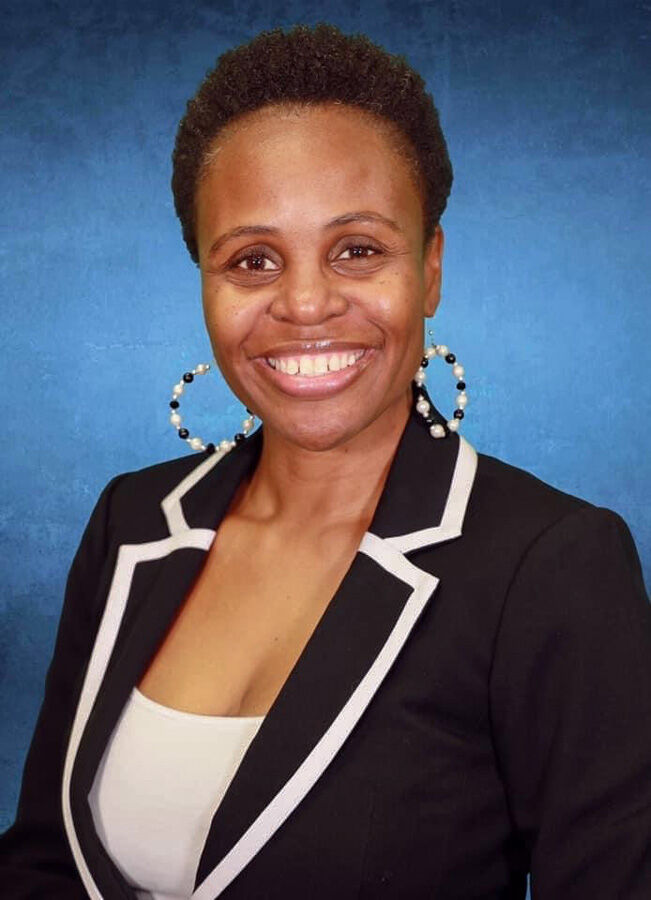 Hundreds of residents packed the City Council chamber on May 24, 2016, to plead that Council reject a proposed land swap that would give 189 acres of open space, known as Strawberry Fields, to The Broadmoor hotel.

Over the last four years, other groups of residents — some who organized and hired legal counsel — have passionately conveyed their thoughts on a variety of contentious issues only to find Council vote the other way.

That’s not lost on several people who hope to win a Council seat in the April 6 election; some named it as their chief reason for running.

Henry McCall, 71, asked Council on Jan. 12 to impose a one-year moratorium on rent hikes. He said 98 percent of renters here see rent charges go up every year and residential rentals are 97 percent occupied.

“It’s nothing more, nothing less than  corporate greed,” he told Council. “We are totally convinced that a one-year citywide moratorium on all residential rates will harm no one.”

He asked Council to set the issue for a public hearing and enact a resolution freezing rents for a year. Council said nothing in response.

McCall tells the Indy he felt dismissed and now wants to unseat incumbent Richard Skorman in the southwest District 3. “I do not feel that citizens’ voices are being heard,” he says. “Corporate America influences [have] crippled and silenced this Council.”

That message resonates with Nicole Rosa, a downtown resident who monitors Council decisions.

“I’m going to vote for someone who’s going to hear me and respond,” she says.

There’s no shortage of controversial issues that have come before Council.

• The city has added bicycle lanes at the expense of vehicle lanes, drawing sharp criticism. It abandoned bike lanes on Research Parkway after a survey showed 80 percent of respondents hated them.

• The short-term rental crowd fought City Hall for months over new regulations, and many came away unhappy.

• A housing proposal up north triggered opposition over what was seen as the  developer’s failure to plan sufficient exit routes in the Kettle Creek North and North Fork subdivisions, The Gazette reported. The June 9, 2020, vote was 5-4, in favor of developers. Councilor David Geislinger (District 2), who faces a

challenge to his second term, was in the majority. Those opposed included Yolanda Avila (D4) and Richard Skorman (D3), both facing opponents in their races.

• On April 28, 2020, Council approved rezoning and other steps to enable Classic Homes to build at least 600 single-family homes on what once was the Springs Ranch Golf Course on the city’s east side. Residents surrounding the course organized a group called Save Springs Ranch to oppose the change. But Council voted unanimously to rezone 175 acres from agriculture and parks to allow the homes to be built.

No one cares until the bulldozers show up.

• Rosa cites the Ed Robson Arena on the Colorado College campus as another example. “Everybody in that entire North End neighborhood is against it because there’s no place to park,” she says.

Nevertheless, the 3,400-seat arena project is going forward, along with a parking garage for 300 to 350 vehicles.

“They have a public process so they can say they had a public process,” she says. “It seems to me their minds are already made up. Developers get their way all the time in this city.”

Now, all six district Council seats are up for grabs. The other three, held by those elected at large, will be on the ballot in 2023.

Some candidates have staked out citizen input as a key issue.

Arthur Glynn, 59, running in southwest District 3, says residents “have lost their voice on City Council,” evidenced by Council’s approval of a low- to moderate-income housing complex in Broadmoor Bluffs despite rigorous neighbor opposition.

Olivia Lupia, also running in District 3, cites that project, The Ridge, as what she calls “a blatant disregard of the voices of the neighborhood residents,” and “a shameful way for City Council to act.”

She adds that a conflict of interest question involving Councilor Jill Gaebler was brushed aside as not requiring her recusal from the vote, which Lupia disagreed with.

Ironically, Skorman ran in District 3 in 2017 on the heels of the Strawberry Fields decision, which he vigorously opposed.

Now, he defends the city’s methods.

He says the Council listens during hundreds of public hearings for both the city and Colorado Springs Utilities, for which Council serves as the board. Some hearings span five hours “so everyone can express their opinion,” he says.

“In fact, we listen to our constituents more than we do anything else on Council — by far,” he says.

He didn’t mention it, but it’s a matter of record that Skorman was among a slim majority who helped parks advocates get their Protect Our Parks measure on the November 2020 ballot. It passed, to the chagrin of Mayor John Suthers.

Some actions might represent more than meets the eye, due to legal considerations,  Skorman says.

“One of the main ways a local government can be a good steward of taxpayers’ money is to cut down the risk of being sued,” he says.

In northern District 2, where Council has decided against neighbors on several land-use issues in recent years, Colorado Springs firefighter David Noblitt says he wants to seek citizens’ input early on in the process to try to reach compromises.

“Working with the current neighborhoods prior to adopting a specific buildout, engaging both sides to find solutions to the problems, might be a good resolution... [instead of] just ramming it down people’s throats,” he says. In fact, there are a few examples of serious negotiations with residents leading to significant changes, or the promise of them.

Jay Inman, also running in D2, blames a “communications problem,” created by “stovepipe” thinking. It can be solved with “hard work,” he says.

“Neighborhood residents are contacted at the outset of any project, and over the course of the application and development process, are encouraged to provide objections and input,” he says via email. Sometimes, city staffers work with citizens for up to two years, making changes to reach compromises.

By the time a proposal winds through that process, which includes the citizen-based Planning Commission and numerous opportunities for people to contribute, “Very rarely is anything new,” he says.

Matt Zelenok, running in District 5, says at least part of the problem of citizens feeling disenfranchised comes from proposals that are overly complex that staff try to explain at poorly attended public meetings. The result is citizens later feel left out of the loop and in the dark on the true impact.

Or as he notes, “In short — it’s been said in Colorado Springs that ‘no one cares until the bulldozers show up.’”

That isn’t to say that Zelenok always agrees with Council decisions, though.

Nancy Henjum, also running in D5, says it’s up to citizens to stay informed and seize the chance to have a say-so. That said, Henjum says the city’s processes could extend “a greater reach” in the community by using many digital platforms.

Jim Mason, running in northwest D1, agrees with Zelenok. The city doesn’t spend enough time spelling out the plans and the consequences.

Simply put, he says, “I think we all could do better in communicating with our fellow citizens.”

Not everyone criticizes how Council responds to citizen input.

Glenn Carlson, a D1 candidate, points to the rezoning of property at 2424 Garden of the Gods Road.

Florida-based Vision Properties is seeking a zoning change from industrial to allow construction of hundreds of apartments on the 125-acre site west of 30th Street. The office park originally was occupied by MCI but now is only about 40 percent occupied, which means most of its 3,620 parking spaces are vacant.

After Mountain Shadows neighbors, who oppose the plan based on density and added vehicular traffic, made a stand against it, the city delayed action.

He calls the Vision Properties rezoning issue “a great example of this process in action” and “how to effectively organize as a community and ensure your voice is heard.

“Our community is adamantly opposed to the plans as they are currently laid out,” he tells the Indy via email. “We have come together en masse as a community and have put forth great questions, thoughtful comments, and had hundreds of people from the neighborhood on the City Planning call.”

I do not feel that citizens’ voices are being heard.

The result: “The vote was pushed back two more months to allow for further clarification and modification of these development plans,” Carlson says, though he acknowledges there’s no guarantee the plans will be significantly changed in response to the neighbors’ concerns.

Justin Hermes, a D5 candidate, says he sees both sides.

“I think there have been times residents have not been treated fairly for certain land use decisions,” he says via email. “But I also think the city and developers have offered proper communication more times than not.”

He cited Springs Ranch Golf Course as an example of the developer reaching out to neighbors and modifying the plan in response to their concerns, such as reserving larger setback space and setting aside open space.

“With the crisis of affordable housing,” Hermes says, “we have to be flexible with land use where it makes sense,” such as developing land “where infrastructure already exists.” That’s commonly called “infill” development, a city priority.

In District 4, Regina English, who’s challenging incumbent Avila in the southeast area, didn’t criticize current practices but vows to bring “a strong, consistent, collaborative, inclusive community voice to the decision-making process of City Council.” She didn’t cite specific cases of a disconnect, but said she’s committed to “bring the voice of community to the table and not the voice of Regina.”

It’s worth noting that Avila doesn’t always fall in line with what developers want. She has voted in the minority against some initiatives and land-use proposals.

Says Avila, “I saw a desperate need for real representation in Southeast Colorado Springs. After nearly four years, we’ve accomplished a great deal of incremental change in many areas, including economic growth, and infrastructure. I am running for reelection to make sure that the progress continues.”

Sometimes, Council does deliver — no matter how long it takes.

Take decommissioning Drake Power Plant downtown. During a hearing attended by Rosa years ago, “We just felt ignored. Some were texting. Some eating. They weren’t paying attention. The public comment period was something they had to get through.”

In June last year, Council voted to shut down Drake by 2023, hastening its demise by 12 years. It was a victory for Rosa and many others, who had lobbied for years to get rid of the coal plant.

Not all candidates responded to the Indy’s questions about Council’s responsiveness to residents.