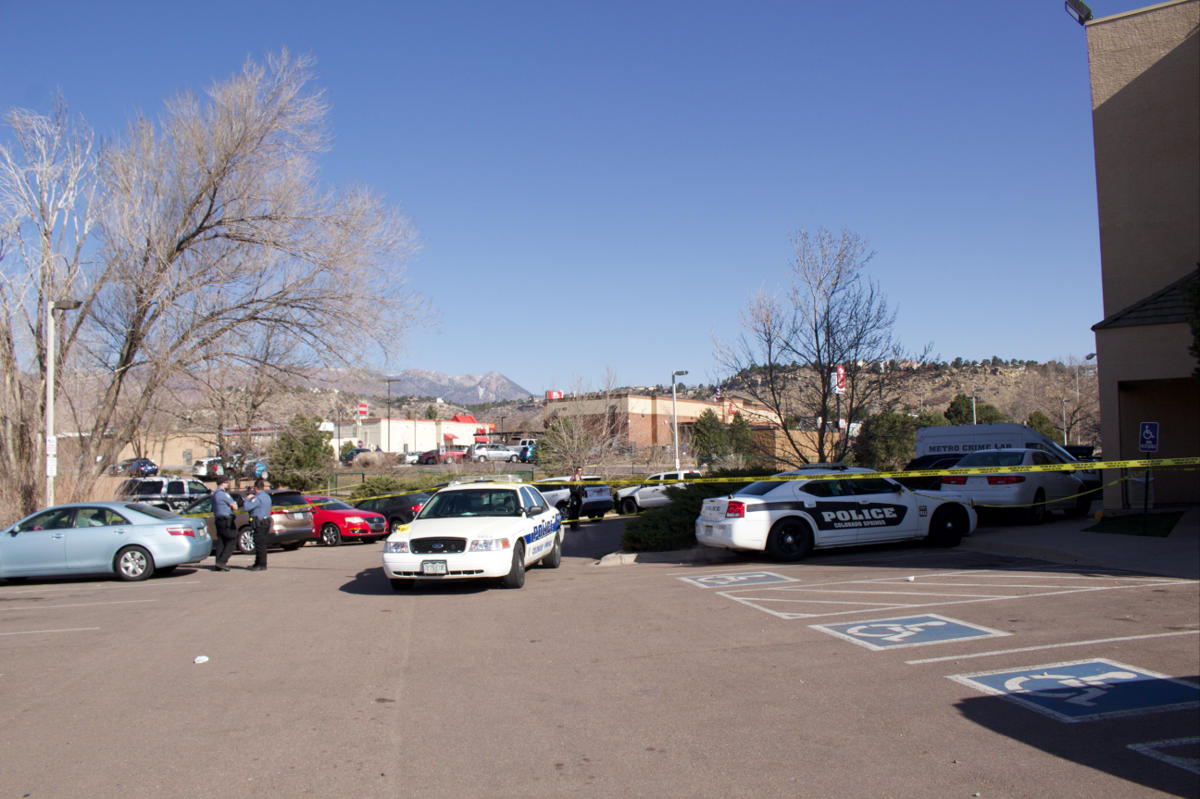 According to CSPD, the suspect high-centered a stolen white Honda sedan and then exited the vehicle with an AR-15 under his chin. 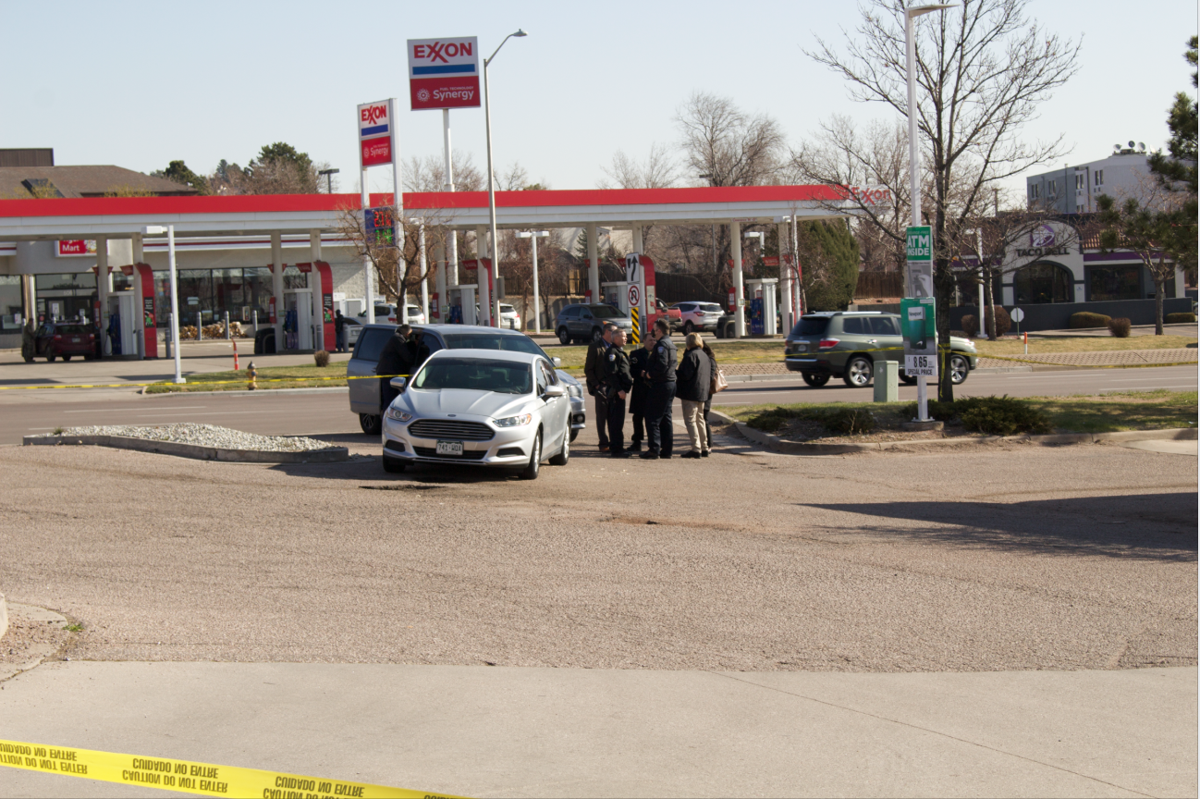 El Paso County Sheriff's Office will conduct an investigation into a shooting by a CSPD officer at the 500 block of West Garden of the Gods Road.

A Colorado Springs Police officer shot someone suspected of stealing a vehicle at approximately 6:30 a.m. this morning, April 22, at the Phillips 66 gas station in the 500 block of West Garden of the Gods Road.

According to Lt. James Sokolik, CSPD public information officer, the incident began as an investigation into a reported stolen vehicle in the parking lot of the nearby Quality Inn & Suites. “They located a vehicle with no license plate, attempted to make contact with the occupant inside that vehicle,” he said during a press briefing at the scene. “That [suspect] fled from them, high-centered the vehicle on the other side of the hotel. The suspect then exited that vehicle with an AR-15 rifle, placed it under their chin and then began to walk towards Garden of the Gods [Road].”

The suspect did not comply with verbal commands from CSPD officers, and walked towards the Phillips 66 gas station where a bystander was pumping gas. “The officer from CSPD deploys his Taser,” said Sokolik. “The Taser is ineffective. One of the officers from CSPD then deploys his rifle, shoots the suspect at least one time. The suspect was transferred to a nearby hospital.”

According to Sokolik, the vehicle, a white Honda sedan, was confirmed stolen. No further information about the male suspect's identity or status is available at this time.

The CSPD officer is currently on administrative leave as the El Paso County Sheriff’s Office conducts an investigation into CSPD’s use of force. There has been a rash of police-involved shootings in Colorado lately. On April 19, a Fountain Police officer shot and killed a suspect at Interstate 25 and North Academy Boulevard following a pursuit involving the Colorado State Patrol. CSPD officers also shot two armed robbery suspects at Delta Drive and Chelton Road following a pursuit on April 5.