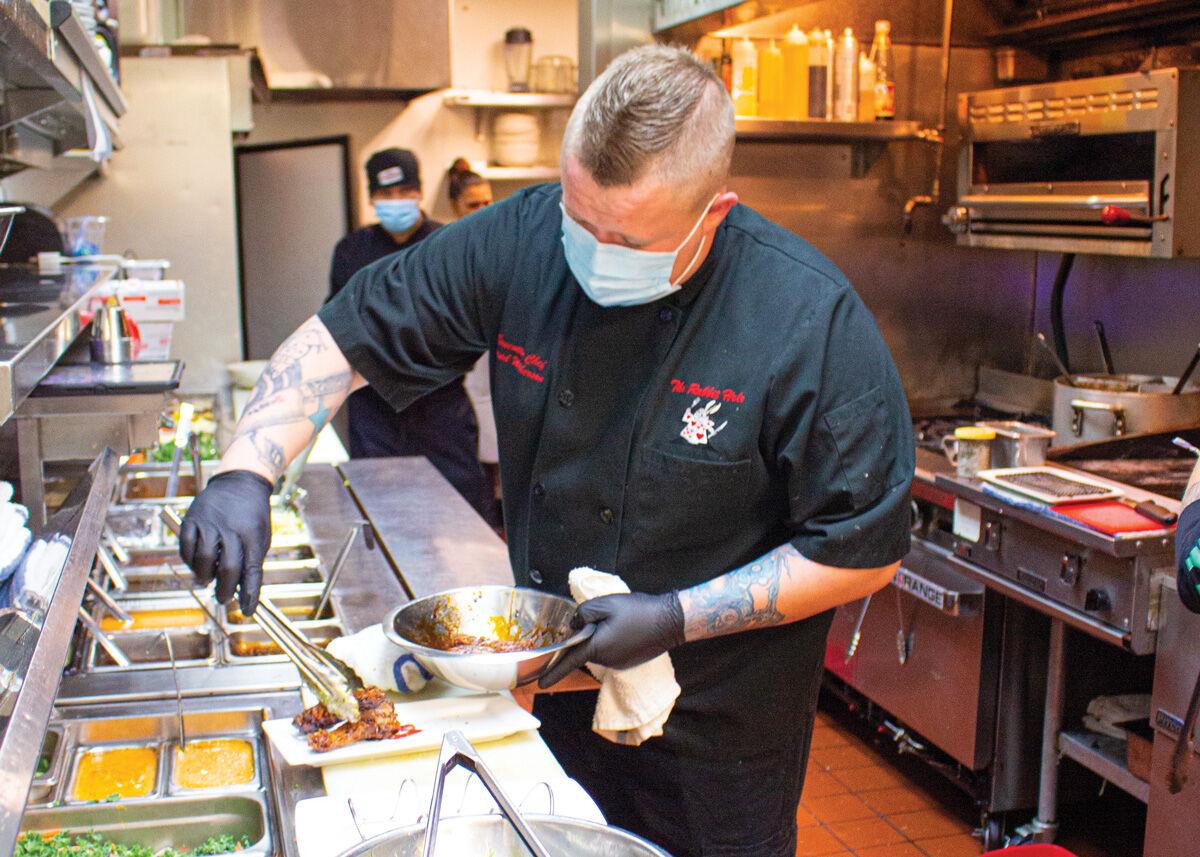 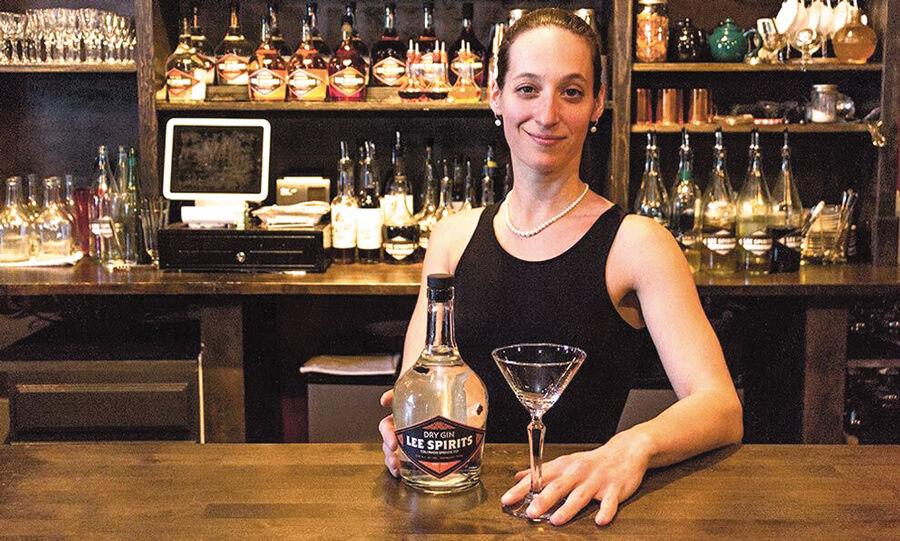 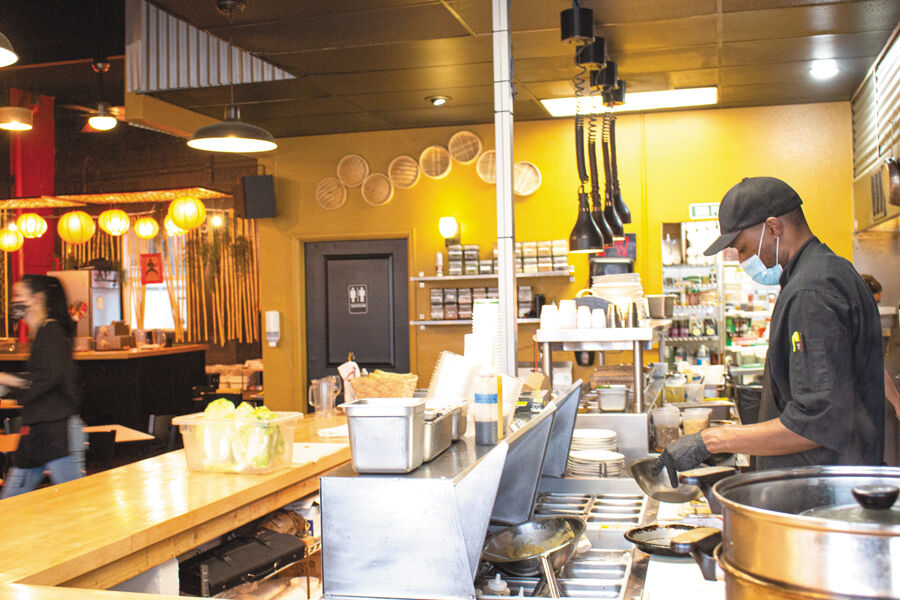 Restaurants throughout the United States are in the midst of a labor shortage. 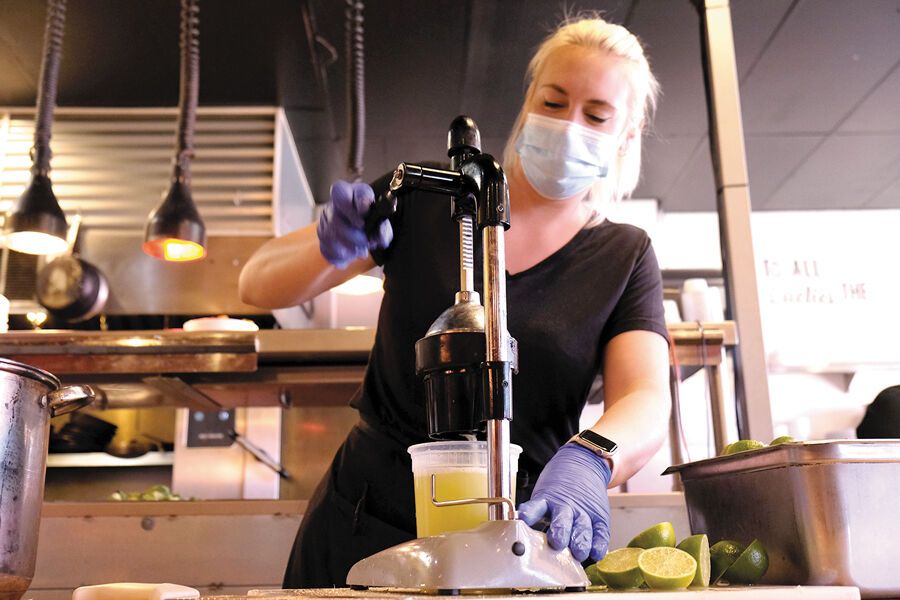 Restaurant owners whose businesses survived the first year of the pandemic are finally beginning to see their customers come back, but now there’s a new problem this already battered industry has to solve: finding enough workers to be able to serve them.

“We definitely are seeing a shortage in restaurant workers in the community,” says Joe Campana, a Colorado Springs entrepreneur who owns several area restaurants and bars, including Bonny and Read and Shame & Regret. “We’ve been OK, but I’ve heard it all over town. I’ve had a number of different owners call me in the last few weeks asking me to forward applications over to them, anything we’ve got.”

Campana is one of the lucky ones, but finding additional bodies to operate four new locations he hopes to open later this year might present him with the same challenge many other restaurateurs in Colorado Springs and across the United States are already contending with.

As of late last month, for example, Tim Peterson, who owns Beasts & Brews on the Powers Boulevard corridor, was still short of about 10 employees he needed to fully reopen his popular taproom and butcher shop in north Colorado Springs. His executive chef, he says, was the most recent employee to call it quits, forcing him to close for the week of April 25.

“I have several employees who left and they’re working in the medical field,” he says. “They’re receptionists or doctors’ assistants. I have one that got a real estate license. They just say, ‘I can’t ride through another year. I can’t ride the roller coaster of up and down.’ And so they make a career change and stop working in the industry.”

According to the National Restaurant Association, the restaurant industry in the United States ended 2020 down about 3.1 million employees compared to 2019. Around 12.5 million managed to continue to find work despite the closure of 110,000 restaurants by the end of last year.

Since the beginning of this year, new positions in the restaurant business have been increasing by around 20 percent every month. March alone saw the addition of 175,800 restaurant jobs. But while some workers who left the industry last year have returned to it in 2021, the supply of restaurant jobs is still far outpacing the number of workers currently available to fill them.

Roughly 1.8 million workers are still needed to meet the supply of new jobs coming available in the United States. In Colorado, around 78,000 restaurant workers, the people who once were cooking food, seating guests or running plates to tables, still haven’t come back.

For many of the people she knows who left restaurants for good, she says the pandemic inflamed long-standing challenges that have always been part and parcel of the field.

“Some people realized they don’t necessarily want that stress in their life of the restaurant industry, which has long hours, late hours and kind of inconsistency with pay because it is a tip-based job,” she says. “So I think maybe people kind of refocused and maybe found other outlets, other jobs. I have a couple friends who started working in grocery stores or kickstarted their photography businesses or just found other outlets to start working and not have to do those late nights anymore.”

The decision to leave for many workers has also been based in large part on their respective level of experience and rank in the field, she says. Whether they were all in with a full-time restaurant job or were only working part-time on the side in order to cover their bills appears to also be a factor.

As a career restaurant professional, Mullett, always knew she was going to come back to the food and beverage industry. For the eight months she was on unemployment last year, she says she talked on the phone almost daily with Campana about when the pandemic would subside enough for her to get back behind the bar again.

“I have been working in restaurants since I was 18 years old, and I do it because I love it,” Mullett says. “It’s not a stepping stone for me. It’s not a career I accidentally fell into. I did four years of culinary school. I’ve worked with a bunch of different restaurant owners here in town, and I love the restaurant movement that we have in Colorado Springs and the community.”

She also says that community kept her head above water while she was out of work.

“During the time that we were all off, the Colorado Springs Bartenders’ Guild and Springs Native, with Meagan Thomas — they both did a bunch of stuff to keep some of us restaurant people afloat,” she says. “Even at one point the Bartenders’ Guild helped me buy dog food because I have three dogs. Even saying that makes me kind of tear up a little bit. For me, having this year be as tough as it was, I got a lot of support from our restaurant community, people that cared. So, if anything, it encouraged me and empowered me to want to come back into our industry that much stronger because I was really grateful that we kind of came together in such a difficult time.”

But not all restaurant owners are convinced their former workers have just left for greener pastures.

Instead, some restaurateurs have grown suspicious that people are deliberately staying out of the workforce so that they continue to collect unemployment benefits, which have been enhanced during the pandemic to in many cases far outpace the combined wages and tips workers can typically earn in a restaurant.

Brother Luck, a local chef who owns Lucky Dumpling and Four by Brother Luck in the Springs, for example, says he’s had no trouble getting applications to fill spots on his staff this year, but he suspects that many of them in recent months haven’t been backed by a genuine desire to land a job.

“There has been a lack of people showing up for interviews,” he says, taking a break from cooking at Lucky Dumpling. “You’ll get a lot of applications, but then people are not showing up for their interviews, which is tough. The assumption from our point of view is people are just fulfilling the requirements on their unemployment.”

...People are not showing up for their interviews, which is tough. The assumption from our point of view is people are just fulfilling the requirements on their unemployment.

The Colorado Department of Labor remains inundated with record numbers of unemployment claims this year, both legitimate and fraudulent. Nearly 9,000 claims were filed the week of April 10 alone, according to the state. In January, the federal government extended the length of time an eligible individual could receive Pandemic Emergency Unemployment Compensation from 13 to 24 weeks. Some business owners — not just those running restaurants — believe these special unemployment benefits may be doing more harm than good at this stage.

“I do see volume returning, business returning, which is great,” Luck says. “The business levels are dictating and justifying the labor, so if there are bodies out there, the restaurant industry really needs them.”

The business levels are dictating and justifying the labor, so if there are bodies out there, the restaurant industry really needs them.

On the other hand, Greg Howard, the president of the Pikes Peak Chapter of the Colorado Restaurant Association, believes that unemployment benefits might be only 10 to 15 percent of the problem. The rest, he says, might be due to legitimate concerns workers have about continuing to perform a job that comes along with some notable health risks other fields don’t necessarily have.

“Some people truly don’t feel safe coming back to work because of the virus,” he says. “They may have a compromised immune system, or maybe they care for somebody that does or have somebody in their household that does, and they just don’t want to risk bringing something home from a high-volume environment.”

Advocacy groups, like Restaurant Opportunities Centers United, say the pandemic has only highlighted the reasons why restaurant workers deserve higher wages than they have been paid historically and protections for their health, given that they work in close quarters with customers, similar to how nurses work in close contact with patients.

In the meantime, restaurant owners like Randy Price, who co-owns Rocky Mountain Restaurant Group with his wife Liz, are doing everything they

can to persuade workers to come back.

“We’re being as creative as possible with referral programs and advertising and getting the word out that we’re looking for the right people to work and grow and continue to move forward,” Price says.

In other parts of the country, restaurant owners have been offering bonuses for employees who can make referrals that lead to new hires to help shore up staffing.

For Peterson, the solution to the problem ultimately boils down to one word: “Patience,” he says. “We have our ads on Indeed and we’re interviewing five, six, seven people a day, trying to get the best staff we can.”

He says he opened Beasts & Brews in May 2019 with the intention to remain in the business for the long haul, but he says it feels like he’s being kicked every time a would-be customer comes to his door only to be politely turned away because he doesn’t have the staff he needs to stay open.

He paused during an interview with the Indy this week to do just that.

“Hold on one second,” he says. “I’ve got to tell a customer we’re closed.”