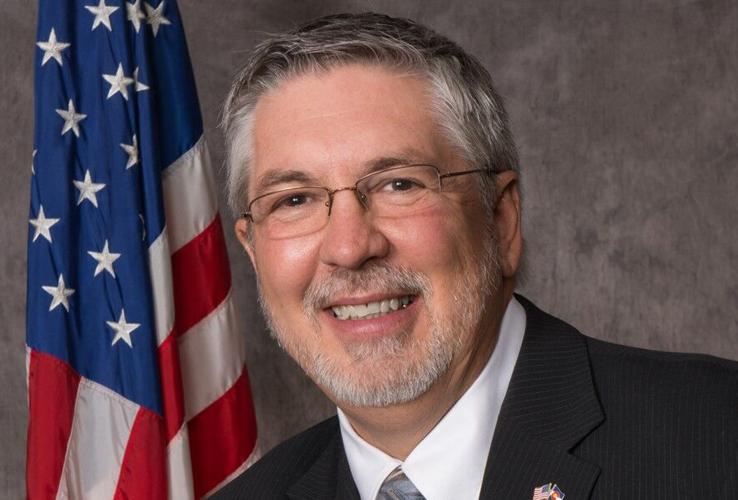 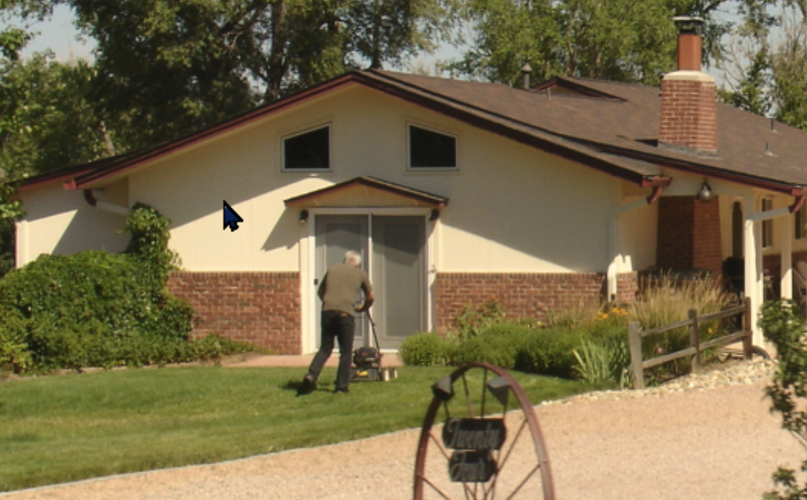 The Colorado Ethics Institute (CEI) has called on the 4th Judicial District Attorney’s Office to investigate whether Colorado Sen. Dennis Hisey (R-SD2) illegally voted in the Republican primary election by claiming a district of residence where he didn’t actually live.

Hisey is the senator for District 2 and a candidate in the race for newly redrawn Senate District 11.

On Aug. 24, CEI sent to the DA’s office an investigative memo with evidence that the senator appears to reside not in Senate District 11, but at a Fountain home he has owned with his wife Kathy since 2008. The memo was compiled by legal investigator H. Ellis Armistead following a four-month investigation.

On the basis of its investigation, CEI also called on Hisey to withdraw from the Colorado Springs Senate District 11 race.

"We've received the information and are looking at the allegations," Howard Black, communications director for the DA’s Office, told the Indy Aug. 25., adding that "there's never a timeline" for reviewing information submitted to the Investigations Division.

A letter dated Aug. 23 from CEI’s Curtis Hubbard to the Investigative Division of the DA’s office says in part: “In the last 10 months, Sen. Dennis Hisey used a Colorado Springs address — 3793 Winter Sun Drive — as his ‘residence’ for purposes of his voter registration; to declare his candidacy to represent Senate District 11 in the General Assembly; and to vote in the June 2022 Republican Primary Election.

“But public records and the attached investigative memo provide what seems to be ample evidence that Mr. Hisey resides in SD11 in name only. As a matter of his day-to-day life, Hisey is regularly present and appears to reside at a home at 24 Circle C Road in Fountain, which he and his wife have owned since 2008 (Senate District 12 under new legislative maps).

“Given Sen. Hisey’s apparent efforts to claim a district of residency where it does not exist (and to seek to represent voters who are miles from where he appears to spend his days and nights), I am writing to request that your office conduct a thorough investigation into whether he illegally cast a ballot in an election for which he was ineligible, as well as any other potential violations of Colorado law.”

Elsewhere, the letter notes that state law “requires candidates for the General Assembly to have resided in the district they intend to represent for at least one year prior to the November General Election.”

Due to redistricting, tracking the senate districts isn’t simple, but CEI lays it out this way: Hisey has represented Senate District 2, based on his Fountain residence, since 2018. On Oct. 21, 2021, Colorado’s Independent Legislative Redistricting Commission formally approved new senate district boundaries which saw Hisey’s Fountain residence placed in SD12, which is represented by Sen. Bob Gardner, who is not up for re-election this year. Hisey, media reports noted at the time, was “drawn out of his district.”

According to CEI, on Oct. 21, 2021, Hisey changed his voter registration to 3793 Winter Sun Drive, which is in SD11 (Nov. 8, 2021 was the deadline for Hisey to establish residency there in order to run for the seat in the 2022 election cycle). On Nov. 21, 2021, Hisey filed a candidate affidavit certifying his SD11 candidacy using the Winter Sun Drive address. CEI quotes a Colorado Politics article from November that called Hisey “a transplant incumbent.”

In a news release, Hubbard said the investigation into Hisey’s actual residence found:

●  at least two instances of a vehicle registered to and driven by Hisey leaving the Fountain property in the morning and traveling to the State Capitol, where it parked in Hisey’s assigned spot;

●  no fewer than 10 instances when Hisey’s vehicles were observed being in use or being kept at the Fountain property;

● no fewer than 4 instances when Hisey engaged in typical homeowner activities at or from the Fountain property, including answering the door early in the morning (Aug. 5); mowing the lawn (July 24); conversing with a neighbor (July 21); and running errands to a bank and post office in Fountain (July 18);

●  that Hisey’s cell phone number lists back to the Fountain property address as does a “residence” phone listed in documents he filed with the state in January of this year;

●  over the course of the investigation, Hisey was not seen engaging in any typical homeowner activities at the Colorado Springs property;

●  an inquiry of US Post Office records revealed Hisey was not receiving mail at the address associated with the Colorado Springs property;

●  over the course of the investigation, Hisey was “seen 0 times at the Colorado Springs property”; and

●  over the course of the investigation, his wife was “seen 0 times at the Colorado Springs property.”

CEI’s letter says according to public records, the residence Hisey claims at Winter Sun Drive is owned by Thomas Luckett, who bought the property in 2020. Realtor.com lists that date of purchase as Sept. 11, 2020.

Hisey denies that he illegally voted in the GOP primary, telling the Indy, “I was living in and had a legal residence in SD11 at that time, I still do now — I just don't see where that's an issue.”

Hisey says he had to move from Fountain to Senate District 11 suddenly last year because “the COVID delays and the Census … meant that we got the redistricting about two weeks before the legal cutoff time to relocate. So in that couple of weeks, I had to find a place in the district — because of the way the redistricting went, I had to find a place in [Senate] District 11 that I could move.

“So I had limited options, and a matter of days to find a place, and I was fortunate enough to be able to get a room on Winter Sun Drive,” Hisey says. “So I did split my time between Winter Sun and the home in Fountain because I still represented Senate District 2 — and so I was spending the bulk of my time dealing with Senate District 2 constituency and serving up in the state Capitol representing Senate District 2.

“So I basically had two residences, which is not uncommon, many people do, but you're only allowed to have one legal residence. So it was Winter Sun Drive,” Hisey tells the Indy. “And yes, I did cast the primary ballot there.”

Hisey didn’t want to comment on how he secured “a room” at the Winter Sun Drive property or how (or if) Thomas Luckett is related to him.

“You know, I'm not sure that's relevant to the story,” he says. “Yeah, I just don't see where that's a relevant piece to this story.” Asked whether he had a rental agreement or a family-type agreement to stay at Luckett’s Winter Sun Drive residence, Hisey sighed and said, “A combination of both.”

A longtime Fountain resident tells the Indy that Luckett, who in 2012 served as an intern at the Pikes Peak Regional Building Department while Hisey was vice chairman there, is Hisey’s stepson.

Hisey says he moved out of Winter Sun Drive a couple of weeks ago. “I was officing out of the Circle C [Road residence in Fountain] so it wasn't uncommon for me to be there during the day, because that's where the computer and the printer and all that good stuff was,” he says. “But it became apparent that I needed to have more than my fingertips, so I moved to an apartment where I've got campaign headquarters set up.” Hisey adds that this apartment, in SD11, is now his primary residence. “It’s where I’m staying and sleeping,” he says.

However, Kathy Hisey is staying in Fountain at the couple’s Circle C Road house, despite her husband’s new residence. “Yes, that is still the case,” Hisey says. “My wife has not given up her primary residence.”

Hisey told the Indy that in his months at Winter Sun Drive, he divided his time between that property, the Circle C Road property in Fountain — and Denver, while the legislature was in session. He couldn’t characterize how much time he spent in each place, he said. “Not really, you know — just like anybody else with multiple residences, it depends on what's going on and where the need is.”

Hisey rejects the idea that his “typical homeowner activities at or from the Fountain property,” as noted in the investigative memo, help to prove anything about his residence. “Actually, actually, I maintain my mother-in-law's home too, but that doesn't count as my home,” he says. “So to me, I'm not sure what that has to do with anything but  — absolutely… I'm not gonna let the roof leak, let weeds grow.”

Hisey let the Indy know he had not yet seen Colorado Ethics Institute’s investigative memo or letter to the DA’s office.

He’s not the first senator to face scrutiny over residence laws. In early August, DA Michael Allen announced a grand jury indictment of Sen. Pete Lee on one count of “providing false information as to his residence, a class 5 felony” — a charge which Lee says “has no connection to my official duties as an elected official” and which his attorneys say will be “vigorously challenged.”

In an Aug. 25 news release, Hubbard said, “The recent emphasis on public officials voting where they truly reside suggests that the District Attorney’s Office will thoroughly investigate the matter and take all steps necessary to ensure appropriate laws are enforced.”

And, Hubbard said, while there’s no guarantee any possible law-enforcement investigation would conclude before ballots are mailed to voters, “there is still time for Sen. Hisey to do the right thing and withdraw as a candidate for election in a district where he doesn’t appear to reside.”

This is also not Hisey’s first brush with strife in public office. Formerly an El Paso County commissioner, Hisey was at the center of controversy over what some claimed was a deceptively-worded ballot question that allowed him to keep his seat for a startling 12 years.

Hisey, who was elected a commissioner in 2004, was able to serve a third term after a voter-approved ballot question in 2010 extended term limits for El Paso County commissioners from two four-year terms to three.

The ballot question used “tricky language” to extend rather than restrict the appointments of Hisey and fellow commissioner Sally Clark, the Indy reported in 2012. “It worked. Voters fell for it, but later many complained they felt manipulated,” the Indy reported. “(Then County Attorney Bill Louis acknowledged the language was intentionally deceptive to elicit a 'yes' vote; now he's gone, having resigned to go into private practice.)”

The Colorado Ethics Institute is a nonprofit organization that describes itself as working “to ensure public officials comply with ethics codes, transparency rules and their oaths of office.”

Editor's note: This breaking news story has been updated to show that the DA's Office has received the investigative memo from CEI.