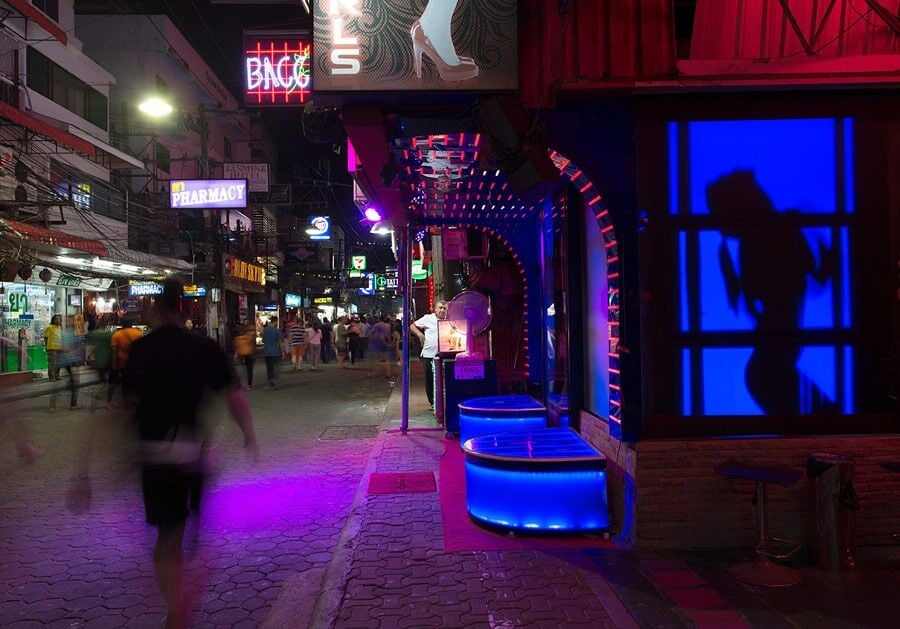 Bangkok's red light district: "... you're in the deep end of the underworld." 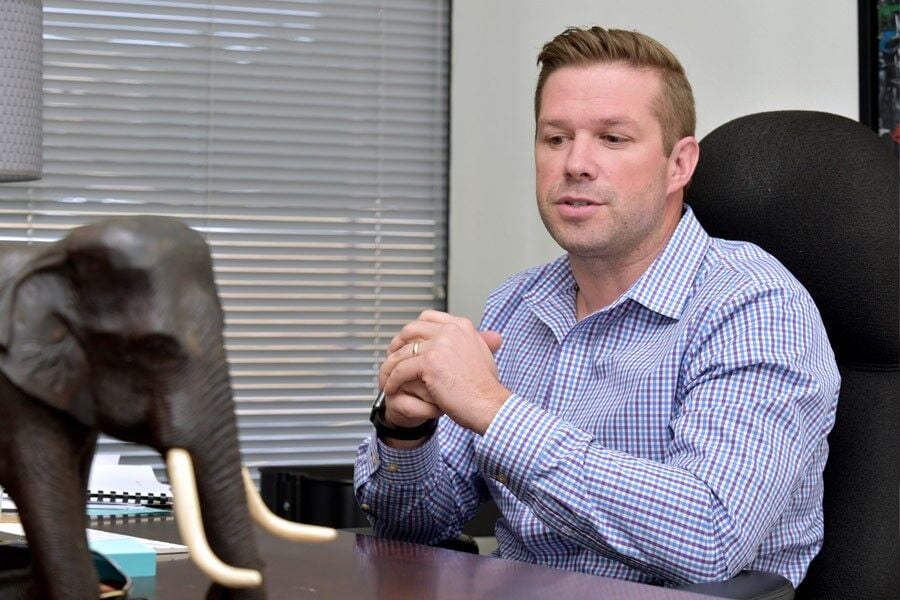 Matt Parker co-founded The Exodus Road with his wife, Laura, in 2012. 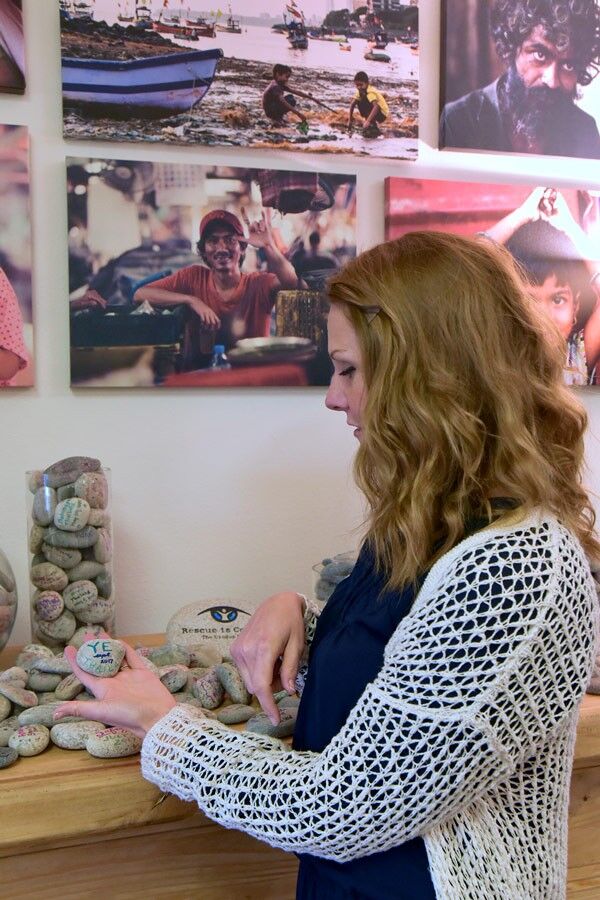 An open letter signed by four former volunteers and employees, plus their supporters and members of nongovernmental organizations operating in Thailand, of The Exodus Road, a Colorado Springs-based nonprofit that works to fight human trafficking, accuses staff members and leadership of serious sexual and financial misconduct. Published on medium.com on Feb. 24, the letter documents alleged incidents from 2014 to 2020 and claims “a culture of sexually violent, explicit language and sexually inappropriate behavior had already been established by leadership.” The letter highlights an alleged 2017 incident in which a former Exodus Road staff member was drugged and sexually assaulted by current Exodus Road staff members during a staff retreat in Thailand, and claims that board members of Exodus Road and CEO Matt Parker allegedly knew about the incident and refused to take action. In an emailed statement from Exodus Road President Laura Parker, she claims the letter misrepresents events and that the allegations are unfounded.

Founded in 2011 by Matt Parker and his wife Laura Parker, who were employees of Woodland Park Community Church before moving to Thailand in 2010 to run a children’s home, Exodus Road conducts undercover operations in Thailand, India, the United States and South America to gather evidence of human trafficking, specifically focusing on trafficking relating to sex work and the exploitation of minors. They then work with local law enforcement to shut down traffickers.

According to the open letter, during a staff retreat in Thailand, “Two senior staff, Joe Hayes and Alex Saxby, drugged and then sexually assaulted an unconscious [Exodus Road] employee. A third [Exodus Road] employee, Todd Andrews, actively recorded the event on his cell phone. Months later, Andrews informed Matt Parker of the evidence. Parker convinced Andrews not to show the footage to the victim due to the negative consequences it would bring upon the organization." According to the letter, the victim was shown footage of their assault just before leaving the country, and then returned to Thailand to file a police report.

According to his LinkedIn profile, Hayes is currently the director of global operations for Exodus Road. According to the letter, Hayes was fired in 2018 as a result of an internal investigation into the incident but eventually rehired.

The letter also alleges that Exodus Road’s Thai country director from 2018 to 2019 strongly objected to Hayes’ rehiring. The country director allegedly “raised concerns and vocally challenged financial misconduct within the organization. These concerns included embezzlement and forged signatures by [Exodus Road] staff as well as false budget reporting and unethical auditing practices by Matt Parker. She [the country director] was blamed for insubordination, quickly terminated, had her wages withheld, and was met with legal action by Matt Parker in Thai court. She feared for her safety and checked herself into a hotel after Thai co-workers informed her they had been instructed to remove financial documents from the office and that Matt Parker attempted to break into a locked office where she had stored the financial documentation. The Thai court found in favor of the Country Director and determined there was, in fact, conspiracy to terminate committed by Matt Parker, and ordered [Exodus Road] to pay her severance.”

In an email response to the Indy, Laura noted that, “Allegations related to personnel and legal actions involving a staff member in Thailand in 2019 are untrue and the description of that case’s outcomes are misrepresented."

Exodus Road did release a statement regarding the sexual assault allegations against Hayes on Feb. 20, 2018. According to their official statement, “In November 2017, an allegation of sexual harassment was made by a former [Exodus Road] contract employee. In response, The Exodus Road Executive Board was immediately notified and a formal investigation was opened. This investigation was conducted and concluded by a third-party consultant, as well as an Executive Board Member. No substantial evidence was found to corroborate a sexual harassment claim. The complainant’s two-year contract was fulfilled in December 2017, as expected, and the complainant returned to the U.S. with full compensation.

“In January 2018, a separate complaint was made of sexual misconduct by two staff members in SE Asia during a staff retreat held in August 2017. The Exodus Road Executive Board was notified and an independent investigation was conducted without delay. No evidence of sexual misconduct was discovered, and the claims were determined to be unfounded. However, it was discovered that two staff members at that retreat did violate [Exodus Road's] Organizational and Ethical Policy. Both staff members were promptly terminated on grounds of misconduct.

“We repudiate any false misrepresentations around these incidents which have been made about our organization, staff and processes. The Exodus Road remains committed to the highest standards of integrity - in the work we do to end sexual exploitation and human trafficking, and in the way we conduct ourselves as an organization.”

An addendum, dated March 7, 2019, was included with the original statement which read, “Upon further review, it was determined that one of the two staff members terminated in January 2018 following investigation into claims of misconduct in [Exodus Road's] Thailand office was terminated prematurely and in fact did not violate any ethical policies. Instead, the individual did not properly adhere to organizational reporting procedures.

These statements are accessible on the Exodus Road news center's website.

Exodus Road is funded primarily through donations. According to an independent audit report conducted by Capin Crouse, a full-service CPA that works with nonprofits, and published by Exodus Road, in 2019 the organization reported nearly $2.3 million in revenue. According to Exodus Road’s 2019 tax documents, Matt Parker received a salary of $148,095 and Laura received a salary of $130,033. The letter says, “In fundraising settings, Matt Parker has been known among his own investigators for embellishing rescue stories to create more emotive experiences which manipulate donors and encourage larger donations.”

According to statement released by Exodus Road regarding the open letter allegations, “The recent allegations of financial misuse as an organization are unfounded. [Exodus Road] takes financial accountability very seriously and works hard to ensure funds are used according to donor intent. To that end, [Exodus Road] has undergone independent financial audits since 2013 with Capin Crouse, an established accounting firm. These audits, along with our tax records, are transparently listed on our organization’s financial page. Additionally, [Exodus Road] has been awarded Guidestar’s Platinum Seal of Transparency and have been certified by Excellence in Giving for our financial integrity. We remain committed to the highest standards regarding financial accountability."

The letter goes on to claim that Exodus Road volunteer and staff members regularly engaged in sexual activities with sex workers during the course of their investigations. The letter alleges, “On deployments funded by donor dollars, sexualized interaction with young women and girls in bars/brothels often goes beyond the scope of gathering intelligence and is justified under the guise of ‘being undercover’. This behavior includes lap dances and the giving and receiving of sexual touching. Volunteers and investigators are trained by Matt Parker and other leaders to allow sexual touching as an investigative tactic that is both unnecessary and abusive. Male investigators and volunteers are pressured to engage, and the few who refuse are mocked and harassed by leadership. The practice of touring volunteers, potential donors, and well-connected bloggers through red-lights districts for shock value re-exploits the very people [Exodus Road] claims to protect. The practice of using donor dollars to attend sex shows where no active investigation work is being done, to receive private, in-room massages where no active investigation work is being done, and to frequent brothels where no active investigation work is being done is re-exploitation of the boys, girls, and women made vulnerable in those settings as well as a gross misuse of the funds entrusted to them by so many donors who give generously and faithfully.”

According to the letter, Exodus Road’s board of directors has been made aware of these allegations and declined to take action. “[Exodus Road’s] Board received the formal report of sexual misconduct in November 2017 and conducted an ‘internal investigation’ where ​no corroborating witnesses were ever interviewed, and the employee who filed the report was subsequently terminated​. In early 2018, [Exodus Road] Board member Matt Stowell was implored by a concerned party via email to speak with the sexual assault victim after the assault had been reported. Stowell refused and acknowledged via email that ​the Board knew about the report of sexual assault and stated that the Board took a vote deciding NOT to share the evidence with the victim.”

Stowell has not responded to the Indy’s request for comment.

The letter also alleges that an FBI inquiry was initiated to investigate Exodus Road’s “internal operations.” Courtney Bernal, a public affairs specialist with the FBI, told the Indy, “the FBI does not confirm or deny, or otherwise provide updates, on specific investigations”

Laura Parker said via email, “We are unaware of any FBI investigation that has been conducted about The Exodus Road. As an organization that takes the issues of integrity, sexual conduct, transparency, and human dignity with the utmost seriousness, we are always listening, evaluating, and improving our organizational and operational standards and protocols. And while we will continue in that process of growth and development, we deny these false and misleading allegations, both old and new, that misrepresent past events, as well as our staff, mission, and standards.”

An earlier version of this story claimed the open letter was signed by "10 former volunteers and employees of The Exodus Road." The signatories of the letter are listed in the comments of the original Medium post. Exodus Road President Laura Parker notes, "Upon reading the names of the individuals who signed the open letter on medium, we found that only three were contract or staff members, and one more was a volunteer. So in total, there were only FOUR people who co-signed which were “former volunteers and employees”. The rest seem to be friends/supporters of the author of the article, Corinne Shark (who would have been counted as the one volunteer I listed) or people that live in Thailand (but with whom TER does not have contact) or others."