You are the owner of this article.
Edit Article Add New Article
You have permission to edit this article.
Edit
Home
News
Food & Culture
Opinion
Events
Promotions
Multimedia
Digital Edition
About Us
Advertise
Donate
And More...
Share This
1 of 9 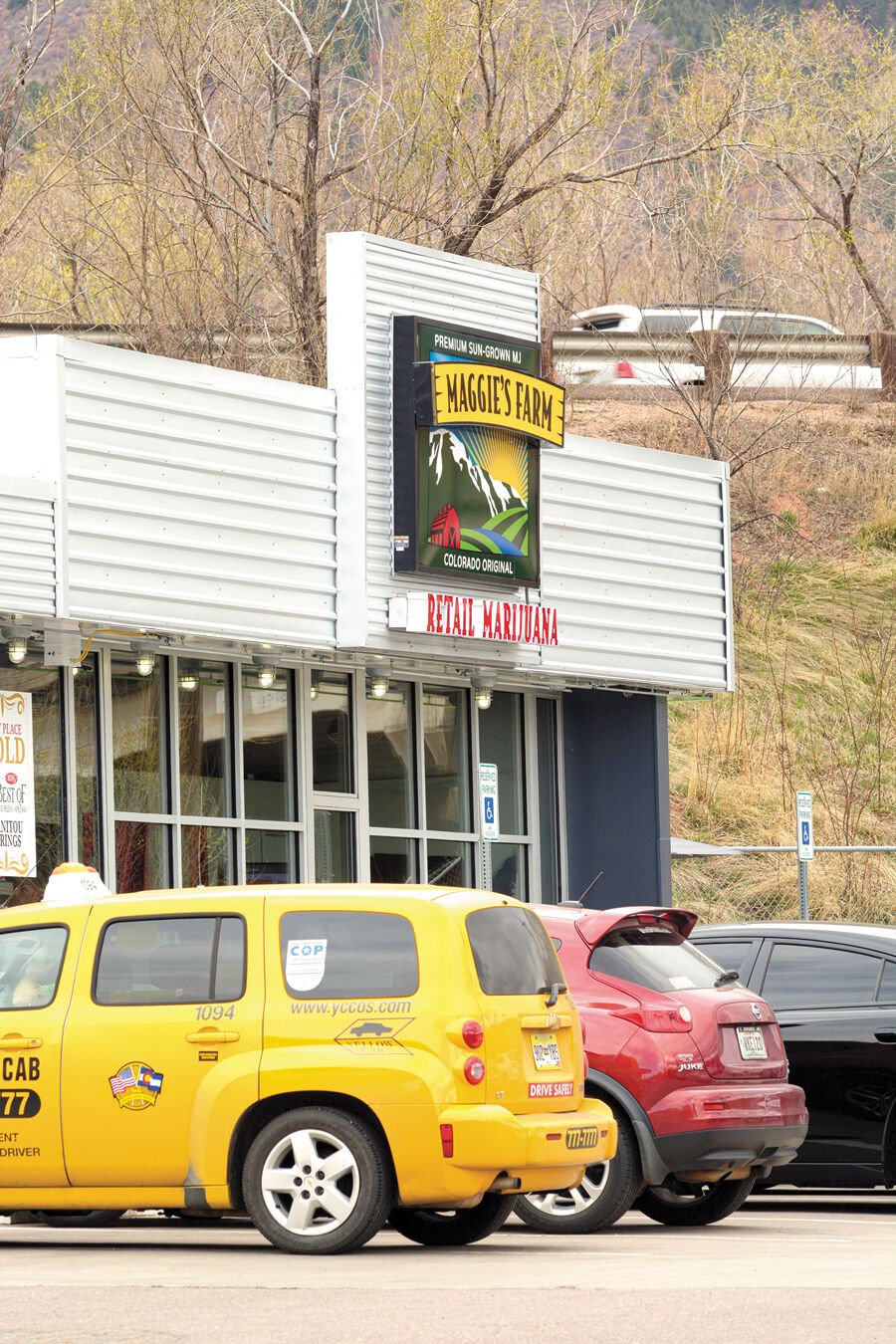 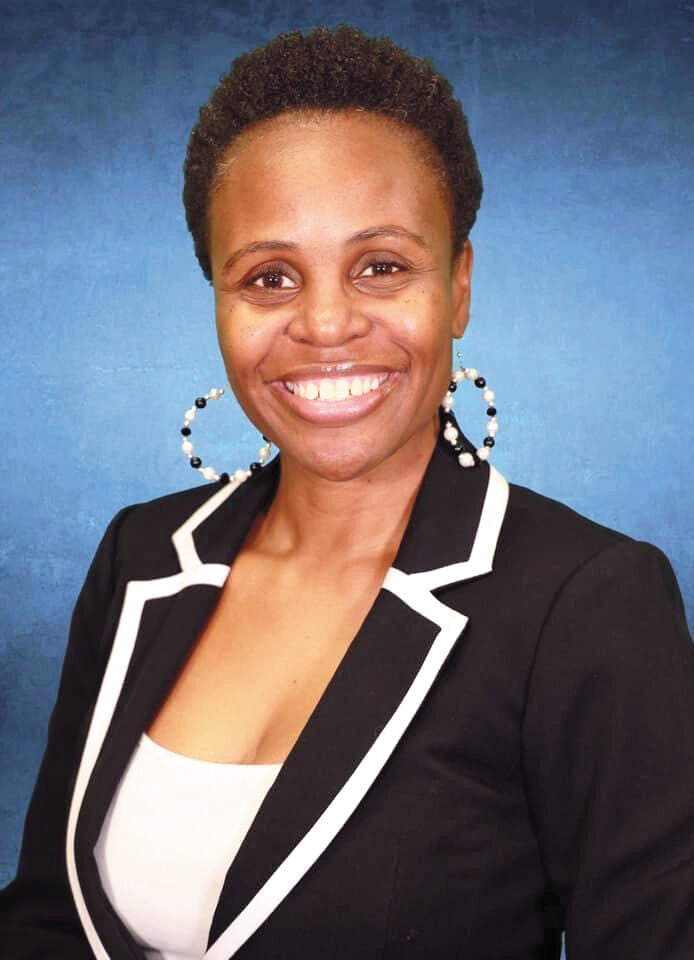 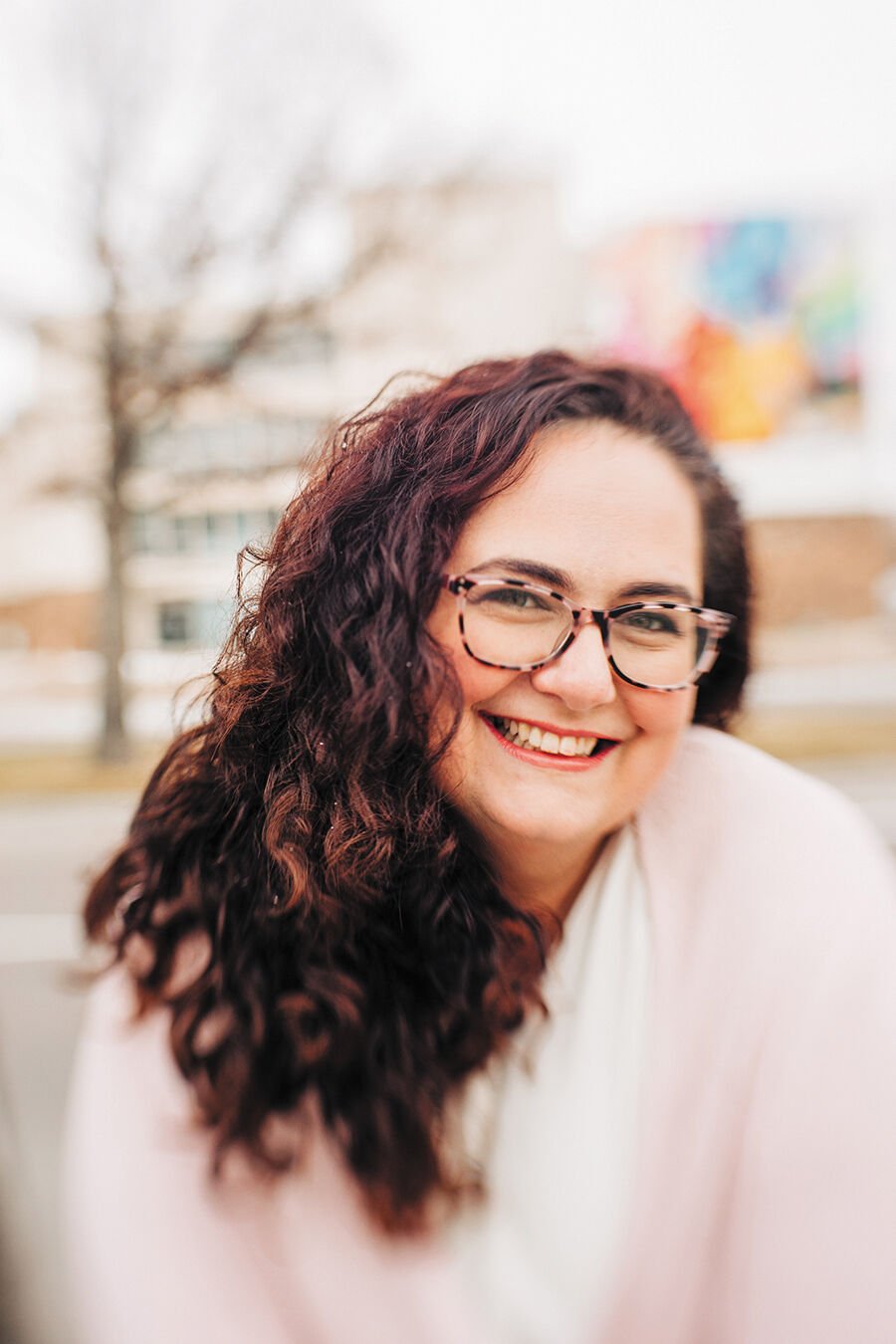 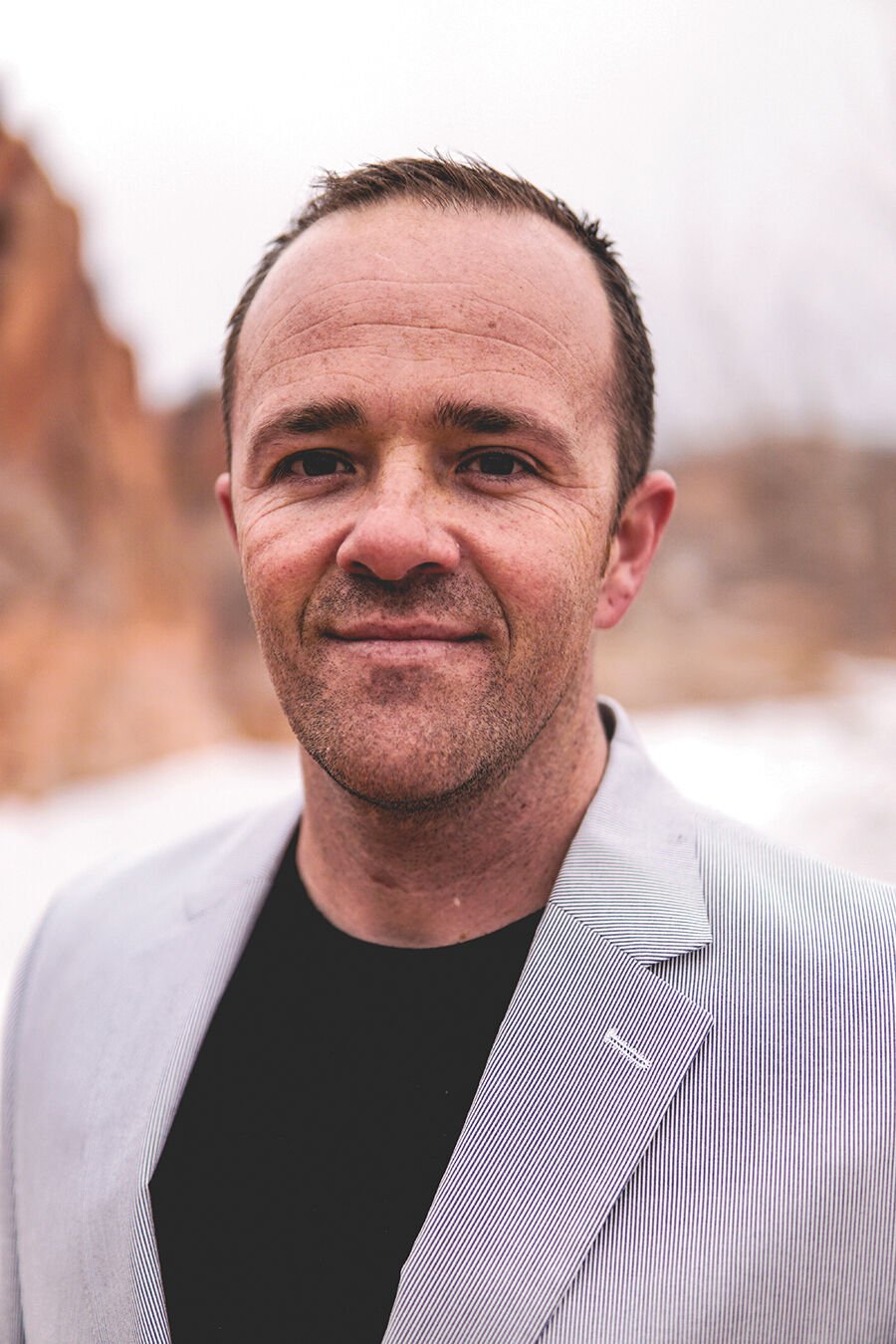 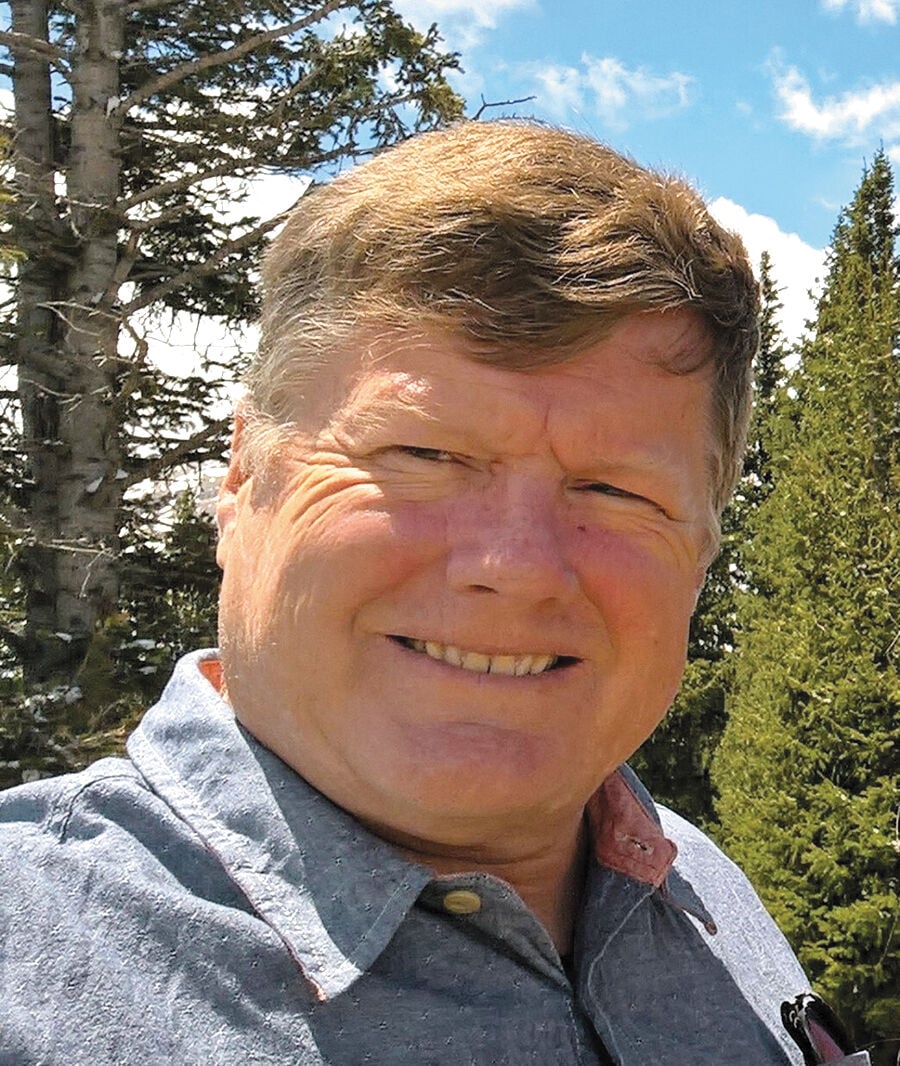 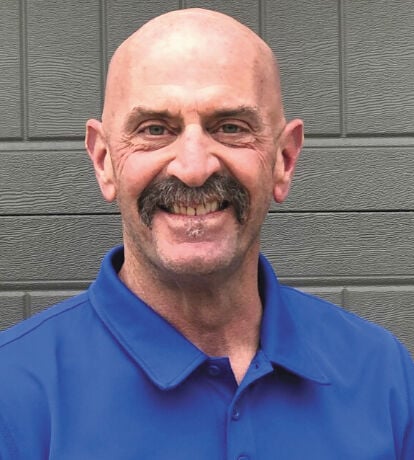 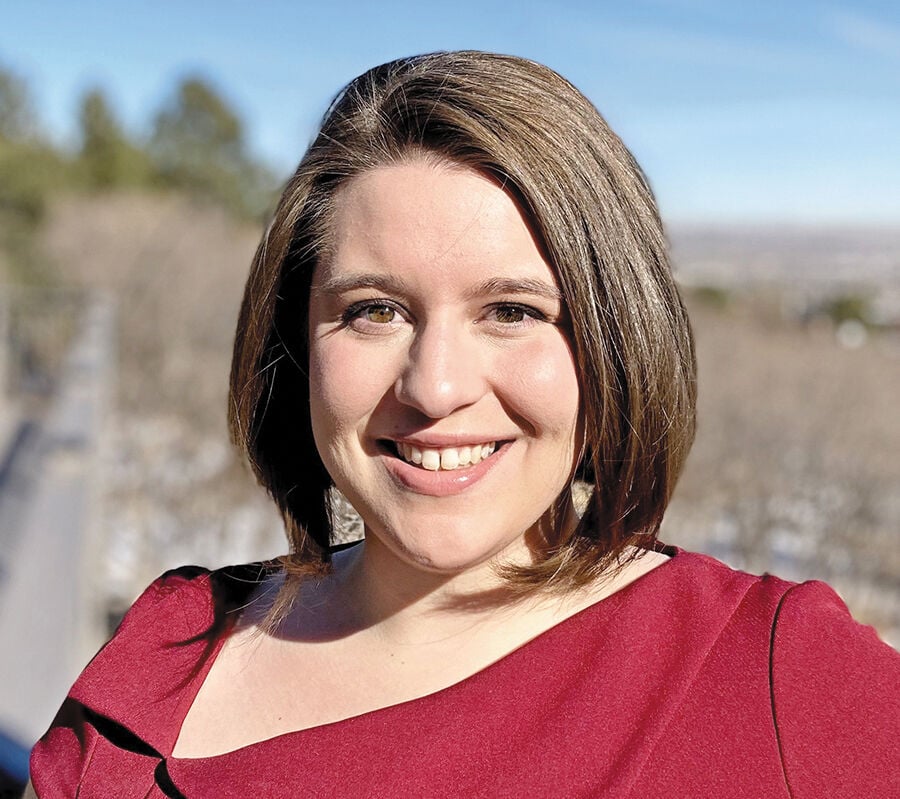 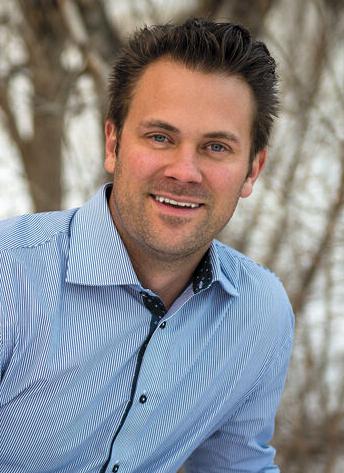 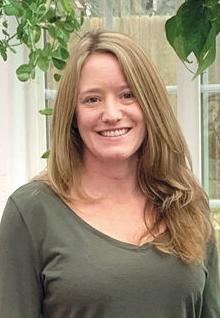 If you’re a one-issue voter and that issue is letting voters  decide if Colorado Springs should allow recreational marijuana shops, you’re in luck.

That question gets a thumbs up from candidates in five of six Colorado Springs City Council races on the April 6 ballot. Neither of the candidates in eastern District 6 responded to the Indy’s candidate questionnaire.

The 19 candidates in the other five districts split almost evenly, 10 to 9, on whether to give voters a whack at allowing retail pot stores.

The current Council turned away a ballot measure proposal last year citing confusion over details of how it would be implemented. The marijuana industry itself has never attempted to collect the thousands of signatures needed for a citizen-driven ballot initiative, which, if their petitions were found sufficient, would take the choice out of Council’s hands.

When voters statewide legalized marijuana for recreational use in 2012, city voters approved it by about 5,000 votes, but Council voted to opt out of recreational weed the following year. Since then, Council hasn’t been willing to put the question to voters locally. The same is true of El Paso County, which benefits from hundreds of thousands of dollars in sales taxes paid on retail pot sales at two shops in Manitou Springs but won’t allow the shops within the county.

Advocates argue that pot is readily available in Manitou and Pueblo anyway, so the city should cash in on the tax money, which some estimate could total more than $8 million a year.

Others say the military, which comprises roughly 40 percent of the local economy, is adamantly opposed to retail sales, although there seems to be no track record of communities that have allowed recreational weed

seeing their military installations closed, moved or scaled back.

What the candidates said when asked if voters should be allowed to vote on a ballot measure allowing recreational pot sales:

Glenn Carlson, 37, a business owner: “I would support letting the voters decide. With the number of dispensaries in Colorado Springs already and the ease by which a prescription can be obtained for medical marijuana anyways, thereby creating a pay to play system, I believe we are already operating in a recreational environment.”

Dave Donelson, 57, an Army veteran who also served as a physician assistant before retiring: “No. As someone who practiced medicine for fifteen years I can’t in good conscience make access to a substance with significantly harmful potential more easily available.”

Jim Mason, 67, a retired Army colonel: “No. The methodical and heartfelt process of Petitioning the measure to Ballot, will better illustrate the gravity and essence of the decision.”

Mike Seeger, 29, who works for a Denver area fire department. “I do support referring a measure to voters to allow recreational marijuana shops within the city limits. As a City Council Member, I believe that it is our job to make sure that this community has a say in what their community looks like. I believe that they deserve the right to make this decision for themselves and that we should be receptive to whatever they choose.”

Dave Geislinger, 60, who’s seeking his second term and works in pastoral care at local hospitals. “I do not support a Council referral. The proponents for this approach have not satisfied my requests for evidence supporting either the amount of tax revenue being claimed or how allowing sales will reduce crime, especially in light of the experiences in Pueblo and other cities. Nothing prevents proponents from seeking approval of a ballot measure through the citizens.”

Jay Inman, 62, retired Army lieutenant colonel who works as a digital architect: “NO! We had to do an intervention with one of our kids for crystal meth. His entry drug was Marijuana. The impact on our family was horrific but the result glorious. Today, he is an amazing young man who overcame much. Keeping Marijuana out of the hands of all our citizens is critical to the health, well-being, and productivity of our citizens.”

David Noblitt, 60, a Colorado Springs firefighter. “Yes. Although we do find ourselves in a sensitive time concerning Space Force. Gathering the data and educating the public on both sides while allowing the constituents to make the decision would be appropriate.”

Randy Helms, 64, a retired Air Force colonel who substitute teaches. “No. I am a role model to the [Air Force] Academy cadets we sponsor. I commanded men and women in uniform and marijuana is still illegal under the federal government. It would be hypocritical of me to support such a measure and at the same time tell our men and women serving our Nation ‘everyone but you can.’”

Arthur Glynn, 59, a retired Navy captain who works as a defense contractor: “We live in ‘Olympic City USA,’ at the base of ‘America’s Mountain’ and home to five military bases where federal law prevents members from partaking in cannabis in any form. We are just starting to see the catastrophic effects of long term use and a growing spike in mental illness. Some would argue that we need [the] tax revenue from recreational marijuana to fight addiction. The damage caused by marijuana to our social fabric can never be undone by the tax revenue gained.”

Olivia Lupia, 25, a performing artist and freelance proofreader: “I do not support the legalization of recreational marijuana. In addition to the numerous studies linking marijuana use to having long-term negative effects for users and communities, it can also act as a trigger for some mental illnesses and violent tendencies.”

Richard Skorman, 68, business owner who’s seeking a second term: “Yes. The majority of Colorado Springs voted for Amendment 64, and recent polling shows the same would be true today. In fact ... it’s now legal in one form or another in 44 states. Rec MJ is here, but we get no tax revenue from it (estimated to be $8-12 million a year) to deal with public safety issues, drug education in schools or some of our really pressing needs like affordable housing and the homeless.”

Regina English, 45, who works with nonprofits that support youths: “Yes, I support this measure because this is something that voters should decide on and not have someone else to decide for them. ... Bringing different perspectives and voices to the table is a more balanced style of decision making that would be for the betterment of community as a whole.”

Yolanda Avila, 65, who’s retired and is seeking her second term. “Yes, I support referring a measure to the voters. It should be the voters’ decision whether to capture that potential revenue.”

Mary Elizabeth Fabian, 35, who owns a photography business: “While in principle I agree with referring measures to voters, I am not in favor of this measure. Colorado Springs has a certain amount of recession proofing due to our close relationships with military bases and institutions that have made their concerns with recreational marijuana very clear. Our long term economic health and growth is too important.”

Justin Hermes, 30, who works in real estate and property management. “There are some issues that are big enough to require the input from the community. In this circumstance I do believe that voters should be allowed to have their voices heard. In order to best represent the voters in my district I do believe in getting this issue on the ballot. I also think we need to make sure the voters are educated on the negatives and positives of recreational marijuana use.”

Karlie Van Arnam, 34, who manages two medical marijuana centers. “Yes. The will of the people should not be subverted by the will of the few. Love it or hate it, marijuana is alive and well in El Paso County. The city of Manitou Springs currently collects sales tax on over $30M worth of sales per year. If Colorado Springs voters decide that diverting some of that sales tax here to benefit the residents of Colorado Springs is a good idea, I have no problem with having their voices heard and their votes counted.”

Matt Zelenok, 34, a Realtor: “If the citizens of Colorado Springs wish to have recreational marijuana sold within the city limits, it should be left up to the citizens to create a ballot measure through the signature collecting process. A recreational marijuana measure through city council would be inappropriate due to the complexity and polarity of the issue in Colorado Springs. In a divided issue such as this, I believe this measure would be best left for the people to decide, if they decide to take it to the ballot themselves.”

Nancy Henjum, 60, a management consultant: “There are pros and cons here. If you want recreational marijuana, you can drive just beyond our city’s border, but that drive costs Colorado Springs at least $8 million annually in lost tax revenue. Paying taxes to Manitou Springs or Pueblo while still being left with the bill for related costs is not fiscally responsible. On the other hand, some argue that our prohibition is a selling point to certain employers and industries, and that local availability increases use and potential abuse. Do elected officials know best? I say, let voters decide.”

No responses from either candidate, Mike O’Malley or Garfield Johnson.