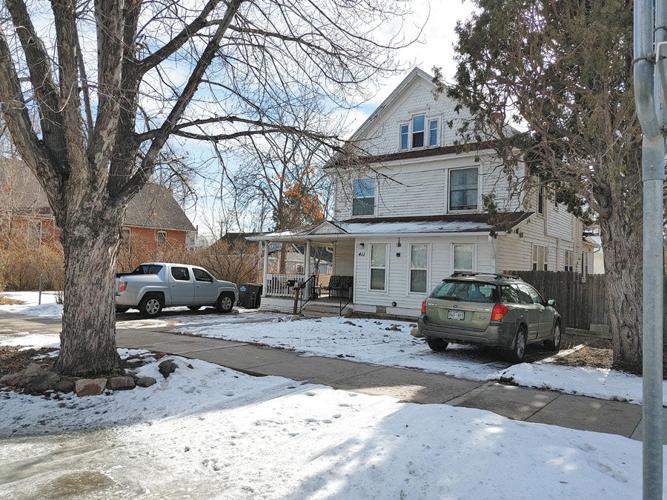 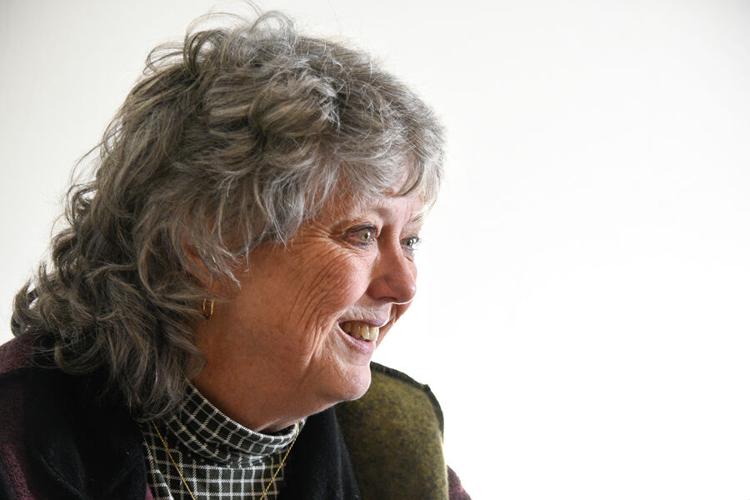 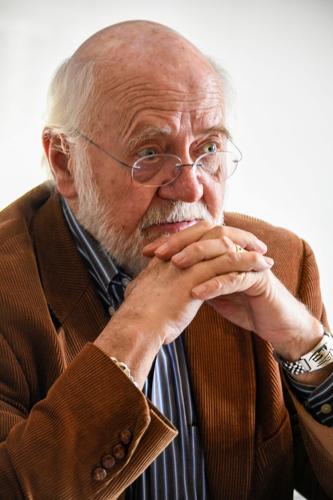 A year after the Indy exposed a series of sweetheart land deals that transferred ownership of 10 of Ithaka Land’s affordable housing properties, the nonprofit has reached an oversight agreement with the Colorado Attorney General’s Office. That agreement calls for a plan going forward, which now won’t include building a family living complex southeast of Downtown.

Missing from the AG’s agreement are findings regarding those sweetheart deals and Ithaka’s change in mission which led to the sales, as detailed in the Indy’s cover story, “Price of progress,” Jan. 27, 2021, and subsequent coverage.

The agreement, provided to the Indy by Ithaka’s consultant, requires quarterly meetings be held between the Ithaka board and its representatives and the AG’s Office as the nonprofit puts together a five-year strategic plan.

While that plan remains to be written, one thing is clear: Ithaka has abandoned its strategy to overhaul the old El Paso County Public Health facility at 301-305 S. Union Blvd. for family transitional housing.

“What they [AG’s Office] really expect us to do is to have a plan,” Scott Smith, managing partner with Stonehill Consulting Group of Golden, says, “and that’s up to the board to determine. We simply have to have a plan going forward.”

In 2018, Ithaka Land’s board voted unanimously to refocus its mission from housing the poor permanently, the founding mission of the organization that formed 40 years ago, to one that transitions people from poverty into independent living at market rents.

That change caught many of Ithaka’s clients by surprise when the homes where they’d lived were sold out from under them. Also, some Ithaka residents live on fixed incomes and are elderly, making it impossible for them to pay market rents, which  have skyrocketed in recent years.

For example, Esther Kisamore moved into a small cottage on Tejon Street 30 years ago. She paid $287 a month rent, which helped her make ends meet on a fixed income of a mere $1,000 a month in Social Security benefits. She moved to a place not owned by Ithaka a couple of months ago.

In 2020, Ithaka Land Trust changed its name to Ithaka Land and sold 10 of its two dozen properties to drum up cash for the family complex on South Union.

Under the guidance of executive director Anjuli Kapoor, the nonprofit sold those properties to Drew Gaiser, a firefighter for the West Metro Fire Protection District in Lakewood who does real estate development on the side. Ithaka didn’t seek appraisals or invite bids from any other buyers and wound up selling property the El Paso County Assessor’s Office valued at $2.3 million for $1.8 million to Gaiser and agreed to carry three no-interest loans for him totaling roughly $350,000. Gaiser has since overhauled some properties and tripled the rent, but he agreed to lease others to Ithaka. Those leases expire next fall.

Kapoor and Gaiser told the Indy last year the properties’ values were undermined by their poor condition, though some Ithaka residents disputed that.

Gaiser teamed up with Colorado Springs firefighter Ryan Royal, son of Fire Chief Randy Royal, though Royal’s name doesn’t appear on any of the property deeds. It was later revealed that Royal didn’t seek permission to do the work on the houses before he did so, a violation of Colorado Springs Fire Department’s outside work policy.

Meantime, the original Bijou Community, as Ithaka’s early members are known, sought to reclaim Bijou House, Ithaka’s original property at 411 W. Bijou St. Gaiser paid $315,137 for the house in 2020, which includes a columbarium where the remains of homeless people are interred. That was roughly $21,000 less than the assessor’s stated market value at the time. (The Assessor’s Office now reports the property is worth $403,000 following the 2020 reappraisal.)

In May, the Bijou Community, led by founder Steve Handen, who died in July, and his daughter, Emmy, sought an attorney general’s investigation of the land deals and mission change.

‘I’m hopeful for the future but still disappointed in the past.’

In September, the Ithaka board hired Stonehill Consulting Group to manage Ithaka.

While admitting no wrongdoing, Ithaka has agreed to attend meetings with AG personnel quarterly.

“During each meeting,” the agreement says, “Ithaka will provide the State with an update regarding its planned transitional housing center and its plans for using Ithaka’s charitable assets to house the indigent in Colorado Springs.”

The AG’s Office will remain involved “until it determines that Ithaka has a plan approved by its Board of Directors” to either build a transitional housing center or use its funds, including from the home sales, for “other purposes consistent with Ithaka’s charitable purpose,” the agreement says.

The contract notes that with Ithaka’s continued cooperation, the state “agrees to defer compulsory and other legal process directed to Ithaka relating to the prior sales of Ithaka’s housing stock” and its plans to build the new center.

In other words, the AG’s Office won’t exercise its power of subpoena to compel disclosure of documents and testimony regarding the sales to Gaiser if Ithaka submits to the quarterly meetings, which are expected to become less frequent over time.

Smith says the AG’s Office didn’t rule on whether the sales were legal or not legal, or on the matter of shifting focus from Ithaka’s original charter.

But he said Ithaka has no plans to sell any of its remaining properties.

As for the South Union project, Ithaka released its deed of trust on July 8, 2021, on a $1 million loan to Hillside Community Preparatory School, which had paid $2.5 million for the property and planned a school as the centerpiece there, along with Ithaka’s transitional housing. Other portions of the site were to be developed into market-based housing by Gaiser.

The school then sold the property the next day for $3,485,000 to Denver-based MoonStar 301 LLC, an entity that was formed on June 25, 2021, by Scott Axelrod, a Denver investor and real estate developer, records show.

“We sold the property in July because a new school project wasn’t feasible at this time due to COVID-related budget impacts on schools and the foundation grant dollars needed to start them. And we have not been involved with the site since then,” Zach McComsey, with Legacy Institute, the school’s sister organization, tells the Indy via email.

Smith and his consulting partner Joyce Schlose say very few Ithaka residents were moved from their homes, and all were accommodated according to their needs. They couldn’t say how long Ithaka’s former properties will be rented from Gaiser beyond next fall.

“The board has to come up with a new plan for moving the organization forward,”  Smith says.

Smith and Schlose say Gaiser is cooperating and he’s current on his loan payments. Gaiser could not be reached for comment.

Schlose also says the Ithaka board is committed to providing housing for the homeless and disadvantaged. Several board members participated in providing food at a Thanksgiving meal and also attended the annual Longest Night of the Year vigil last month for homeless people who have died on the streets and those whose ashes are buried in a columbarium at Bijou House. The house is now owned by Gaiser but rented by Ithaka. Smith and Schlose say they can’t speak on Gaiser’s behalf but say he’s told them he’s open to a conversation about the future of that property.

“I don’t think he will be bulldozing it,” Schlose says.

The board also is committed to transparency, Smith said, after Kapoor was criticized by the Bijou Community for carrying out the new mission under a veil of secrecy.

“They care deeply about this mission,” he says.

Stonehill’s contract was recently extended for an additional three months to oversee the nonprofit, and it’s also been hired to conduct a nationwide search for a new director, a job that will be posted for a salary of up to $90,000.

Ithaka resident Bill Sulzman, in his 80s, will be moving in March to an Ithaka property from his cottage of 34 years that was sold to Gaiser in 2020.

His contacts with Ithaka over the last six to eight months signal that things have changed.

“They’re going to try to resurrect [the original] Ithaka and get rid of some of the decisions they had made,” he says, such as forcing seniors to transition to market housing.

“Clearly, the board, with Scott’s direction, has decided to reboot.” His Ithaka social worker even apologized to him for the confusion over the last couple of years, he says.

Emmy Handen, who runs a similar operation for homeless people called Mesa House, tells the Indy she’s saddened that the Ithaka properties were lost to a developer who will convert them to market rate housing.

We simply have to have a plan going forward.

“I’m still disappointed that homes were sold and those homes are forever lost to the affordable housing market... and there are low-income families needing homes,” she says.

While the AG’s report doesn’t address Ithaka’s past practices that disrupted the original Bijou Community, Handen sees signs the agency is getting back on track.

“They’re agreeing to move forward in a more responsible manner,” she says. “It does feel different. The line of communication is more open. It feels like they’re headed back to where they should be. I’m hopeful for the future but still disappointed in the past.”