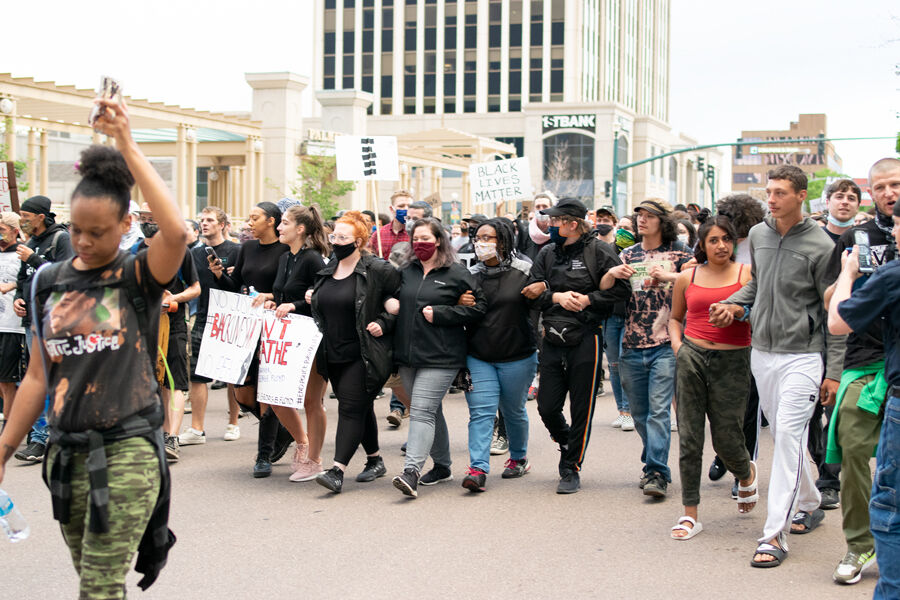 The city was no stranger last summer to protesters demanding police accountability in the wake of high-profile civilian deaths. 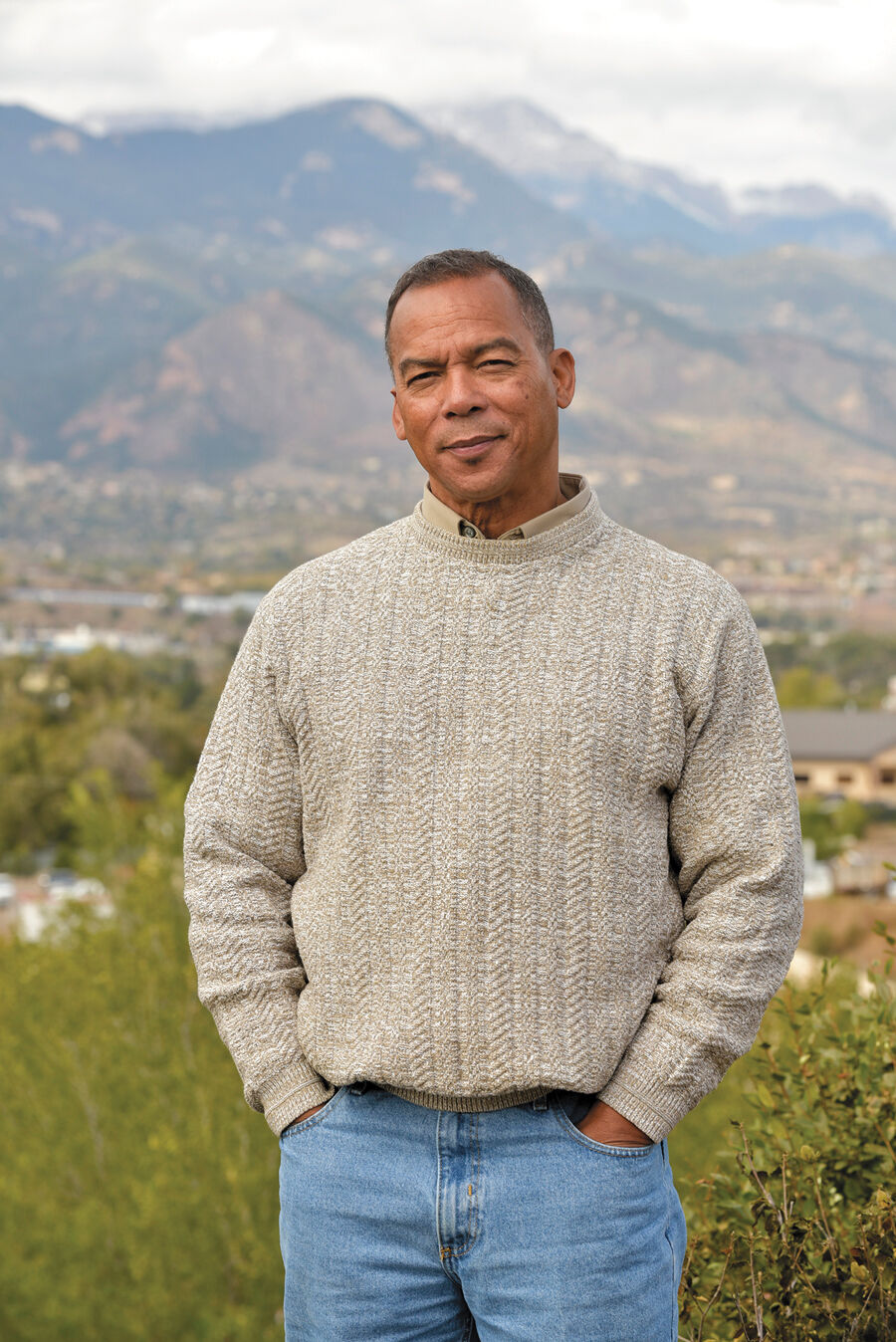 Colorado Springs Police officers go through far more training for the privilege of wearing the city badge than is required for certification through the state’s Peace Officer Standards Training.

Recruits, in fact, spend significantly more hours (903) than POST requires (556) when they learn about de-escalation techniques, how to apply handcuffs without harming a suspect, how to make an arrest and, if things go south, how to use force.

They initially learn how to draw their gun and fire one round within seven seconds. The goal: eventually drawing and firing two rounds within one second.

Those are a few details from a presentation to the Law Enforcement Transparency & Accountability Commission by the Colorado Springs Police Department at the most recent LETAC meeting June 7. But they represent a tiny fraction of the data and information the commission has sifted through since being formed last year fall in response to protests of police brutality.

Composed of 11 members and two alternates appointed by City Council, LETAC is charged with suggesting ways to improve relationships between citizens and the Police Department, but it has no oversight or investigative power of police actions.

More than 800 people applied to serve on the panel, but public interest has since cooled. Only a handful of citizens attended the June 7 meeting — one reporter in person and two or three others remotely.

After twice-monthly meetings and a few public “listening sessions,” commissioners might be closing in on some recommendations on how police can gain more public trust and operate more safely and efficiently.

It’s unclear, though, how specific those recommendations will be, and some community members close to the Black Lives Matter movement are skeptical anything substantive is forthcoming.

I don’t want recommendations to get too deep into the operations.

Promise Lee, a Black pastor in Colorado Springs who has demanded increased police accountability, especially in shootings involving people of color, says he doesn’t hold out much hope of significant change due to LETAC. He called it a “pacification process” rather than a vehicle for reform.

“It makes no sense for me to spend time and energy on a board/committee appointed by the same system that remains in denial of their ill deeds,” Lee says, calling  the creation of LETAC a “strategy of distraction.”

A year ago, police were thrust into the spotlight after people flooded the streets across the country, including in Colorado Springs, to protest the murder of George Floyd on May 25, 2020, while in Minneapolis police custody.

CSPD officers rolled a tactical vehicle against protesters and fired rubber bullets and tear gas to disperse sometimes-violent crowds (a police officer was shot at while in a vehicle), but some said local use of force was often unjust, adding to the unrest generated by police shootings of Black men here and elsewhere, which energized the Black Lives Matter movement. Local citizens clamored for the city to form an oversight panel to better scrutinize police.

The strong-mayor form of government places operations in the mayor’s hands, leaving  City Council to form a group that would merely suggest changes in budget, resource allocation and policies, convey citizen and officer concerns, and identify ways citizens and officers can better get along.

LETAC members range from former Springs Police Chief Luis Velez to retired school principal Terry Martinez to Rachel Flick, the widow of Deputy Micah Flick, killed by a wanted felon while on the job on Feb. 5, 2018.

Some observers call the LETAC toothless, but its members have plunged into some of the most contentious issues police face, identifying four areas for “preliminary exploration.” Those include communications between CSPD and citizens; racial bias; use of force; and crisis response — calls stemming from substance abuse or mental health issues that might not require an armed response.

But nine months after its first meeting, the commission has yet to issue findings or recommendations that would bolster trust in police.

The commission, which has held 18 meetings so far, remains in the fact-gathering stage. For example, at the June 7 meeting, members asked for additional data. Commissioner Terry Martinez wants to know not only the number and nature of complaints against CSPD but how they’re resolved. He also asked for a list of payouts made in response to claims and lawsuits filed by citizens against police.

LETAC’s vice chairman Steve Kern, a retired high school teacher and husband of newly elected City Councilor Nancy Henjum, said he wants details of those incidents, noting that knowing more about what happened to prompt a complaint can be enlightening. “Without context, it doesn’t tell the story,” he said.

Others inquired about how recruit training addresses, or reveals, potential for racial bias. Commissioner Joe Aldaz, president and CEO of the Hispanic Chamber of Commerce, asked how the CSPD plans to “educate” the community on what “noncompliant behavior” looks like, so citizens can gain a greater understanding of what actions can trigger use of force.

Two issues will likely get traction regarding LETAC recommendations to Council, perhaps as early as this summer, for consideration in the 2022 budget, Martinez says.

The first involves a shooting range at which CSPD officers train and periodically qualify to maintain firearms proficiency.

CSPD officials told commissioners on June 7 a previously planned range at the Pikes Peak International Raceway south of Colorado Springs never developed, leaving officers to train at Pikes Peak Community College’s ranges. PPCC has said in the past it wanted the remove the facility, but now appears to be willing to negotiate.

CSPD training officer Lt. Korey Hutchison told commissioners that CSPD officers have been qualifying with firearms only once a year, rather than the normal four times per year, because of limited range access and interruptions caused by the pandemic.

That’s important, because firing a gun is a perishable skill, and officers are required to qualify with a variety of weapons — their duty handgun, a shotgun, an AR15 rifle and any off-duty handguns they carry, Hutchison said.

Also, each recruit must fire 2,300 rounds during training, nearly 35 percent more than POST training requires, and do so while learning about decisional shooting, tactical shooting, firing in dim light, and even how to manage a rifle with one hand if one arm is injured in a gunfight.

Martinez says the June 7 meeting was the first time LETAC heard of the firing range problem, and while CSPD still meets minimum state requirements for qualification, something should be done to make resources available to officers to maintain top-notch firearms skills.

The other issue wending its way toward a recommendation is expansion of the Critical Response Teams concept.

Four teams, composed of a police officer, a Fire Department medic and a mental health professional from Diversus behavioral health agency, currently respond to calls involving someone with a mental issue or drug intoxication. The idea is to deal with the person in a de-escalated way to neutralize any threat those individuals might pose and to avoid use of weapons.

The CSPD believes the program, which costs $1.2 million a year, helps reduce violence and injury, but the department hasn’t yet achieved 24/7 coverage with CRT teams.

A recent question LETAC put to Diversus about expanding the program was met with resistance due to budgetary concerns.

Diversus official Kellie Helderman wrote in an email to a city employee who provides LETAC with staff support that it funds its share of the program through a grant and “services we can bill for.”

“This isn’t funding we have to reapply for but we do have to be mindful that our contract with [grant provider] is evaluated every year and the funding we receive ... also can vary slightly from year to year,” Helderman wrote. “We have 4 clinicians dedicated to these programs and have no intention to make changes to that at this time as long as our funding is similar for next FY [fiscal year] as it has [been] for this FY.”

That wasn’t good news to LETAC members. “Without them, the Crisis Response Teams become a little like a boat without a sail,” Velez said. Noting neither the CSPD nor the Fire Department employs mental health professionals, he said, “The program can only go so far as Diversus will allow it to go.”

Councilor Avila said she would convey the concern to Mayor John Suthers, who with Council will be deciding how to spend $76 million in American Rescue Plan dollars.

When it comes to recommendations, there’s still no clarity.

Kern argues it’s best to recommend an outcome without specifying how to get there or how much it will cost. “I don’t want recommendations to get too deep into the operations,” he said at the June 7 meeting. “I don’t want to micromanage.”

He advocates a recommendation that would call for a substantial expansion of the CRT program, for example, rather than suggesting six more people be hired for the program. “Trying to be detailed about operations processes on specific budget amounts isn’t likely to go very far,” he said. “I’m very uncertain a specific recommendation could pass this commission and could pass City Council.”

Martinez agrees, saying LETAC should articulate a desired result, such as expansion of the CRT program, without recommending how to achieve it.

“I would like to see 24/7 [coverage],” he says. “That’s how my recommendation would play out. They could then make plans about ‘this is what we need to meet this recommendation.’”

...it seemed to be a group of hand-picked people.

CSPD has mounted a data hub on its website, for example, that includes crimes by neighborhood, officer-involved shootings and demographics of sworn police officers.

But LETAC also has asked for data on what type of citizens get stopped for traffic violations most often, frequency of use of force, and data for those actions for each of CSPD’s four sectors of the city.

“We are an emissary for diving into that data,” Martinez says.

That said, he acknowledges more can be done for LETAC to engage the public in its data collection and findings.

“That’s going to be a continual challenge,” he says. Noting his term is three years, he says, “This is not a short-haul thing. This is a long-term commitment.”

Now that the pandemic allows more in-person contact, Martinez hopes the commission’s profile will rise as it holds in-person events to spur public interest. “I think we’re off to a good solid start,” he says.

He was one of a dozen or so citizens who formed a group labeled the President’s Commission on Police Transparency and Accountability after then-Council President Richard Skorman. The group traveled to Austin, Texas, to conduct research about racism in policing and other issues, but its members felt rejected when the LETAC was formed and excluded most of Lee’s group while embracing a proposal from a start-up group only formed last year.

“A lot of people applied who should have been on there [LETAC] but didn’t get past the first cut,” Lee says. “So it seemed to be a group of handpicked people.

“I thought some of the folks chosen weren’t close enough to the real problem and the real pain that has been caused by CSPD,” he says. “People who are closer to the harm are obviously going to be more committed to change. But people who are not directly affected don’t have that same commitment.

“It seems like a formality to quiet things down, a pacification process,” he says.