A call for applicants to replace Richard Skorman on City Council drew 25 applicants. The deadline was Nov. 23.

Skorman will leave office at the end of the year to focus on his business, Poor Richard's Bookstore and related storefronts. He was re-elected last April. His appointed replacement would serve until the April 2023 city election, at which time voters would choose someone to fulfill the last two years of Skorman's term.

Council will review the applications and plans to interview some of them during the Dec. 13 work session. Skorman has said he will not vote on his replacement, adding he hopes Council selects someone who shares his values, which focus on the affordable housing crisis, especially for the elderly; parks and open space (he was among the original backers of the Trails, Open Space and Parks tax in 1997); and renewable energy.

The applicants include a number of former public officials and those active in community affairs. Among those are:

• Sallie Clark, a Westside innkeeper who served on City Council some time ago and then served three terms as an El Paso County commissioner after voters were persuaded to allow commissioners three terms, rather than two; voters later rescinded that action. She also worked for then-President Donald Trump.

• Brandy Williams, who was elected to a two-year term on City Council in 2011 following local government's structural change from a city manager/Council model to a strong mayor/Council model. Williams lost her bid for re-election two years later. She's an engineer for the city of Fountain.

• Olivia Lupia, who ran unsuccessfully against Skorman in the 2021 Council race.

• Terry Martinez, a retired principal who also sought a Council seat in 2021. Martinez worked at several area schools during his 31-year career in education, serving as a principal, assistant principal and teacher. He serves on the Judicial Review Commission for the 4th Judicial District and on the El Paso County Parks Advisory Board.

• Jaymen Johnson, who is involved in the marijuana industry.

• Bob Lally, a former military service member who served on the city's Memorial Hospital Commission, which issued a recommendation regarding ownership of the then city-owned Memorial Hospital system. Later, the city proposed and voters approved leasing it to UCHealth for 40 years. Lally also served on the Parks Advisory Board and as vice chairman for Home Front Military Network.

• Promise Lee, a community activist and pastor who did prison time as a youth for a killing but was recently pardoned.

•Christopher Cipoletti, a consultant who was removed as executive director at the American Numismatic Association in 2007. He had his law license suspended in 2011 for misconduct.

Read their answers to questions posed by Council to all applicants: 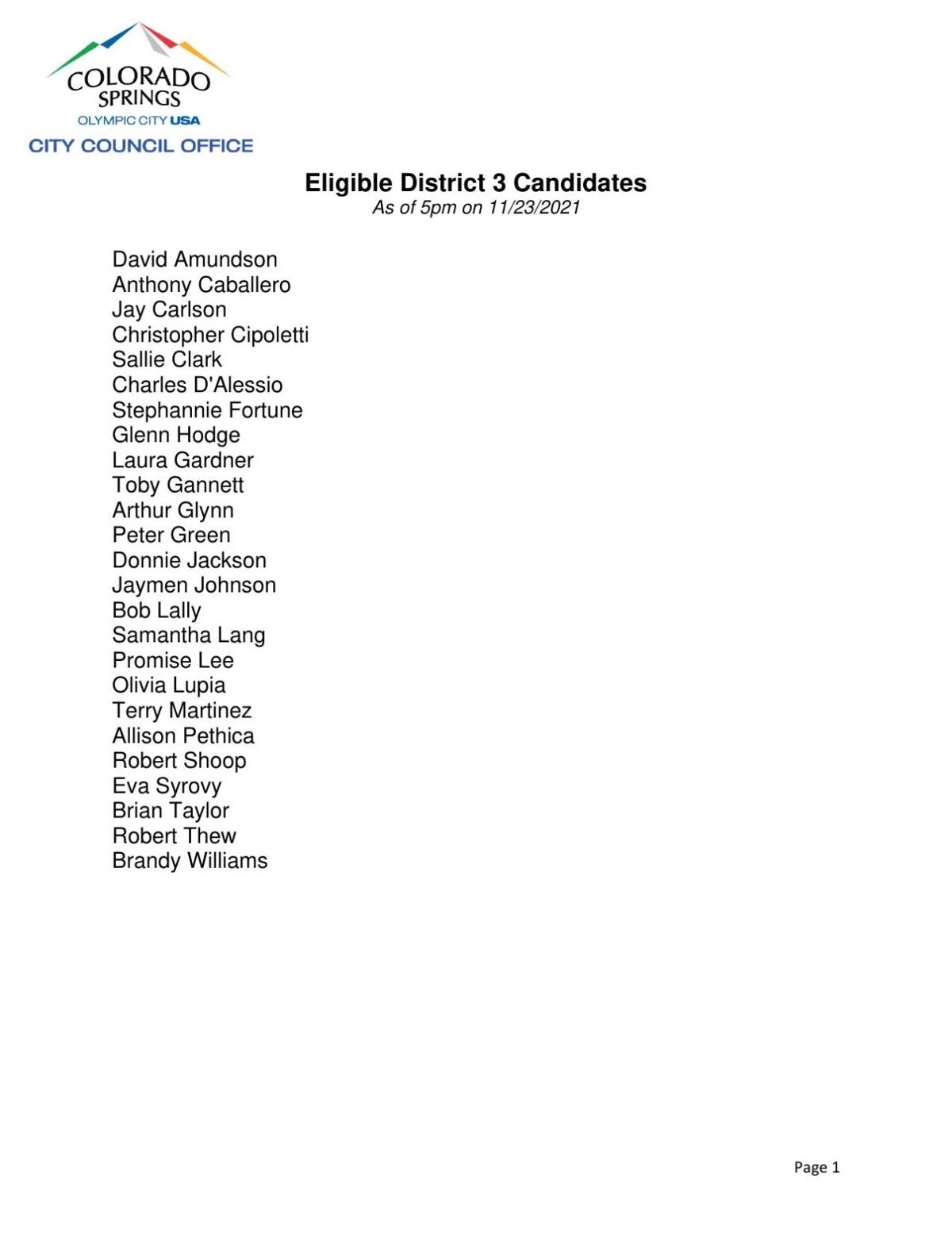 Editor's note: This story has been corrected with the proper spelling of Pam Shockley-Zalabak's name.