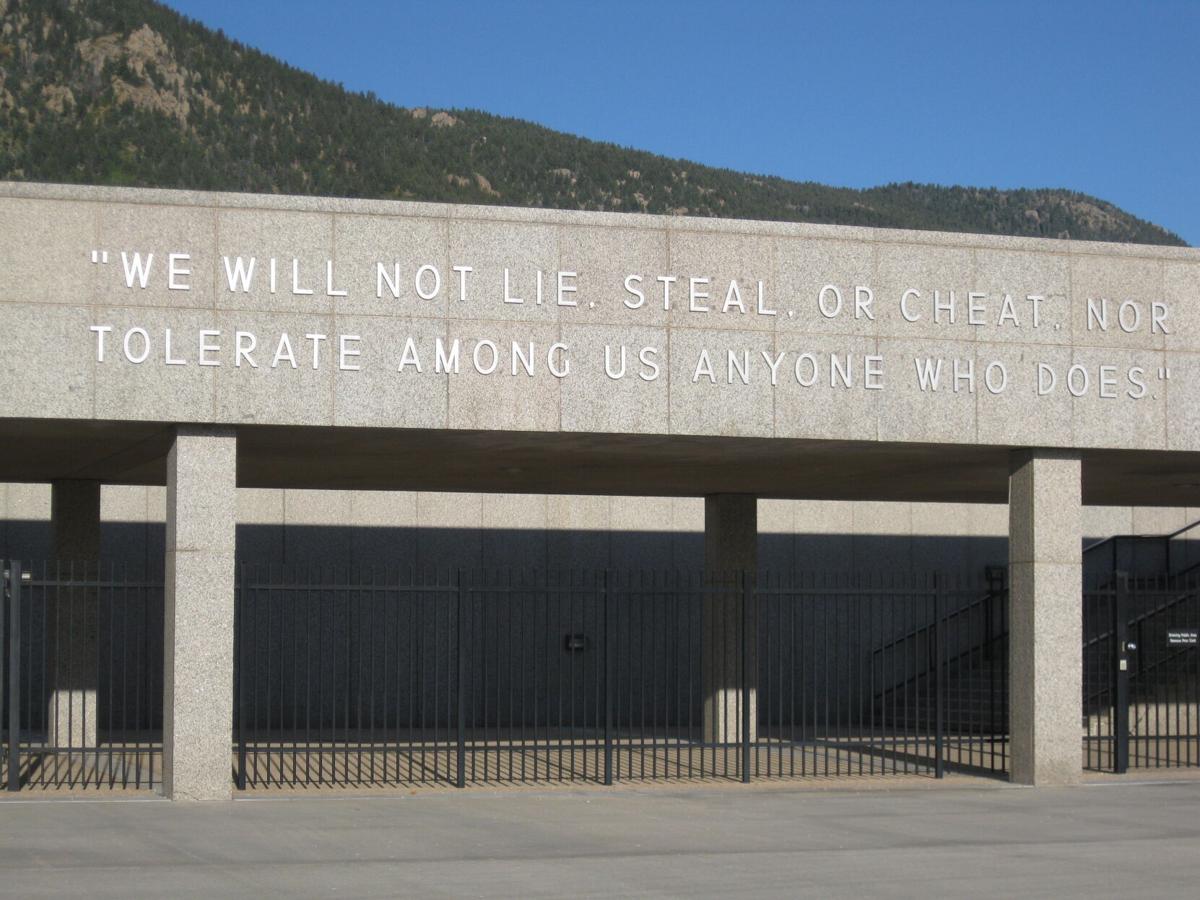 The Honor Code at the Air Force Academy is again front and center. 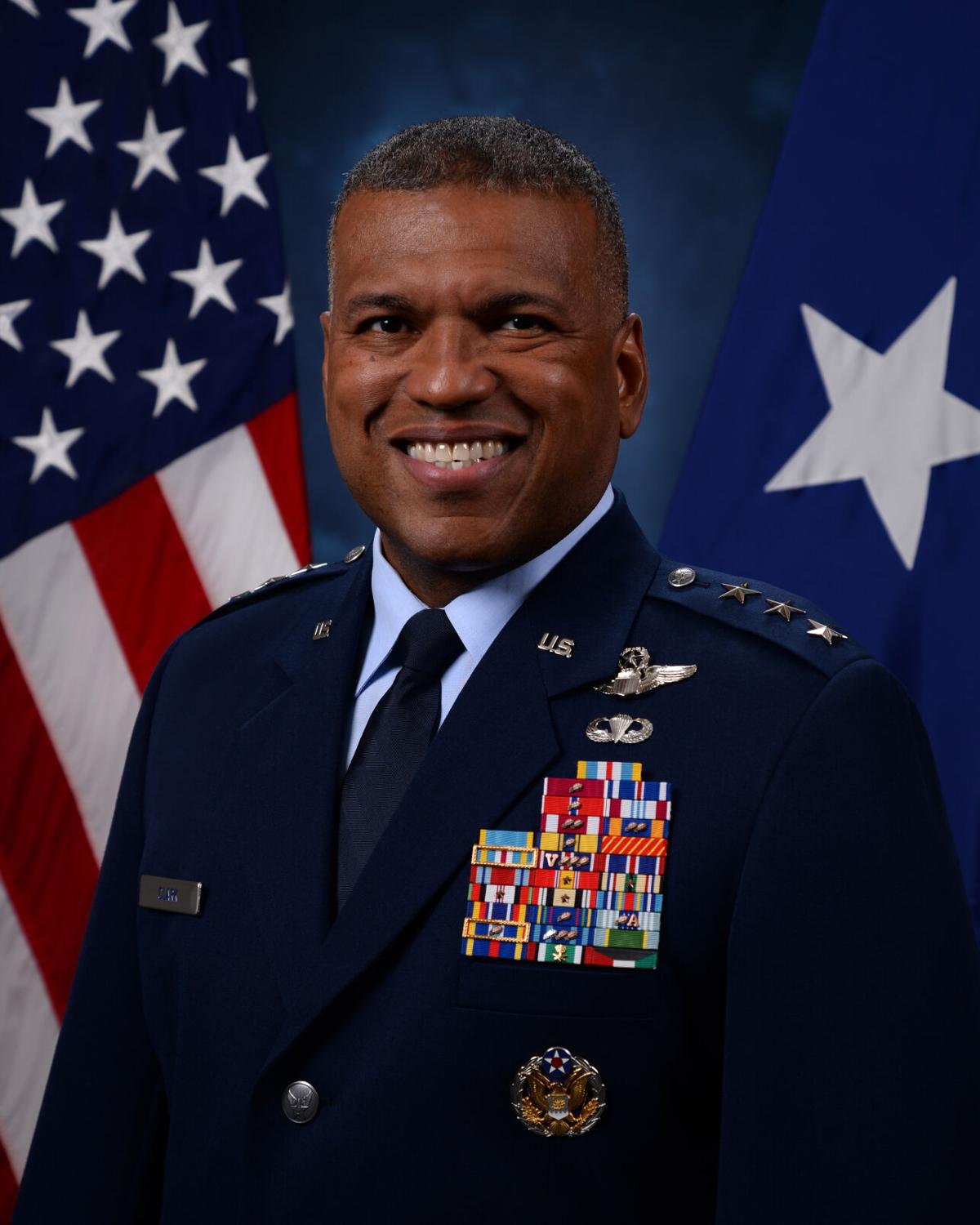 But Clark's plan has drawn criticism from at least one graduate, who alleges the Honor System is no longer in the hands of cadets, as it initially was envisioned. Rather, it's been commandeered by leadership to enforce Academy regulations and inspires fake honor while cadets attend the Academy, the graduate says. The real world of the Air Force — where "senior officers in the Air Force and other services have repeatedly lied to the American people," the graduate told Clark in an email — protects those who violate the code — to not lie, cheat or steal or tolerate anyone who does.

In response to a spring 2020 cheating incident that involved nearly 250 cadets, which we reported on here, Clark has imposed a three-step regimen to "shift our culture and more deliberately inspire living honorably," the Academy said in an Aug. 6 news release.

To do that, Clark has ordered the alignment of faculty and staff to assure honor is included in "formal development across the Academy," including "teaching, coaching, leading and mentoring engagements with this framework," the Academy's release said.

Freshmen will be the first to experience an "enhanced developmental program," the release said. It will focus on "the Honor Code, Leader of Character Framework and the Core Values of Integrity First, Service Before Self and Excellence in All We Do." Clark also has ordered expansion of the curriculum, mentorship and guided self-reflection from existing programs.

Lastly, the other three classes will be required to recommit to "facilitate moving forward with full commitment to living honorably."

In Clark's letter to graduates, he notes that 244 cadets were caught up in the cheating scandal in spring 2020 when the Academy transitioned into remote learning. Only two were found not to have violated the Honor Code; 18 were disenrolled, and 218 were "directed to enter a probationary six-month honor remediation," Clark said. Six cases are pending.

Clark said in the letter that the Academy now will ensure the code is reflected in all parts of development. "This will guide our faculty and staff as they intentionally and proactively develop cadets," he wrote. "We are increasing emphasis on honor and character development across all mission elements."

Clark noted that before the fourth class (freshmen) are "recognized," which takes place toward the end of the class' first year, "fourth-class cadets who admit to a non-egregious, first-time honor violation may receive an expedited path to honor probation, providing immediate engagement and remediation."

The superintendent noted that he doesn't expect new cadets to "internalize" honor in their first year, "but we absolutely require each cadet to do so prior to graduation and commissioning."

Hence, he is directing upperclass members to reflect on successes and failures in their experience under the code, have candid and private conversations with "a trusted mentor" or fellow cadet, and prepare to reaffirm the Honor Code as the academic year begins.

But Ralph Palmer, a 1967 Academy grad, wrote to Clark, calling "BS" on the plan and the honor code in general.

Palmer served in Vietnam, according to a Gazette story, and needled the Academy in 2011 over the U.S. Constitution being removed from the Contrails guidebook given to all cadets. The Academy blamed a lack of space, noting the country's founding document took up 40 pages.

Now, Palmer is miffed at Clark's move to continue the path of stealing the Honor Code from cadets.

"I firmly believe that USAFA needs an Honor Code, but only one that is 100% owned by the current cadet Classes - not by my Class or LGen. Clark's Class or any other previous Class," he tells the Indy via email.
"Today our military needs honesty and Honor more than ever," Palmer says. "Forcing Honor down the throats of cadets for four years may well cause them to despise Honor and reject [it] when they become officers free of the Sup's [superintendent's] control."

Palmer asserts in his email message to Clark that cadets have watched and listened as senior officers have lied to the American people, such as in the cases of Jessica Lynch (a soldier captured in Iraq and initially lauded as a hero, which she later eschewed as false), Pat Tillman (a pro football player who enlisted and was killed in Afghanistan by friendly fire, initially reported by the military as being killed by enemy combatants) and Saddam Hussein's weapons of mass destruction that were never found.
"Cadets are forced to be honest for 4 years in preparation for a 20+ year career of dissimulation, deception, chicanery, lying, and frequent really big whoppers," Palmer said.
He called the Honor Code a "sham" used for enforcing Academy regulations, and in conducting investigations about cadets' criminal wrongdoing, using other cadets as snitches against one another.
Palmer challenged Clark to allow the Cadet Wing to decide how to enforce the Honor Code.
"At the suggestions, insistence, and commands of staff, the Honor Code and the Honor System have been wrested from the 'ownership' of cadets," Palmer wrote. "General, you pay lip service to a 'cadet-owned' Honor Code. Cut the crap and make it so."
The Academy didn't immediately respond to a request for comment regarding Palmer's assessment.