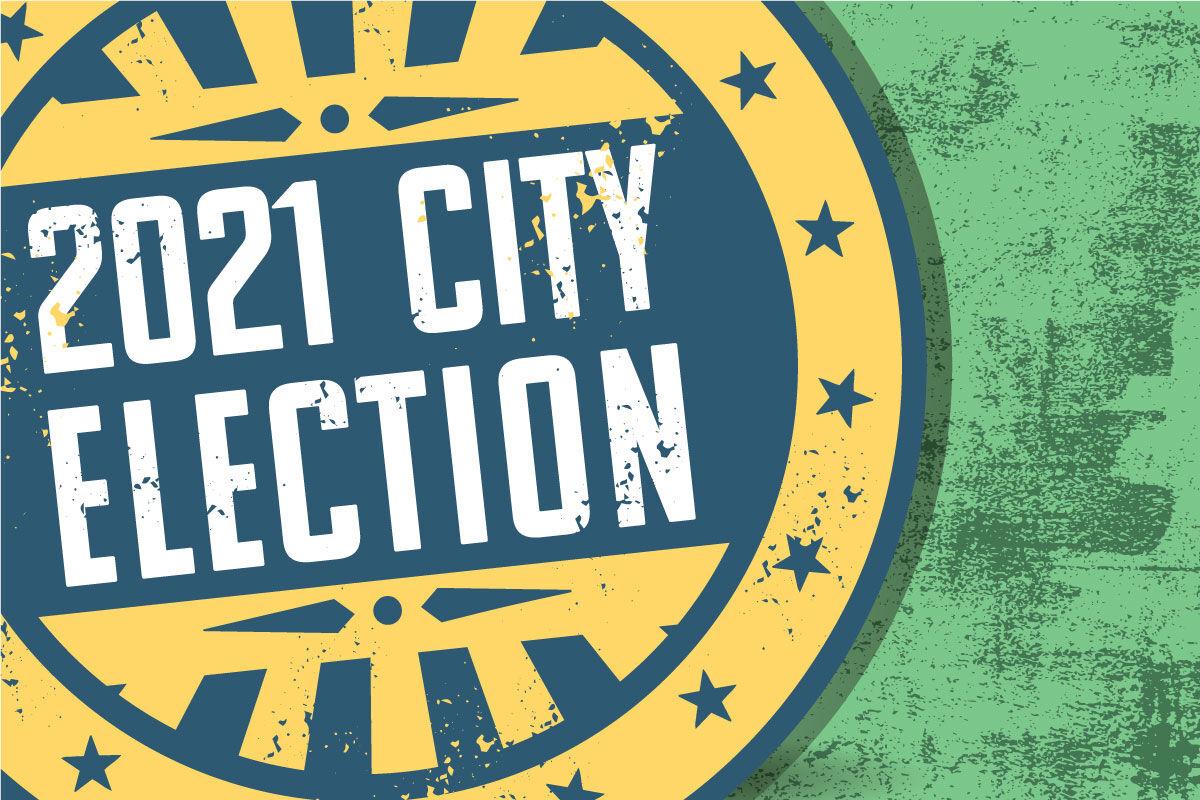 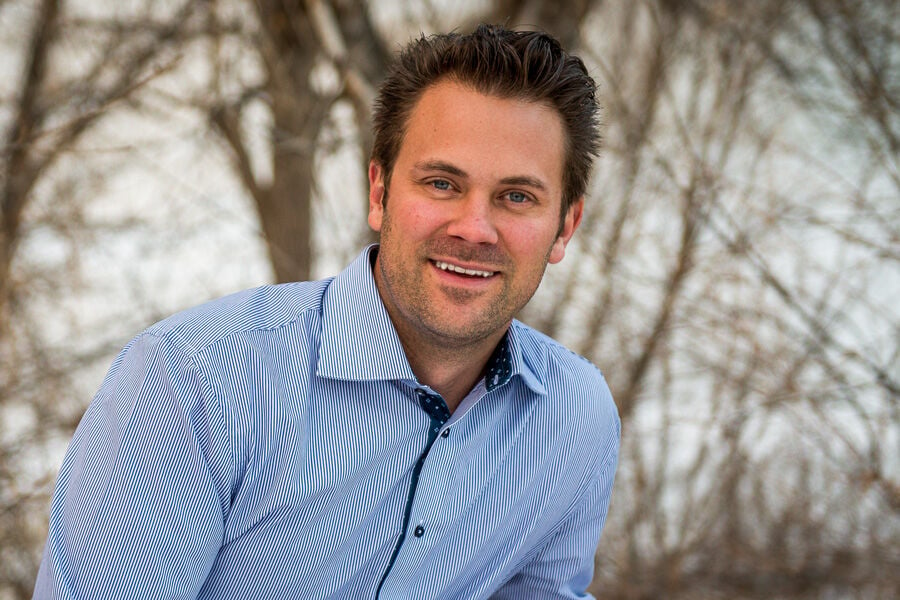 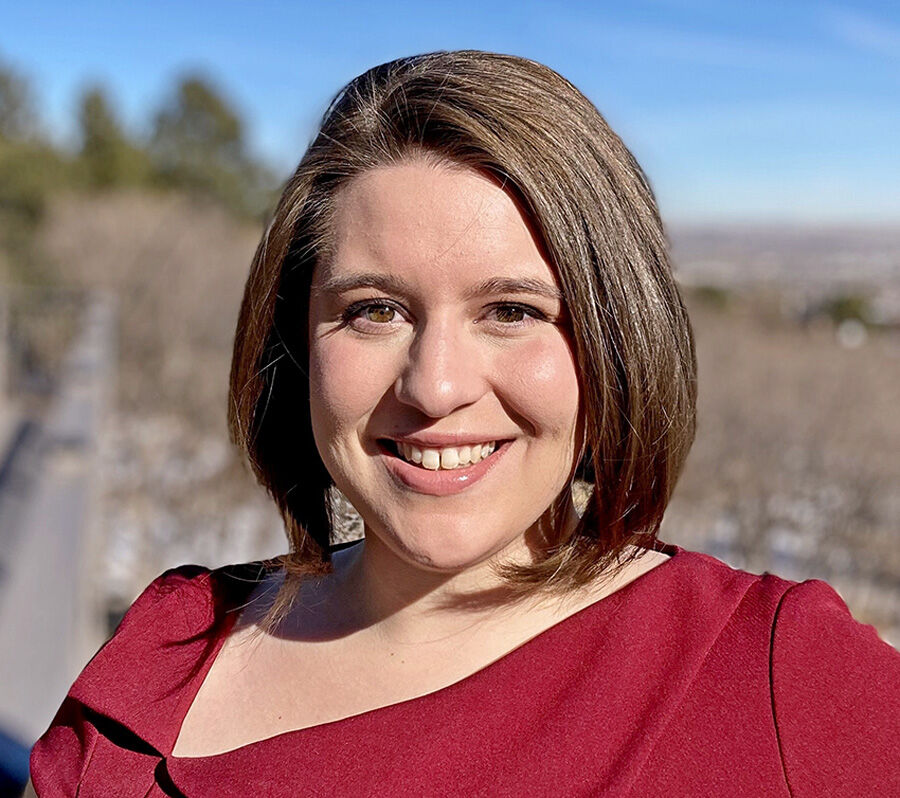 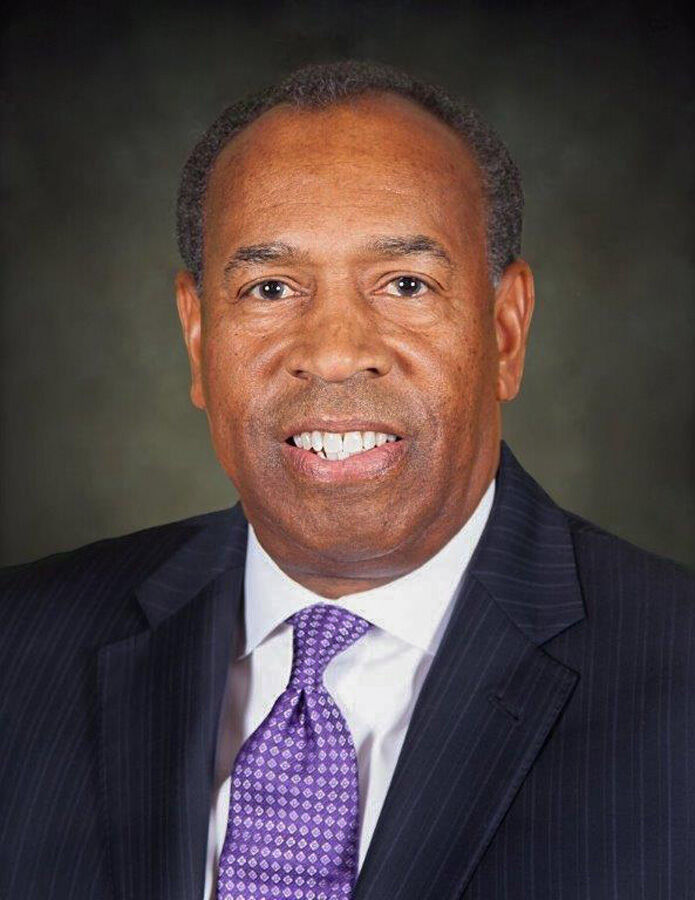 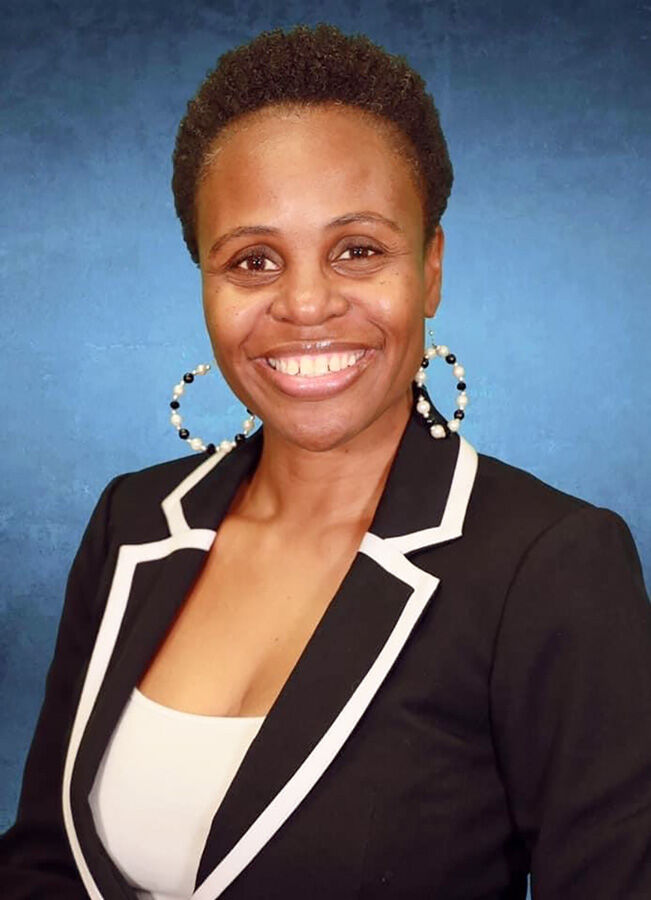 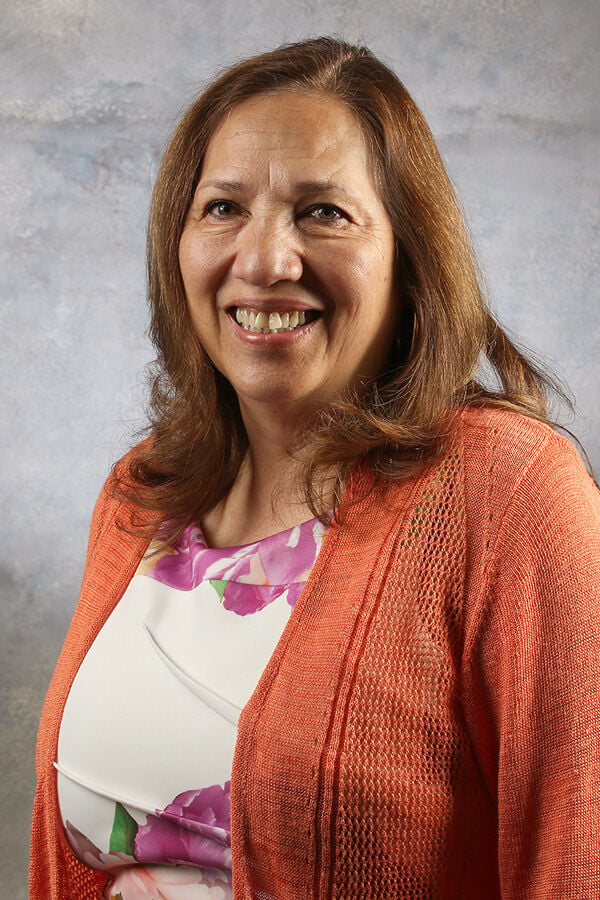 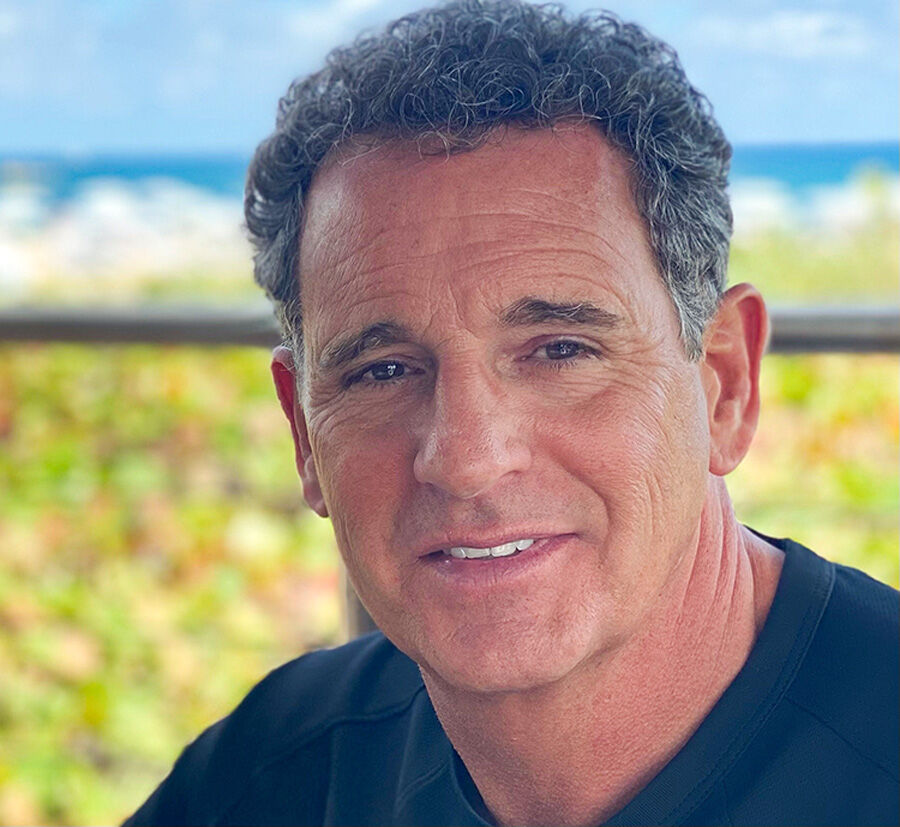 Six Colorado Springs City Council races offer plenty of choices for most voters in the April 6 city election — a total of 21 candidates, with every race competitive.

District 5, in the city’s central area, has drawn the most, with five contenders. That means it’s possible the top vote-getter in that race could win a Council seat by capturing just over 20 percent of votes cast, if candidates split the vote evenly. That’s because there are no runoff elections for Council races; the top vote-getter wins the seat.

Only southeast District 4 and eastern District 6 have just two candidates each. Both incumbents in those districts are seeking another term: Yolanda Avila in D4, and Mike O’Malley in D6, who was appointed in January to fill Andy Pico’s unexpired term after Pico assumed a State House seat.

Other incumbents facing competition include Dave Geislinger in D2 and Richard Skorman in D3.

There are two open seats: D1 now held by Don Knight and D5 held by Jill Gaebler, both of whom are barred by term limits from seeking a third term.

Six candidates are women. Ten 60 or older, six are in their 30s, and one is just 25. Eight have past military service. Most are making their first run for elective office.

Not all candidates could be reached for this report, but either in interviews or in comments on their websites, the candidates identified top priorities ranging from accountability to affordable housing.

Dave Donelson, 57, is retired from the Army and worked as a physician assistant, a position from which he retired in 2019. “My wife and I moved here 30 years ago and fell in love with Colorado Springs,” he says. “I want to run for City Council to keep Colorado Springs the family-friendly, vibrant, beautiful city it’s been for those 30 years.”

Jim Mason, 67, currently serving his second term on Colorado Springs School District 11 Board of Education, served in the Army and is retired from defense contracting. He named public transportation and infrastructure improvements as his two chief areas of focus.

Glenn Carlson, 37, owns a therapeutic massage business. He ran for Council previously. “Being a native [of Colorado Springs] and a business owner, I am someone who’s passionate about the community. I have a lot of experience and values to bring as we come out of COVID.” A board member for the Trails and Open Space Coalition, he vows to advocate for trails and parks.

Mike Seeger, 30, serves as a firefighter and paramedic for West Metro Fire Rescue in the Denver area. “The chief reason [for running] is I’m a Colorado native and this is an area I’m very passionate about. I can make a difference in this community so it can grow in the right way.” He says his work schedule would provide flexibility for serving on Council.

In District 2, Dave Geislinger will defend his seat against three challengers.

Geislinger, 60, is a hospital chaplain and a former deputy district attorney. “The issues facing the city are not singular and isolated,” he says. “They’re all interrelated. Four years ago, I wanted to instill and reinforce principals of good government and good process. We’ve done that, but it’s not finished.”

Randy Helms, 64, retired after a 30-year Air Force career and currently substitute teaches. “We cannot tolerate violence, racism or discrimination,” he said in a release. “I will lead all efforts to work to diminish divisiveness and I will not stand by and watch.” Noting his dad was a police officer, he says he “wholeheartedly” supports law enforcement.

David Noblitt, 60, is a Colorado Springs firefighter who would resign his city job if elected, in compliance with the city’s policies. He served four years in the Air Force. He names his chief motivator for running as wanting to bring “accountability” to Council. He notes two instances in which citizens in D2 objected to land-use proposals but were “summarily ignored.”

Jay Inman, 62, retired after 20 years with the Army during which he served at Northern Command and North American Aerospace Defense Command. He now works as a digital architect at Microsoft. “My politics are simple: Protect the innocent, defend the defenseless and rescue the poor from wickedness,” he says. Asked to define wickedness, he says, “anything that damages life.”

This is a really critical time for us in the city to make important decisions.

Skorman, 68, co-owns Poor Richard’s downtown and related businesses with his wife. He served on Council from 1999 to 2006, resigning to fill the role of then-Sen. Ken Salazar’s regional director. “This is a really critical time for us in the city to make important decisions around things like parks, fire mitigation and climate change,” he says. Skorman also identified growth planning as a top priority.

Arthur Glynn, 59, retired after 30 years with the Navy and works as a defense contractor. “The residents have lost their voice on City Council,” he says, citing The Ridge as the most notable example — a low-income housing development in the Broadmoor Bluffs area opposed by residents but supported by Council.

Olivia Lupia, 25, a performing artist and freelance proofreader, says, “I’m striving to be a true reflective voice for this district, not what the city, county or state tells us what we should want.” She also says the “current green energy initiatives pursued by City Council” should be reexamined.

Henry McCall, 71, is a retired chemical dependency counselor who held a city council seat in Oroville, California, from 1979 to 1983. He’s running because he wants the city to impose a one-year moratorium on rent increases, noting that the apartment occupancy rate is more than 97 percent and rents keep going up.

In District 4, incumbent Yolanda Avila is challenged by Regina English.

Avila, 65, doesn’t have another job in addition to Council. Her main reason for seeking another term is to continue what she started. She says she’s lobbied for road and bridge projects in the Southeast and has pushed to create more fixed routes in the city’s transit system, along with higher frequency. Lastly, she’s helped facilitate two urban renewal projects that will boost economic development and bring more affordable housing to the district.

English, 48, serves on the Harrison School District 2 Board of Education. She founded and runs Be You, a nonprofit organization that mentors youths. Her chief reason for running, she says via email, is to assure her community “has the resources, opportunities and access to the things that are necessary for community to thrive.” She also says, “...it is time for change and when you want change you be the change and I am the woman that will keep the momentum going in my district.”

District 5 might be one of the more lively races, considering it’s an open seat with five candidates.

Matt Zelenok, 34, works in real estate. His website says, “I want to first and foremost increase communication and transparency in our local government.” He says via email, “I feel that some of the qualities that make Colorado Springs great are in jeopardy, and I want to ensure that we retain all of the components that make our city the wonderful place that it is.”

Karlie Van Arnam, 34, who serves as general manager for two medical marijuana centers, echoed Zelenok’s concerns. “I just want to make sure that my constituents are represented fairly.” She named rezoning issues and the affordable housing crisis as her chief issues and vowed to seek common ground with others.

Nancy Henjum, 60, a leadership coach and management consultant, says in a news release, “We need leaders who will listen, collaborate, and actively engage the community in conversation as we grow.” She promised to bring “creative approaches” to the Council table.

Justin James-Fletcher Hermes, 30, works in real estate and property management.  “Being a native of Colorado Springs, I truly love this community and strongly believe we need a voice for the younger generation,” he says. “One of my No. 1 priorities will be transforming The Citadel mall.” Rather than accept campaign donations, Hermes suggests people donate to nonprofits or spend money in restaurants and bars adversely affected by the pandemic.

Mary Elizabeth Fabian, 35, owns a photography business. Noting her top issues include infrastructure, public safety and the economy, she’s also concerned about housing. “People in Colorado Springs are starting to move south and north of Colorado Springs because of the high cost of housing,” she says.

O’Malley, 60, a Navy retiree, has lived in Colorado Springs since July 2019, moving here to work for the Office of the Secretary of Transportation at NorthCom and NORAD. He did not respond to requests for information for this story, and the Indy could not find a website dedicated to his election campaign.

Johnson, 52, who previously ran for county commission, is an Army veteran and licensed teacher. He trained for the Olympic team in judo from 1993 to 2007, his website says, but didn’t make the team. “I believe that I can bring to the council a practical perspective towards business development cultivating growth management including transportation,” his website says.

The election will be handled by mail. Ballots are expected to be sent in mid-March. Go to coloradosprings.gov/voterinfo for details.

Watch the Indy for more stories about Council races and check csindy.com for tidbits from the campaign trail.

Editor's note: This story has been corrected with Dave Donelson's former occupation.