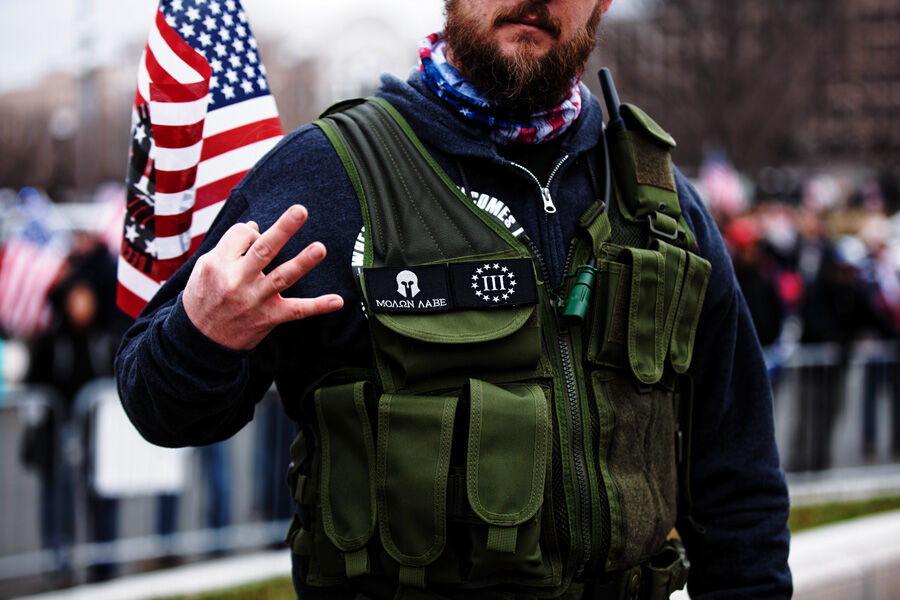 Some Capitol-stormers were affiliated with national far-right groups. 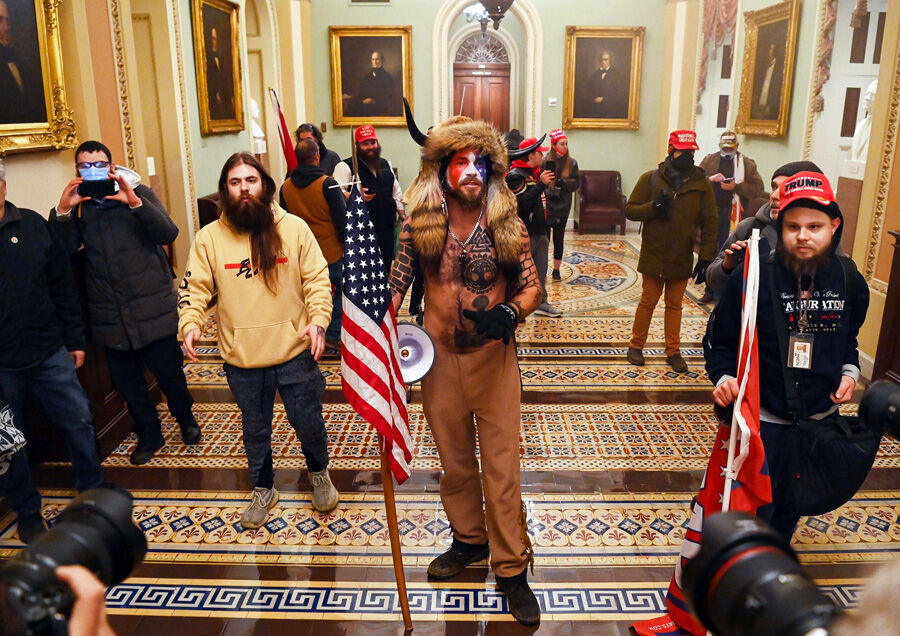 The FBI found conspiracy theorists’ claims of antifa storming the Capitol to be false.

Antifa has become a kind of cultural boogeyman, used as a pejorative by conservative politicians to strike fear into the hearts of constituents and smear Democrats. Following the storming of the Capitol by Trump supporters on Jan 6., many conservative figures have tried to distance themselves from the rioters, and some have gone so far as to blame antifa — a loose coalition of generally left-leaning grassroots activists who expose white supremacists and far-right extremists — for the destruction and violence, which included the death of Capitol Police officer and military veteran Brian Sicknick.

Colorado’s Republicans Rep. Lauren Boebert (CD-3) and Rep. Doug Lamborn (CD-5) were among a host of Republican lawmakers who planned to object to the Electoral College certification of Democrat Joe Biden. On the morning of Jan. 6 Boebert tweeted “Today is 1776.” She then shared a video to Twitter Jan. 8 claiming, “These were not conservatives. Conservatives do not tear our country down, we build our country up.”

On the night of Jan. 6, with the tear gas still lingering and feces drying in the halls of the Capitol, Florida Republican Rep. Matt Gaetz claimed, “some of the people who breached the Capitol today were not Trump supporters, they were masquerading as Trump supporters, and in fact were members of the violent terrorist group Antifa.”

They were not antifa.

Unlike antifa, most of the rioters last Wednesday did not wear masks, or take any kind of precautions to protect their identity while they committed a staggering number of federal crimes. Many of the rioters actually livestreamed their actions, or posed for selfies while trespassing and committing various acts of vandalism, theft and assault.

From their social media feeds we can presumably say that these were not the rag-tag, working-class bands of white leftists and people of color who protested police violence this summer. Paul Davis of Texas, the recently fired in-house counsel of Goose-head Insurance, shared an Instagram video of himself trespassing inside the Capitol. Aaron Mostofsky, the son of a Brooklyn Supreme Court judge, wore a bizarre suit of animal skins, a ballistic vest labeled “POLICE” and a presumably stolen Capitol Police riot shield inside the Capitol. In contrast to Mostofsky, Nick Tilsen, an indigenous protester, is currently facing 17 years in prison for taking a riot shield from an Air National Guardsman during a protest against Trump at Mount Rushmore.

Kyle Clark of 9News Denver identified Denver-area tech CEO Chad Burmeister as a participant of the Jan. 6 rally, although Burmeister denies entering the U.S. Capitol. Joe Oltmann, another Denver-area tech CEO and founder of political activist group FEC United, gave a speech Jan. 5, before the crowd of “patriots” and Proud Boys in Freedom Plaza, but claims he was meeting with officials at the State Department during the storming of the Capitol. Oltmann is currently being sued for defamation by a Dominion Voting Systems employee as a result of his alleged espousing of baseless conspiracy theories — the same conspiracy theories that encouraged the rally and mob violence on Jan. 6. Brad Rukstales, an Illinois tech CEO, was arrested on Thursday for breaching the Capitol.

It wasn’t only wealthy elites who took part in the riot. Bexar County Sheriff’s Office Lieutenant Roxanne Mathai of Texas is currently facing criminal and administrative investigations for her actions last Wednesday. Mathai shared video of herself on the Capitol steps. David Ellis, a Troy, New Hampshire, police chief, was also present for the rally but was not involved in storming the Capitol and claimed he was troubled by the violence. According to a news release from the Seattle Police Department, “at least two of its officers were reportedly in Washington, D.C. on Wednesday,” and are currently under investigation. The Philadelphia Police Department is also investigating a detective for allegedly attending the event.

West Virginia Republican Delegate Derrick Evans livestreamed himself storming the Capitol, shouting, “We’re in! We’re in!” Evans resigned on Saturday, and is currently facing federal charges of knowingly entering or remaining in a restricted building or grounds without lawful authority and one count of violent entry and disorderly conduct on Capitol grounds. Evans was one of several GOP state lawmakers who took part in the rally.

In addition to the rich people and cops, there were also plenty of Nazis in the crowd. Widely circulated photos from the chaos inside the Capitol featured a bearded man in a sweatshirt that read “Camp Auschwitz” on the front, and “Staff” on the back. CNN identified the man as Robert Keith Packer of Virginia. White nationalist Tim “Baked Alaska” Gionet live-streamed from Nancy Pelosi’s office, and Holocaust denier and “Groyper” leader (groypers are a loose group of white nationalist activists and internet trolls) Nick Fuentes took part in the rally, but denies entering the Capitol.

In the coming days and weeks, as criminal investigations — including the federal murder investigation of Sicknick’s death — continue, the true nature and allegiances of the rioters will hopefully be identified. More Americans died as a result of the events of Jan. 6 than were killed during the Benghazi attack, which a congressional panel spent $7.8 million and 2½ years investigating and which launched numerous federal investigations and became a major point of contention during Hillary Clinton’s 2016 presidential campaign against Trump.

Disclosure: Heidi Beedle has contributed articles to antifascist blogs and was formerly involved in antifascist activism in Colorado. As a professional journalist, she is no longer involved in any form of political activism.