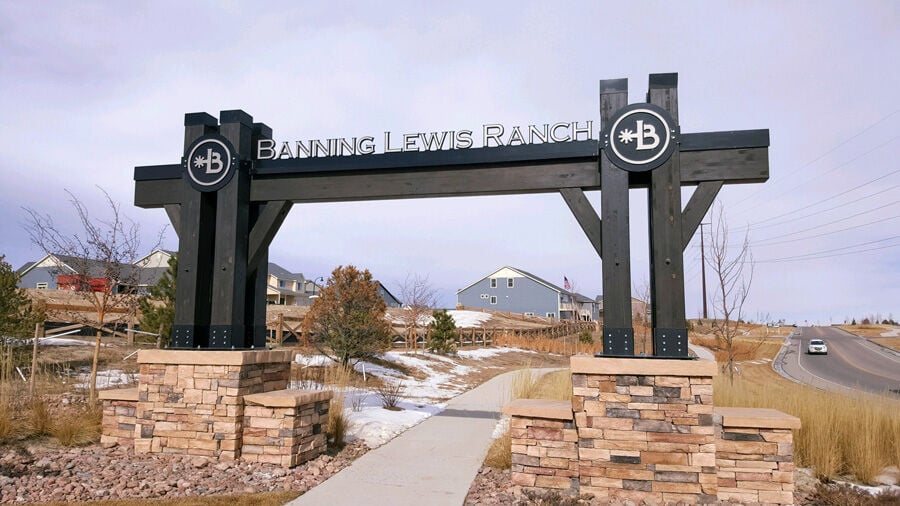 Thousands of developable acres make up Banning Lewis Ranch on the east side of Colorado Springs. 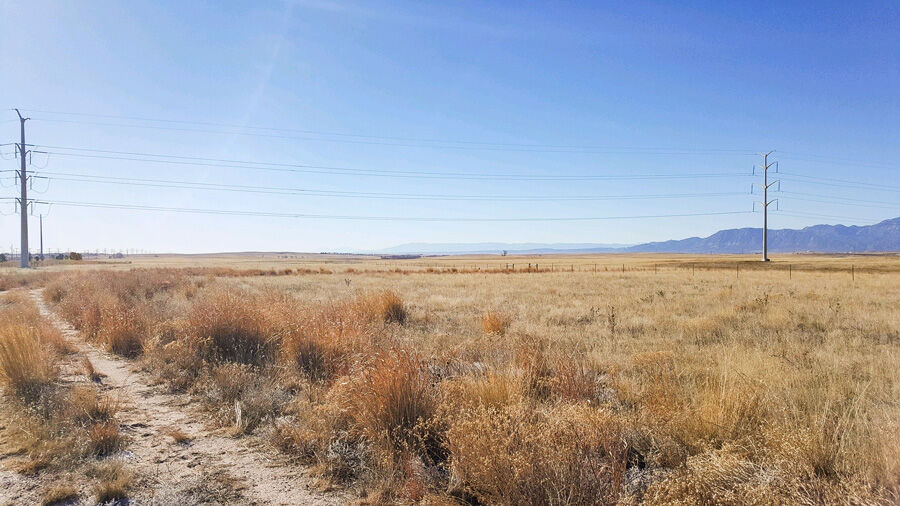 Developers got their wish in spring 2018 when City Council radically amended the 30-year-old annexation agreement for the massive Banning Lewis Ranch on the city’s east side.

The modification wiped out stiff requirements that developers fund police and fire stations, parks, a six-lane Banning Lewis Parkway cutting through the 20,000-acre property, and other infrastructure. Developers argued the exorbitant costs crippled their effort to turn a profit, thereby sterilizing the land from development.

By making development more feasible, the city expects to clear $49 million in tax revenue over 30 years if even 7,400 acres is developed during that time, though it would see only $1 million materialize in the first decade, or roughly $100,000 per year on average.

So what’s happened there since Council eased up on developer requirements?

Not much. Developers have proposed new projects for about 390 acres of commercial and residential use in the last two years. While the pace is apt to pick up over time, at that rate, if there are 20,000 developable acres, it would take a century to build out the ranch.

City Councilor Andy Pico, who represents the district containing the ranch, says development doesn’t unfold overnight. But Pico wouldn’t pass judgment on whether the annexation agreement has had the desired effect of prodding development.

“My observations would be that it’s way too early to make any observations,” he says in an email. “The [revenue] projections are for a very long time frame and there really hasn’t been enough [development] yet.”

Arizona developer Frank Aries originally proposed the annexation in 1988, agreeing to the city’s demand to fund virtually all public improvements, including streets and drainage structures; donation of land for parks and trails; land, construction and equipment for five fire stations and four police stations, and investment in utilities, among other things.

The total tab was estimated at $1 billion.

But Aries went out of business and the land has changed hands several times since. As time rolled on, little development took place, with developers arguing the onerous annexation agreement paralyzed progress.

After a California company declared bankruptcy in 2010, Oakwood Homes paid $16 million in 2012 for 2,600 acres of the ranch at Woodmen and Marksheffel roads, according to media reports. It’s been erecting houses ever since.

The balance of the ranch was snapped up by Houston-based Ultra Resources for $20 million. After testing for oil and gas proved drilling financially unfeasible, Ultra sold the land in November 2014 for about $28 million to David Jenkins, chairman of Nor’wood Development Group, the region’s largest developer. Ultra, which emerged from bankruptcy last month, retains mineral rights, however, and it’s unclear how the possibility of future resource mining might impact development. But the company, renamed UP Energy LLC, said in a release it’s “focused on developing its long-life natural gas reserves in the Pinedale and Jonah Fields of Wyoming’s Green River Basin” where it controls 117,000 acres.

Also, given the move toward renewable energy, the Banning Lewis Ranch may never be mined for fossil fuels.

Regardless, after acquisition of BLR, Jenkins continued Ultra’s dispute with the city in bankruptcy court over the 1988 annexation agreement, but in June 2015 a federal judge ruled that it couldn’t be set aside. Subsequent negotiations led to the agreement’s revision, based on a study by financial analysis firm TischlerBise that predicted the $49 million revenue figure for the city.

The new agreement dramatically dialed back developer requirements, such as for public safety.

Denny Nester, then-city auditor who reported to City Council, issued a report prior to the April 2018 approval noting the TischlerBise study contained “no supporting data or basis for the Agreement’s police ($677) and fire ($1,631) fees.”

Those fees, the report said, “do not cover the full cost of land acquisition, construction, and initial outfitting of the required police and fire stations.”

Nester’s report also noted the agreement allowed developers to pay the fees when they obtained building permits, whereas the former agreement required payment upon annexation or plat recording, much earlier in the process.

Not only could the delay in collections “stress” city funds for capital projects, but the timing “would increase the administrative cost and impact City cash flow,” the auditor’s report said.

Notably, the police and fire fees were made subject to a “yearly escalation factor, as determined by the City.”

But a review of those fees only recently got underway and is to be completed in April, three years into the agreement, says city spokesperson Kim Melchor.

“The City is in the process of updating the police/fire fees for new development and is working with TischlerBise,” she says in an email. “The police and fire fees are not specific to Banning Lewis Ranch, they apply to all new development.”

City Planning Director Peter Wysocki notes to the Indy via email that Oakwood Homes continues to develop and build homes at BLR, and unlike many businesses in 2020, “COVID-19 has no impact on development throughout the city. In fact, YTD development activity is higher in 2020 than 2019.”

Besides Oakwood, Challenger Communities is developing 153 acres called Enclaves at Mountain Vista Ranch on the southeast corner of Marksheffel and Barnes roads, which was approved in 2019, Wysocki says. So far, Challenger has platted “numerous lots” and built “numerous homes,” he says, in the mixed-use development of homes and businesses.

Another project, proposed by Pikes Peak Investments LLC, is currently under review. Called Reagan Ranch and located on the ranch’s south side, the project covers 237 acres. Commercial and residential uses are envisioned in the plan, for which hearing dates have not yet been scheduled.

But the problem with BLR development stems from the fact that most of the property is controlled by one landowner — Nor’wood.

“Since new development has not commenced on the property owned by Nor’wood, there has not been new tax revenue generated for the City, nor has there been any additional cost or demand for services placed on the City for this area,” Wysocki says, though he adds that Nor’wood “is currently undertaking a major master planning process” for its BLR holdings.

Without BLR land open for development, the city won’t keep pace with demand, city officials argued in support of the BLR annexation amendment.

As the city said at the time: “The available 6,000 acres of land within City limits outside of Banning Lewis Ranch will only accommodate growth for less than 10 years. A lower supply of land means increased prices, and Colorado Springs’ competitive market is already seeing increased housing costs.”

But infill development “will do only so much” to satisfy demand, city economic development officer Bob Cope said in 2018.

But with most of BLR controlled by Nor’wood, it’s up to Nor’wood to decide when that land gets developed.

For now, the company seems to be focused on other projects, including 673 acres that lies just outside the city’s northeast boundary and adjacent to BLR. In February 2019, Nor’wood sought annexation of that acreage for a mixed-use development. Planning commissioners have recommended approval to City Council, but Council hasn’t taken action yet.

In addition, Nor’wood’s attention is trained in other areas, such as the northern Interquest Business Improvement District where mega-sports retailer Scheels All Sports is going up, and the lower downtown area where it plans to build hundreds of apartments and office space adjacent to America the Beautiful Park. Council granted Nor’wood authority to issue over $300 million in bonds to fund infrastructure for the downtown project.

Nor’wood didn’t respond to a query about its plans.

The City is in the process of updating the police/fire fees for new development...

As of late September, the police impact fees levied on BLR developers totaled $143,420, and fire fees came to $345,524, with more than half of those fees paid in 2020 alone. No new fire or police stations have been built.

Those fees came largely from Oakwood and Challenger.

Fire Department spokesperson Brian Vaughan said in 2018 that an analysis of service calls suggested the ranch’s first station would be needed in 2023 at a cost of $6 million for land, construction and equipment — in 2018 dollars.

Deputy Chief of Operations Randy Royal stopped short of saying when a station would be needed in BLR but agreed with Vaughan’s estimate of $6 million.

But consider this: if 7,400 acres are developed in 30 years, police and fire fees would total $7.1 million, without an escalation factor. Another $51 million would be raised during that time by the city’s Public Safety Sales Tax (PSST), TischlerBise said. The police and fire stations would cost $41.6 million, leaving $26.5 million extra.

But TischlerBise didn’t address staffing costs. In 2018, the Fire Department set the cost of staffing one station at $1.4 million a year, meaning the extra money would cover one station for about 19 years at 2018 prices.

Of course, the city would collect other sales and property taxes as the ranch developed to help fund those services.

Then there’s parks. As the auditor noted in 2018, the city requires only 205 acres of parkland to be dedicated to the city by developers, less than half the 549 acres required under the city’s Park Land Dedication Ordinance and less than 340 acres required by the Park System’s Master Plan.

The Trails and Open Space Coalition’s Susan Davies says she’s not as worried about park land as open space.

TOSC, she says, hopes to see 5,300 acres in BLR preserved as open space, which is cheaper to maintain, either through acquisition using Trails, Open Space and Parks money or dedication from a developer.

“We have an open space application into TOPS for some of the property out there,” she says via email. “We do think there has to be adequate wide-open places for people out there to hike, bike etc. They’re going to need their own Red Rock open space, Blodgett open space etc.,” both of which are located on the city’s west side.

Not enough development has taken place in BLR to gauge whether the parkland requirement is adequate. The city reports 55.4 acres have been set aside by developers for parks with 52 acres already built.

Another annexation revision that delighted developers dealt with Banning Lewis Parkway. Originally mapped as a six-lane traffic way with a 300-foot right-of-way that cut diagonally through the ranch, the 2018 deal said only 142 feet would be required, even for six lanes, and the city would entertain requests from developers to vacate right of way already committed.

This not only potentially frees up land developers would have or already have  ceded for the parkway, it also relieves them of paying for six lanes. Only four will be required.

Responding to the Indy’s questions via email, city traffic engineer Todd Frisbie says a recent traffic study by Oakwood Homes shows a need for four lanes in a build-out scenario reaching to 2045. Oakwood has requested the roughly 6.5 acres of right-of-way it provided under the 300-foot scenario be vacated and the excess land be returned to the developer. The request was due for Council consideration on Oct. 13, after the Indy’s press deadline.

While Oakwood will have to build the four-lane road adjacent to its subdivisions, the Reagan Ranch and Enclaves at Mountain Vista Ranch do not, because the parkway doesn’t run through them.

Meantime, the city’s ConnectCOS transportation master plan could yet conclude there’s a need for six lanes “due to regional significance and use of the Parkway beyond the residents and businesses located within the Banning Lewis Ranch,” Frisbie says.

If that happens, the city would fund construction of the additional two lanes by adding lanes in the median, rather than demanding developers provide the property to add to outside lanes, he says.