Carrier was accused of hundreds of incidents involving young boys that took place while he served as a school resource officer a decade ago. The case led to a payout to victims by Colorado Springs School District 11 and the city of roughly $11 million.

The Indy profiled the case with a cover story, "Underwhelming oversight," found here.

Gilbert's ruling denies a reconsideration, saying, "The Court has seriously considered the option of some adjustment that would provide Mr. Carrier an earlier opportunity for treatment and parole but does not feel it would adequately recognize the widespread damage caused by Defendant’s actions." 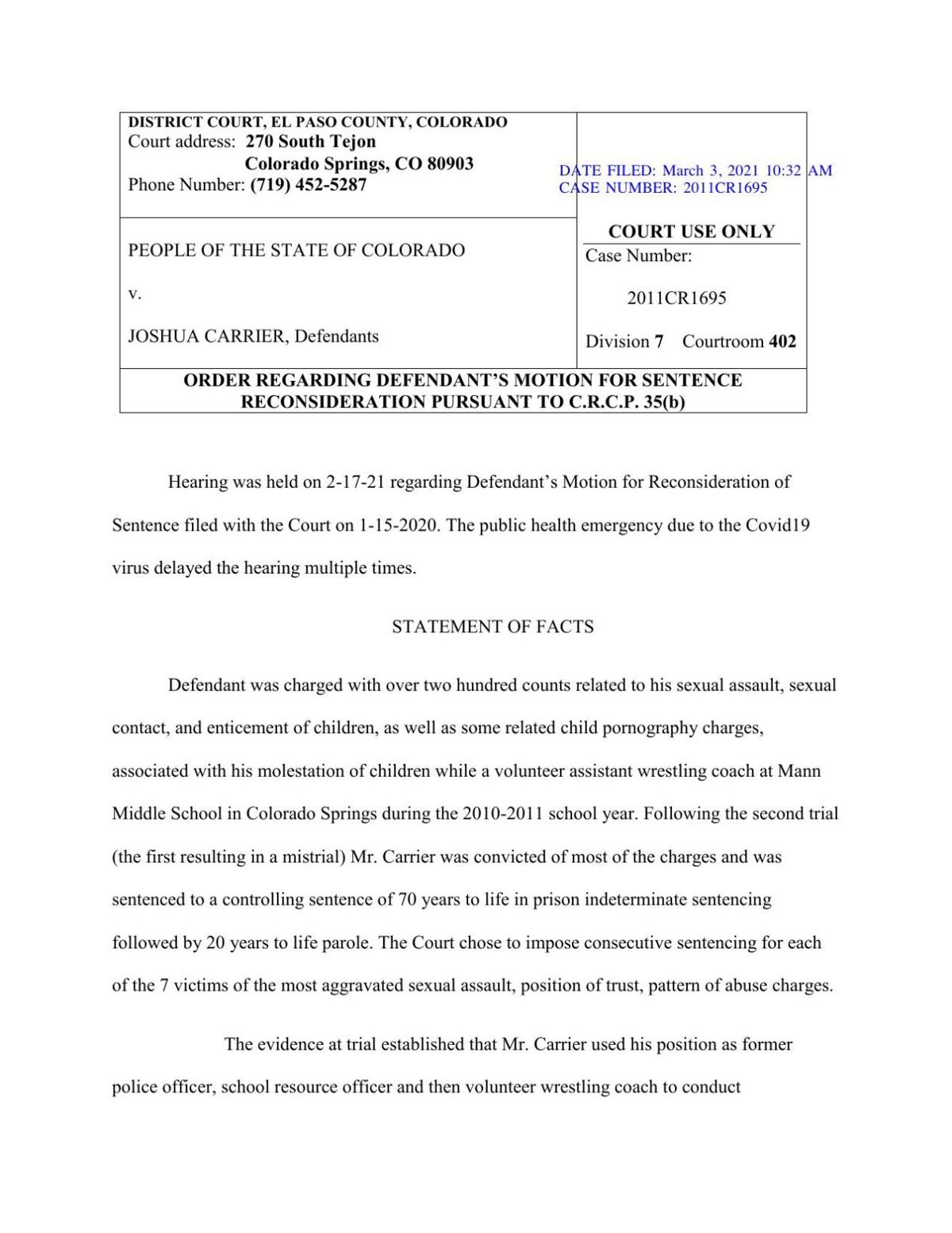