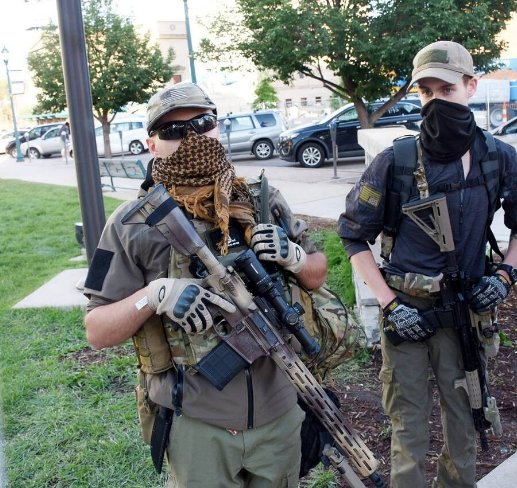 Armed men who showed up at a protest in Colorado Springs last summer. 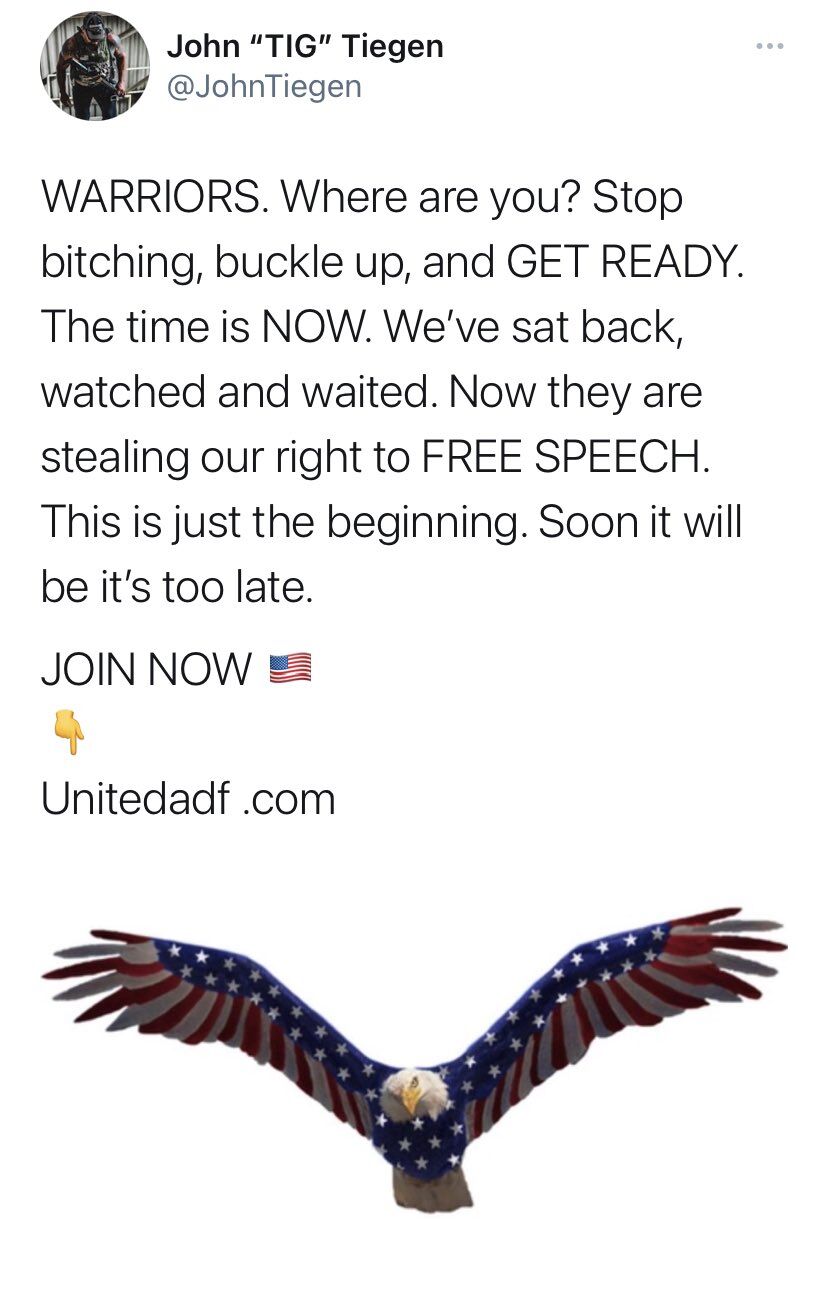 Despite social media messages agitating for protests, the Colorado Springs Police Department is downplaying the possibility of violence here next week as conspiracy theorists nationwide, egged on by President Trump, gear up to oppose the inauguration of President-elect Joe Biden.

Though the FBI has said gatherings are expected in all state capitols, Colorado Springs has seen its share of demonstrations, some attended by armed right-wing factions.

Here's one example of a call to action:

Unitedadf stands for United American Defense Force, a subset of FEC (Faith, Education, Commerce) United, a political activist group that has campaigned against rules to quell the coronavirus. The group is led by Joe Oltmann, who's being sued for defamation by a Dominion Voting Systems employee as a result of his alleged espousing of baseless conspiracy theories — the same conspiracy theories that encouraged the rally and mob violence on Jan. 6.

Now, both FEC United and UADF say they're discouraging violence, according to the Gazette.

But he added, "We are unaware of any illegal actions planned to occur in Colorado Springs."

Even if those actions were expected, he said, "We are unable to discuss any equipment, resources, planning or tactics surrounding how CSPD would respond to potential criminal unrest as it would jeopardize our ability to keep the community and our officers safe."

Likewise, El Paso County Sheriff's Sgt. Deborah Mynatt refused to outline any information about staging, preparation, equipment, and resources that could be used, which she said could "compromise officer safety for our staff as well as the security we provide for the community."

Asked about how any extraordinary deployment would be funded, she said costs would be drawn from the existing budget.

"We will continue to monitor any/all information available to us related to the potential for gatherings at local government buildings," she said in an email. "Specific details would be included to develop a unique deployment plan based on information gathered. We support lawful gatherings and the right of all persons to exercise the rights affording to them under the First Amendment. If persons choose to gather, we ask they do so peacefully and lawfully."

Meantime, Northern Command and the North American Aerospace Defense Command, based at Peterson Air Force Base, clarified their roles in the inauguration. In response to the Indy's questions, the Public Affairs office said via email:

"This is a National Special Security Event that requires a cooperative effort among federal, state and local agencies.  USNORTHCOM and NORAD are part of that effort. Joint Task Force -National Capital Region (JTF-NCR) is a joint service command under U.S. Northern Command charged with planning, coordinating and providing authorized DoD ceremonial and public affairs support for the Presidential Inauguration. JTF-NCR's principal role in the inauguration is ceremonial. Civilian law enforcement agencies are responsible for the safety and security of inaugural events in coordination with the United States Secret Service.
"NORAD enforces the flight restrictions in the SFRA (Special Flight Rules Area) over the nation's capital.  Multiple resources including rotary wing and fighter aircraft are always poised to intercept any aircraft that may pose a security issue in the Area."