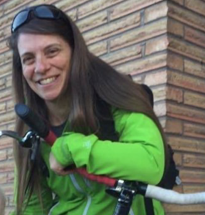 Jan Doran is a long-time supporter and volunteer with CONO. 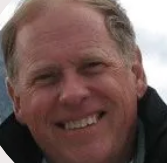 Dave Munger was CONO's first paid executive director and remains on the board.

For the third time in recent years, the executive director of the Council of Neighbors & Organizations (CONO) has resigned, and the long-time advocacy group appears to be on the ropes.

Stephanie Surch, whose last day as executive director was April 30, started at CONO just last year and tells the Indy the agency is troubled and the board doesn't seem willing to address issues she thinks prevent CONO from being relevant as the city continues to grow.

A bit of history — for years, CONO was a loose-knit group known as Council of Neighborhood Organizations headed up by long-time activist and volunteer Jan Doran. She frequently appeared before Planning Commission and City Council on behalf of neighborhoods all over the city who opposed certain types of development.

In January 2014, Dave Munger, who had served on the CONO board from 2006 through 2013, was elevated to executive director. The group changed its name to Council of Neighbors & Organizations and moved into an office space on downtown's south side.

Also during the Munger years, CONO started receiving money from the city and still does. This year CONO is relying on $120,000 in city funding, Surch says, a move some observers question, considering CONO was previously viewed as independently operated.

Right after Munger retired from CONO, the agency relocated to the city's strip mall complex at 1506 N. Hancock Ave., where it operates today, and pays rent to the city.

In 2018, Diane Loshen was named executive director, according to tax forms, and was paid $63,365 that year. According to her LinkedIn page, she left in November 2019 and states no subsequent employment.

In March 2020, CONO hired Richard Strasbaugh as executive director. The organization's 2019 Form 990, the most recent available, reports he was paid only $2,800 that year. He left in September.

Meantime, Strasbaugh hired Surch as program officer at CONO in April 2020. She took over as executive director upon Strasbaugh's departure.

Since 2018, the organization has had three executive directors. Surch says CONO employed six people in 2019. Now, it has no employees.

Surch tells the Indy in a phone interview she has no job lined up and needs a break after working 10 to 12 hours a day at CONO. Community Coordinator Keyshon Cooks, who resigned right after Surch announced she would leave, will also need to look for employment, she says.

Surch termed her departure as "amicable," but outlined concerns she developed during her time with CONO, saying, "I feel like I owe it to the community to have a certain level of transparency that I don't feel our organization is having."

The dwindling staff raised questions in the community, Surch says, who adds the board intends to hire new workers and continue its mission. That mission, as articulated in an IRS Form 990, states CONO "empowers neighborhoods in the Pikes Peak region through education and connection with the vision that neighborhoods are engaged in developing safe, healthy, thriving places to live."

But Surch, 43, who has many years experience working for nonprofits, says it's her impression "there's fundamental basics of nonprofits that are not being fulfilled, impairing the organization in having a mission and scope of service that reflect the current community's needs."

For one thing, she says, it's her opinion the board should reflect the community's age, gender, race and occupational makeup. But when she made that observation, she got pushback, she says. The CONO website features photos of the 12 board members, nine of whom are white men, one is a Black man and two are white women, including Doran as president emeritus and Munger as executive director emeritus.

That leads residents who turn to CONO for help "constantly disappointed."

Surch says she advocated for creating a list of tangible deliverables, but the idea was met with resistance.

But CONO lacks the infrastructure to carry out that mission, she says.

While CONO used to speak directly on behalf of specific neighborhoods, Surch says that's no longer possible, because, "We don't live in those neighborhoods" and "CONO needs to represent the interests of the city as a whole.

"To advocate for one neighborhood could be contrary to the interests of the city as a whole," she says.

Moreover, given the city's funding, she adds, "How neutral are we?"

She also observes that it's confusing where the city's neighborhood services division leaves off and where CONO begins.

None of the issues Surch articulated to the Indy, she says, are new to neighborhoods in the city.

Surch says she wants CONO to be a "successful and sustainable" organization, but adds, "How we're functioning now, we are not taking the required steps to do that in any meaningful way and serving the community in an impactful way."

While the disruption brought on by COVID-19 is partly to blame, Surch says, the board has been reluctant to fully engage and come to agreement about CONO's direction.

She also feels due to all of those issues, CONO has lost the community's trust, though it can be regained through rebuilding and refining its mission and adopting an action plan.

"I want the organization to continue," she says. "I want it to serve the community. But we're just not doing it right now."

The CONO website contains this message with the announcement that Surch and Cooks have resigned:

"CONO will continue its work in the community and new staff will be announced in the coming weeks. After [May 1] inquiries can be directed to CONO Board Chair Rick Hoover at boardchair@cscono.org or by calling our CONO office at (719)471-3105."