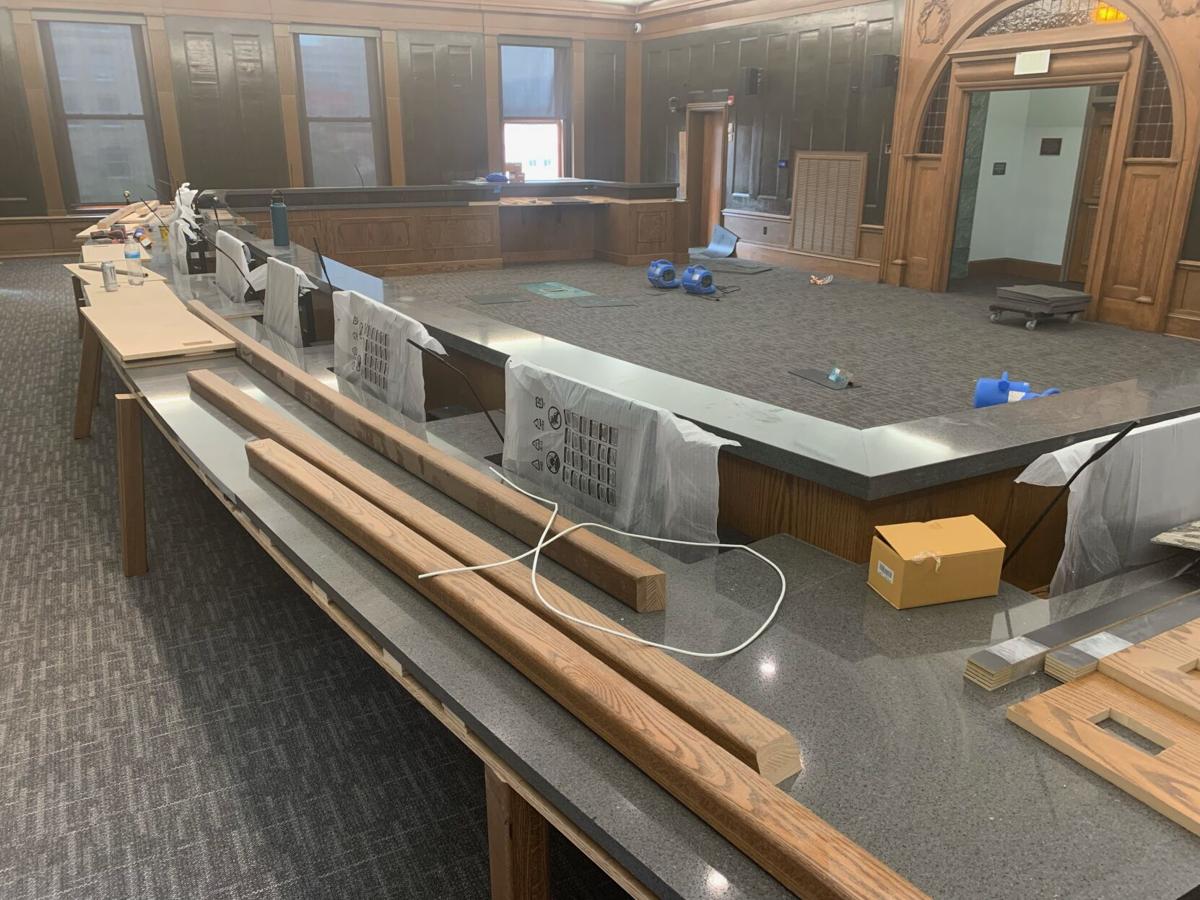 City Council chambers has been remodeled to allow for greater public capacity, while switching the position of Council seating. 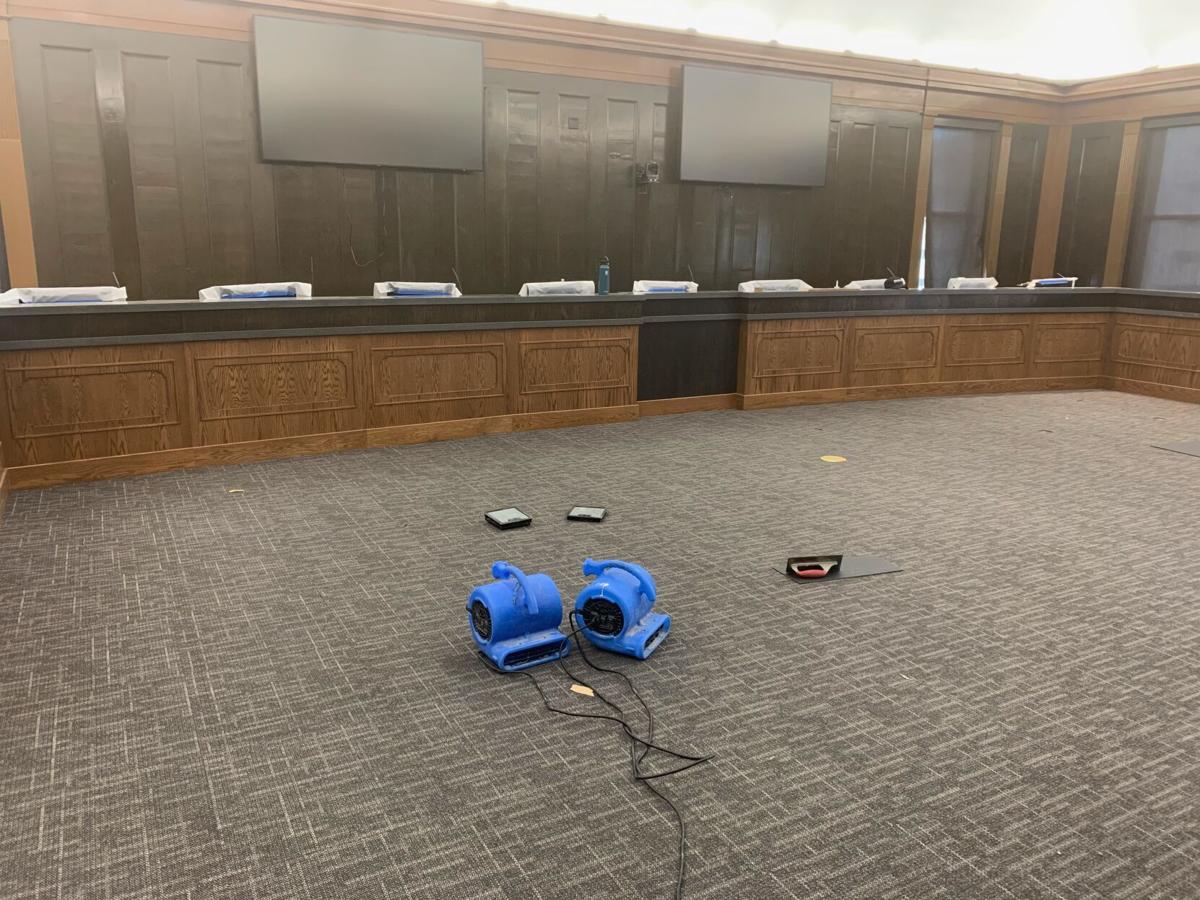 Two big screens have been installed in City Council chambers.

A $465,000 overhaul of City Council chambers at City Hall is nearly complete, and the new configuration provides more space for the public to attend meetings, officials say.

The former set up allowed for a capacity of 84 chairs available to the public. "After the remodel is completed, the audience seating will be 95 seats, with the ability to go as high as 110 seats," says Alex Ryden via email, public communications specialist for Council.

Mike Smaldino, spokesperson for the Colorado Springs Fire Department, says before the remodel, there was 1,749 square feet of space, which could provide seating for 96, plus three wheelchair spots, not including staff and the dais where Council is seated.

The new configuration allows for 1,879 square feet, with space for 108 seats, not including staff and Council.

A chief difference, judging from photos supplied by the city, is the dais has been resituated to face the north doorway into chambers, rather than facing east.

During the project, which began in mid-April, Council has held all its meetings at Colorado Springs Utilities' offices in the Plaza of the Rockies building.