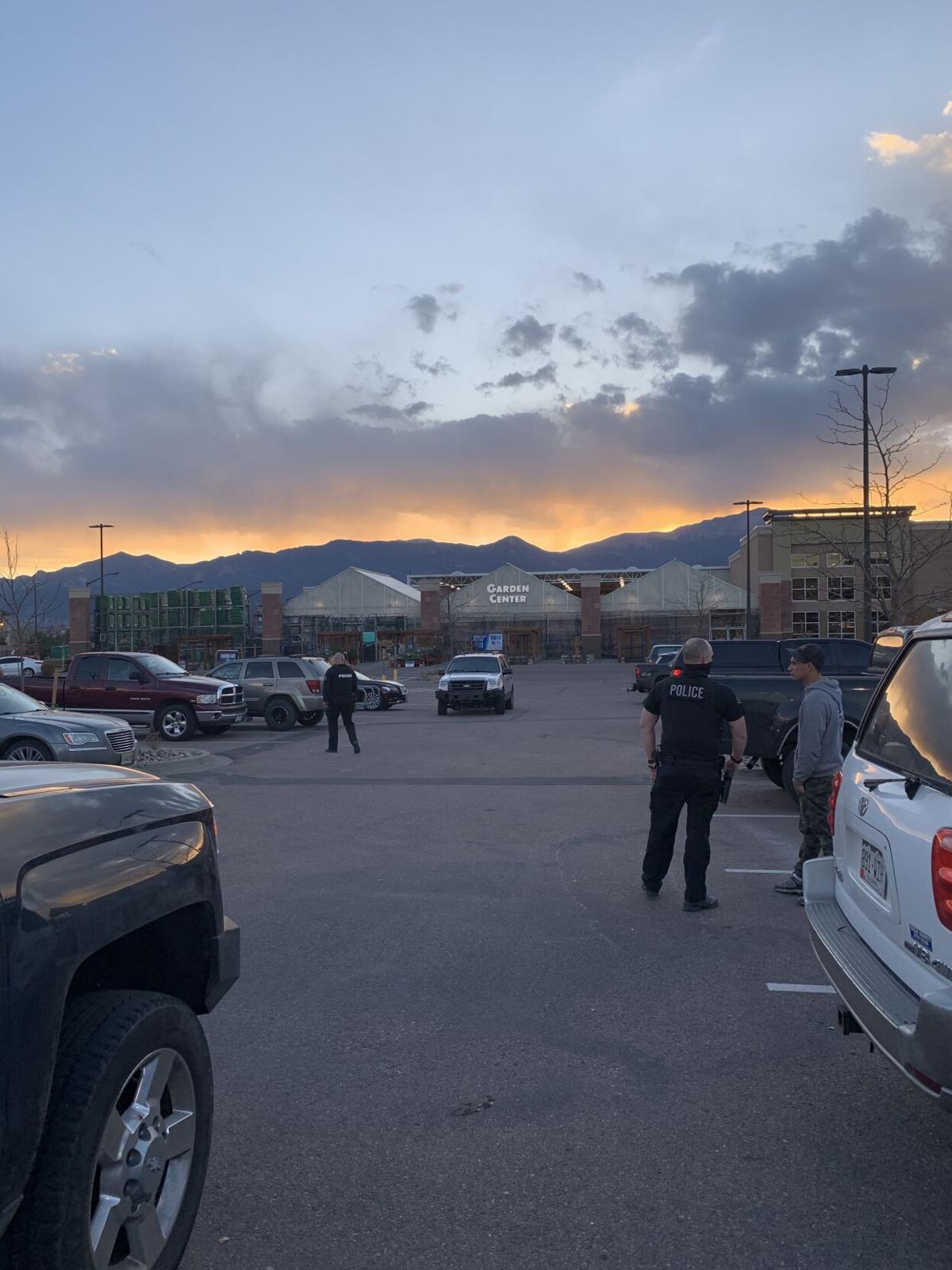 CSPD responded to reports of armed individuals in the parking lot of the Lowes at University Village on Nov. 4. 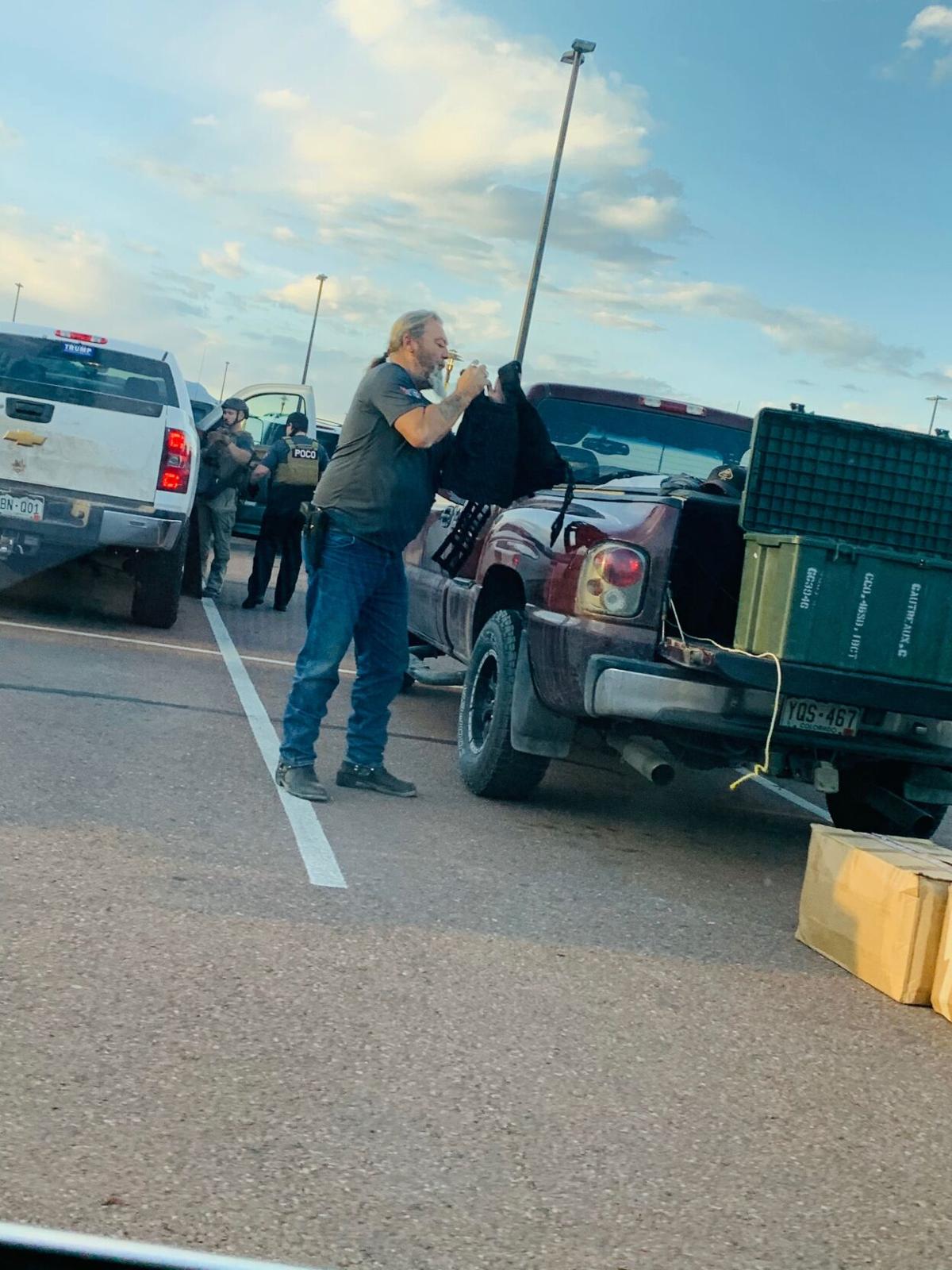 UADF members donning tactical gear and unloading boxes in the parking lot of the Lowes at University Village on Nov. 4.

The Colorado Springs Police Department (CSPD) responded to reports of a group of armed individuals in the parking lot of the Lowe's at University Village on North Nevada Avenue at approximately 5 p.m. Nov. 4. The group was part of United American Defense Force (UADF), vigilantes organized by former Marine and Benghazi survivor John Tiegen as part of the conservative activist group, FEC United. According to Sgt. Troy Bauer — one of the responding officers — no laws were broken and no arrests or citations were made. However, the incident highlights growing tensions and anxieties in the wake of the election.

Leah Valentine, a Lowe's customer, contacted the Indy when she saw armed men donning tactical gear in the parking lot. “When I was going in I noticed several trucks and people in bullet-proof vests, unloading olive-green boxes. I asked the person in the garden center, ‘Hey, do you know what’s going on there?’ and he seemed to know nothing, and then I noticed some other people asking about it. I came back out and it seemed like there were more of them, at 4:30 [p.m.]. I would say at least 15 trucks.”

When the Indy arrived at the Lowe's the UADF members had left, but CSPD officers were still on-scene. Sgt. Bauer confirmed that the group referred to themselves as “UADF” and he said they claimed they were “patrolling.” UADF’s website claims, “under the umbrella of FEC United, [UADF] is organizing citizens across the nation as a humanitarian force ready to provide support for natural and man-made disasters. The UADF will also stand as a first line of defense against domestic terrorists and during states of emergency.” The website also claims, without substantiation, “Police departments around the country are being defunded and disbanded. Officers are being disarmed and deprived of ability to use force. Without adequate police protection, urban and suburban centers are left exposed to anarchists and are left vulnerable to attack and seizure.”

During appearances on Conservative Daily, a podcast owned by FEC United founder Joe Oltmann, Tiegen has claimed violence by antifa and Black Lives Matter as a way to appeal to potential UADF members, who have to pay a $50 application fee and $10 monthly to be a part of the organization. “We’re not a militia,” said Tiegen during the Aug. 12 episode of Conservative Daily, “but being a part of FEC United, we have a politics and policy part of it, we’re protecting and defending all that encompasses that. All of that needs to be protected because right now all of that is being destroyed.”

Tiegen claimed that UADF is needed to protect communities. “It’s so the community can get organized and push back, fight back, and protect our communities, and protect our neighborhoods,” he said. “They’re coming into our neighborhoods now with guns. … When we step up to them, I guarantee, they might not back down the first time, but they will the other times we come in their face, because we’re not cops. We’re regular American citizens.”

Sgt. Bauer claimed that he was unaware of any “antifa threat” in Colorado Springs on Nov. 4, which is similar to statements issued by CSPD in June, when Tiegen and a group of armed men set up a sniper position on a downtown parking garage during a speech by University of Colorado at Colorado Springs professor Stephany Rose Spaulding. The presence of armed paramilitary groups during protests has led to a number of conflicts along the Front Range this summer. On Oct. 10, at the end of a Patriot Muster event organized by UADF and FEC United, Lee Keltner was killed by Matthew Dollof, an unlicensed security guard provided to 9News by Pinkerton.

Tiegen and UADF members were spotted the evening of Nov. 4 in Denver. Approximately 100 protesters took to the streets and clashed with Denver Police, who used tear gas and other crowd control munitions. Police made eight arrests. Though UADF was present in Denver, as evidenced by a group photo posted on Tiegen’s Twitter account, they did not directly engage with the protests or the protesters, according to a spokesperson from the Colorado People’s Press, an independent media outlet that was present. UADF did not respond to a request for comment.