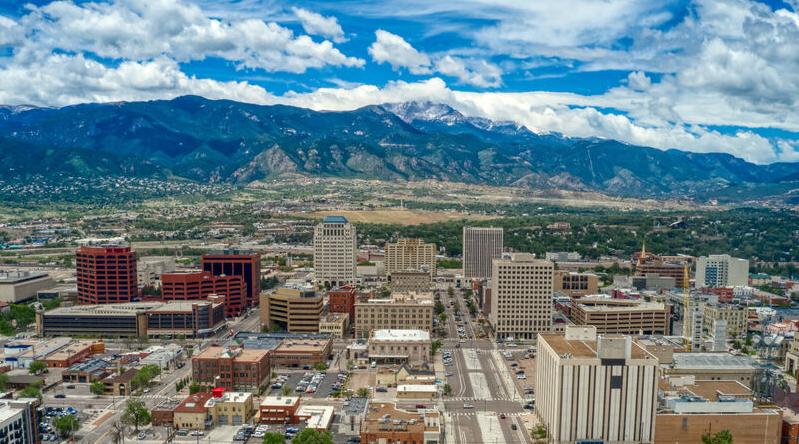 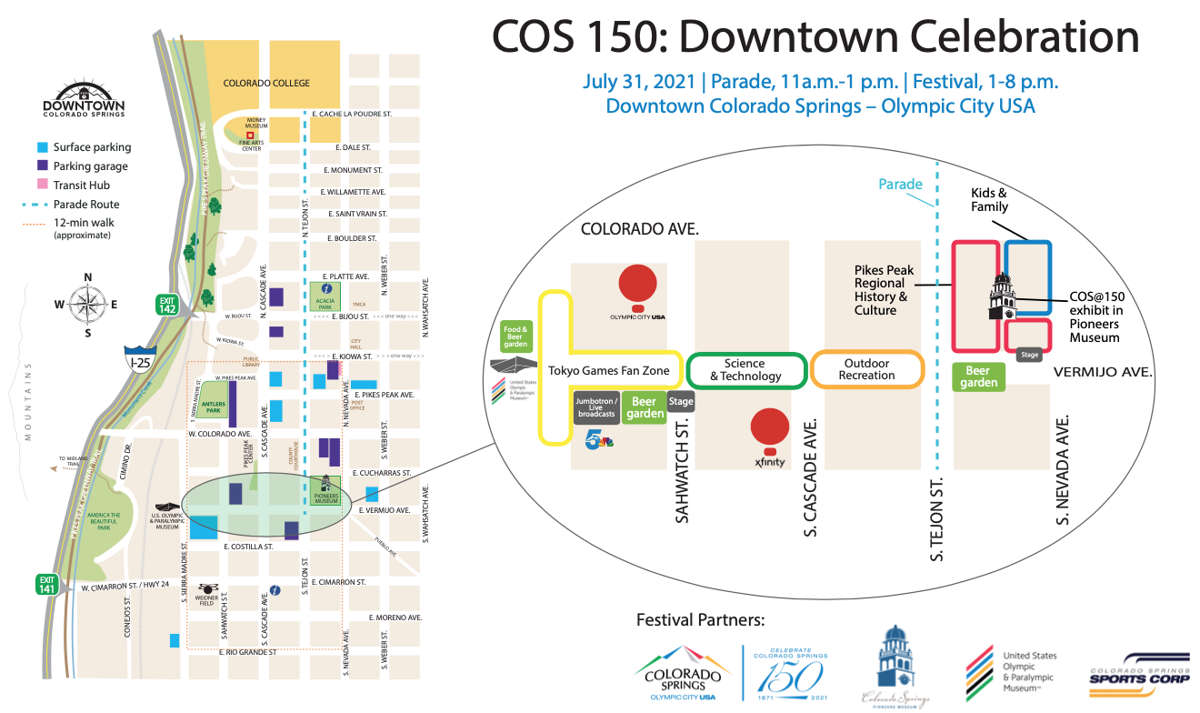 The city says in a release the Downtown bash is being staged in partnership with the Colorado Springs Pioneers Museum, Colorado Springs Sports Corporation and U.S. Olympic & Paralympic Museum and Hall of Fame.

An 11 a.m. parade kicks off the day's events, running down Tejon Street from Cache la Poudre Street to Vermijo Street and featuring more than 50 entries.

Theme is "parade through time” in which entries represent key moments in Colorado Springs history. (As the city notes, it's the first Downtown parade here since 2019 due to previous COVID-19 restrictions.)

After the parade, an all-day street festival will be staged on the city's revamped Vermijo extending four blocks from Pioneers Museum to the Olympic Museum.

There, visitors will find more than 60 booths and activities that honor the city’s past and celebrate its future. Grab a bite at one of the 24 food trucks and beer gardens and enjoy 16 hours of programming at two stages, featuring live music from popular local bands like Martini Shot.

The festival will be arranged in zones. Running from east to west, they are Kids and Family, Pikes Peak Regional Culture and History, Outdoor Recreation, Science and Technology and the Tokyo Games Fan Zone.

Residents are invited to:

Olympic and Paralympic athletes will be on hand, including Jackie Joyner Kersee, Bonnie Blair and McKenna Geer, for panel discussions and autograph signings.

The Olympic Games will be live-streamed on a 50-foot outdoor screen, and "high-flying sport demonstrations" also will be offered, the city promises.

The city is seeking volunteers, vendors and additional parade entries, though spots are filling fast. Check out more here.

Meantime, 50 historic images alongside modern photos of the same subjects opened at Library 21c, 1175 Chapel Hills Drive, on July 8, as part of the city's sesquicentennial celebration. Local photographer Mike Pach has recreated historic images from the Colorado Springs Pioneers Museum, Pikes Peak Library District and other archives to reveal both the city’s rich history and progress.