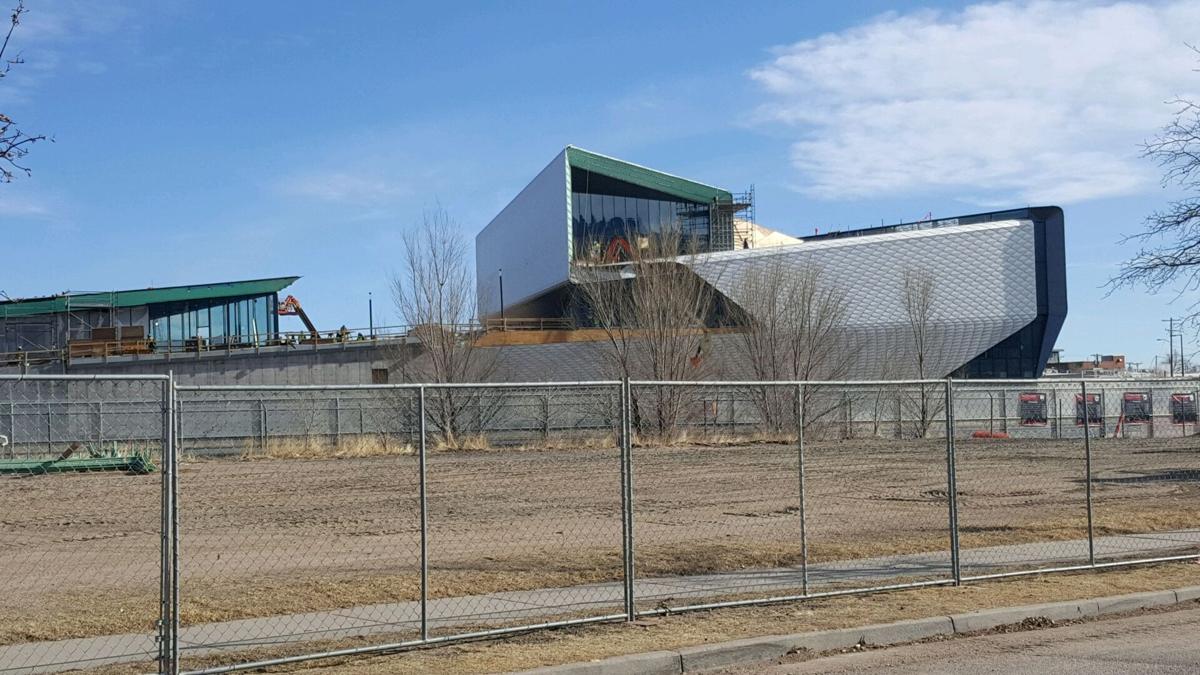 The Olympic & Paralympic Museum will get $3.5 million in American Rescue Plan Act dollars from the city. 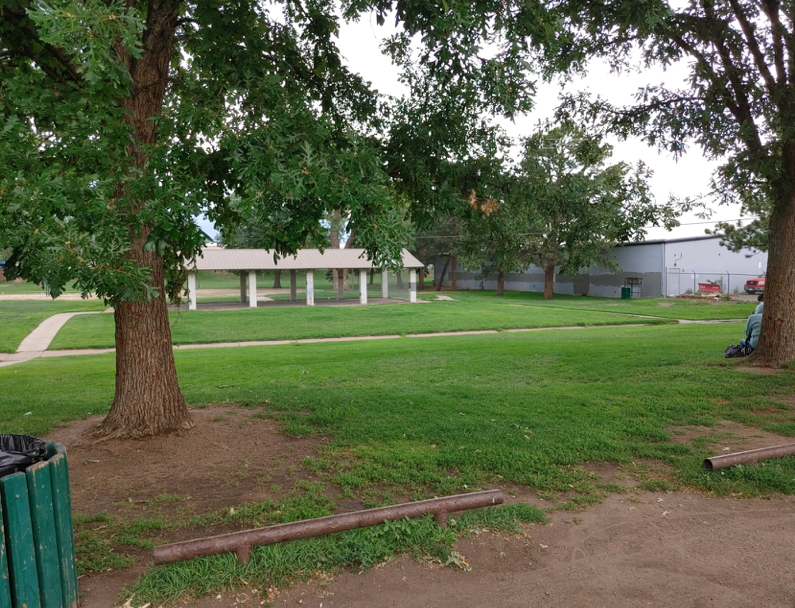 A portion of Dorchester Park could be used for housing, as the city looks for ways to ease the affordable housing crisis.

The city of Colorado Springs has already promised $3.5 million from the American Rescue Plan Act (ARPA) to the Olympic & Paralympic Museum and Hall of Fame, officials told City Council on July 12.

While giving a rundown of proposed spending from the city's $76 million allotment, officials acknowledged under questioning from Councilor Bill Murray that more than a third of the $9 million identified for "business development/economic recovery" was committed to the museum.

A majority of Councilors expressed support for Mayor John Suthers plan to distribute the money, which also contains other potentially controversial projects. Among those is conversion of parkland into low-income housing and an overhaul of the irrigation systems at the city's two golf courses.

The plan also includes $1.2 million to upgrade the Westside Community Center, the subject of the city's recent failed attempt to find a new operator.

"The intent was to help all sectors of the community impacted by the COVID pandemic economic crisis," Chief Financial Officer Charae McDaniel told Council.

"In addition to affordable housing, there are other sectors that … need help recovering," she said. "The idea behind this plan is to spread around that funding to help many segments of the community instead of targeting one or two."

The museum apparently is in dire straits, after opening a year ago amid the COVID-19 pandemic, which impeded generating attendance numbers upon which the facility's financials were based. In its application in 2013 for state sales tax rebates under the Regional Tourism Act (RTA), the city pegged annual visitors at 350,000, a prediction some disputed as too optimistic, including a third-party consultant hired by the state to analyze the city's application.

The city's $120.5 million RTA allocation over 30 years included partial funding for the museum, a Downtown stadium, an Air Force Academy visitors center and a sports medicine complex at UCCS. All have opened, except the visitors center and a fifth venue, the Robson Arena hockey facility at Colorado College. Collectively, the projects are dubbed City for Champions.

The July 12 briefing to Council followed an initial, less detailed report provided in June about how Suthers wants to spend the city's share of ARPA, the $1.9 trillion relief package adopted by Congress earlier this year.

McDaniel said the city aims to adhere to the federal government's intent to provide stimulus money to help localities recover from the pandemic, choose projects that would benefit the entire community, provide economic recovery and development in all sectors that need it, and focus on projects for which there is no other funding source.

Not much was said about the museum until the end of the discussion when Murray asked if the museum's request had been granted.

"Yes, it's been executed," McDaniel said.

When Murray asked if the agreement includes authority to audit the museum's finances, McDaniel said, "Yes."

She had earlier stressed the "rigors" required of accepting and spending federal dollars. "There are strict guidelines the city has to comply with and anyone we provide funding for has to comply with the same requirements," she said.

The city has to report both annually and quarterly, she said. "So it's not free money. It’s pretty stringent. We get reports from the agencies we grant money to. This money can get audited by [the U.S.] Treasury, and city or Treasury can audit any agency that gets funds. The city has to do risk assessment for potential for noncompliance. We have an agreement, have monitoring visits, ongoing sub-recipient performance and financial reporting from them. We rely heavily on those sub-recipients for compliance."

But nothing more was said about the museum's allocation, the basis for it, details of the audit authority the city will impose or how the money will be used.

The Indy's voicemails and emails to the museum seeking comment have yet to be returned.

The city also plans to spend $2.5 million for capital improvements to City Auditorium, though a newly formed local nonprofit, the Community Cultural Collective, has proposed acquiring the facility and overhauling it as an arts and performance venue.

A chief focus of the meeting outlined the city's prior commitments to advance affordable housing in a city that needs more than 10,000 affordable living units and where the average price of homes recently topped $400,000. Housing costs were among criteria the Air Force used to decide to relocate Space Command from its temporary quarters in Colorado Springs to Huntsville, Alabama, where homes can cost at least a third less than here.

In response to some Councilors expressing a desire to channel some of the ARPA money to affordable housing, the city's community development division manager Steve Posey noted in the last three years, the city has funneled $111 million to housing, or 87 percent of $127.6 million received by the city from various sources. Those include federal housing funds, community development dollars, COVID-19 related relief dollars and private activity bonds (tax-exempt debt issued for a private purpose without the government agency assuming responsibility). The biggest share of that was from private activity bonds, at $76 million.

When Council asked for the results of that spending, Posey said all of those funds helped 47,842 people last year with housing within Colorado Springs.

Moreover, he said, "Colorado Springs is outperforming the rest of the state in production of new affordable housing. Our production has increased by 65 percent over the last five years. In the rest of state, it's 30 percent." Projects currently in the pipeline by private developers and nonprofits total more than 1,000 units, he said.

Posey also revealed another housing project the city could have a hand in developing.

"This is a project in close collaboration with the Parks Department," he said. "We have been looking very closely at exploring redevelopment of the north half of Dorchester Park."

Located in the 1100 block of South Nevada Avenue, the park has been a trouble spot for years, drawing homeless people and frequently littered with trash and drug paraphernalia.

The city and others also have discussed creating a respite facility immediately south of that clinic, he said, noting the desire for "a long term plan for building and developing additional shelter capacity and permanent supportive housing."

That project, he said, would likely received $1 million from the city's federal Community Development Block Grant allocation, and might qualify for some of the ARPA money.

Noting Springs Rescue Mission a block west of the Dorchester block, Posey said, "There has been a general agreement this is a good location to move forward with a bold transformational vision for addressing homelessness and housing in our community."

Kent Obee, long-time parks supporter who campaigned for the successful November 2020 ballot measure that requires voter permission to dispose of parkland, says the list of parks to be protected by the measure does not include Dorchester. The park was given to the city in 1892 by Joseph and Mark Dorr, and Obee says the city is working with their descendants to secure the northern portion of the block for a purpose other than parkland.

To encourage economic development, the city plans to pump $8.3 million into stormwater systems along North Nevada Avenue to make the area more attractive to developers, who then wouldn't have to bear that cost.

Lastly, Council learned that of the $1.8 million set aside for three community centers — Meadows Park, Hillside and Westside — $1.375 million would go into Westside. McDaniel said the facility, which comprises several buildings covering a city block, would get a new door system, roof replacement and gutters on all buildings, new HVAC systems, and "stabilization and modification to address safety issues for long-term accessibility for utilities."

The set-aside could make it easier for the city to find an operator, due to a significant reduction in the amount of capital improvements that would be needed.

Councilors named a smattering of pet projects they'd like to see funded with the ARPA money, including restoration of a World War I and World War II monument in Memorial Park, a construction trades school run by the Housing and Building Association of Colorado Springs, Panorama Park security cameras, Crisis Response Teams for the Fire Department and Police Department, and help for the Humane Society of the Pikes Peak Region clinic expansion.