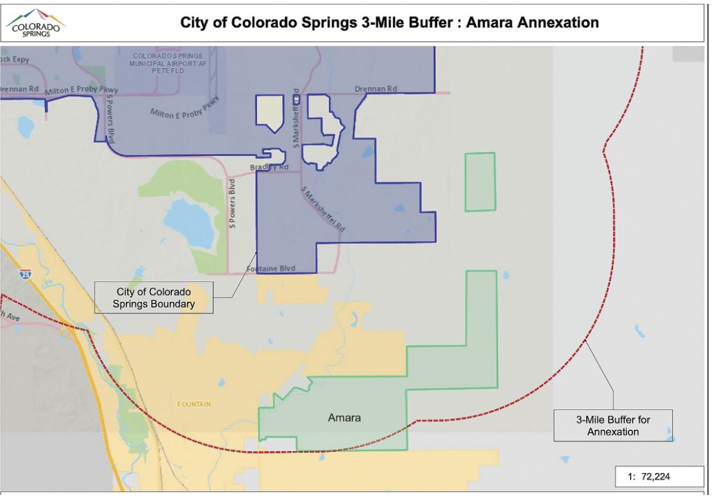 Amara, shown in green, lies a fair distance from the city limits of Colorado Springs. 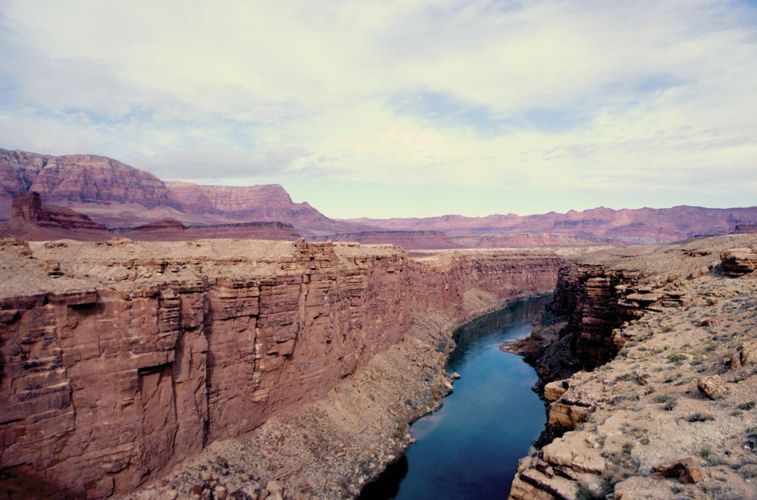 The Colorado River is just about tapped out. 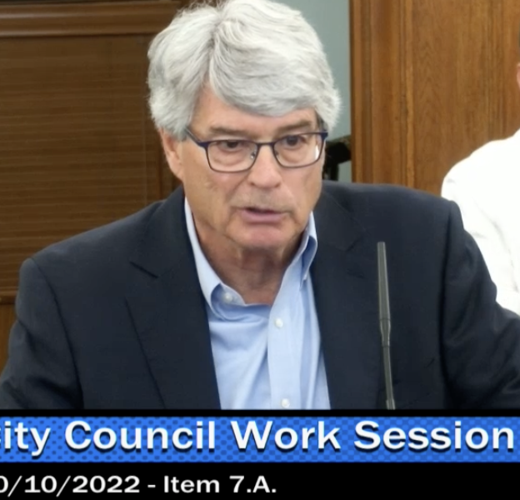 A last-minute ordinance that would block flagpole annexations in Colorado Springs got another airing on Wednesday, Nov. 16, at the Utilities Board meeting, revealing a standoff among developers — those who control land within the city limits and those who want to develop property outside the city.

The Utilities Board is comprised of City Council members.

The ordinance, pitched last month two days after La Plata Communities proposed annexing 3,200 acres bordered on three sides by the city of Fountain, would require Colorado Springs to have secured water rights for 130 percent of its existing expected demand for water in order to annex additional land.

Amara would need 3,500 acre feet of water per year at buildout, which could take 25 to 30 years. Utilities officials said on Oct. 10 during a briefing on the annexation request that the city has sufficient water rights to supply it. Currently, the city owns roughly 95,000 acre feet of water, depending on which formula is applied, and uses about 73,000 acre feet per year.

The ordinance also would require annexed property to have 25 percent of its borders contiguous to the existing city limits, essentially disqualifying flagpole annexations, which are those that connect to the city via a long and narrow parcel. Amara sits roughly 2 miles from the city in one location, while being only a half mile or three-quarters of a mile away in other spots.

Lastly, the ordinance would require a super majority — six of nine councilors — to approve extending the city’s water service boundary.

After La Plata sought annexation, Utilities reversed course and proposed a more stringent set of criteria for extending water service, with Norwood Development Group urging the city to circle the wagons against such annexations.

Norwood owns most of the 20,000-acre Banning Lewis Ranch on the city's east side. Annexed in 1988, nothing happened due to city requirements that developers pay for roads, utilities extensions and other infrastructure that developers complained cost too much. In 2018, the city relaxed those requirements to encourage development, but much of the property remains undeveloped.

La Plata officials accused Norwood of pushing an agenda that would protect its monopoly on new development, noting there are no more large swaths of undeveloped land in the city to develop.

On Wednesday, the Utilities Board revisited the issue, and La Plata proposed that land be annexed without imposing water requirements until the development plan stage. That would allow hundreds of homes to be built in phases without having up front all the water needed for Amara's entire 3,200 acres.

City officials said they would study the idea, but the debate triggered more vitriol.

Some comments from the meeting:

Utilities Board member Dave Donelson: "In annexations where buildout would increase water [demand] by 3,000 acre feet, we’re going to block it from even getting started [if the proposed ordinance is adopted], though the use wouldn’t occur until 10, 15, 20 years down the road. To me, that's perhaps short sighted."

Utilities Board member Bill Murray: "What I want is a standard for everybody. If 130 percent is what we need to help the city out and make sure everyone is taken care of over the long term, I don’t care where the water is given to. The fact is, here’s the number. To tie it into annexation is a strange way to look at the bigger picture of things."

Kevin Walker, volunteer spokesperson for the Colorado Springs Housing & Building Association: "We have been working diligently for the last three or four weeks as this emerged as a question. We have talked to a lot of our members, and there has been some heat. We are looking at this with our members as much as we can. Our mission is to work to make housing affordable as well as build a great community. Those two things obviously come into play when we talk about water and annexation. We do pay a lot of fees. A lot of projects have been funded and financed by water taps [fees]. We just accepted a 30 to 40 percent increase in those fees.... We recognize the need for something to go forward here."

La Plata COO Mike Ruebenson: "It [130 percent figure] is now the number that is trying to be justified rather than having a number that was properly vetted before it was proposed. It should be based on benchmarking and demand and acquisitions, rather than a number injected to sterilize properties from being annexed." He also said Amara is a master-planned development, meaning it's designed to have homes, retail, commercial and industrial property in a cohesive layout. He alleged that the proposed water rule would disqualify master-planned areas and the city would only see annexation requests from contiguous subdivisions. This is a problem, he said, because utility pipes would be extended to a small area and sized for that small area, whereas in master-planned developments, pipes are oversized at the start to satisfy an entire development that unfolds over time.

La Plata President and CEO Doug Quimby: "When you do a development plan, you do a plat and that legally subdivides the property. You know it [development] is imminent and will happen soon, so you’d know how much water would be used, and whether it meets the [130 percent] test. You’d know it in real time instead of guessing what would happen decades in the future. It eliminates the concern over a monopoly in the city where only one developer has all the land. There is a perception in the community that’s what’s driving this ordinance. Get rid of all this nonsense that’s causing all this friction in the community."

Mayor's Chief of Staff Jeff Greene: "At least they’re [La Plata] coming to the table with some solutions. Based on what La Plata has outlined, it will require some analysis by planning and utility staff and the city attorney’s office to evaluate whether we could entertain such an option."

Bill Murray: "We can’t explain where the 130 came from. It’ s totally arbitrary. It came out of nowhere. It could be 120 as easily as 130. I’m fearful that 130 was done as a deliberate maneuver. All you’re going to see is little developments patched up against the contiguous layers of Colorado Springs. Water has suddenly become a weapon among developers."

Tim Seibert, Norwood senior vice president: "The discussion about availability of water with annexations is not solely about Amara. This City Council has accepted three petitions for annexation: Amara; Flying Horse East, 4,500 acres that would surround Schriever [Space Force Base] on north and east sides; Norris annexation, on Bradley Road further east than Amara, 1,800 acres. And Kane Ranch might want to deannex from Fountain and annex into Colorado Springs. The question becomes how water plays into the goals of how the city grows;  how you look at that resource and how it gets extended to far-reaching areas, how it affects the city to grow close or remotely.

"There are implications for wastewater. It's a conversation of how we choose to use resources and develop adjacent areas and inside the city. Using a development plan methodology, I have a development plan approved today for 350 lots at Drennan Road and Marksheffel Road. It was administratively approved.... In order to get one house on a lot we [pay] the lion’s share of a 24-inch line to get water to one house. That line will serve 10,000 homes. There's an investment to be made in that water line. If for the next development stage, I have to test water availability, and the answer is 'no,' how is that a good use of  resources for the development community and CSU and the city?"

Ira Joseph, the city's comprehensive planning manager from 1995 to 2007, shared his thoughts via email with City Council about the annexation debate.

In the email, obtained by the Indy, he calls the proposed water ordinance "a good initial approach to the issue of growth and delivery of city services," and then listed these specific points:

"1. Annexation has NEVER been a guarantee of water service. Colorado Springs historically has utilized a policy that provision of water reflects a "first come, first served" approach. Water supply is not "banked" for future customers.

"2. Flagpole annexations are examples of poor management of growth. They create enclaves or leapfrog development, and they seriously reduce the city's ability to efficiently and cost-effectively provide urban services and facilities. Though permitted under state law, the city is better served by requiring annexations to demonstrate 1/6 contiguity without the use of public rights-of-way to provide contiguity.

"4. The City should complement CSU's ordinance with one that addresses landscaping requirements for a drought environment, and offers incentives for homeowners and businesses to reduce outdoor water consumption.

"5. Given environmental constraints in Colorado and the southwest in general, I believe the city should require super-majorities for future annexations at both Planning Commission and City Council levels."

Several sources close to the discussion over the water ordinance say Norwood plans to mount a ballot measure at the April 2023 city election that would bar flagpole annexations and/or limit the use of city water outside the city limits.

Norwood has not responded to a request for comment.

(Norwood's owner, David Jenkins, funded a city Charter change ballot measure in 2010 in which voters approved the change from a Council-City Manager form of government to Council-Strong Mayor form.)

City Council will revisit the water ordinance in coming weeks.

This debate is taking place before the two-pronged backdrop of a severe affordable housing shortage, and the drought-stressed Colorado River, which provides 70 percent of the city's water and sits at historic lows.

That's led about 30 water providers in six states to work together to find ways to curtail usage that will help protect the Colorado River system. Several have signed on to a Memo of Understanding submitted to the Bureau of Reclamation that, according to a news release, calls for a commitment to these conservation and other actions:

• Expanding water efficiency programs for indoor and outdoor water use.

• Implementing water efficiency strategies and best practices, such as water loss controls, conservation-based rate structures, industrial and commercial conservation, land use coordination and other suitable conservation strategies within each community.

Colorado Springs Utilities spokesperson Jennifer Jordan says via email the city signed the cover letter but not the MOU itself, because, "we must follow the processes in place for our organization to ensure alignment between the five actionable steps in the MOU and our programs and budget before we can do that."

For example, take the 30 percent reduction in non-functional, decorative grass.

"There is not anything currently pending before our board or City Council that sets a specific, quantifiable non-functional turf reduction target," Jordan says, noting the city proposes a 25 percent limit on turf for new development as part of RetoolCOS, the city's revamp of development rules, which is not yet adopted.

She notes Utilities officials expect "future conversations" with the Utilities Board "may help us identify if and how turf reduction targets are appropriate for our community" and how those could help achieve conservation goals of the city's short- and long-term water plans.

Jordan further notes the city has achieved significant reduction in per capita use over the last several decades. Since 2001, per capita usage has gone down by 41 percent. (It's worth noting that dramatic reductions were seen when water restrictions that included tiered rates were imposed in 2013 due to drought and other factors, which Utilities acknowledges "changed customer usage patterns.")