Colorado Springs Utilities has launched a project that officials claim will give all residents an opportunity to access gig-speed internet and position the city as America’s biggest so-called “gig city” with total coverage.

The city leapt into the project through questionable procurement practices, including increasing a $244,940 consulting contract with The Broadband Group (TBG) of Las Vegas to $73.5 million in less than a year — with scant competitive bidding.

Through interviews and records obtained through the Colorado Open Records Act, the Indy found:

• TBG got the contract without Utilities following a formal selection process and adherence to other procedures. It then not only conducted the feasibility study, but also is helping develop the project, a practice business experts frown upon.

• The entire project, which includes building a fiber network to serve Utilities’ own needs, with excess fiber capacity to lease to internet service providers (ISPs), has been shrouded in secrecy.

• Utilities staff never briefed the Utilities Board, comprised of City Council members, about financial details of the project in an open public meeting, and now Utilities refuses to disclose the data it relied on to push forward.

• Utilities also refuses to release key details, including the dollar amount, of a 25-year lease with its chosen “anchor tenant” ISP, Ting Fiber Inc., given first crack at the excess fiber capacity. That means ratepayers can’t know for sure if the fiber project makes sense practically or fiscally. The deal also raises questions regarding an April 2017 ballot measure preventing the city from selling or leasing substantial parts of Utilities property without a vote of the people.

• While Utilities officials contend that revenue from selling fiber network leases to ISPs will “significantly offset” the cost of the project, others say its design will preclude all but the anchor tenant, Ting, from participating. The model also does not guarantee Ting will provide services to all parts of the city.

• Similar projects conceived by TBG for other municipal utilities did bear positive results for utility service delivery, but their costs exceeded original estimates and haven’t yielded a competitive environment for ISPs. These “successful” projects, though, are Utilities’ basis for its chosen model.

Utilities CEO Aram Benyamin refused an interview, and in written responses to questions didn’t comment on why time was a significant factor in quickly expanding TBG’s contract.

Utilities officials say the project’s lack of transparency protects ratepayers from risks of disclosing key information that could be exploited by competitors.

Now, as Utilities works to get fiber in the ground, two fiber-based internet companies have moved in to compete head-to-head for customers on their own networks and on their own dime. 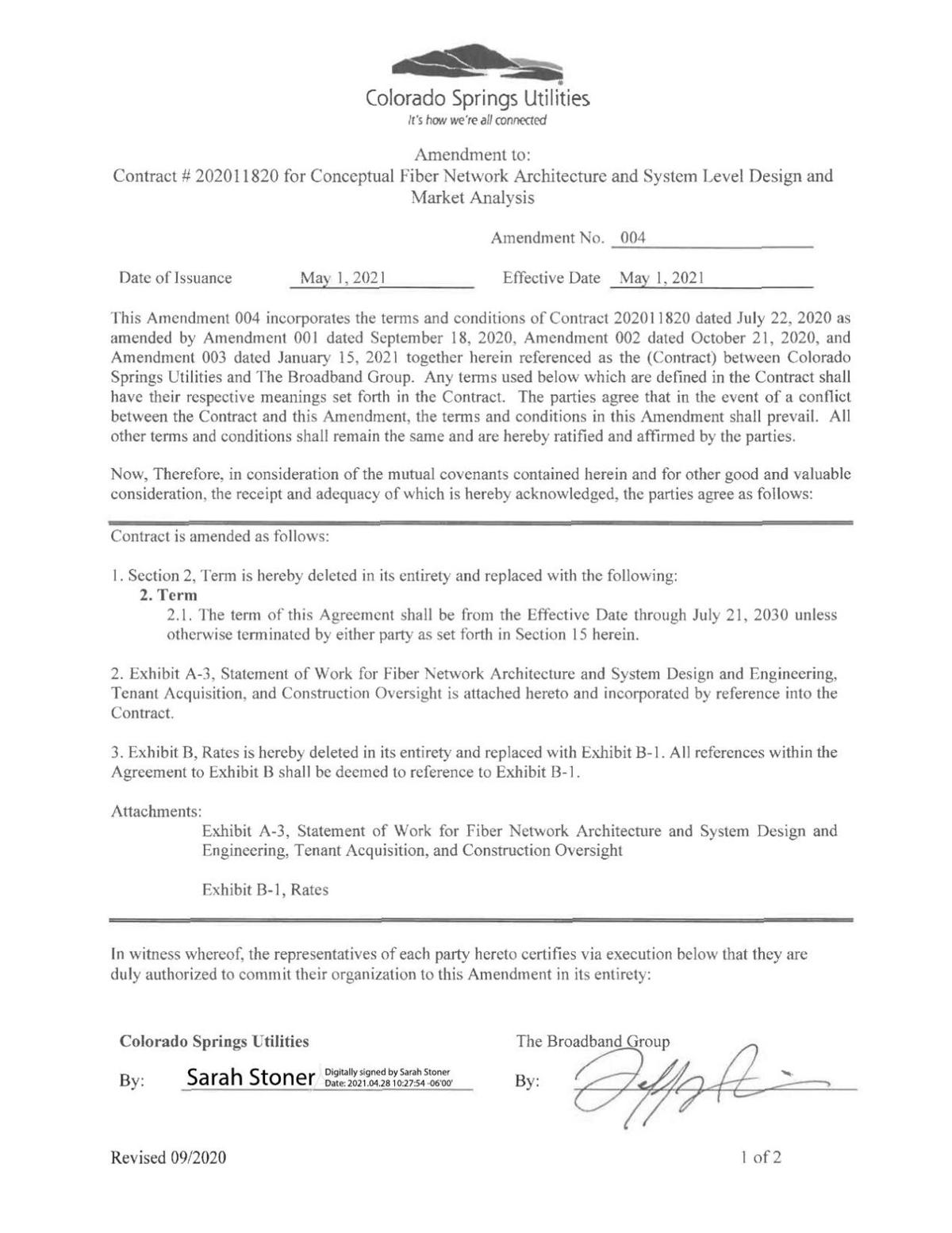 Utilities promised a competitive internet environment; that’s not what happened in other cities using this model

Colorado Springs Utilities paints its fiber broadband buildout as a win-win for ratepayers, …

Was a public vote required on CSU’s fiber project deal?

In July 2020, Colorado Springs Utilities hired a consultant to do a feasibility study for bu…

Opinion: Pig in a poke