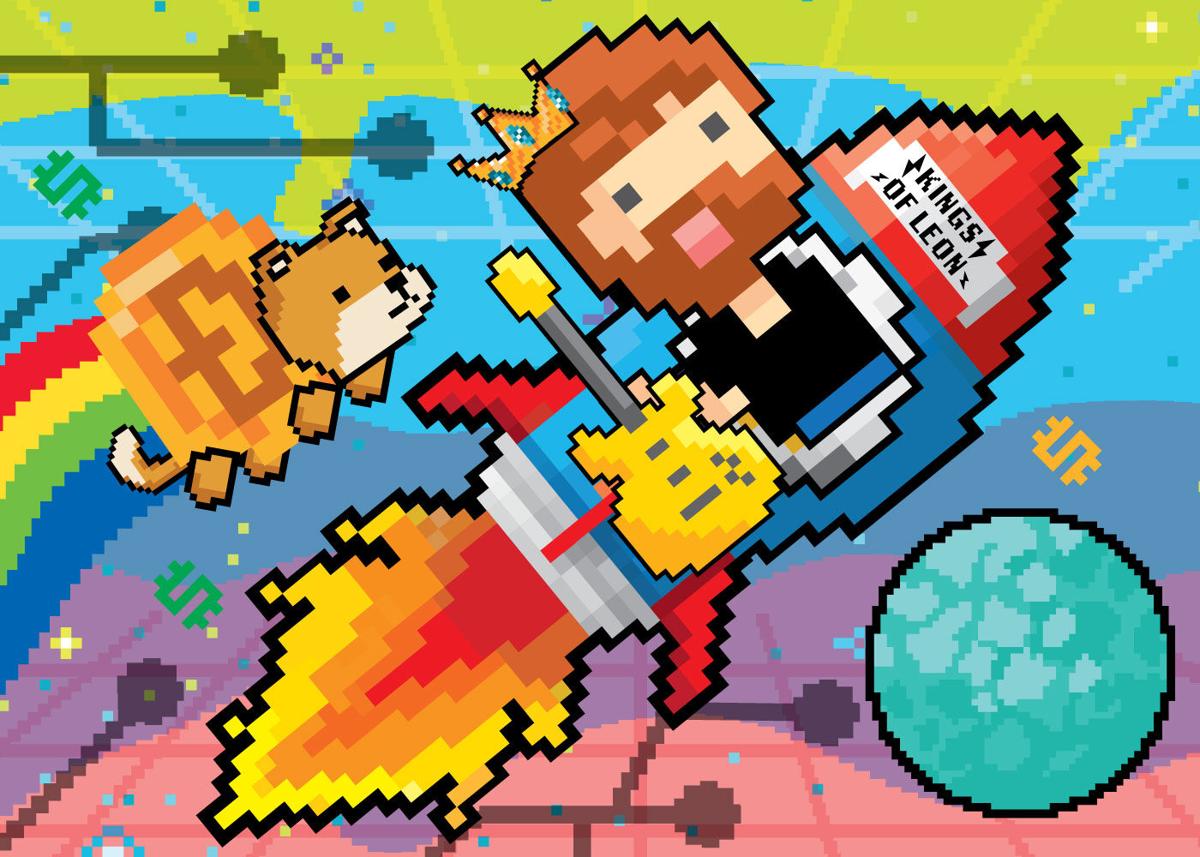 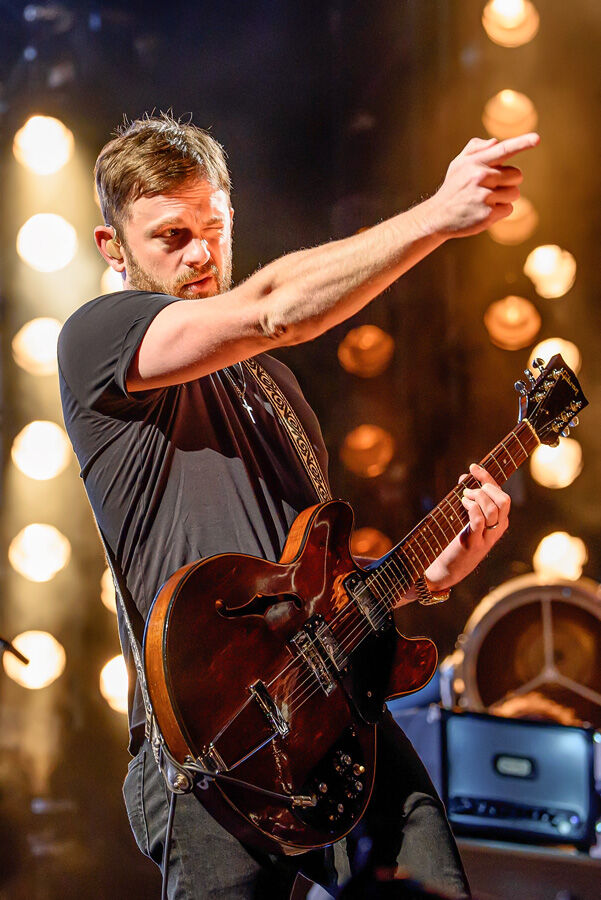 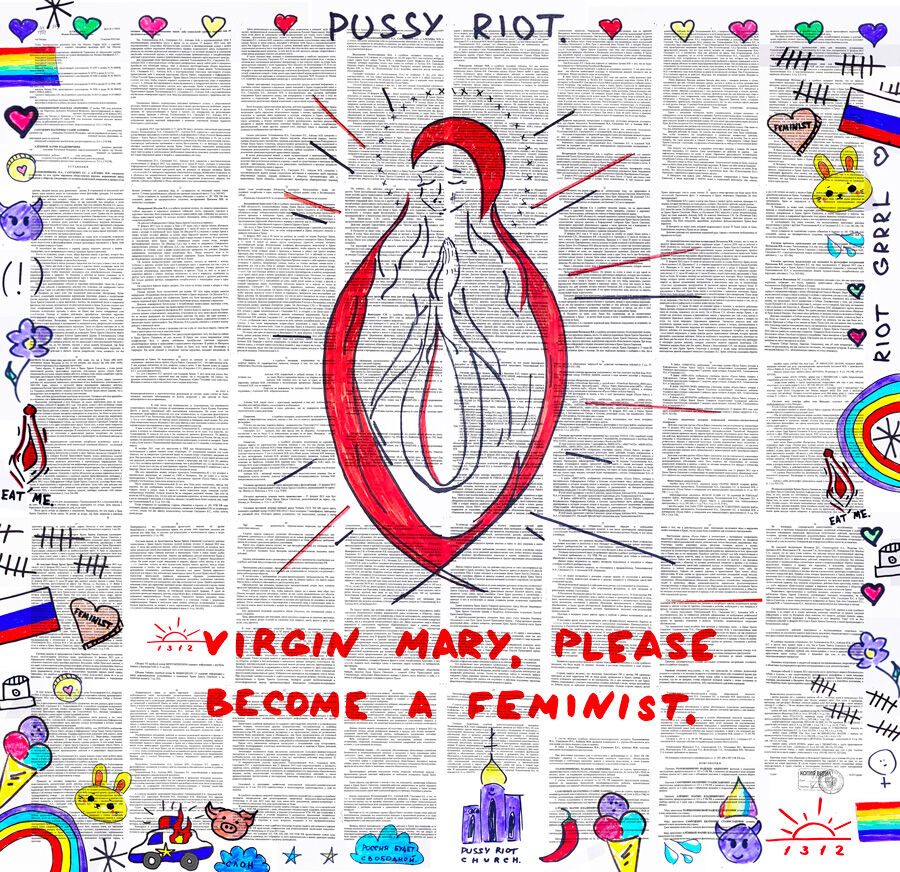 When our Founding Fathers drafted the Constitution, they could scarcely have foreseen the arrival of household assault weapons, Senate filibusters or, in all likelihood, Kings of Leon sending a cryptographic video into space and then auctioning off the iPhone it was played on.

But all of these things have come to pass, the most recent being the Southern rock band teaming up with Elon Musk to shoot a non-fungible token of their self-esteem into the stratosphere.

To the credit of all involved, the money raised from last month’s launch of SpaceX’s Inspiration4 was donated to St. Jude Children’s Research Hospital. It also earned tons of publicity for the band — the Billboard magazine headline “Kings of Leon Will Become First Band to Have an NFT Played in Space” was repeated, in various forms, by countless media outlets ­— just as they were reaching the midpoint of their 2021 tour.

This was not Kings of Leon’s maiden voyage into the realm of non-fungible tokens, a form of digitally certified art that’s sold as a part of the cryptocurrency blockchain. Last March, the band rush-released its When You See Yourself album as a collection of digital NFTs, and were hailed by Rolling Stone as the first band to do so.

Actually, that wasn’t true — Devon Welsh’s Belave, a virtually unknown indie band, beat them to the punch with the even-more-rushed release of an album called Does the Bird Fly Over Your Head? But Kings of Leon could at least take consolation in the more than $2 million they raked in, a quarter of which they donated to Live Nation’s Global Relief Fund for Live Music Crews.

One of the biggest debates, when it comes to non-fungible tokens, centers on the question of ownership. While an NFT “original” contains metadata that proves its authenticity, trademarks and copyrights are not part of the transaction. In fact, the same content can be downloaded by pretty much anyone with a functioning internet connection.

So why, you may ask, would anyone buy them? There are a number of potential reasons. You may, for instance, want to show your support for the content creator. You might want to impress people by flashing the contents of your digital wallet. Or you may simply have too much money.

But the most powerful motivation for buying NFTs is the possibility of reaping huge profits by reselling them. Think of it as the virtual equivalent of flipping foreclosed homes, auctioning autographs on eBay, or clearing shelves of toilet paper so that you can jack up the price on Amazon during a pandemic.

The spectacle is as much a part of the work as the banana.

NFTs can also give musicians an opportunity to profit from their work in artistic areas for which they’re less well-known. Grimes, the experimental pop artist who until recently was Elon Musk’s girlfriend, netted $6 million for “WarNymph Collection Vol. 1,” a digital art series that portrays winged babies floating through space.

Space, as it turns out, is a recurring theme in the blockchain art world. Both NASA and the U.S. Space Force have released their own branded NFTs. And then there’s Chris Torres, the creator of Nyan Cat, who pocketed $600,000 earlier this year for an NFT of his Pop-Tart-bodied cat flying through space and leaving a rainbow trail in its wake.

During the first three months of 2021 alone, collectors and venture capitalists reportedly invested more than $2 billion in NFTs. So it’s only natural that these once-obscure objects of desire have earned their fair share of derision.

“Many of the digital collectibles being traded on today’s exchanges are, to be frank, crap,” declared Forbes magazine with uncharacteristic candor back in 2018, a full three years before Nyan Cat made its big leap into the NFT art market. “People are creating things with no real value and attempting to bring value to them through tokenization. Think of the current overabundance of digital art. Unfortunately, the amount of demand is nowhere near the supply.”

Of course, one need only look to fine art galleries to find works that are just as baffling as their cryptographic counterparts, yet have no shortage of buyers.

Consider Italian artist Maurizio Cattelan’s “Comedian,” a work of art that consisted of nothing more than a banana duct-taped to a gallery wall. The piece sold for $120,000, prompting the artist to create a second and third edition, which also netted six-figure sales.

“Whether affixed to the wall of an art fair booth or displayed on the cover of the New York Post, his work forces us to question how value is placed on material goods,” explained gallery owner Emmanuel Perrotin. “The spectacle is as much a part of the work as the banana.”

Cattelan, meanwhile, claimed to have spent a full year laboring over bronze and resin versions of his sculpture before realizing that “the banana is supposed to be a banana.”

No less unusual — but considerably more interesting — was Wu-Tang Clan’s Once Upon a Time in Shaolin, a 2015 album that the hip-hop supergroup released in a limited edition of one and auctioned off for $2 million, with the stipulation that it could not be commercially released until the year 2103.

The winning bidder turned out to be Martin Shkreli, better known as “Pharma Bro,” the former hedge fund manager who infamously acquired the manufacturing license for an HIV drug and upped its price by 4,000 percent.

Shkreli would later brag that he had no plans to actually listen to the album, but simply bought it to “keep it from the people.” Not long afterward, he was indicted for securities fraud and sentenced to seven years in prison. The federal government subsequently seized his assets, including the album, which was sold this past July for an undisclosed amount.

Not surprisingly, Wu-Tang members are venturing into the non-fungible universe both individually and collectively. The group plans to issue a 400-page coffee table book about their legacy in the form of NFTs, while Method Man is releasing a series of comic book NFTs featuring exclusive artwork and unreleased music.

But the most intriguing offering at the moment may be a freshly minted NFT by Pussy Riot, the Russian feminist band whose agitprop image might seem inconsistent with such entrepreneurial enterprises.

Last week, the group issued “Virgin Mary, Please Become A Feminist,” an NFT that combines hand-drawn images by co-founder Nadya Tolokonnikova with a digitized original copy of her two-year prison sentence for staging an anti-Putin protest in a Moscow cathedral.

The new NFT is a follow-up to a series of tokens from the band’s Panic Attack video, the first of which sold for $187,000, which the group donated to a shelter for victims of domestic violence in Russia.

As Tolokonnikova put it at the time, “I’m always looking for ways to support our activist art without being involved in institutions. NFTs are good because they claim that digital art is art, and they actually show that there is value in something that no one can touch.”

As 2021 enters its final quarter, an increasing number of artists view NFTs as a more viable medium than YouTube, Facebook and Spotify combined. How long that will continue — for Pussy Riot, Kings of Leon or even Nyan Cat — remains to be seen.