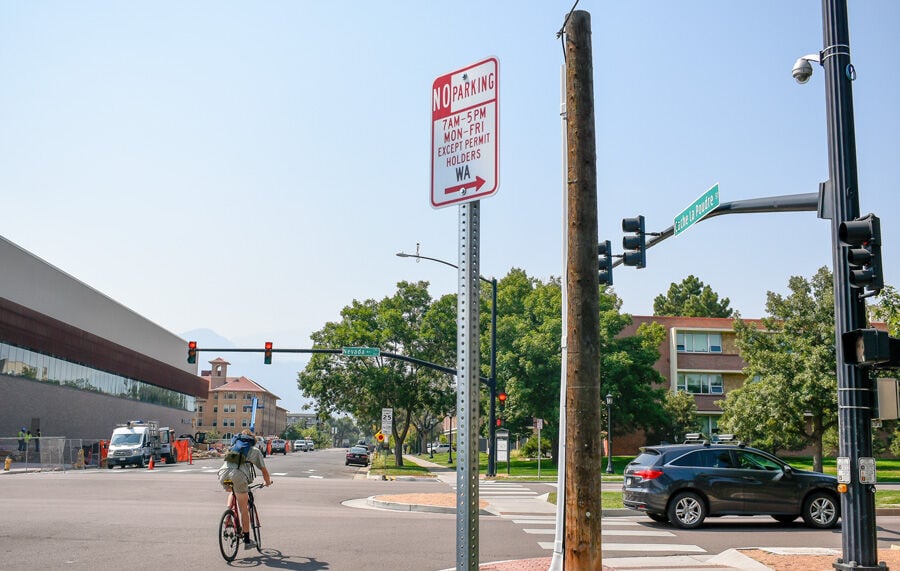 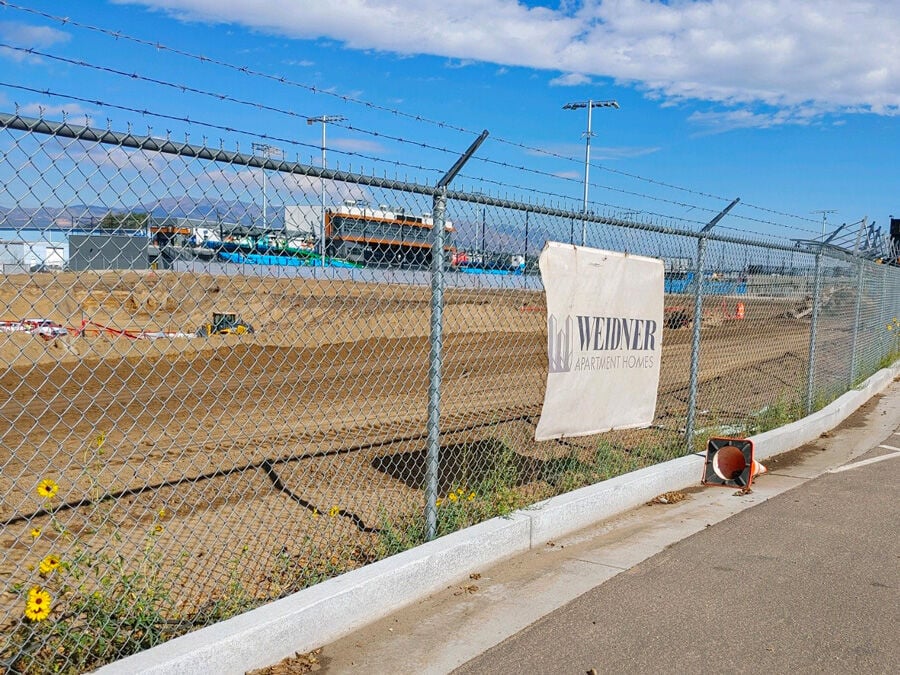 But residents say it’s not working. Enforcement on city streets outside the area where CC holds permitting authority falls largely to the Colorado Springs Police Department (CSPD), and police are simply too busy with higher-priority calls.

“The only thing that’s going to drive behavior is code enforcement,” says a resident named Allen, who lives a block and a half east of the college and didn’t want to give his last name for fear of backlash from the college.

Since cops are busy with other calls, he says, vehicles in violation aren’t ticketed, much less towed.

“Wait until there’s an event,” he says, noting that Robson Arena, the CC ice hockey venue due to open next month, seats 3,400 though the newly built parking garage next door contains only 320 spaces.

The permit program duplicates an effort adopted eight years ago around UCCS, which a city official describes as successful in barring students and others from inundating residential areas.

Reserved for neighborhoods where parking poses “a large quality of life and safety issue,” such as inhibiting mail delivery or emergency response, the permit program could make a third appearance — in southwest Downtown where development is overtaking available parking.

But the success of the CC program appears to boil down to enforcement, and it might be too soon to know how effective those procedures will be.

Neighbors around CC have long complained about cars associated with the college taking up street parking outside their homes.

When CC proposed building Robson Arena on the southwest corner of Cache La Poudre Street and Nevada Avenue, it proposed no additional parking. After neighbors voiced opposition at neighborhood meetings, though, CC vowed to build the garage.

But the garage isn’t apt to handle all the parking needs of the arena, just like past projects where new facilities weren’t accompanied by sufficient parking. For example, Cornerstone Arts Center on the southeast corner of Cache La Poudre and Cascade Avenue was built on a parking lot, but lacks adequate parking to specifically accommodate the building, which includes a theater that seats about 430 people.

Now, CC and the city traffic engineering office have devised a plan to protect parking spaces for neighbors from use by students, faculty and staff.

“They were having the same situations where college kids were parking in the neighborhood,” Roberts says.

Neighborhood meetings encompassed those living from Uintah Street on the north to Boulder Street on the south, and from Wahsatch Avenue on the east to Monument Creek on the west.

Those property owners interested in establishing permit parking had to show, by petition signature, that 75 percent of their block supported the program for permits to be required in those specific blocks, Roberts says.

The result was several areas where residents own permits. However, one home is unlikely to receive more than two permits, because that’s the number of vehicles the front of most homes can accommodate, he says.

Also, CC is a significant property owner in the vicinity, so the college, too, received permits. “There are approximately 200 [on-street] spaces for which CC has received permits,” Catherine Buckley, campus security chief, says via email.

They [CC] don’t have that luxury of overflow parking anymore.

Buckley couldn’t provide an exact number of on-campus parking spaces but notes there are more than 800 permits issued for use by students, staff, faculty and service providers on campus.

For street parking, the college charges $158 per permit, which is the cost to the city to replace a permit should it be lost, damaged or stolen, Buckley says. Once the permit holder separates from the college, the fee is refunded.

Though Buckley couldn’t say how much the college generates in parking fees — which range from $100 to $400 for on-campus spaces — she says the money goes toward parking lot maintenance such as sweeping, striping and repairs. The college also collects fines for violations that range from $10 for parking in a lot for which the driver’s permit doesn’t apply, to $100 for unauthorized parking in an ADA-reserved spot. Repeat offenders pay more for subsequent violations.

The CC permits for street parking apply until 5 p.m. weekdays, so visitors to campus evening and weekend events don’t require permits, she says.

Allen reports the college’s enforcement applies only to on-campus parking spaces, not those on city streets that the college has “acquired” through the permit-parking program in neighborhoods.

But Buckley says that isn’t exactly correct. She says CC enforces the permits in campus lots and on the streets where CC has obtained permits.

Street enforcement is handled by a CSPD officer assigned to CC. That officer also has written a few tickets outside CC’s designated spots in neighborhoods, she says.

She also said the officer has distributed “green warning letters” to vehicles parked around the college, with ticket-writing starting on Sept. 3.

Police Lt. Jim Sokolik tells the Indy, “The zones with designated permit parking are enforced by both CSPD and CC Campus Safety.” Those zones are bounded by Columbia Street, Monument Street, Wahsatch and Wood Avenue, he says.

Allen is frustrated because, he says, it’s not rational to expect CSPD to respond to every call for a parking violator. “How many police would it take?” he says.

Besides, he says, he realizes the city is short-handed — the police department is short 100 officers. Even partying college kids making noise, drinking and shooting off fireworks doesn’t usually draw a timely response from police, he says.

Sokolik confirmed that parking complaints are considered a “priority 5” call for service. Priority 6 is the lowest priority and includes “things like frauds that occurred days or weeks in the past, he says.

Allen’s solution calls for empowering residents in the permit-parking areas to enforce the zones. The city and college could “deputize” residents, or name certain people as “block captains,” authorizing them to not only issue parking citations, but also have a repeat offender’s vehicle towed, Allen says.

“Bring me a ticket book, because I will do it,” he says, pointing to a car with Connecticut plates near his house without a permit that he says hasn’t moved for 48 hours.

But that solution doesn’t appear to have gotten serious consideration, leaving Allen and other neighbors who he says largely agree with him, at a loss.  “CC doesn’t care,” he says.

However, Roberts suggests the parking permit program delivers a message to CC.

“I think this is going to force them to really think about their parking,” he says. “They can’t park on the street anymore, because those homes and businesses that CC doesn’t own, those are permit only. They don’t have that luxury of overflow parking anymore.

“In my professional judgment, they’re probably going to have to be more compliant to make sure parking is part of future development applications,” he adds.

Asked about that, Buckley says, “There are no new facilities planned in the near term.”

Farther south, another parking squeeze is unfolding around  Weidner Field, located at Cimarron and Sahwatch streets.

Stephanie Juan, who lives less than a block from where hundreds of apartments are under construction adjacent to the stadium, says event goers have blocked her driveway.

“These streets will be full of cars,” she says, especially from Friday to Sunday.

Juan says she wants to learn more about the permit program but wonders, “How would that work for my guests?”

A resident down the block from Juan’s house has already posted a front-yard sign that warns, “Resident parking only. Violators will be towed.”

Roberts predicts neighborhood meetings will be held to test interest in a permit program there. “We’ve been asked to look down there,” he says. “I want to hear from the residents. You try to be strategic and meet the needs of the people.”