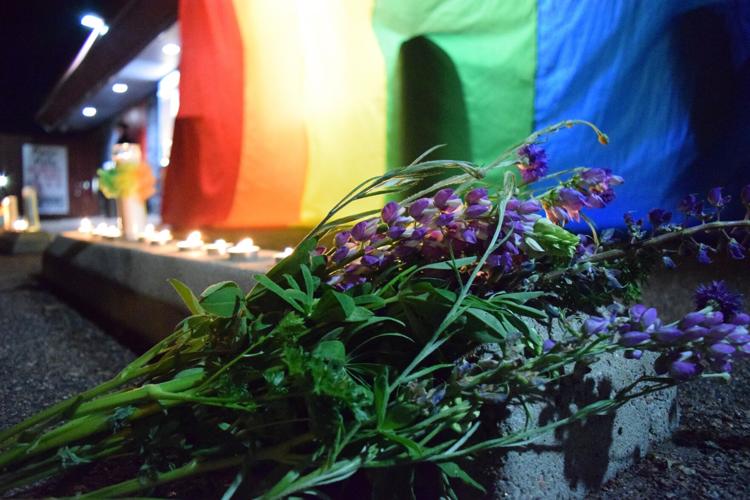 Flowers were placed at a memorial at Club Q in 2016 commemorating the Pulse nightclub shooting in Orlando where 49 people were killed and more than 50 were wounded. 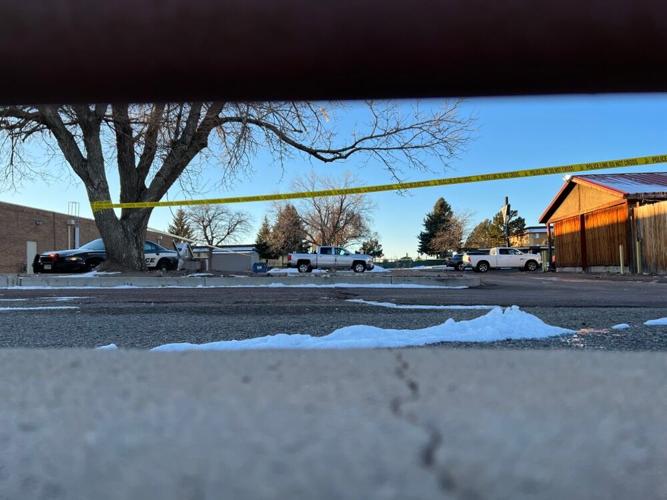 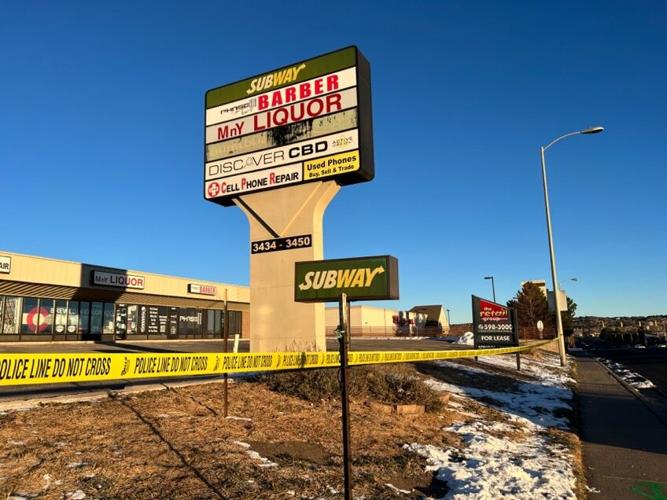 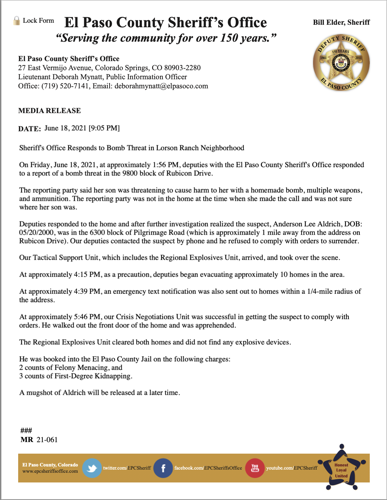 Editor's note: The date of the Planned Parenthood shooting has been corrected. That happened in 2015. The Indy regrets the error.

Colorado Springs Police have identified the suspect taken into custody for a nightclub shooting that left five dead and 25 injured. During an 8 a.m. news conference at the Colorado Springs Police Operations Center, CSPD Chief Adrian Vasquez said the suspect is 22-year-old Anderson Lee Aldrich. Vasquez said two firearms were found at the scene, to include a rifle. The police chief said detectives are pursuing multiple search warrants.

"While inside, at least two heroic people confronted and fought with the suspect," Vasquez said. "They were able to stop the suspect from continuing to kill and harm others. We owe them a great debt of thanks."

Aldrich is under arrest and receiving treatment for injuries at a local hospital.

CSPD Public Information Officer Lt. Pamela Castro said the initial call for service came in at almost 11:57 p.m., when an officer was dispatched. Police responded by midnight and the suspect was taken into custody at 12:02 a.m. She added that the number of injured is preliminary and that some drove themselves to the hospital following the shooting.

"Our hearts go out to the victims and families bearing the weight of  this horrific tragedy," Suthers said, later adding, "We are a strong community that has shown resilience in the face of hate and violence in the past, and we will do so again."

Regarding the investigation, Suthers said, "We must do this right and ensure justice is served for the victims of this tragedy."

The mayor added that he has been in contact with Gov. Jared Polis — who didn't attend the press conference because he has COVID — as well as Sens. Michael Bennet and John Hickenlooper.

Allen said, "This is a tragic day for our community. Every person, regardless of who they are, has the right to be secure from fear and physical harm."

Due to the ongoing investigation, law enforcement would not confirm whether or not Aldrich had been investigated for past crimes, though someone with the same name and age as the Club Q shooter was arrested last year by El Paso County Sheriff's (EPSO) deputies for a bomb threat. See that release from EPSO below.

Colorado Springs was also the site of a mass shooting at New Life Church in 2007 — four people were killed, not including the shooter — and Planned Parenthood in 2015, where three people were shot and killed nearly seven years ago to the day.

Castro said numerous officers and medical personnel immediately responded. Officers made entry and located the suspect, who was arrested and was being treated at a local hospital.

Colorado Springs Fire Department's Capt. Michael Smaldino said during the news conference that his department trains for mass casualty events and that 34 firefighters and 11 ambulances responded to the scene.

The investigation is in its initial stages, Castro said, but added the number of victims may change as the investigation continues. She did not provide details regarding the weapon used, other than it was a firearm.

Numerous people have been transported to local hospitals via ambulances and police cruisers and hospitals are helping to notify the families of the injured, she said.

The FBI is also on scene and assisting in the investigation, Castro said.

Castro requested anyone who was on scene but not interviewed by police, or anyone with cell phone or dashcam video of the shooting, to contact CSPD at 719-444-7000.

Police have asked people to avoid that section of Academy Boulevard while the investigation continues.

"Club Q is devastated by the senseless attack on our community.

"Our prays [sic] and thoughts are with all the victims and their families and friends.
"We thank the quick reactions of heroic customers that subdued the gunman and ended this hate attack."

CSPD is planning another news conference for 8 a.m., Nov. 20, at the Police Operations Center, where Mayor John Suthers is also expected to speak. Check back in for updates.