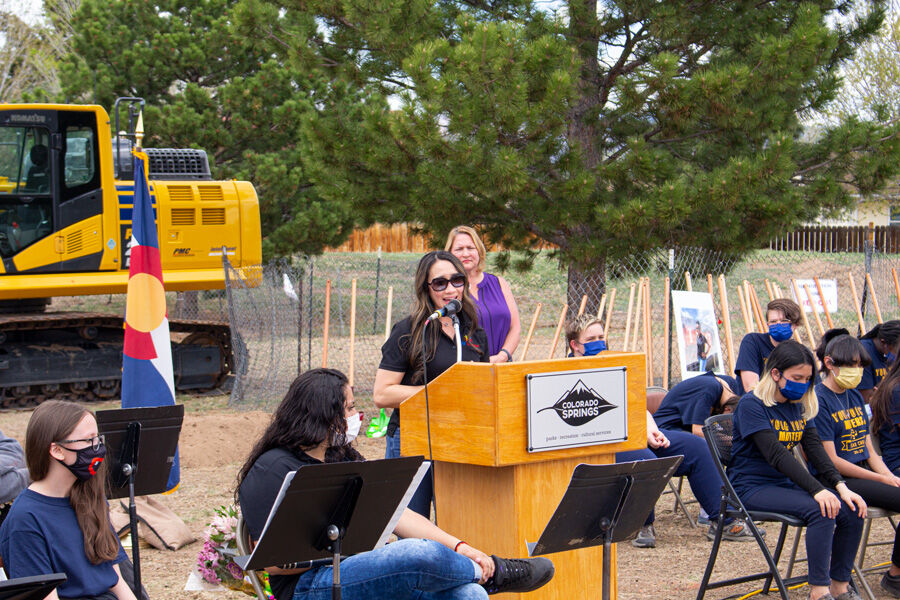 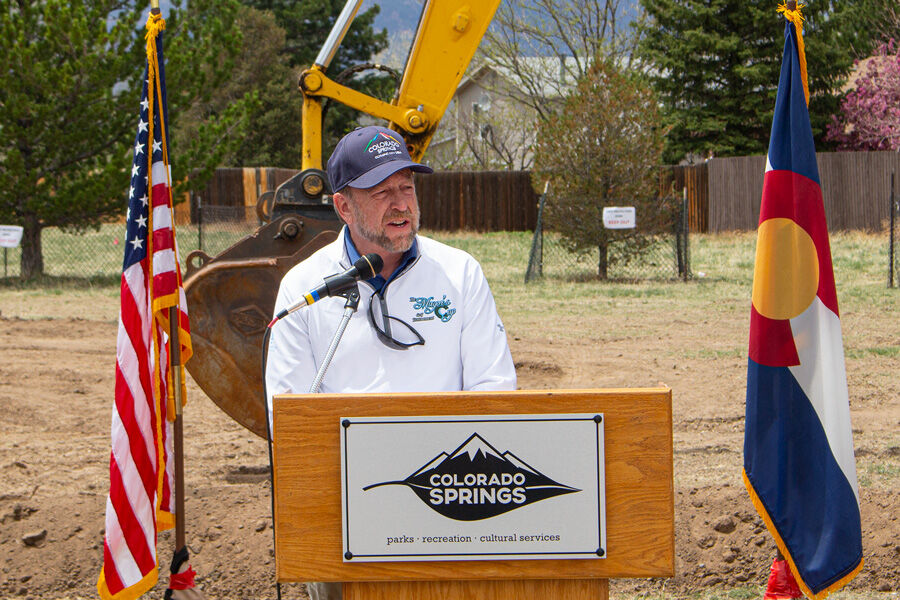 On May 8, Colorado Springs broke ground on a historic park renovation project in the Southeast.

The Panorama Park project is the largest of its kind in Colorado Springs history, and it would not be possible without a partnership between public entities and private industry. Public/private partnerships have become a vital part of the planning and funding process for projects in the Springs. While they have long provided funding and resources for parks and community resources, they’re now being used for everything from the City for Champions projects to affordable housing.

“Public/private partnerships have become a hallmark of the Colorado Springs Parks and Recreation Cultural Services Department,” said Mayor John Suthers during the groundbreaking ceremony. “In fact, folks, they have become a hallmark of the city of Colorado Springs. We’re in the final phases of completing our City for Champions projects. The [U.S. Olympic & Paralympic Museum and Hall of Fame, the Hybl Sports Medicine and Performance Center, Weidner Field, Robson Arena at Colorado College] and soon the Air Force Visitor Center. None of that would have happened without tremendous private investment to supplement the public investment. We simply could not afford to do parks projects like this without support from the private sector.”

Public/private partnerships allow for community projects, like Panorama Park, that might otherwise be considered too expensive. “I think as we have observed in our community, there is sometimes not the level of financial support that’s needed through either city- or county-based general operating, general fund dollars,” said Mina Liebert, director of community impact for the Pikes Peak Community Foundation. “This is where the partnerships are so critical. In the case of Panorama Park, it was a couple of different primary entities that helped to bring this project forward, so obviously the city owning the property at Panorama and managing and operating the park, the Trust for Public Land, they have the Parks for People program which is really to get more accessibility to parks for more residents and community members, and then the RISE Coalition with their intention of really bringing the community to the decision-making table and being a part of the process. It’s been a great partnership all around. That’s kind of that public/private philanthropic partnership. The Trust for Public Land has helped to fundraise a good portion of the philanthropic dollars, in partnership with the city, because they can’t do things just on their own.”

For Karen Palus, the director of Parks, Recreation and Cultural Services for Colorado Springs, such partnerships are nothing new.

“Public/private partnerships have been integral to the Parks, Recreation and Cultural Services Department probably since its inception,” she says. “We’ve had some long-standing, amazing partners throughout the community who have really been instrumental in our success, especially during our lean times as well.”

For Palus, a shining example of such partnerships is the Garden of the Gods Visitor and Nature Center.

There is sometimes not the level of financial support that’s needed through either city- or county-based general operating, general fund dollars.

Palus notes that public/private partnerships in the parks department run the gamut from civic organizations that support a particular park, to more ambitious projects like the Pikes Peak Summit Complex. “I think we counted — way back in the day — well over 50 different organizations and partners that we work with annually, in some form or fashion,” she says. “We have groups that are what’s called ‘friends groups,’ and some of them are 501(c)3s, so they support their particular park or interest in a variety of ways. Some of them are through financial support, some of them are through what I call ‘sweat equity’ — so they’re out there giving their time and talents to their particular parks. A great example of that is the Guardians of Palmer Park. They’re a local group and they go out and provide services to the park. They’ll do cleanups, trail work, they’ll ambassador with our different user groups, and just general upkeep and maintenance. They’ll work on specific projects like pavilion renovations and those kind of things.”

The Pikes Peak Summit Complex, which is expected to be completed this summer, is another example. “We are in the process of building our Pikes Peak visitors center at the summit, and that is a public/private venture as well, where we set out working very closely with the community developing what the new visitors center would be like,” says Palus. “We worked very closely with our partners in the federal government, closely with our partners locally that own the cog [railway] with The Broadmoor Group, as one of the operators on the cog, as well as the Army Corps of Engineers, with their training and high-altitude research lab that they have there, and the Colorado Springs Utilities. Putting together the dollars for that, we determined upfront exactly what we would be able to do and within our capacity.”

Outside of the Parks Department, the city of Colorado Springs has used partnerships to finance the City for Champions projects including Weidner Field, home of the Switchbacks FC soccer club.

“The City for Champions is really a perfect example of public/private partnership,” says Bob Cope, economic development manager for Colorado Springs. “The original [Regional Tourism Act] legislation called for communities to make applications for projects that would increase tourism in the state, and thereby creating additional state revenue, looking for a win-win. Increased economic development, increase in tourism, but also an increase in state and local tax revenues. It was always envisioned that this award would be given by the state — it was in the form of state sales tax paid, the state is rebating a portion of that state sales tax back to communities that they can put into these projects — but the idea was the amount of that state sales tax increment was never meant to cover the entire cost of these projects. It was meant to be the seed money or the catalyst for these projects going forward, so when we were successful in raising the $120.5 million [from the Regional Tourism Act], that funding, over 30 years, was allocated to the four and now five different projects. It just provided that seed money; the rest all had to come from private and other sources, and that’s exactly what happened.”

“Sometimes the public sector component of it does include tools or resources to make the project go, from a financial perspective, but a lot of times the partnership component that the public sector brings to a project are things like ease of permitting, timing of permitting and that sort of thing,” she says. “It’s not always a financially tangible component, but something that helps make something happen or reduces the burden to the private party to make it happen.”

While public/private partnerships have proven successful with parks and recreational projects, their potential is still being explored.

“Certain projects aren’t feasible,” Cope notes. “Take a look at affordable housing. The only way to create affordable housing for the homeless or the very poor is you have to subsidize it. Federal and state programs, and a limited amount of local funding can help, but it also takes a major private investment to make these projects happen. I think they’re really a critical tool in building and creating a great city.