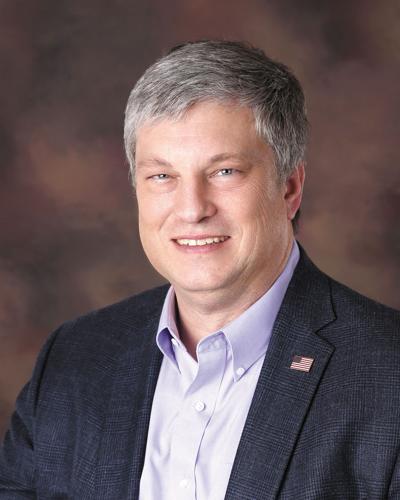 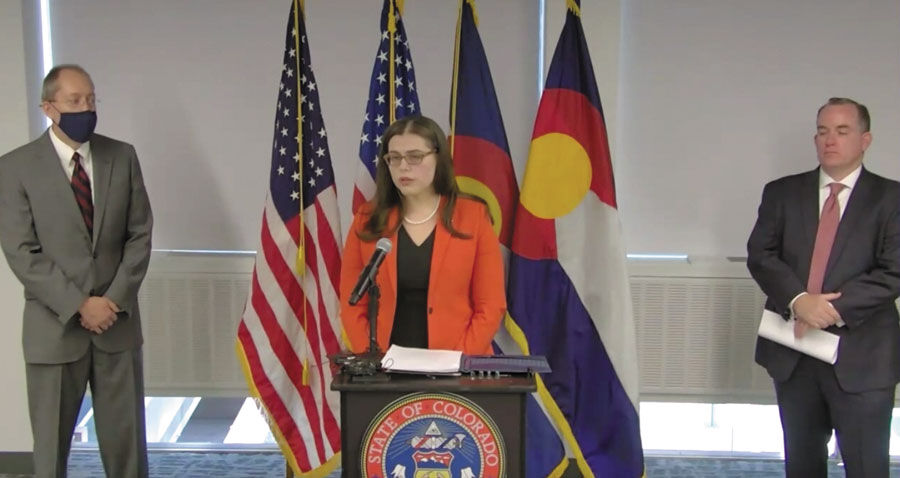 Former Colorado Secretary of State and current Colorado Springs City Councilor Wayne Williams has been appointed by the Board of Mesa County Commissioners to run Mesa County elections amid an ongoing investigation into Mesa County Clerk and Recorder Tina Peters — who has engaged in election conspiracy theories — and an alleged breach of election security protocol.

Additionally, Secretary of State Jena Griswold has appointed Mesa County Treasurer Sheila Reiner to handle elections, setting the stage for a potential legal conflict between the Mesa County commissioners and the Secretary of State’s Office. Williams and Reiner are currently working together to ensure elections in Mesa County are not disrupted by the ongoing investigation.

The secretary of state’s investigation found that surveillance cameras at the Mesa County Clerk and Recorder’s Office were turned off a week before a “trusted build” update was to be installed on May 25. According to a news release from the Secretary of State’s Office, “Two hard drive images from Mesa County election servers were released on the internet during the week of August 9, 2021. Analysis confirms that these images belong to Mesa County hard drives and were created before and after the May 25, 2021 trusted build. The only method to make such copies is to physically access the machines. One of the hard drive images is believed to have been taken on Sunday, May 23, 2021. The Department has confirmed that Clerk Peters, Sandra Brown, and Gerald Wood accessed the area where election equipment was stored outside of normal work hours on May 23.” Wood, a non-employee, was not authorized to be in the secure area.

The lack of video surveillance of the election equipment, and the fact that some voting machines were not correctly sealed following the trusted build update, constituted a breach of the chain-of-custody, which forced Griswold to prohibit the use of Mesa County’s voting equipment in upcoming elections.

The timing of the investigation and the loss of the county’s voting equipment will cause problems for Mesa County and its upcoming election deadlines. “Given the challenges that are being faced, it’s critical that you have individuals involved who know what they are doing in the elections area, particularly given the late phase in the election we’re in,” says Williams, who also previously was the El Paso County clerk and recorder. “Ballots go out mid-September to the military. The ballot content has to be created and certified by Sept. 3. There are key deadlines that need to take place, and that’s why the Board of Commissioners turned to someone who has run elections in a number of circumstances.”

Reiner, the secretary of state’s appointee, is a former Mesa County clerk and, like Williams, has experience running elections. “Regardless of what the legal turf and outcome of that looks like, I think the Mesa County voters can feel very, very assured that they’ve got myself, they’ve got Wayne, they’ve got [state Rep.] Janice Rich (R-HD55), they’ve got [another former Colorado Secretary of State] Bernie Buescher and they’ve got Michelle Nauer, who is a longtime Western Slope clerk, all agreeing to come to the table to do whatever is necessary to ensure Mesa County’s elections success.”

They took that Tina chick and they’re hiding her here in Texas.

Mesa County Commissioner Cody Davis says the objection is not with Reiner, but with whether the secretary of state has the authority to fill county vacancies. For now, Reiner and Williams are working together for the benefit of Mesa County. “While some details, in terms of who’s doing what, have to be worked out, I’m confident that the Board and the Secretary [of State] will work it out, or the courts will work it out,” says Williams. “In the meantime, Sheila Reiner and I are working together to make sure critical decisions are made jointly.”

Reiner says she and Williams are laying the groundwork for what may prove to be an unusual election. “Last night Wayne started working with the commissioners on securing a voting system for our use,” she says. “This morning I started working on the logistics of office space and how we handle it if the office space is tied up in this investigation for much longer.”

Williams also works as a senior advisor for Runbeck Election Systems, an Arizona-based company that has also been mentioned in election conspiracy circles, but does not foresee any conflicts of interest. “That is a part-time job,” notes Williams. “Runbeck provides ballot-printing and mailing. They also have processes that assist with signature verification, but they do not do any tabulation.”

In addition to Secretary of State Griswold’s investigation of Peters, there is also a criminal investigation being conducted by 21st Judicial District Attorney Dan Rubinstein. “Per state law, the District Attorney’s Office is responsible for investigating election-related criminal activity,” said Stephanie Reecy, Mesa County public affairs manager, in an email. “The investigation is ongoing and in the early stages. The DA’s Office obtained and executed search warrants and is now processing and analyzing evidence. They are also in the process of identifying and interviewing potential witnesses. The DA’s Office is committed to completing a thorough and accurate investigation. As such, documents will remain sealed until the investigation is complete, and the DA’s office cannot comment further on a pending investigation as it could compromise the investigation’s integrity, lead to inaccurate speculation on what it relates to, or otherwise prejudice any person’s rights to a fair trial should charges be filed.”

While the DA’s office cannot comment on the ongoing investigation, Peters already has. While investigators were executing a search warrant at the Mesa County Clerk and Recorder’s Office on Aug. 10 (Peters had refused to hand over election equipment, footage and documents to the secretary of state’s office) she appeared at MyPillow CEO Mike Lindell’s Cyber Symposium in Sioux Falls, South Dakota. Peters claimed the investigation was a political attack from Griswold’s office.

Images and data from the Mesa County hard drives were shared the next day at Lindell’s symposium, and analyzed by Ron Watkins, also known as CodemonkeyZ, an individual purported to be behind the Q social media posts of the QAnon pro-Trump conspiracy theorist movement. Lindell’s symposium was supposed to present concrete evidence of what Lindell called a “cyberattack by China” that affected the 2020 presidential election. Lindell offered $5 million to anyone who could dispute his data and assembled a team of “cyber security experts” to verify his findings. Many of Lindell’s experts have publicly stated that the data is worthless.

Bill Alderson of the Texas-based Security Institute told Dakota News Now, “We were unable to get the data from the actual 2020 election. Very disappointing.”

Josh Merritt, who was hired to be part of Lindell’s team, told the Washington Times that Lindell’s data was unrecoverable. Merritt’s claims spurred Lindell to take to his personal media platform, LindellTV, on Aug. 16 to release audio recordings of conversations between Merritt and podcaster Pete Santilli. Lindell claims the recordings prove that Merritt was an “infiltrator” at the symposium.

Whether the recordings show Merritt infiltrated Lindell’s cybersecurity team or not is debatable, but they do provide insight into the possible whereabouts of Peters.

During the recordings shared by Lindell, a man identified as Merritt says, “They took that Tina chick and they’re hiding her here in Texas.”

Lindell claimed that he is currently assisting Peters. “I’ve removed her,” he said Aug. 16. “I’ve moved her to another location. She is a hero.”

Lindell did not respond to an emailed request for comment. When asked about Peters’ whereabouts, Reecy declined to comment, citing the ongoing investigation.

The Federal Bureau of Investigation recently joined the investigation into Mesa County’s breach of election security protocol. “The FBI is working with the 21st Judicial District Attorney’s Office on the forensic review and analysis of county voting systems to determine if there was a potential federal criminal violation,” said Courtney Bernal, an FBI public affairs specialist, in an email. “We have no further comment at this time.”

Despite the questionable evidence and unsubstantiated claims from conspiracy theorists like Lindell — claims that have garnered a fervent and committed following online — Republicans like Williams and Reiner say Colorado’s elections are secure.

“We have a good system here,” says Williams, who testified in December to the state Legislative Audit Committee. “We can prove that it’s a good system, and we can prove it because we actually do audits. We established a risk-limiting audit that was the nation’s first full-state, risk-limiting audit, and it demonstrated that the ballots were tabulated correctly here.”

Reiner is used to fielding questions about election integrity.

“When questions started to arise about the validity of elections, my first reaction, and what I’ve told my friends and family that have questioned it, is that Colorado election systems are safe, secure and accurate,” she says. “I know it because of my experience in it.”