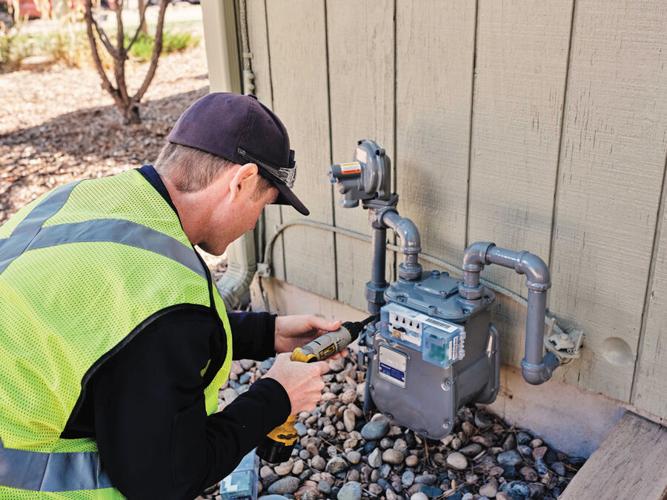 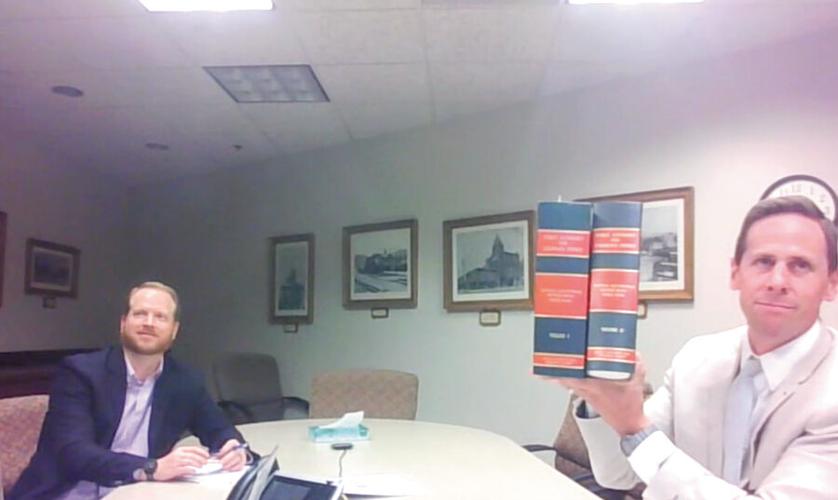 Colorado Springs Utilities has been a lightning rod for controversy over the years for a number of decisions that drew ire from customers. For example:

• From 2003 to 2005, Utilities spent $6.8 million, without appraisals, to acquire a handful of homes in the Jimmy Camp Creek area. It offered up to four times market values in a scramble to nail down a site for the Southern Delivery System pipeline project’s reservoir. The reservoir site eventually shifted several miles south, and Utilities recently began liquidating that real estate portfolio.

• In 2011, Utilities awarded a no-bid $73 million contract to Neumann Systems Group for a pollution control system for the Downtown coal-fired Drake Power Plant, a price that ballooned to $170 million. While Utilities maintains the equipment “definitely fulfilled [the] mission and helped us meet ... emissions regulations,” the plant was weaned off coal a year ago, and six portable natural gas generators will come on line there in coming months.

But Utilities made a deal during that era that, while quirky and enormously complex, stills performs as planned and saves customers money every day.

In June 2008, Utilities orchestrated a multiparty, convoluted deal involving one of the largest banks in the world, a commodities dealer that had formed just the year before, and a shadow corporation set up as a front for Springs Utilities that issued a whopping $650 million in debt. (For comparison, the SDS pipeline from Pueblo Reservoir cost $825 million.)

The transaction, a 30-year agreement that expires in 2038, predates all currently serving Utilities Board members, the agency’s CEO and many of the top-ranking officials.

Given the wild fluctuations in natural gas prices in the past 18 months and the recent increases and decreases in the fuel cost adjustment imposed on customers by the Utilities Board, comprised of City Council, it’s fair to revisit the 2008 deal to see how things are unfolding.

The stars really have to align.

Fact is, Utilities officials and others report, the deal has been purring along as planned, saving customers millions of dollars and warranting only a short overview on page 66 in the Notes to Financial Statements of the city’s recently finalized, 332-page 2021 Annual Comprehensive Financial Report.

As Adam Hegstrom, Utilities treasury and financing manager, described it in a recent interview, “It’s the most complicated financial structure I’ve run into in my career.”

The Public Authority for Colorado Energy (PACE), the vehicle for the multiparty convoluted deal, doesn’t exist except on paper.

It was incorporated in February 2008 by then-Utilities CFO Edward Easterlin and gave the same address as Utilities uses. Today, Hegstrom serves as PACE’s registered agent.

PACE’s sole purpose was to issue debt, which set in motion a series of transactions that guarantees Springs Utilities a 99-cent per million BTU (British Thermal Unit, a measure of heat that’s also used to quantify natural gas) discount on up to 20 percent of the city’s natural gas supply.

Utilities CFO Tristan Gearhart says via email that PACE is a separate legal entity from Springs Utilities. It issued approximately $650 million in bonds in 2008 and used the proceeds to pay Merrill Lynch Commodities Inc. for prepaid gas acquisitions and supply Utilities with 20 percent of the city’s typical annual gas volumes during the 30-year term. The gas is purchased based on the daily index price, less 99 cents per MMBtu.

“PACE acts as the supplying entity to deliver natural gas to Colorado Springs Utilities on a daily basis. Colorado Springs Utilities makes payments to PACE for the gas delivered, and that revenue to PACE is used to make the principal and interest payment on the bonds issued in 2008,” Gearhart says. ”This ensures that 20% of gas is always purchased at less than market pricing.”

That’s the simplified version. A more detailed outline shows the inner workings of a deal that also involves Bank of America Corp. and Royal Bank of Canada (RBC).

The banks are involved, Hegstrom says, to absorb some of the credit risk and deliverability of gas by Merrill Lynch.

Should those partners see their financial ratings drop below certain levels cited as required in the original agreement, they must post collateral to shore up their end of the deal.

“The main risk to this transaction is one of these participating entities doesn’t remain solvent or doesn’t live up to the contract they signed,” Hegstrom says.

Can anyone say Lehman Brothers?

Baker Tilly US, LLP, an independent auditor hired by the city to review PACE’s 2020 and 2021 financial statements, notes under the risk management section that if Merrill Lynch or the banks are unable to provide PACE with the natural gas required or enough money to compensate PACE for their failure to do so, then “PACE will not have access to sufficient natural gas to sell to the City pursuant to the Supply Agreement. If PACE does not provide natural gas to the City, the City will not be required to make payments to PACE pursuant to the Supply Agreement and PACE will not receive its primary source of revenue.”

The losers would be those who purchased the $650 million in bonds. Because the deal is an arm’s-length transaction, if one of PACE’s partners in the deal fails, Utilities is insulated from any liability for the bond debt that initially financed the deal, Gearhart and Hegstrom say.

For now, though, such a default appears highly unlikely. “Cash flows from operating activities are currently sufficient to pay annual debt service requirements,” Baker Tilly reports. “To date, the prepaid gas contract is performing as expected.”

To put the savings in perspective, assume the indexed price of gas sits at $2.42, which was the cost in early 2021. Getting a discount of 99 cents means Utilities pays about 40 percent less than the indexed rate. But if the price of gas skyrockets, as it did in mid-February 2021 during the severe ice storm throughout the Midwest, Utilities’ saves a mere trifle, about a half of 1 percent.

(To be clear, the arrangement calls for Utilities to pay PACE 69 cents per MMBtu less than the indexed price. The additional 30 cents comes at year’s end as a dividend to Utilities from residual amounts that have sat in PACE’s bank account through the year. That raises the total value to 99 cents per MMBtu to Utilities.)

While the PACE deal translated to a savings of only $96,000 during the February storm, reduced costs over the long haul will be more substantial.

Gearhart notes that from 2008 through 2021, Utilities bought nearly 62 million MMBtus of gas from PACE at a cost of $168.4 million. Had Utilities paid the indexed rate instead, the price would have been $228.5 million. That’s a $60 million savings so far.

Utilities officials hope the 30-year deal will bring a total savings of $150 million.

The deal also requires Utilities to take delivery of a set amount of gas as determined at the beginning of the deal’s term in 2008, based on an estimate of 20 percent of Utilities’ usage.

It’s possible that Utilities won’t need that much gas in 2038, but will have to buy it anyway.

Gearhart says in an interview that usage is declining on a per-customer basis, due to conservation and migration to more efficient appliances. But, he adds, “From a growth standpoint, our system continues to grow. In 2008, the number of customers compared to 2021, we definitely have seen an increase.”

However, should Utilities not have need for that much gas, it could do one of two things, Hegstrom says: sell it to another municipality, or store the gas in its Northeast Colorado underground storage facility.

The PACE transaction, he says, was enabled by the perfect alignment of various factors, including the interest rate on the cash held by PACE at 4.1 percent, higher than the usual rate at the time.

“These deals are out there, but they’re not near as prevalent as they used to be,” Hegstrom says. “The stars really have to align. Those relationships have to fit just right. Five or six years after 2008, nobody in the industry did them. Then they’ve started to come back in the market in the last few years.”

In February 2018, its partner, Main Street Natural Gas, closed a deal with RBC, issuing $1 billion in bonds to fund a supply agreement that will meet about 15 percent of Gas Authority members’ requirements for 30 years. The savings will be about 30 cents per MMBtu.

“This is kind of this little niche industry — all the economics lined up perfectly to get that 99 cents discount and it’s fixed,” Hegstrom says. “This really is a good savings for Colorado Springs Utilities. If things lined up, we would not hesitate to pull the trigger on a similar deal.”

This story has been updated to clarify the interest rate locked in by Colorado Springs Utilities.