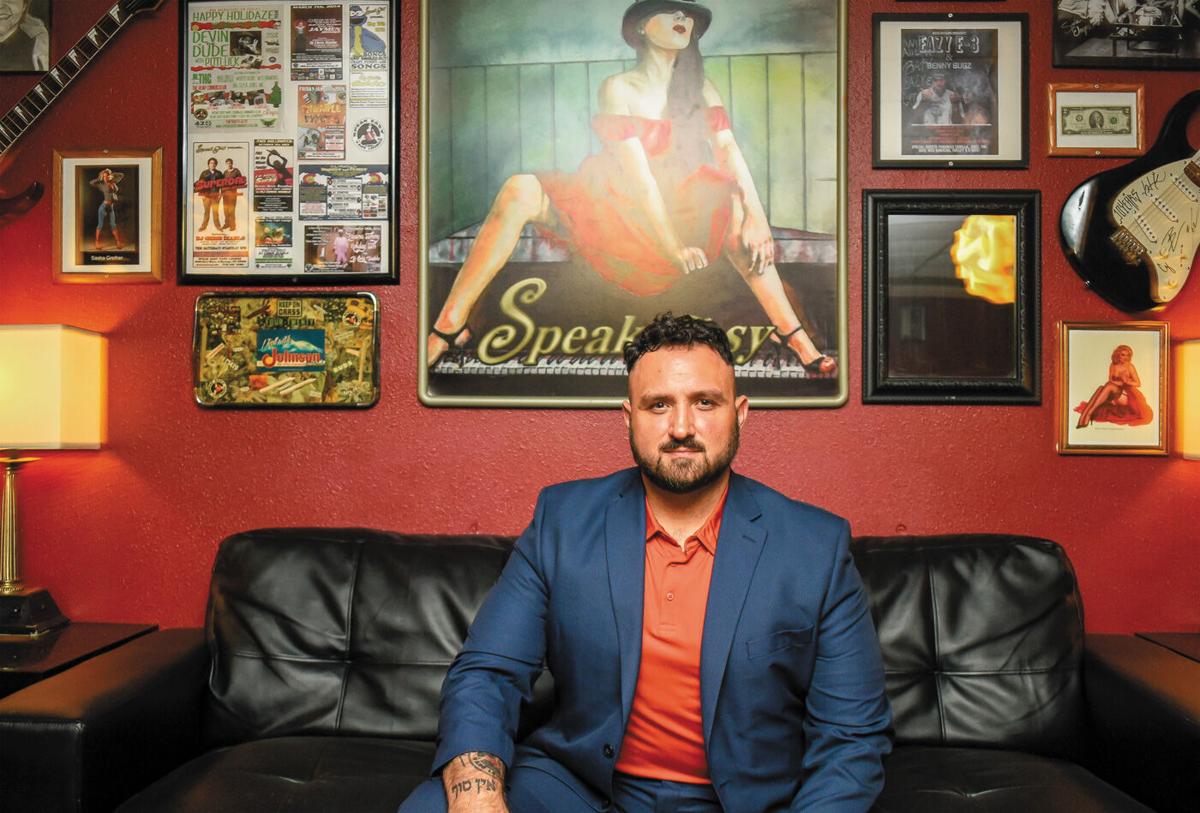 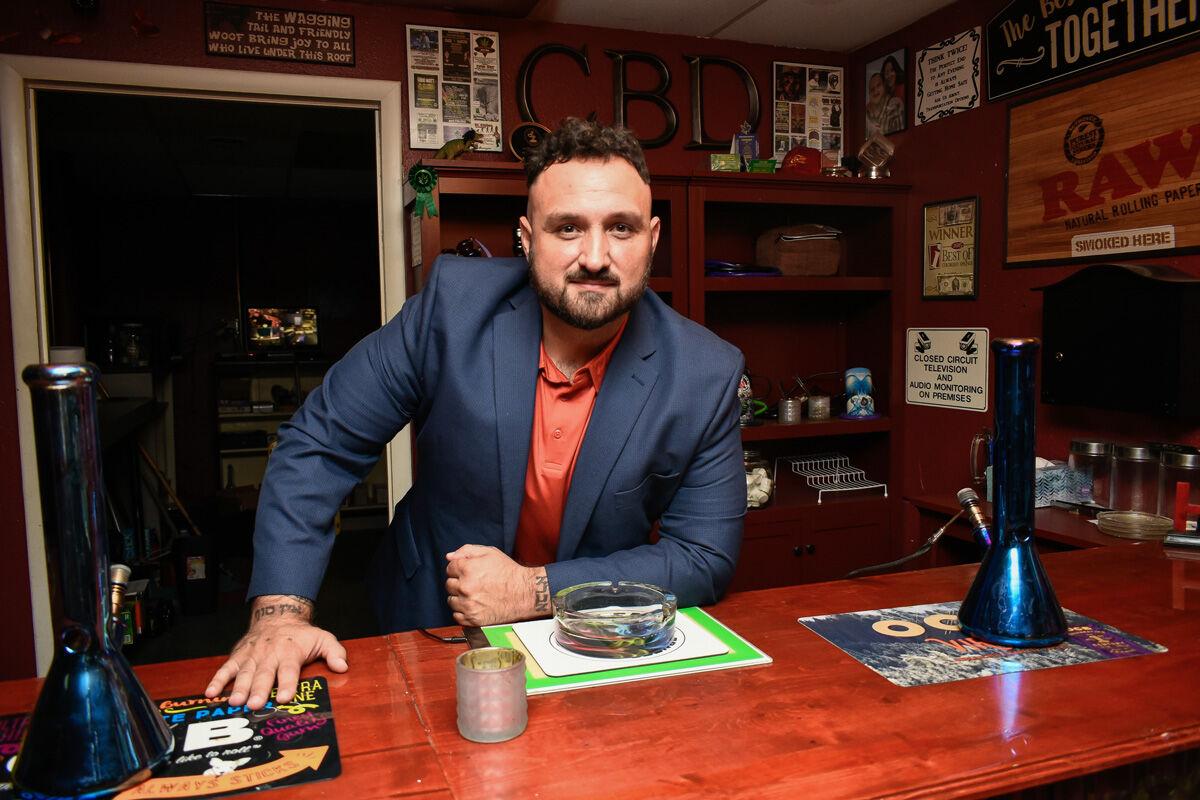 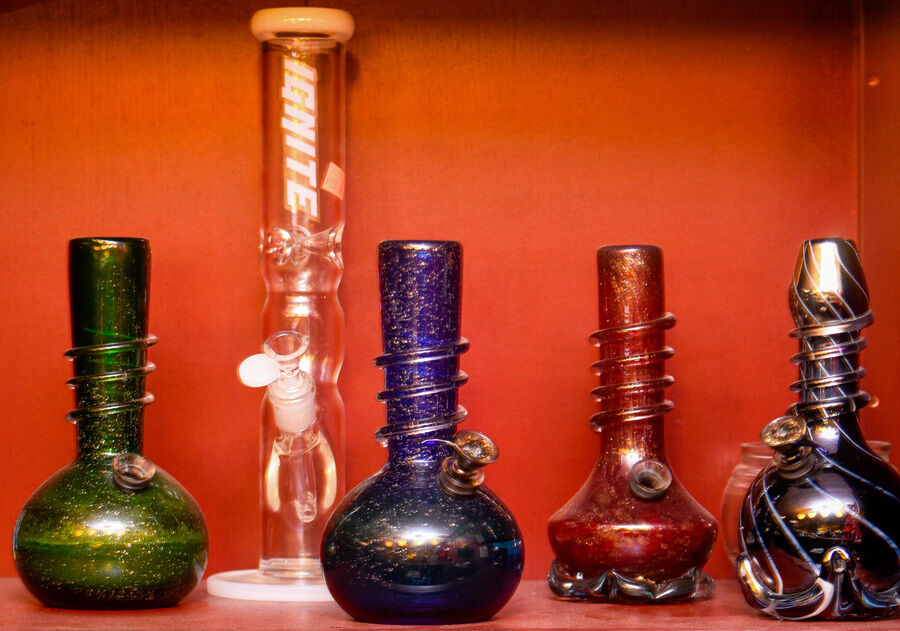 Jaymen Johnson is the owner of the first, and last, licensed cannabis club in Colorado Springs. The future of his business, which has already been jeopardized by restrictive and contradictory city and state licensing requirements and the COVID-19 pandemic, depends on whether City Council has the political will — and the six votes needed to override a veto from Mayor John Suthers — to modify the 2016 city ordinance that requires licensed cannabis clubs to shut down by 2024.

While the marijuana industry has thrived in Colorado, bringing in $1.6 billion in tax revenue in the last six years, Colorado Springs has only allowed medical cannabis dispensaries to operate, and officially opted out of recreational sales in 2013. As a way of skirting those bans on recreational sales, cannabis entrepreneurs turned to a private club model. After the passage of Amendment 64 in 2012, legalizing recreational pot, dozens of private cannabis clubs opened their doors in the city.

“We had created our own operation that was very similar to bars and is what now has been adopted by the state,” says Johnson, who opened the Speakeasy Vape Lounge and Cannabis Club in April 2013. “We had no regulations, no restrictions, no rules of any kind, but we self-regulated. We felt the voters were sincere when they said they wanted it to operate like alcohol, so we mirrored as much as you can with an inhalant. We never sold, but we came up with a system where they would donate to the club and receive reward points, and then they could redeem those reward points for the rewards we had — hats, T-shirts and that included cannabis. Like a Chuck E. Cheese model, where coin became token, token became ticket, ticket became reward. There’s no guarantee of reward because it was whatever we had, but cannabis was included in that. We were strictly, completely on-site consumption.”

In essence, I am like the world’s greatest snack bar. I am a 7-Eleven you can smoke cannabis in.

Unfortunately, not all the cannabis entrepreneurs were as circumspect as Johnson. “We operated for more than three years without any issues whatsoever,” he recalls. “This animal shelter [New Hope Rescue] next door used to be a club called The Lazy Lion, and they were conducting themselves quite a bit differently than we were — and that is what originally got the attention of the city, was that club. We were just kind of swept up in that.”

On Feb. 13, 2019, Andrew Poarch, the owner of The Lazy Lion, pled guilty to filing a false federal income tax return. According to a Colorado Department of Justice news release, “During the time from January 2013 through August of 2016, [Poarch] owned, operated and managed the business, named ‘The Lazy Lion.’ Customers could go to the store and join a private club by signing a customer agreement. The Lazy Lion member agreement allowed for members to visit the business and acquire marijuana for a set price. The fee structure for the business included a one-time initial membership fee, an entry fee for each subsequent visit, and a set fee for each purchase of marijuana. The Lazy Lion was never registered as a recreational dispensary within the State of Colorado.”

According to the DOJ investigation, The Lazy Lion’s gross revenue was $10,792,320 for the period 2013-2016 — and in 2019, the owners were found guilty of failing to pay over $3,000,000 in federal taxes. Operations like The Lazy Lion, which were essentially recreational dispensaries operating as private clubs, compelled City Council to take action.

“The previous, previous Council, in 2014, wanted to solve a problem and that was that there was like a dozen consumption clubs that were just completely unregulated,” says District 3 City Councilor Richard Skorman. “They were clubs that were selling marijuana to anybody who walked in the door. There was really no controls on them, and it was part of recreational marijuana being legal in the state. Even though the Council previously only allowed for medical marijuana, somehow these clubs slipped through the cracks and they were out there. [There was] lots of money being made, and it was completely unregulated.”

The push to regulate cannabis clubs came largely from former District 1 Councilor Don Knight, whose constituents raised concerns about a cannabis club that opened in Rockrimmon Shopping Center. “I found out through research there was no avenue at all for neighbors to have a voice on whether a club should go in their neighborhood or not,” Knight told the Indy in 2016. “So I wanted to do something about that.”

The resulting ordinance required cannabis clubs to obtain a license from the city to prevent any new fly-by-night operations from popping up, and would require existing clubs to close by 2024. “They came up with a regulation,” says Skorman. “Let’s give the consumption clubs that are complying with our own rules on this the ability to exist for [eight] years, to 2024, so they can at least recoup some of their investment as a small business. What they would have to do is not allow for any sales. It would just be a bring-your-own club. The city would license them, and they did.”

Johnson’s was one of the first clubs licensed under the city ordinance, but the new restrictions had a profound impact on his business. “That’s been an abysmal failure, as far as its intent,” says Johnson. “They gave us eight years to make back our investment and then gave us a business model that literally hemorrhages money. I can’t sell anything. I have to make all my money off chips and water. I can’t say ‘food’ because I’m not allowed to put in a kitchen, if I had the means to do so. I can only sell chips, waters and sodas. I’m restricted to like, Snickers bars, prepackaged, sealed items. In essence, I am like the world’s greatest snack bar. I am a 7-Eleven you can smoke cannabis in. That’s what I have to make money with. I’m not even allowed to sell tobacco products. I’m not allowed to sell rolling papers. I’m not allowed to sell e-juices.”

It was a stark contrast from the Speakeasy’s earlier success. “We were huge,” he recalls. “We were on Dateline. The only other place in operation at the time really operated as a dispensary, so we did fantastic as far as attendance, but we were always hit hard with revenue. People would go to other clubs and then bring the product here. It would be like someone buying a beer at another bar, but not liking the atmosphere at that bar and then taking that beer and coming and using your mug, your restroom, but purchasing the product from other people. That was fine, because we wouldn’t sell them ounces. They would go there to buy an ounce and then come here to smoke it. We did fine until the city placed new restrictions.”

I think we should allow him to have a kind that doesn’t have a moratorium, because he’s put his life savings into the small business.

It’s frustrating for Johnson because the city’s law, in terms of regulating where people can consume cannabis publicly, has failed. Despite the stringent restrictions in Colorado Springs, cannabis has a ubiquitous presence. “What he sees, and I do too, is that all over the city you walk around, during the summer, and you smell marijuana being smoked in public,” says Skorman. “Nobody knows who’s doing it, where they got it, if it’s laced, if it has fentanyl, if there’s any danger associated with it, if they’re of age. It just kind of happens. Police stop it now and then, but it happens so much. It’s at smoke lounges and bars, but it’s also in parking lots before people go into places. There’s no safe place for public consumption, no ability to guide people on how to consume safely, nobody is paying attention to whether they’re driving while impaired. Nobody is paying attention to how people are consuming, it’s just happening out there. What the city did is just clamp down on Jaymen, who was the only one who was abiding by the rules.”

Much of Johnson’s revenue came from entertainment and cultural events, but that too came to an end. “We’ve had Mobb Deep, Afroman, Sublime [with Rome], all of them,” he says. “You wouldn’t believe the names that have been in here. Dave Chapelle. I could go on and on and on. Some of the biggest names in entertainment history have been in here, but what we face now is an occupancy restriction of 50. With nearly 5,000 square feet, I have a [50-person] occupancy, so that means I have almost 100 square feet per person. That’s a lot of extra room. According to the city, this location, even though it was used as a church prior [to Speakeasy], and prior to that it was a gay and lesbian center, and even though it was used for assembly by both of those, it has never been updated with the city. It has its original designation from the ’70s when the building was built — therefore, unless I want to install a nearly $80,000 sprinkler system, I cannot change my occupancy. Even though we’re larger in square footage than the bar next door to us that has a 190 occupancy, we cannot update our status with the city.”

Unfortunately for Johnson, he can’t transfer his cannabis club license to a new location. “The city won’t let him keep his license and move to a better location,” says Skorman. “He’s completely in a box. He doesn’t have any ability to do anything other than hang in there, try to run this place by himself.”

The solution for Johnson’s woes would be for the city to bring its cannabis club licensure in line with recently passed House Bill 19-1230, which establishes state guidelines for cannabis clubs and allows for micro-sales of cannabis at clubs. In Adams County, JAD’s Mile High Smoke will be opening with one of these new licenses, with live music, food, and on-site cannabis sales and consumption.

In lieu of a successful ordinance, a ballot measure could also bring the changes Johnson needs. “The mayor could veto [an ordinance] so it would need to get six votes because he probably would, or if the petitioners are successful and marijuana becomes legal and rec sales are allowed to happen in Colorado Springs, it would make sense. The city should allow him to sell micro amounts in a limited way like a bar would and be able to keep people safe.”

When asked about his position on the future of cannabis clubs in Colorado Springs, Suthers said in an email, “I’m opposed to marijuana consumption clubs and would veto this if it gets to that point.”

For Johnson, who has weathered the city’s restrictions and nearly two-year closure due to COVID-19, Suthers’ response is frustrating. “At what point does this become a bias against this location?” he says. “We’re seriously encroaching on a point where the actions of the city become acutely biased towards this establishment because there is no one else they’re affecting. At this point the mayor is saying that we are the enemy. It has been them that have set all the rules and if you can find one I’ve violated I would like to see that. All compromise has been on my end.”

Johnson says he plans to reopen Speakeasy in mid-October, and hopes to organize efforts around cannabis club legislation. “At what point does the city say, ‘Yes, you’ve proven yourself to be a good player.’”