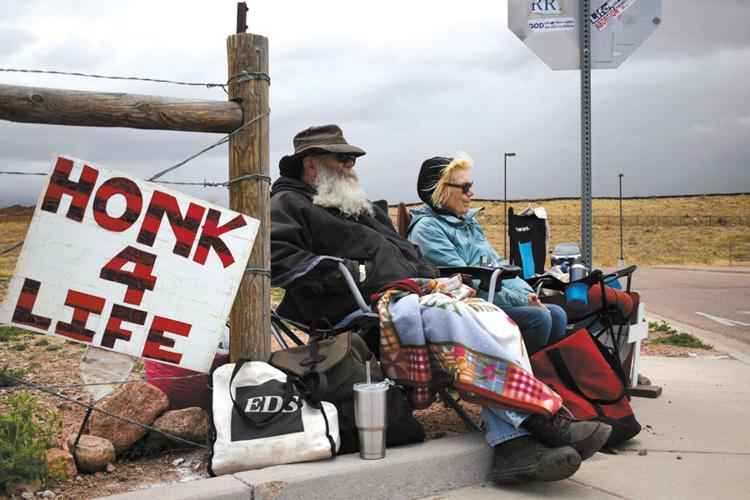 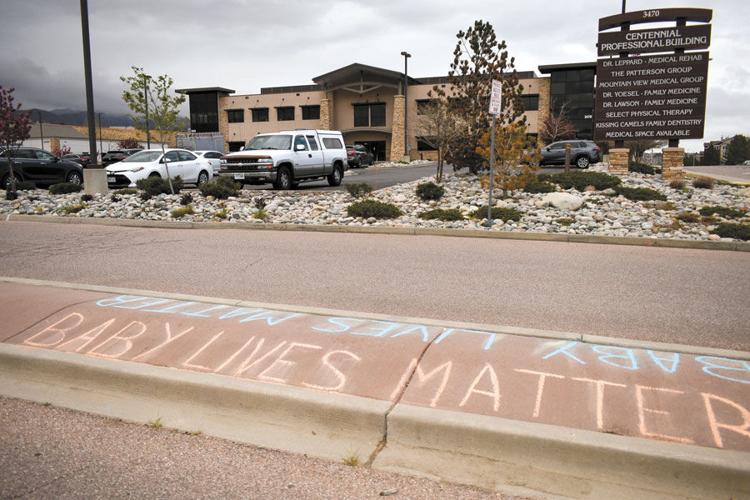 All eyes are currently on what U.S. Supreme Court Justice Samuel Alito’s draft — assuming it’s close to what we get in June — means for abortion access, and rightly so. But the rationale of his majority opinion leaves the door open to dismantle all kinds of civil rights/human rights legislation. While he sees himself as constitutional originalist, Alito is in essence writing about rejecting the 9th Amendment, the one that gives citizens “unenumerated rights,” or at least interpreting it under a vastly different lens.

The framers of the constitution realized future Americans would recognize new rights they hadn’t thought of in 1775, so the 9th Amendment leaves the door open to tack those on. Rejecting this amendment could conceivably do away with anything the founders didn’t think of almost 250 years ago.

The contempt practically drips from Alito’s pen when he writes dismissively of unenumerated rights not “deeply rooted in the Nation’s history and traditions” or events of “the latter part of the 20th century.”

According to Mark Silverstein, legal director for the ACLU of Colorado, Alito’s opinion could have implications for same-sex marriage, public educations, contraception and the entire legal notion of the “right to privacy.”

“We have a court now that’s prepared to be an activist, conservative majority with at least five votes, maybe six in some cases. There could be no stopping them. … They are willing to overrule established precedent that people have relied on for half a century,” Silverstein says, emphasizing that from a legal doctrine perspective, undermining Roe v. Wade is akin to rejecting the reasoning that led to it.

“The building blocks of Roe are also those of a decision that outlawed criminalizing sodomy [Lawrence v. Texas], and that the gay marriage [Obergefell v. Hodges] decision is based on … that reasoning included Griswold v. Connecticut, the case which said the states could not prevent married people from using contraceptives,” Silverstein says.

Gillian Ford is the communications director for One Colorado, an advocacy organization dedicated to advancing equality for LGBTQ Coloradans and their families, and Obergefell is something that’s been on their minds since the opinion was leaked.

“Based on the draft opinion, there are significant ramifications outlined for other decisions made linked to Roe v. Wade, including Obergefell. … We’ve had our eyes on that, and have been taking action to guarantee and fortify [the rights of] LGBTQ Coloradans at the state and national level,” Ford says.

“The main thing to remember now is that, as much as this news hit hard, it is a draft. Queer folks have been coming together in community to show their power in numbers for generations, and that is as true today as it always has been. That’s something our community can derive hope from today, and in the weeks to come. In the coming days, we’ll provide some specifics, and clarity on what kind of direct action we can take,” Ford says.

Silverstein says that a ruling like Brown v. Board of Education may be on firmer ground, as the draft opinion endorses what it achieved in repudiating Plessy v. Ferguson. “The court said Plessy v. Ferguson was egregiously wrong in the late 19th century, so by implication they are saying that the court was right to repudiate it in 1954,” says Silverstein. “That case is also decided based on the equal protection clause,” which doesn’t appear to be under attack yet.

Jennifer Hendricks is a professor of law and co-director of the Juvenile and Family Law Program at the University of Colorado Law School, and says that Alito’s opinion is a direct attack on unenumerated rights and the underpinnings of the “right to privacy.”

“There are two strands of that right historically, having to do with family and the body,” Hendricks says. “ Some of those intersect, like contraception, abortion, marriage.”

A collection of landmark cases make up the fabric of the unenumerated “right to privacy.” During the 1920s, a series of Supreme Court decisions enshrined that parents have a federal, Constitutional right to educate their kids in (still state-regulated) private schools. Then there’s Griswold v. Connecticut, guaranteeing that married couples may buy and use contraceptives without any government restrictions. Others ruled that criminalizing sodomy is unconstitutional (Lawrence v. Texas), that denying federal recognition of a same-sex marriage is unconstitutional (United States v. Windsor), or that same-sex marriage a right guaranteed by the 14th Amendment (Obergefell v. Hodges).

An example of a prominent failed effort to add to the list of privacy rights was Washington v. Glucksberg, when the court unanimously ruled that a right to assisted suicide was not protected by the Due Process Clause.

“Basically, the 9th Amendment says just because we listed some rights, doesn’t mean there aren’t any others. … Their doctrinal home is in the 14th Amendment, in the clause that says you can’t be deprived of life, liberty, or property without due process,” Hendricks says.

“All of that is of a piece, and the foundation of that is one thing this opinion really attacks — rejecting the idea there can be unenumerated rights not mentioned in the constitution. … That is why there is a lot of discussion about the logic of this opinion. It would overrule MOST of those cases, unless some totally different justification could be found. Griswold would definitely be overruled on that basis,” Hendricks says, while noting that an equality argument could be made to uphold Obergefell v. Hodges.

“There’s no right to marriage, but if you let certain people marry, you have to let gay people marry too,” Hendricks says.

Hendricks puts little stock in Alito’s phrasing when he writes: “We emphasize that our decision concerns the constitutional right to abortion and no other right. Nothing in this opinion should be understood to cast doubt on precedents that do not concern abortion.”

Roe v. Wade was a 7-2 decision, and five of the votes were Justices appointed by Republican presidents. There’s been a huge, huge shift to the right.

Hendricks says, “It’s a bit like when the potential justices get asked about abortion in a confirmation hearing, and say ‘I never really thought about it, we’d just have to see’… It’s fairly standard to say, ‘This is only deciding this thing, nothing else, don’t jump to any conclusions,’ but in this case, it is disingenuous — because of the whole rest of the opinion.”

If there weren’t plans in the works to roll back more precedents, Hendricks thinks the majority judges would have simply written a narrower decision.

“You could write an opinion overruling Roe that wouldn’t touch these other cases,” she says. “All you’d have to do is say, ‘There’s a right to privacy, we recognize that … but that right is not unlimited.’

“We’ve upheld mandatory vaccination, for example. That was one hundred years ago, although not so much today … they could have said, ‘The state’s interest outweighs the right to privacy.’ That overrules Roe but doesn’t touch Obergefell or Lawrence. That’s not what this says. It says there is no right to start with. The whole opinion is devoted to saying, ‘There is nothing.’ No line in here says women should, generically, have a say on what goes on in their bodies,” Hendricks says.

“Maybe it will turn out that only pregnant women have no right at all to bodily integrity,” she says.

What’s next on the arch-conservative majority’s chopping block will depend largely on what each state Legislature chooses to push, and Hendricks says that goes to why the draft was leaked in the first place. “Maybe he [Alito] was in danger of losing votes — that’s one theory of why it could have been leaked, to try to bully them into the decision,” Hendricks says. Of course, an alternative could be the draft was leaked so supporters of Roe get a head start on getting feet in the streets to protest the impending decision.

“One thing to keep in mind: The right has made claims that almost any form of contraceptive other than condoms is equivalent to abortion,” Hendricks says. “There’s emergency contraception, which they absolutely count as abortion. … But the pill, IUDs, they have claimed all of that is equivalent to abortion. … Griswold is almost irrelevant if they claim it’s all abortion. Then you don’t have the right to contraception, because they just decided to call it ‘abortion.’ So we’d be left with  only condoms.”

The court’s legitimacy was already hanging by a thread. For one thing it’s become more common for the court’s conservative justices to speak at nakedly political events — but a larger problem is that even a child can grasp the GOP’s double standards for judicial nominations. It helps when Lindsey Graham says things like, “If there’s a Republican president in 2016 and a vacancy occurs in the last year of the first term, you can say Lindsey Graham said ‘Let’s let the next president, whoever it might be, make that nomination.’ … You can use my words against me and you’d be absolutely right.”

But for years a strong majority of Americans have desired to uphold Roe v. Wade, and as minority rule becomes more entrenched and begins to flex its muscles, the dangers of the public losing faith in the court’s legitimacy are real. Four of the five justices who’ve apparently voted to overturn Roe were chosen by presidents who lost the popular vote.

“It’s a more obvious political decision than other decisions that can also be characterized as political,” Silverstein says. “It does appear as if … ‘It’s OK boys, we’ve got five, let’s go.’”

The only repercussion for a Supreme Court justice is impeachment, and Silverstein doesn’t think that’s going to have any traction — but he did make an observation about the court’s lurch to the political right.

“One interesting thing is how far the court has moved, and the Republican party has moved. Roe v. Wade was a 7-2 decision, and five of the votes were Justices appointed by Republican presidents,” he says. “There’s been a huge, huge shift to the right.”

And while the potential overturning of Roe may renew enthusiasm for the idea of “packing the court” as a solution, especially by many of the Democrats’ progressive voices, that would still have to be a statute passed by congress.

Right now, all that’s clear is that if the draft language remains intact, then five unelected judges, most of whom were chosen by presidents who lost the popular vote, going against the will of a clear majority of Americans, will soon rewrite the legal notion of privacy — and the everyday social landscape of the nation.

Will the prospect of overturning Roe have a major impact on the coming election?

On May 3, less than 24 hours after news that the United States Supreme Court could overturn abortion rights, a sole security guard walked the …