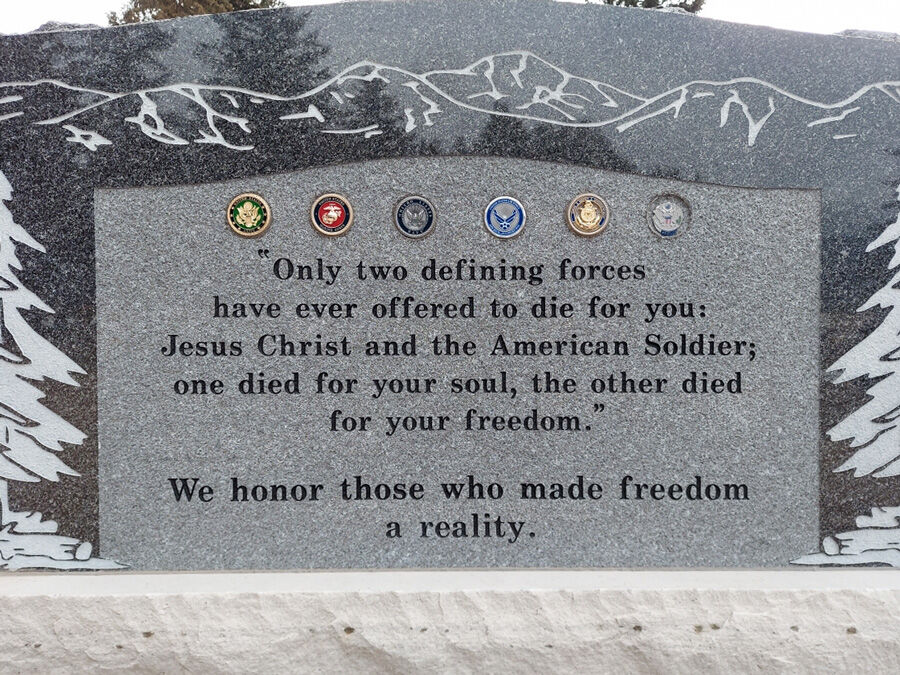 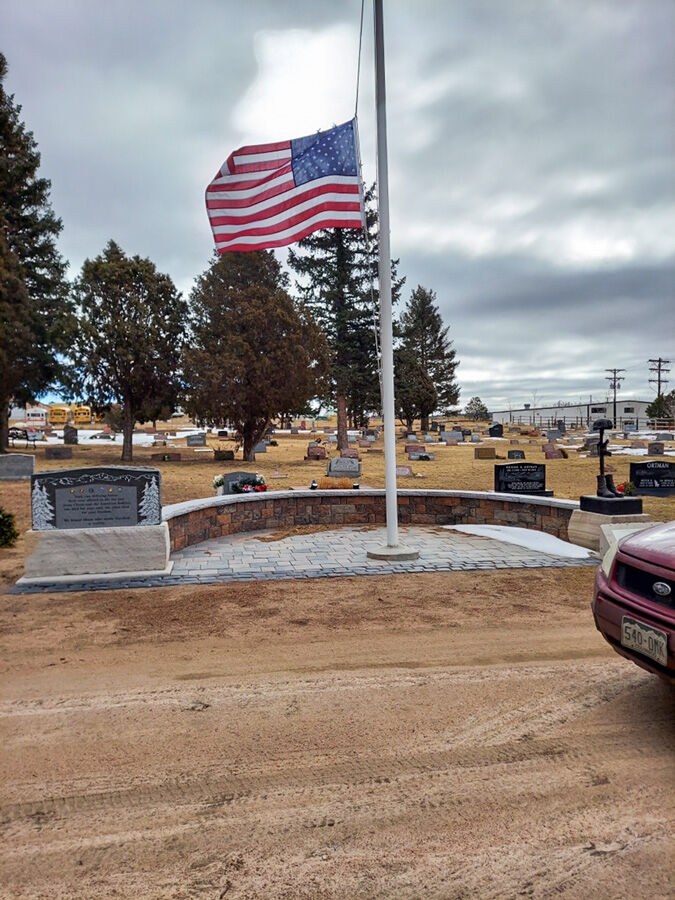 The memorial sits near the flagpole.

The town of Monument sold five grave plots in city-owned Monument Cemetery to a Boy Scout’s family in an apparent effort to dodge a First Amendment lawsuit threatened by the Military Religious Freedom Foundation.

The plots, which cost $800 each, were sold on March 19, Monument Town Manager Mike Foreman says. That was weeks after the MRFF raised objections to a stone memorial monument installed there, with the city’s help, as the Eagle Scout project of Michael Carlson.

The memorial has this inscription: “Only two defining forces have ever offered to die for you, Jesus Christ and the American soldier. One died for your soul, the other died for your freedom. We honor those who made freedom a reality.”

In a Feb. 23 letter to Monument Mayor Don Wilson, MRFF founder and CEO Mikey Weinstein called it a “blatant” violation of the Constitution for the town to use taxpayer assets to promote any religious faith, in this case, Christianity.

Weinstein called the sales of the grave plots beneath and around the monument “shameful actions of deception,” but stopped short of saying MRFF would pursue legal action as initially threatened.

In a March 29 letter to MRFF, which the Indy reported that same day on its website, Stephanie N. Taub, senior counsel of Christian legal nonprofit First Liberty Institute, asked Weinstein to apologize to the Boy Scout who arranged for the memorial to be funded and installed last October.

“Your attack on a minor who simply intended to honor our veterans is profoundly disrespectful....”

First Liberty also wrote, “The Eagle Scout intended to use his voice to honor all brave men and women who have served in our armed forces. The memorial he created is privately designed, privately maintained and located on private burial plots in Monument Cemetery.”

But the plots were only purchased recently by the Scout’s family, which Weinstein says is a contrived solution to the problem. “Those plots were right next to the flag pole. That isn’t where you bury people,” he says.

As MRFF said in its February letter to the town, “The obviously and incontrovertibly sectarian, Christian proselytizing message of that Veterans Memorial would be absolutely fine in a private cemetery, but in a publicly maintained and controlled cemetery, as in this instant matter, it is quite unconstitutional and illegal.”

Local resident Renee Reif, a veteran and MRFF supporter, got into the debate by writing a letter to Foreman regarding the ownership transfer of the grave plots.

“I believe that your attorneys are WRONG about the ‘sale’ of those plots under the flag pole and religious memorial,” Reif wrote. “The family has purchased ‘rights’ to be buried there, not the ground itself.... The county assessor’s website states that this cemetery property is valued at $225,000, and as such, I would expect the assessor’s website to become updated with the current owner’s data. We all KNOW that the family did NOT buy the ‘land,’ but rather, purchased the ‘right’ to be buried on city property. There’s a difference and your lawyers have failed you.”

Reacting to the First Liberty Institute’s apology demand, Weinstein tells the Indy, “We have no issue with the Boy Scout. We have issues with the Boy Scout troop and the town of Monument, and government dollars being used to place it and maintain it. And what of the illegal [appropriating] of the logos of the Department of Defense?”

That’s a reference to the monument bearing the logos of the Defense Department’s military branches, which requires prior approval for use.

Foreman says First Liberty Institute took on the case on Monument’s behalf at no charge. “We’re not paying anything. They offered us a contract for no money in return,” he says.

First Liberty’s website describes the organization is being “dedicated to defending religious liberty for all Americans,” though it stands for largely conservative and Christian causes.

In fact, Weinstein notes that the Southern Poverty Law Center describes First Liberty Institute on their website this way: “The First Liberty Institute (formerly Liberty Legal Institute), founded by Texas attorney and longtime anti-LGBT and anti-choice activist Kelly Shackelford in 1997. Like other organizations of the Christian Right, FLI paints Christians as ‘victims’ of oppression and works to implement anti-LGBT policies and push lawsuits that could codify discrimination against LGBT people under the guise of so-called ‘religious liberty.’”

Weinstein also notes it’s ironic for the institute to take up this particular cause, given its crusade against the Boy Scouts allowing gay people as Scout leaders.

[A] Christian memorial ... honors Christian veterans to the exclusion of ALL others.

Weinstein also says via email, “MRFF has a very long history with First Liberty,” and pointed to past controversies in which “First Liberty lied about both MRFF and the cases we were involved in and MRFF’s responses.”

Weinstein issued a statement on March 29, saying, in part, “MRFF decries and condemns First Liberty and the Town of Monument, Colorado’s deplorable, cowardly and transparent attempts to use Eagle Scout Michael Carlson as a veritable ‘human shield.’ It is fittingly beyond hypocritical for First Liberty to somehow attempt to be a supporter of the Boy Scouts of America given their well-established record of publicly slamming the Boy Scouts for their inclusion of LGBTQ scouts amidst their ranks.”

Weinstein adds that First Liberty’s claim that the Scout wanted to honor “all brave men and women who have served in our armed forces” is “a pathetic statement [that] completely and shamefully ignores the indisputably obvious fact that a specifically and blatantly sectarian Christian memorial in NO way honors ‘ALL’ veterans, but only honors Christian veterans to the exclusion of ALL others.”