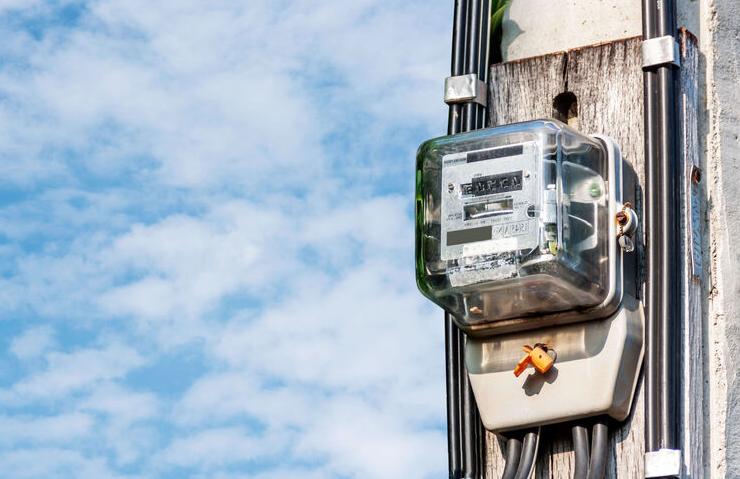 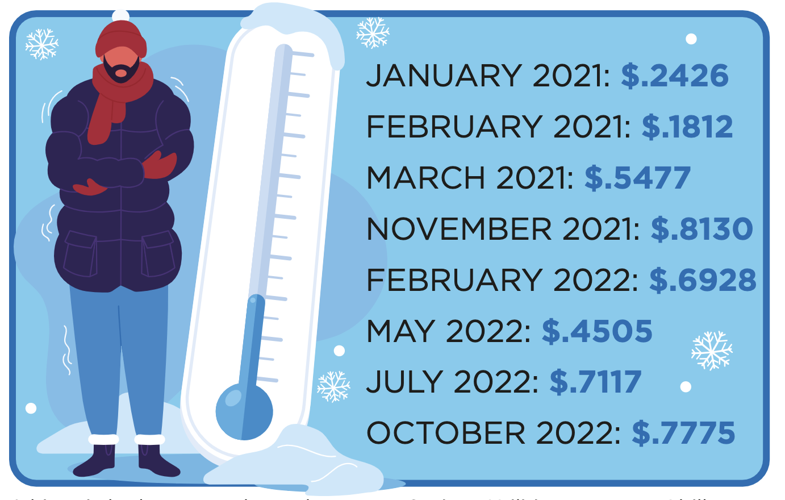 When Old Man Winter bears down in coming months, Colorado Springs Utilities’ customers might be surprised to see their natural gas rates either remain stable or decline from last year.

That’s because the city-owned utility passes fuel charges directly on to customers, and the natural gas market, while volatile, isn’t showing signs that prices will go into orbit.

After City Council, which also serves as the Utilities Board, adopted a higher gas cost adjustment (GCA) effective Oct. 1, the increase forced the gas portion of a typical residential bill up by only $4 a month (5.7 percent) from its previous level. Because the Electric Cost Adjustment for fuel dipped by about 4.3 percent, the typical total monthly bill changed only slightly, going down from $287.33 to $287.01.

Commercial and industrial bills also changed, but not by much. A commercial bill went up by just under 2 percent ($45), and an industrial customer saw a decline of 2.6 percent, or a dip of $1,624.

Moreover, Utilities might seek to lower the natural gas cost adjustment in December, depending on the performance of the gas market, says Scott Shirola, Utilities manager of pricing and rates.

“Through October,” he said in an Oct. 28 interview, “we’ve continued to see those lower projected prices in the market.”

Here’s more good news: Going into this winter, Utilities’ Project COPE fund — which helps with utility bills for those in crisis who struggle to pay, regardless of income — stands at over $3 million, about $500,000 more than this time last year.

Due to the war in Ukraine and market factors, natural gas prices remain highly unstable.

Shirola says his team looks for ways to hedge against price spikes, buying supplies when prices are low, usually in the summer, and storing it underground for winter use.

After gas prices spiked in February 2021 during a severe winter storm affecting the country’s midsection, Utilities imposed gas cost adjustments (GCAs) and electric cost adjustments (ECAs) on bills for up to 14 months to recover the more than $100 million it had to spend to buy fuel during that storm. Those increases expired last spring.

Prices have fluctuated since.

In July, forecasters predicted prices below $6 per dekatherm, a unit of measure for natural gas, in the coming winter. But by September, forecasters set the price at around $10. (The actual price in September was $8.50, he says.)

Basing a GCA on the $10 prediction, the Utilities Board adopted an increase effective Oct. 1. But the actual cost in October turned out to be about $5.25 to $5.75.

Then, forecasters called for the winter peak season to see prices reach only $7.75, Shirola says.

“Each quarter we plan to file adjustments, but we provide a monthly report to show where the actuals have changed and where projected prices have changed, how they’re trending,” he says.

If prices stay low in November, he says, that could bring an out-of-cycle rate case to lower the GCA before Jan. 1, he says.

Falling gas prices prompted Colorado Natural Gas to recently notify customers in some parts of Colorado, including Cripple Creek, that its GCA would be reduced by up to 13.7 percent.

Utilities spokeswoman Danielle Nieves says Springs Utilities’ bills compare favorably with those of other providers along the Front Range.

For those unable to pay higher utility bills, Project COPE is available.

“We work closely with our customers to make sure they keep their services with us, and avoid any disconnects because of an inability to pay,” Nieves says in an email. Customers are given 30 days’ notice before a disconnect.

Customers can call 719-448-4800 if they need help making a payment arrangement or other assistance.

The COPE fund, composed of donations from Springs Utilities employees, businesses and customers that are matched by Utilities, totaled $3.1 million as of Oct. 1, compared to $2.5 million last October. Nieves says officials expect more money will be needed this winter, because federal funding previously available during the pandemic is winding down.

Foundation donations to COPE are down almost 12 percent this year compared to last, Nieves says.

Colorado’s federally funded Low-income Energy Assistance Program (LEAP), which helps pay a portion of winter home heating costs for Coloradans earning up to 60 percent of the state median income level, opened Nov. 1. The state announced receipt of $64.1 million from the federal government’s $4.5 billion allocated to LEAP. Clients can receive a one-time payment made directly to the utility company. Last winter, 84,000 recipients received an average benefit of $990.