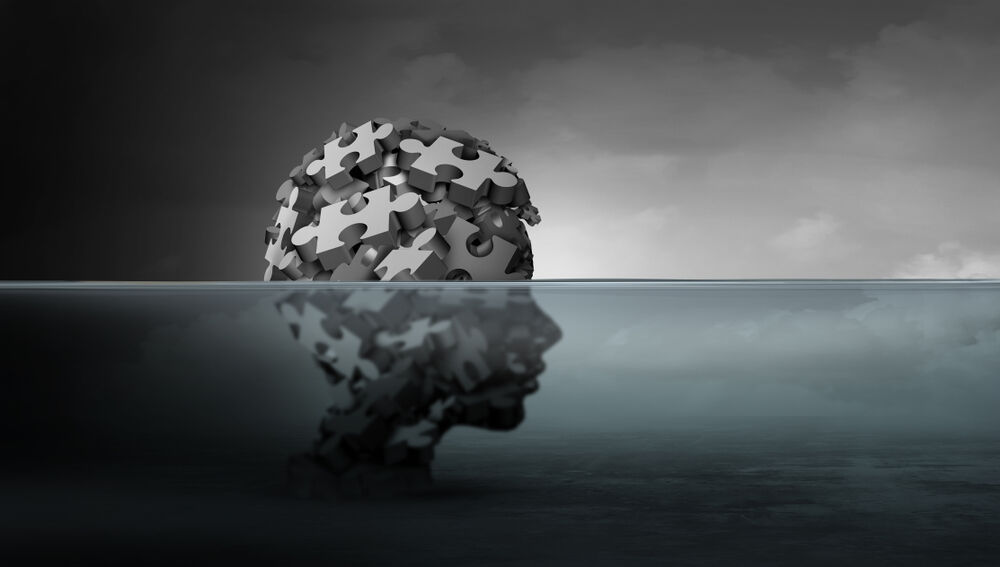 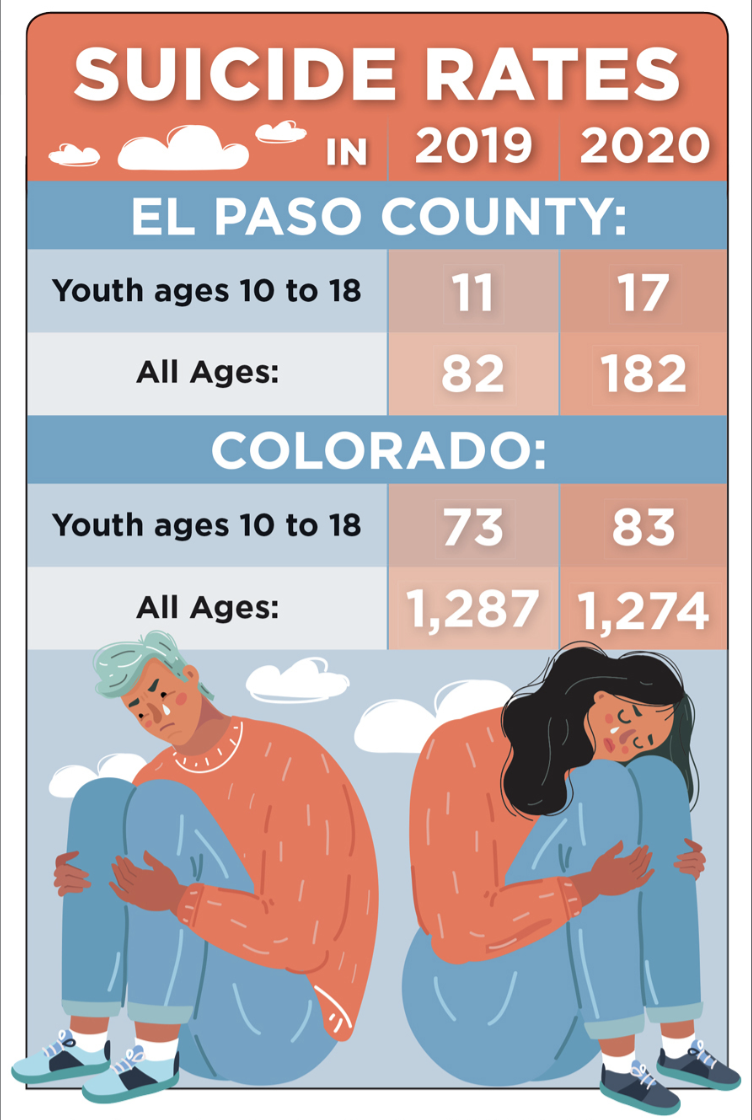 Even now, a year into the COVID-19 pandemic, more than 113 million people fully vaccinated against the novel coronavirus worldwide and about two million shots administered every day in the United States alone, how long the current health crisis will last remains an open question. While epidemiologists consider whether public health efforts will be sufficient to avoid a future where the virus becomes endemic, some mental health professionals have also seen signs of an emerging psychosocial crisis that may be running parallel to — and might outlast — the pandemic.

“There are surveys and reports that document already an increase in symptoms of anxiety, depression and distress all around the world,” says Dr. Imad Melhem, a psychiatrist who works as the chief medical officer at Diversus Health, the largest community mental health provider in southern Colorado.

A nationwide survey researchers at the Centers for Disease Control and Prevention took in June of last year returned results that seemed to support the widely posited theory that the illness, death, social isolation and economic devastation caused by the pandemic would have an adverse effect on mental health. Over 40 percent of 5,412 American respondents ages 18 and above reported symptoms of anxiety, depression or increased substance abuse, which they believed to be directly correlated with the public health crisis. Around 11 percent says they had seriously considered suicide in the 30 days prior to completing the survey. By contrast, only four percent of respondents in a 2018 CDC survey says they had been suicidal.

On March 26, the CDC published the results of another survey that attempted to gauge mental health in the United States. It found that the percentage of adults with “recent symptoms of anxiety or a depressive disorder” increased from 36.4 percent to 41.5 percent from August of 2020 to February of this year. Americans between the ages of 18 and 29 with less than a high school education showed the largest increases in mental health problems.

While the CDC has yet to release data on the number of suicides that took place in the United States in 2020, provisional numbers the Colorado Department of Health & Environment released to the Indy in late March showed that suicides overall across the state and in El Paso County showed no notable trend from 2019 to 2020. In fact, the data actually showed a decrease in total suicides statewide, from 1,287 and 1,274, respectively. Meanwhile, El Paso County showed no change in the overall number of suicides, with 182 self-inflicted deaths recorded in both 2019 and 2020.

Youth suicide data, however, tells a different story, as it does in other parts of the world, like Europe, where it appears that depression among young people has been on the rise since last year. A total of 73 youth (ages 10 to 18) committed suicide in Colorado in 2019, versus 83 in 2020, or a 13 percent increase. In El Paso County, 11 youth took their own lives in 2019, compared with 17 in 2020, a 54 percent increase.

Melhem says that trend follows an uptick he has seen in youth seeking psychiatric help over the course of the pandemic.

“Even though as an adolescent you’re not facing a job loss or a fear of isolation or fear of not being able to provide for your family as a kid, but more there’s that whole change in habits and connectivity with your friends,” he says. “With their socialization really switching into an alternative mode of life, that would be one thing that I’m pretty sure will be studied from a sociological perspective and from a psychological perspective.”

School closures are believed to account for much of the new mental distress observed in and reported by youth during the pandemic, particularly in those for whom school provided a kind of saving grace from abusive homes. Another CDC study published in November of 2020 showed that the proportion of emergency room visits for children experiencing a mental health crisis increased by as much as 31 percent from April through October compared to the same period in 2019.

Still, it may be too early to tell whether the increases in mental health reports noted over the course of the pandemic are directly tied to the public health crisis itself. For many years, suicide has remained the second leading cause of death among people ages 10 to 24 in the United States, according to the CDC, and self harm in general has been rising in the United States since the beginning of the 21st century. According to the National Center for Health Statistics, the suicide rate in the U.S. increased by 33 percent from 1999 to 2017. In low- or middle-income countries, suicide is the leading cause of death among adolescents, according to the World Health Organization.

Jessica Kell, the chief clinical officer at Diversus, says there is already evidence to show that the reduction in physical human contact over the past year might also be taking a toll on mental health.

“If you think about how we are conditioned early on in life, the studies that have been done about babies who are not touched and who do not have that skin contact – you just go from there,” she says. “The way that we comfort others; the way that we self relegate and self soothe; the way that we mirror other people’s emotions and facial expressions and body language and the way we talk; the way that we even kind of bridge gaps between people when there’s maybe a level of insecurity or hostility or frustration. We have all these kind of innate very physical ways of engaging with people, so the more flat that becomes — because now it’s all happening on a screen — the more you kind of desensitize yourself to that human experience that is so much a part of who we are.”

Melhem says the World Health Organization is expecting the pandemic will result in a kind of “mass trauma, comparing it to World War I, or the Spanish Flu, where a lot of things happened at the same time. But they also talk about how there is a possibility to also bounce back, so they also believe in resilience.”

“Eighty-five percent of people who are exposed to a horrible trauma do not develop PTSD,” he says. “We think the statistic of people who actually develop it is closer to five, 10 or maybe even 15 percent. It’s debatable, but not everybody develops PTSD. Eighty-five percent of people are resilient. They go, ‘God that was horrible, but let’s get on with life.’ We’ve managed to overcome horrible things in our own lives: deaths and divorce and disease and all kinds of stuff. And mostly people walk around fairly happy. So I think we’re underestimating the resilience.”

Kim Butler, who served as the director of Winslow Court Retirement Community in Colorado Springs for 10 years before becoming a full-time counseling intern student at Adams State University this year, has seen how the pandemic has taken a toll on people both old and young. Eleven residents at Winslow Court died of COVID-19 last year.

“You really started to see the effects of the isolation, the increased depression, the increased dementia symptoms, the isolation from family members not being able to come in and visit,” she says. “Then it became this sort of chronic thing versus an acute situation. Now we’re dealing with a long-term chronic effect of people not getting their social and psychosocial needs met.”

Butler also has a 13-year-old, who was just beginning junior high when students were pulled out of the classroom in 2020. She says that interruption in education and development for young people might have been necessary to slow the spread of the virus, but it also must come at a cost, even it isn’t as easy to tally as virus infections and COVID-19 deaths.

“There certainly is a huge dissonance between telling your kids that it’s OK to go hug grandma and then saying, ‘Don’t touch grandma,’ ” Kell said. “ That’s extremely difficult to understand, and for people who have trauma histories or mental health problems or who are already depressed, to not have any of those kinds of physical reinforcers of, ‘I’m here. I’m tangible. Someone has reached out and connected with me.’ That undefined kind of feeling you get when someone puts their hand on your shoulder, we’ve lost that.”

Contact the National Suicide Prevention Hotline at 800-273-8255 for help and resources.