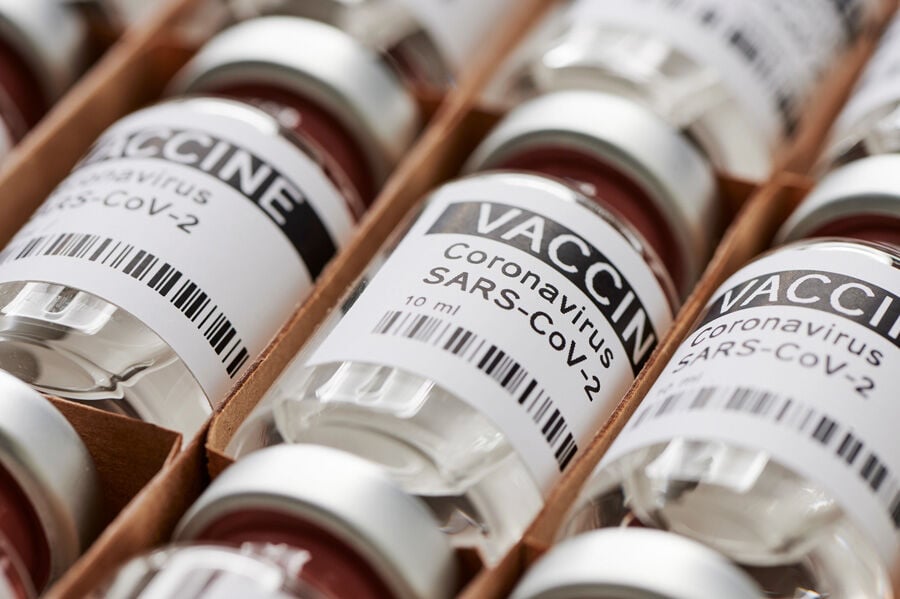 The unvaccinated put everyone at risk. 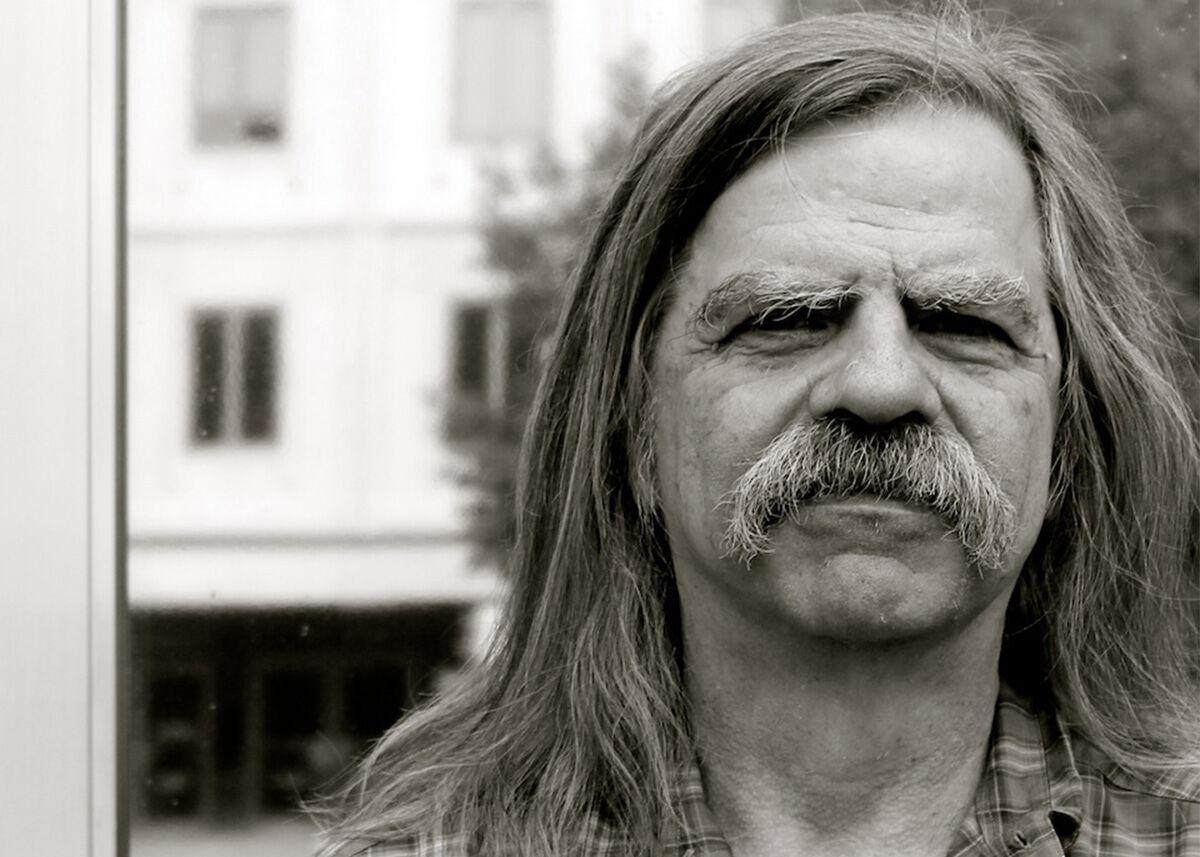 I’m told that people like me should be sympathetic to those tens of millions of Americans who haven’t been vaccinated against the coronavirus, even as new cases and hospitalizations and deaths are climbing again, thanks to the highly contagious Delta variant.

I’m trying even as Centers for Disease Control Director Rochelle Walensky says we are at “another pivotal point” in dealing with the virus. And in case you were wondering, “pivotal point” would be basically the opposite of “mission accomplished.” Doesn’t Joe Biden’s Fourth of July picnic seem such a long time ago?

I’m trying, even though I’m pretty sure Walensky’s words will be largely ignored except by those who have already been vaccinated. And for that matter, many experts are now saying that the CDC is behind the times and must return to encouraging everyone, vaccinated or not, to wear masks indoors, as they’ve mandated again in Los Angeles and in other places. In Boston, they’ve just announced that all public school students must be masked.

The irony here, of course, is that for all the anti-maskers, if nearly everyone gets the shots, which work incredibly well, then no one would have to wear masks.

So sympathy? Sure, I understand that many of the vaccine resisters have been manipulated by the Tucker Carlsons of the world, by the Rand Pauls of the world (did you enjoy, like me, Dr. Anthony Fauci’s most recent takedown of Paul?), by the many GOP politicians who don’t have the guts to admit to their political base that they and their families have actually been vaccinated, by social media platforms that clearly play a role (although not nearly as big a role as Biden seems to think), by the misinformation and disinformation running rampant across the country.

But misinformation, particularly when it’s opposed in so many forums with valid information, does not survive, and certainly does not thrive, without a willing audience.

So when I’m asked to be sympathetic to the 44 percent of Republicans who, according to a YouGov poll, believe Bill Gates wants to use the COVID vaccine to implant microchips in people so he can track them digitally, my sympathy quotient all but disappears. This isn’t about anti-vaxxers. It’s about lunacy.

This isn’t about anti-vaxxers. It’s about lunacy.

I mean, Donald Trump gets the virus, gets treatment unavailable to most people, then gets the vaccine himself and still won’t play any kind of serious role in encouraging people to get vaccinated. He wants the credit for the speed in which the miraculous vaccines were developed, but doesn’t care if people use them. I’m old enough, which is really old, to remember when the polio vaccine was discovered. Imagine Jonas Salk saying, “Yeah, I’ve got your vaccine, but it’s up to you if you want to take advantage of it. I can go either way.”

In fact, even as we renew the absurd debate over whether schoolchildren should be required to wear masks when, of course, they should, I’m moving more and more back to the M-word school of thought. Here in Colorado, they’re leaving the mask issue up to the various school districts, which have been slow in coming around to mandates.

As the virus spreads again, as children are being hit more often than before, do you really want your kids in school without masks, which provide a level of defense against the virus? In elementary schools, kids can’t get vaccinated. They don’t have a choice. Is there anyone who doesn’t want to protect them? In high school, most kids haven’t yet gotten vaccinated, and people are talking about an honor system where only unvaccinated kids will wear masks.

Sympathetic? Yes, but I’m also trying not to laugh. Have you ever met or ever been a teenager? This is why the American Academy of Pediatrics is recommending that all students above the age of 2 years old, vaccinated or not, wear masks. According to the academy’s data, children account for 22 percent of new cases. Serious cases and death are, thankfully, still relatively rare for children, but the numbers are growing. A year ago, children accounted for 3 percent of cases.

We need mandates. Shouldn’t hospital workers be required to have the vaccines as a matter of employment? Shouldn’t teachers be required? Police? Firefighters? There’s a long list.

We need vaccine passports. Shouldn’t states offer a passport — even if your more, uh, less-informed representatives think that’s how the Nazis did it — and encourage businesses like restaurants and bars and baseball stadiums to use them?

Mostly, what we need to do is get serious.

How about this for a mandate? The National Football League has just instituted a mandate without calling it a mandate. It’s pretty sneaky, but I’m guessing it will be effective. The NFL has said that if a game is postponed because of a COVID outbreak and can’t be rescheduled — and rescheduling in the NFL is quite difficult — the team with the COVID issue will be forced to forfeit the game at the cost of many millions of dollars, not to mention the team’s place in the standings. One player threatened — by Twitter, of course — to quit over the non-mandate mandate. He then de-tweeted his tweet.

A friend asked me the other day what Republicans would do if someone — say the Chinese — had somehow weaponized a virus that affected only Republicans. Would they still refuse to get a vaccine to own the libs? I know there is legitimate fear in some communities. I know access still remains a problem. But come on. Most people who went to school before there was any need for masks must have learned at least simple arithmetic.

Here’s math at its most basic. As of now, more than 80 percent of the new cases are of the Delta variant, and more than 99 percent of the deaths are among the unvaccinated. There is growth once again in every state. There is rapid growth in many parts of many states — you can see wide variations in vaccination rates neighborhood to neighborhood — as in, say, Mesa County. And what’s almost certain is that matters will grow worse, as they tend to do with viruses, come the fall and winter. And while vaccines work, they’re not 100 percent, so the unvaccinated affect the vaccinated, too, which includes every kid under 12 years old.

It has gotten bad enough that people like Sean Hannity are now sort of encouraging people to get vaccinated — which he now, for the record, denies — and Fox News is running PSAs on vaccines. It has gotten bad enough that Alabama Gov. Kay Ivey, a Republican, says “it’s time to start blaming the unvaccinated folks” for the rapid rise there in COVID cases. In Alabama, it should be noted that only around a third of adults have been vaccinated, and Ivey doesn’t seem to be sympathetic at all. You think maybe Ivey is letting herself off the hook here?

When I got up Friday, I took a quick peek at the Olympics Opening Ceremonies, and nearly all those participating in the Parade of Nations were wearing masks. That was smart, even though they were marching before a nearly empty stadium. They’re marching, and competing, in a country that is under a state of COVID emergency. In a serious world, would they be holding the Olympics there?

It’s discouraging that so many refuse vaccines. It’s maddening that the variant has been allowed to spread so quickly. But what’s just as maddening is the lack of urgency in dealing with it. This is not OK. To borrow a line from one of my favorite movies, we’re pretty bleeping far from OK.

A Plea for Justice